Yesterday was my eighth time running up Grays and Torreys from Bakersville in the past eight weeks. After coming back from a summer spent at sea level, and initially thinking altitude was no big deal, I've been heading up to Bakersville once a week. I've grown to really enjoy this run, although I'm never super excited when I initially head out - the run up the road, the suffering, etc. However, after the initial warmup I've grown to like the overall run, distance, and vertical gain. It is one of the only runs I know of that allows for 5,300' of gain in one single go. My goal has been to get myself accustomed to this type of run so that I have no recovery issues, and can put in a solid effort the following day. I think if I can bang this run out regularly and then feel good the next day, I'll start to gain some solid fitness. My times so far have been: 3:30, 3:25, 3:21, 3:25, 3:23, 3:30, 3:34. The last two slowed down because there has been either snow or ice on the trail. Yesterday, I threw in the northeast ridge of Kelso Mountain, which adds a fun class 2/3 ridge of about 1,800' to the overall vertical gain. The distance, however, stays the same (14.5 miles rt). It took me 4:30. The winter season is fast approaching - there were high winds yesterday that made me literally crawl on all fours at times, anywhere from no snow to 6 plus inches on the trail, ice, etc. In the back of my mind I'm hoping to keep this up all winter, but we will see. I only got one photo from yesterday because my stupid camera batteries died (and the backup set I had). 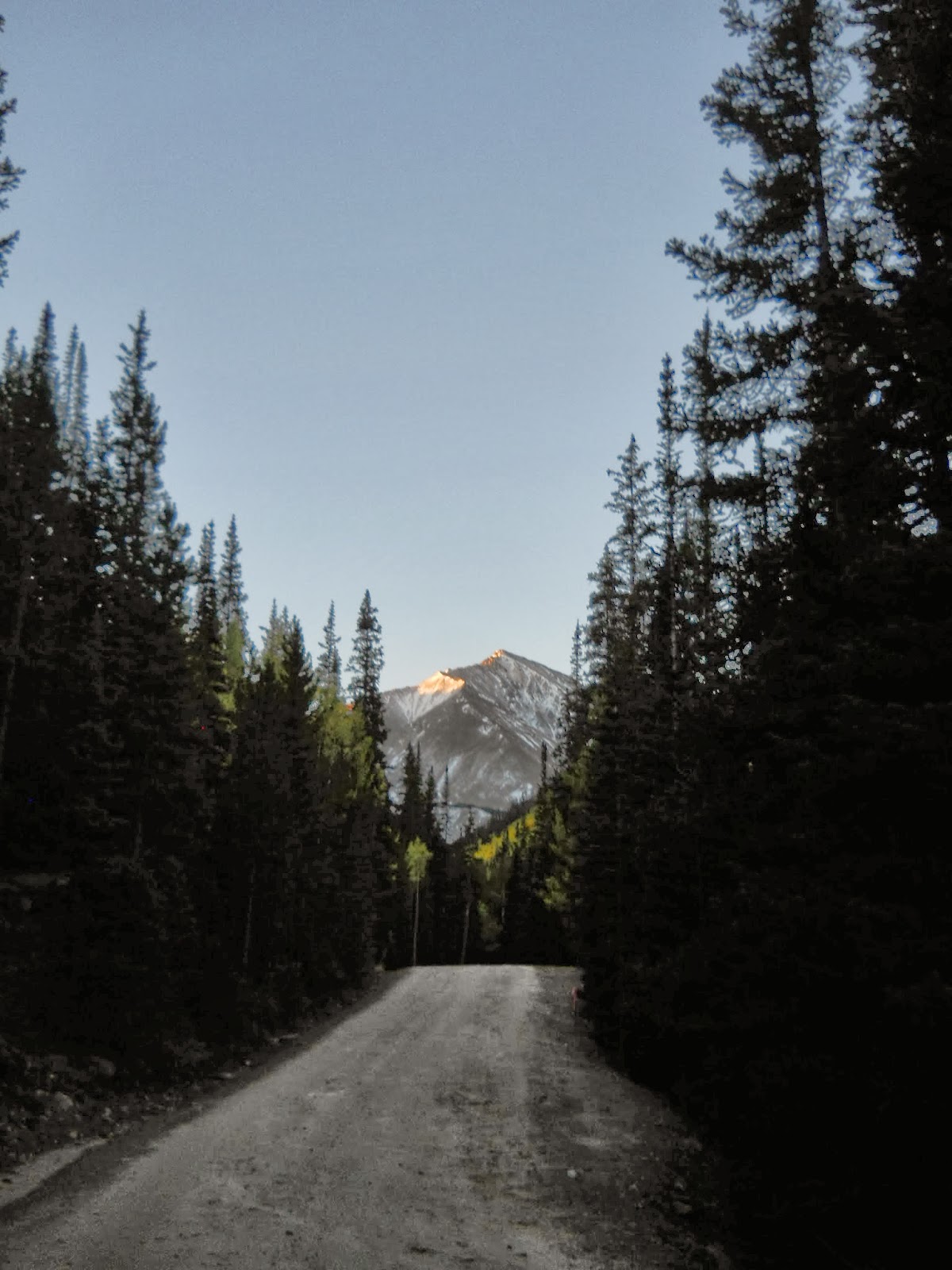 The below photo is from our condo early one morning last week. 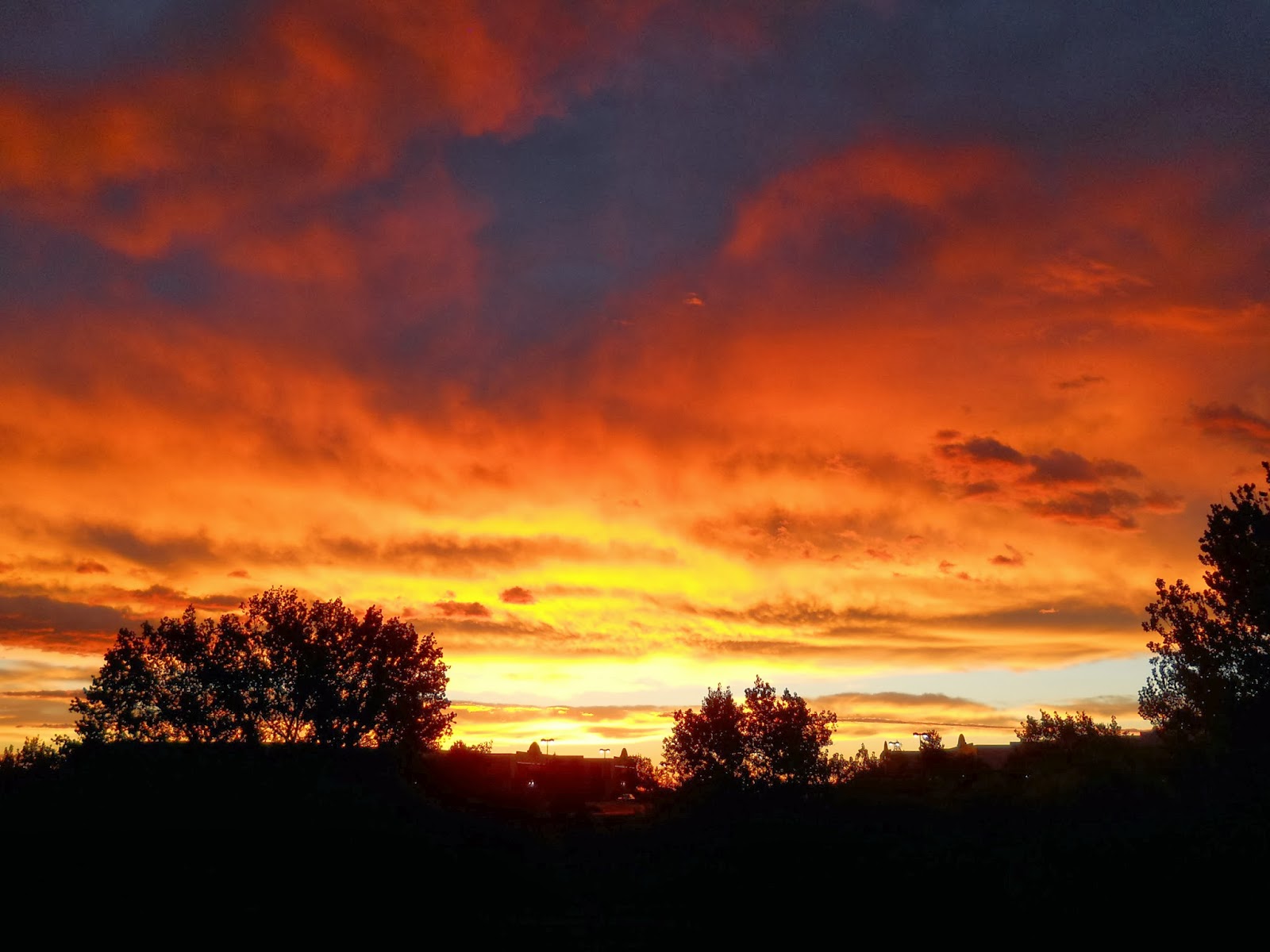 I'm helping with this great event that is coming up this Saturday. Passing along for any others that might want to attend - it's free but they are asking for donations if you can. 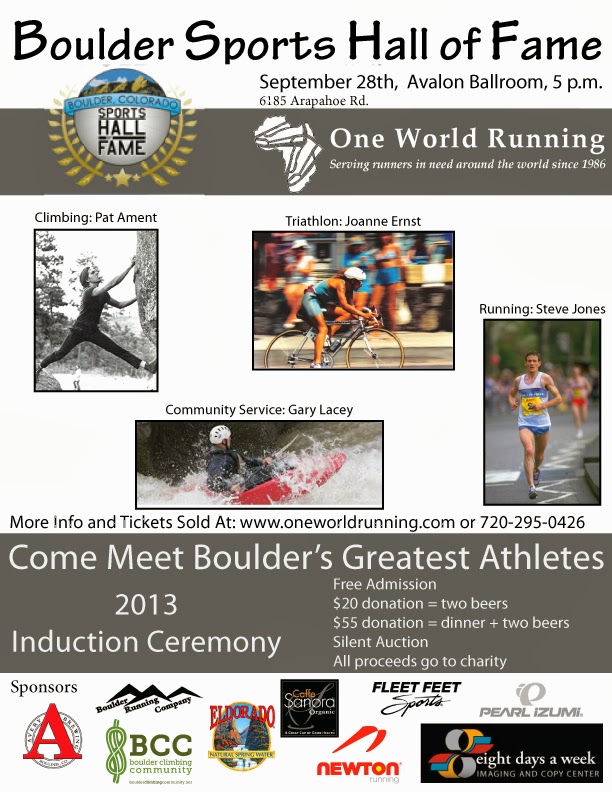 Sept. 28
Help out those in need while mingling with some of Boulder’s greatest endurance athletes followed by a dance party.
WHAT: Boulder Sports Hall of Fame Induction Ceremony
Joanne Ernst (Triathlon), Dale Stetina (Cycling; who will not be able to attend), Gary Lacy (Community Service), Steve Jones (Running); and Pat Ament (Climbing).
WHERE: Avalon Ballroom, 6193 Arapahoe,
WHEN: Sept. 28 ... cocktail hour/silent auction opens at 5 p.m.; Induction 7-9 p.m. dance ends at 11 p.m.
Donate your shoes and athletic clothing at the door for distribution to flood victims and to others in need, through the Fourmile Fire Department.
COST:  No charge; drink and dinner tickets available. www.boulderclimbingcommunity.net or www.oneworldrunning.com Email: boulderclimbingcommunity@gmail.com or  oneworldrunning@gmail.com Phone:  720 295-0426.

Funds for the Fourmile Canyon Fire Department, to aid flood victims, can be donated at the Sept. 28 induction ceremony. The event is an all-volunteer effort, coordinated by the Boulder Climbing Community and One World Running, two local non-profit organizations.


Criteria include five years living in Boulder County, as well as significant accomplishments in each individual's sports. Each sport has its own selection committee. Details, or to nominate local athletes for future classes: oneworldrunning@gmail.com.

RUNNING: Steve Jones, 58,  is considered one of the greatest marathoners ever. A former marathon and half marathon world record holder, his 1986 Chicago Marathon win is still ranked among the best races ever.

COMMUNITY SERVICE: Gary Lacy is person most responsible for Boulder's creek and bike path system. After being hired by Susan Osborne nearly 30 years ago, as the City's greenbelt coordinator, Lacy overcame tremendous obstacles, from residents, bureaucracies and nature, in pushing to get the bike path installed. A longtime outdoorsman, Lacy also designed and put in the kayak course on Boulder Creek.

CYCLING: Dale Stetina, 57, Dale was a Olympic cyclist; a long-time U.S. member of the national team; U.S. road race national champ, and two-time winner of the Boulder-based Coors Classic, an event seminal in the development of the U.S. cycling boom. Dale hails from a cycling family; his father was a top cyclist in Indiana, and his three brothers also races. His son, Peter, is now a professional cyclist. Dale was seriously injured in an accident in Left Hand Canyon three weeks ago, and is recuperating. He will not be able to attend the Sept. 28 ceremony; his induction will be delayed until the 2014 event.

CLIMBING: Pat Ament, 67, is one of the most accomplished climber/writers ever. His books include "High over Boulder,"; "Masters of Rock"; "Eldorado -- A Rock Climber's Guide" and "Climbing Everest." Ament, a photographer, film maker, poet and artist, began climbing in the late 1950s. He used his collegiate gymnast skills to put up first ascents and "challenging problems" on Flagstaff Mountain in Boulder and elsewhere. During his five decades of climbing, Pat climbed with some of the best, including Layton Kor, the late climbing legend who was the 2011 Boulder Sports Hall of Fame inductee.
No comments: Links to this post


Yesterday I ran the Lead King Loop race, which is a great low key race in Marble, Colorado. After not racing all summer - and living and training at sea level for much of that time - I was excited to do another mountain race before the season ended. The race is spectacular, with a solid climb of 3,000 in 5 miles up to a pass and then a fast rolling descent down into the Lead King basin where you run along the Crystal River for 10 miles before the final small two climbs back to Marble. The photo below shows you the Lead King Basin - I didn't take it, I was busy running ;). 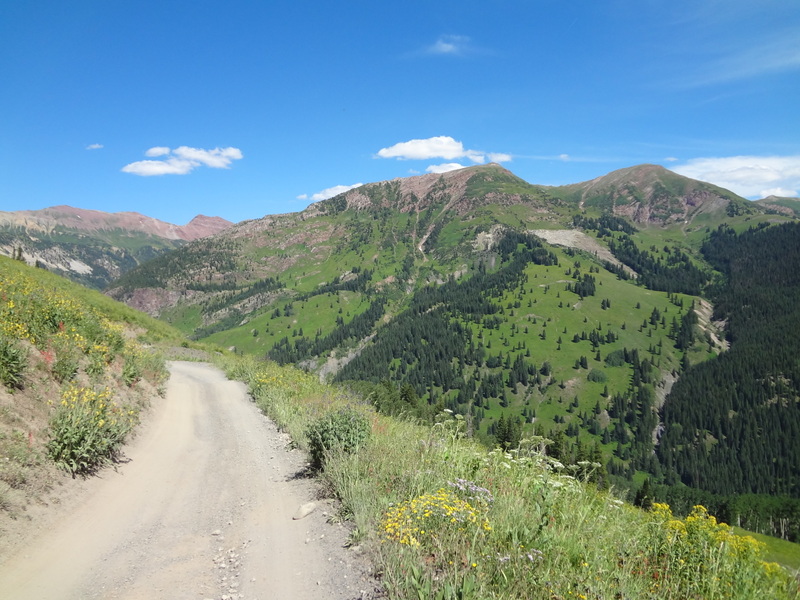 After a quick verbal "go" we were off at a bit after 8:40. The course follows a dirt road around a small lake before starting to climb up a 4x4 jeep road. I was in 8th place at the start of the climb, and although I was hoping to have a good race, within about 20 minutes I knew that I did not have the altitude training I needed. After spending a good part of the summer at sea level, I've only had a few opportunities to get up high since being back in Colorado, and I certainly felt it on the climb. So as I struggled to keep pace, several people passed me during the long climb to ~11,000. Once at the top of the climb, you crest a small pass and drop into the Lead King Basin and the headwaters of the Crystal River. The view is stunning, and fun peaks just begging to be run are all around. At this point, I was about in 20th place, and most people seemed to keep it mellow as we began the long descent back down. I kicked in to a high gear here, now that altitude was no longer an issue, and just bombed down the steep, technical, rocky 4x4 road. Within about 2 miles I had made up 6 places. After about 4 miles and 2,500 of descent, the course follows right along the beautiful Crystal River, passing through the town of Crystal. The next 4 miles along the river proved to be a bit slower, as you had to constantly avoid random water holes by running on the edges of the track. I was still gunning, but starting to slow down a bit and only caught 2 more people. Finally, the last 2.5 miles involve two short but draining climbs up out of the Crystal River and over a small hump before the final descent back into Marble. I could see 10th and 11th place during this point, but didn't have the juice to catch them (altitude again), so I had to be content with rolling in for 12th place with a time of 2:34.

The race is really great, with one of the more beautiful courses I know of in Colorado, a solid mountain climb, and great food and community. Props to the aid station volunteers who got stuff way up there, and to everyone involved. Plus, the event is a fundraiser for the local school, so it is a great cause.  I highly recommend this event!
No comments: Links to this post