Last Saturday, way out in the Tushar Mountains, was the Tushar 93K race. Part of the US Skyrunning Ultra series, this inaugural race came just 13 days after the Power of Four 50K in Aspen. After the Power of Four my quads had some pretty good DOMS, and I really didn't do much running. A couple days of rest and the DOMS wore off and I was able to run a couple good runs on the local hills. I felt fairly good about the upcoming race and was excited to get on the road.

We left Thursday after work and drove out to Grand Junction for the night, then continued on to Beaver, Utah the following day. There is not a lot to the town of Beaver, and hanging out in town one thinks they are in a semi-desert wasteland. However, driving up the canyon towards Eagle Point Ski Area and the start of the race, the environment begins to change and pretty soon you are up in the desert alpine of the Tushar Mountains. I didn't really pay much attention to the course profile or description, hoping not to scare myself or get too psyched out. Rather, I tried to just go into the race as a "long day in the mountains."

Saturday morning the race got under way at 5am. It was pretty casual, and we all started mellow under the fading light of the full moon. I quickly fell into pace with Scott out of Salt Lake and we joked how our goal was to finish before it got dark again - 16 hours roughly. Little did I know that that was just about right for me.

The course was killer. It was a massive lollipop course with one serious out and back at the half way point. All of the course was either at treeline or above it, with a few sections where you dropped down to around 10,000' before climbing back up to the alpine. Most of it was on singletrack or overgrown, grass slopes, some talus, a bit of alpine tundra, with a few small sections of jeep road thrown in for fun. There is very little that one would consider "smooth, flowy trail" but rather "tight, technical, rocky trail" is what the course consisted of. The views were out of this world, the wildflowers were over the top, and the summits made the long climbs worth it. It was a true Skyrunning course.

My race went well. I stayed consistent most of the day, just chugging along trying to run when I could, but mostly power-hiking as fast as I could. As the day wore on, despite being tired, I was pretty happy with how I felt - I was able to keep moving and my spirits were high all day. I can't say that was the case for everyone, as over half the field dropped or were timed out. I didn't bring my camera, something that I cursed myself for during the race as it was so beautiful, but I've stolen a couple photos from other runners to showcase just how amazing this course is.

I crossed the finish line just as it was getting too dark to see without a headlamp, almost exactly 16 hours after starting. That's right, it took me 16:02:47 to cover 57 miles and 16,500' of gain. Good enough for 18th place overall, 3rd master. The winner took over 12 hours, so that should give some idea of how brutal a course this was. The aid stations were amazing - one had a live red-tail hawk just hanging out - and the volunteers really made the race. Without them I doubt that I would have finished. 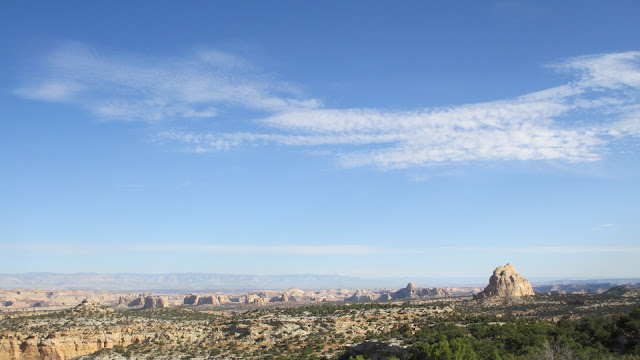 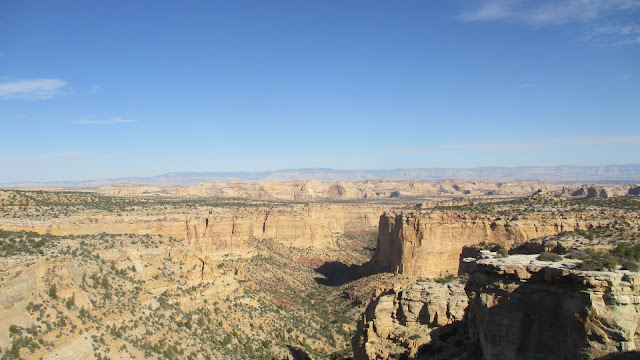 Views of the Swell on the way out... 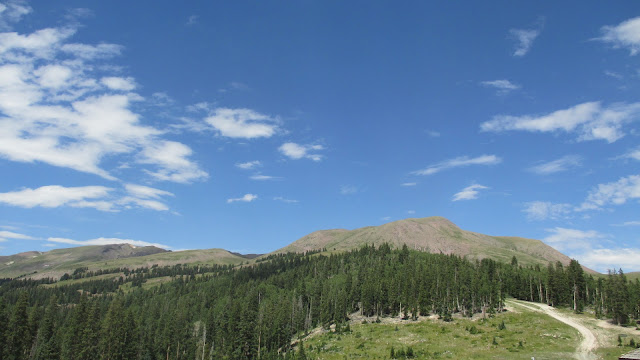 View from the start at Eagle Point Ski Area 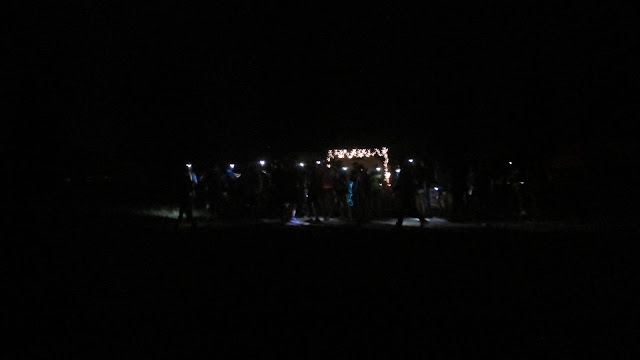 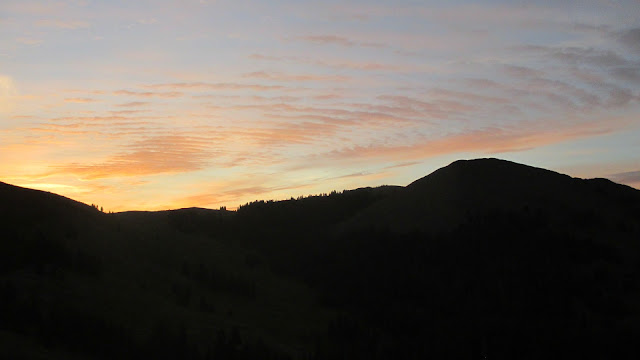 It was an amazing sunrise that morning... 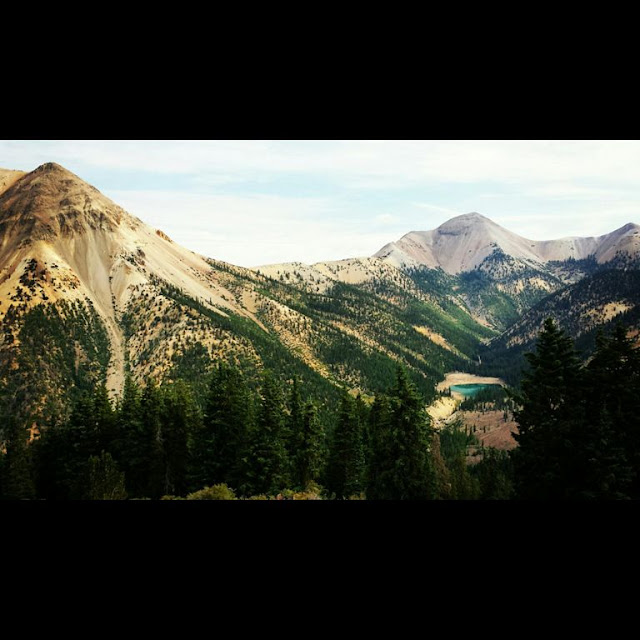 View of the Tushars looking down at Blue Lake. We descended all the way down to the lake, then climbed up past it and to a saddle just outside of the photo on the right. This was only the 5th of 11 climbs. Photo from Scott Zipprich. 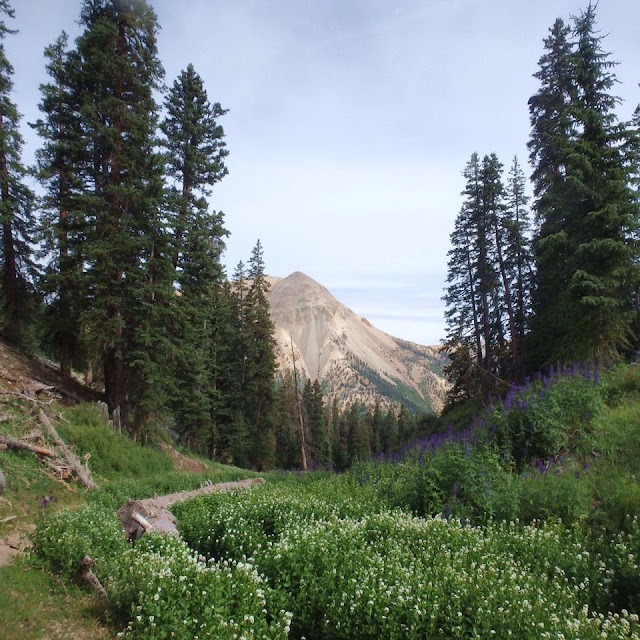 Typical view with wildflowers on the course. Photo from Scott Zipprich. 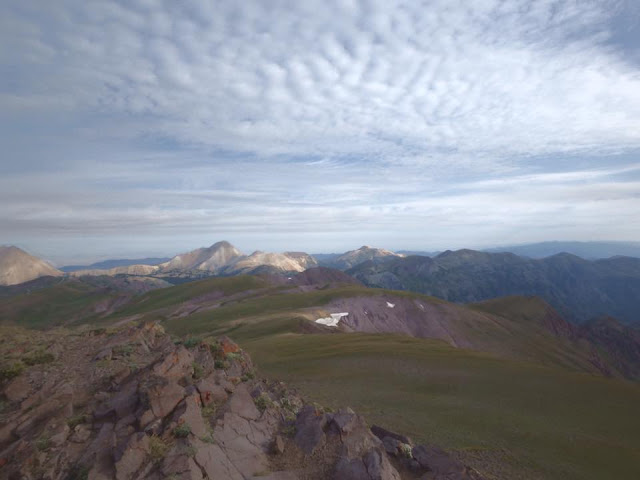 We ran along this for a bit - simply amazing! 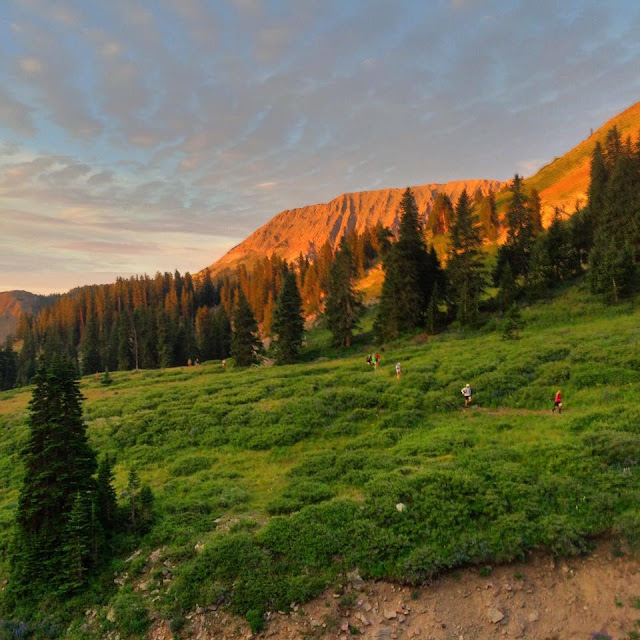 Sunrise with runners on the course. Photo from Austin Baird. 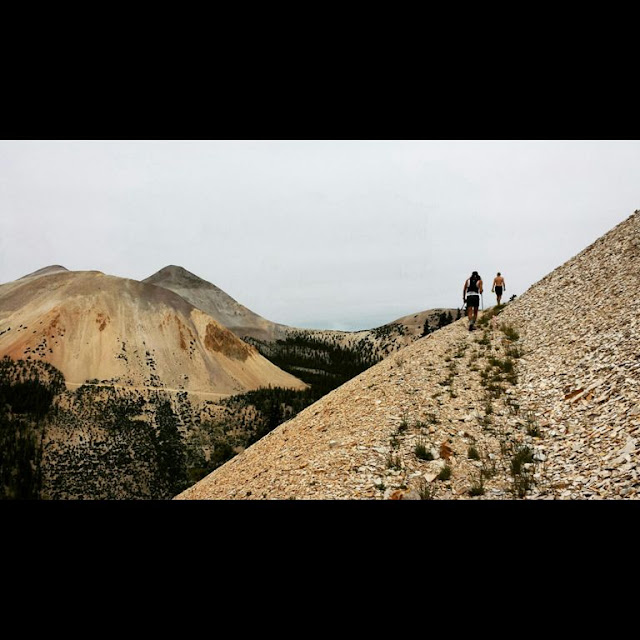 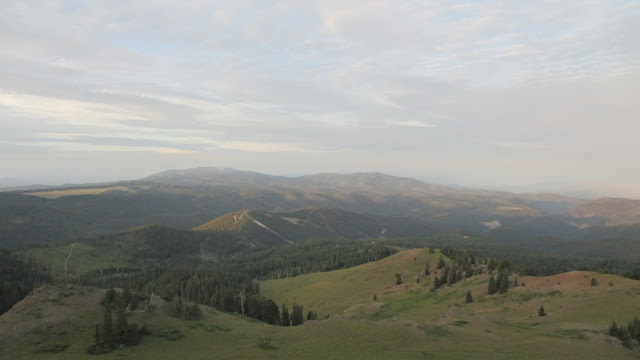 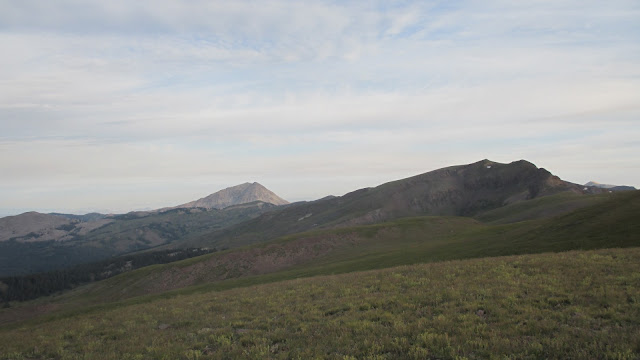 More views of the "course". 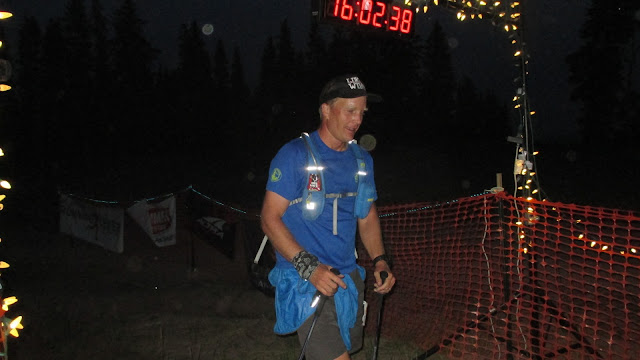 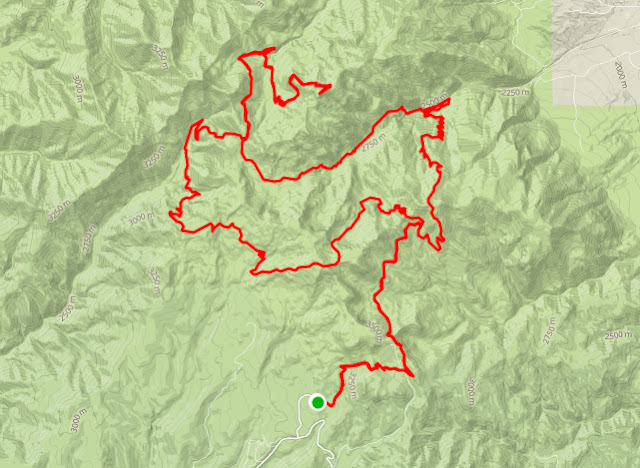