December 17-23 in Review and Barefoot Running and Running Economy

December 17-23 in Review and Barefoot Running and Running Economy

Friday: 7 hours standing and walking. Night fartleks on the Winter Park hill course. Worked on both short and longer intervals during the run, mostly on all of the hills really pushed as well as some shorter sprints on a couple flats. 1:04, 1,000' gain, 8 miles.

Trying to keep a good base for when spring rolls around, but right now simply getting in lots and lots of vert skiing. Really works the legs, requires some good endurance, and is a nice break from the pounding of running. I think I will be much better off then last spring, when I didn't start running until April 1. I have a couple FKT's that I want to do this summer, as well as continue to dabble in racing, and keeping a base over the winter will really help when I start to ramp up the miles, unlike last spring when I took a crash course in racing and running. 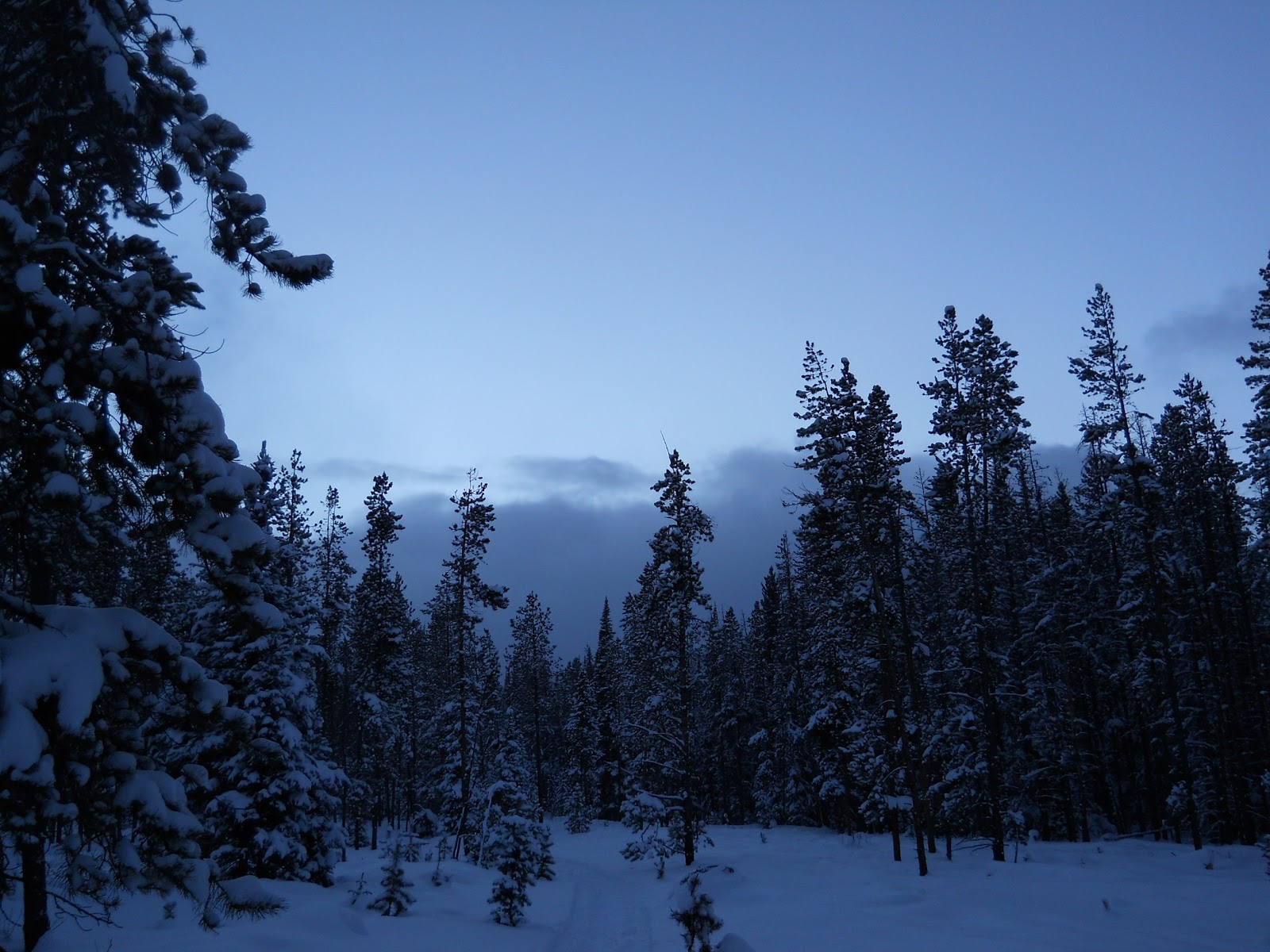 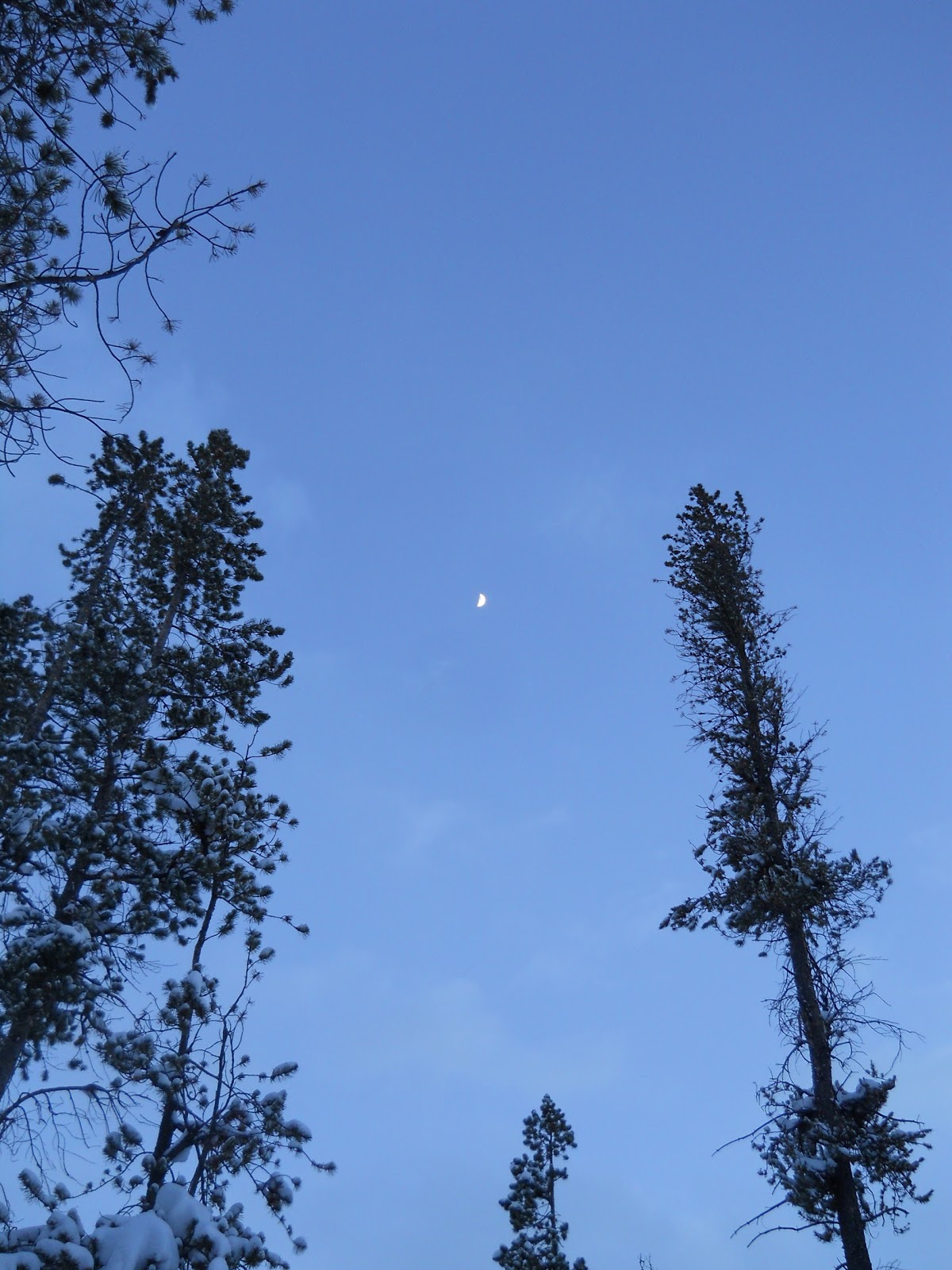 Monday: Cross-country off of St. Louis to Kings Creek to Leland and back. Everything is now fairly good to go, so the cross-country tracks are starting to get packed. 9 miles, ~1,000' gain, 1:20

Wednesday: Cross-country at night. Broke trail for around 4 miles, which was a lot of work on the skis I have. Unless the track is packed, they seem to be a bit short. Still fun at night. 8 miles, ~500' gain, 1:32

Friday: Cross-training in the gym. Doing one day a week of cross-training, stretching, and core strength stuff. Pretty mellow, but the active stretching and strength training seems to be good.

Sunday: WP Hills. A new run from home that incorporates all of the hills in town. 7 miles, 900' gain, :54 minutes. Tired and my calves were burning. Running on packed snow works the calves quite a bit - hope it pays off come spring/summer. 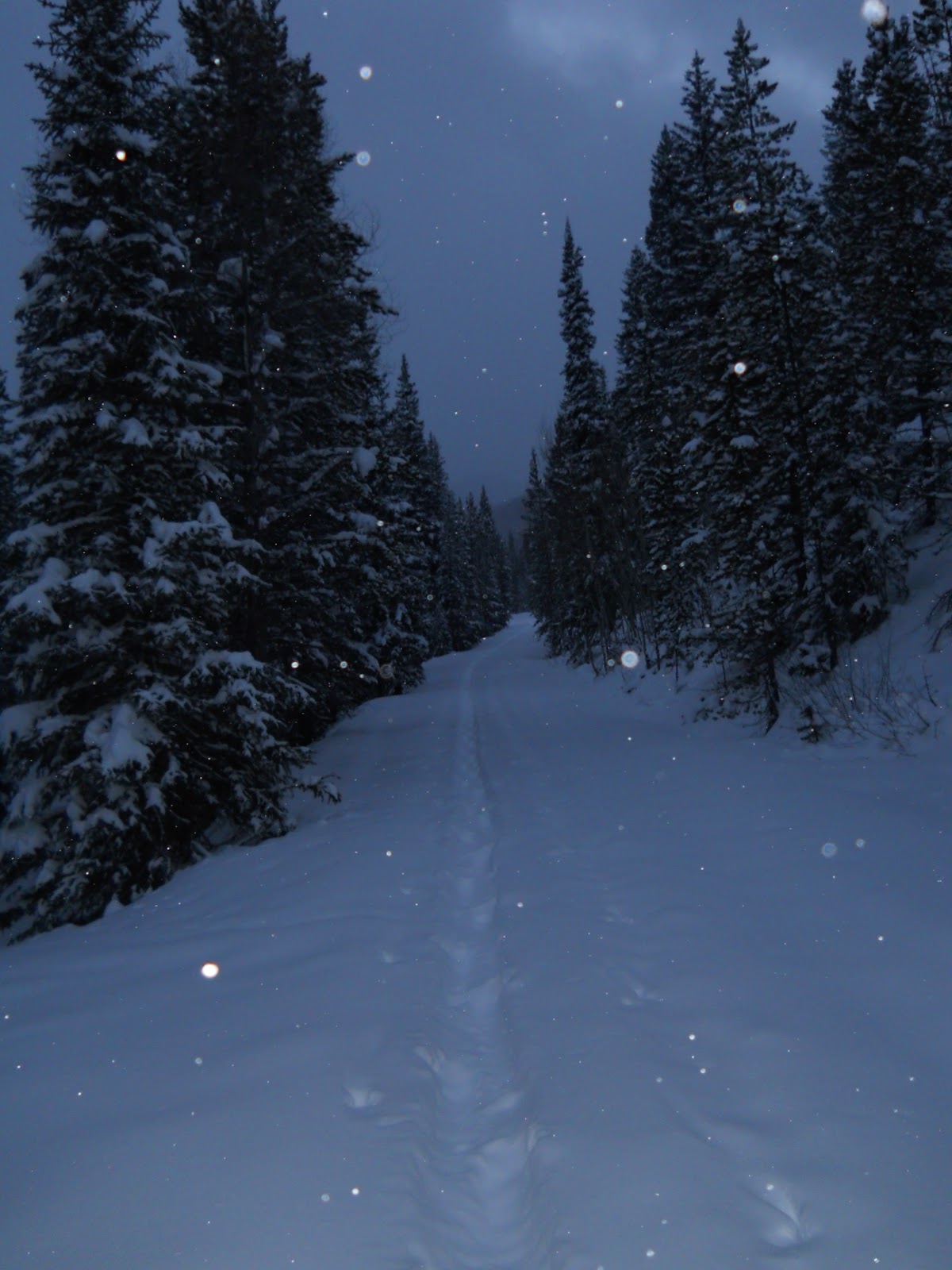 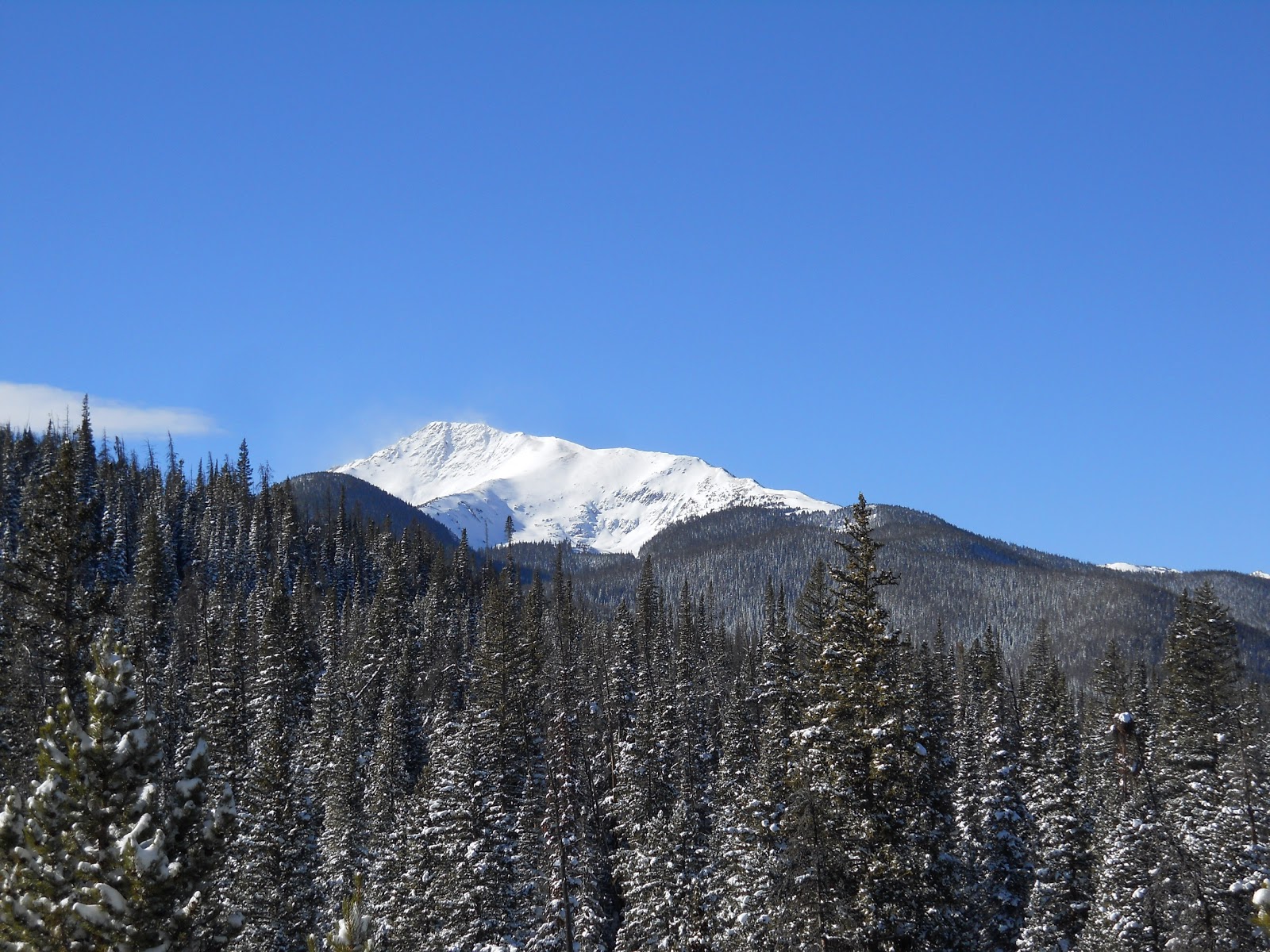 Wednesday: Ran the Rocky Point Loop. Tried to get out and do one more "adventure" run since the snow has been lacking. This is a fun, 11 mile loop off of Crooked Creek. The gate is closed, so you have to park at the winter gate. The entire run was on snow, so it took a bit longer, but still a nice, seldom done run. 1:49, 11 miles, 1,300' gain.

Friday: 7 hours standing and walking. Did some cross-training in the gym, as a major storm hit and dumped around 9 inches.

Sunday: 7 hours standing and walking. Did a nice cross-country workout in the new snow. 8 miles, 1:11, 900' gain. Went up the Leland road to Kings Creek, then back down. Then went up St. Louis for a bit. Skiing at night is pretty fun, but it is really dark and quiet in the valley, and there are some extra dark spots that have a different energy to them. I tend to ski really fast through these spots. 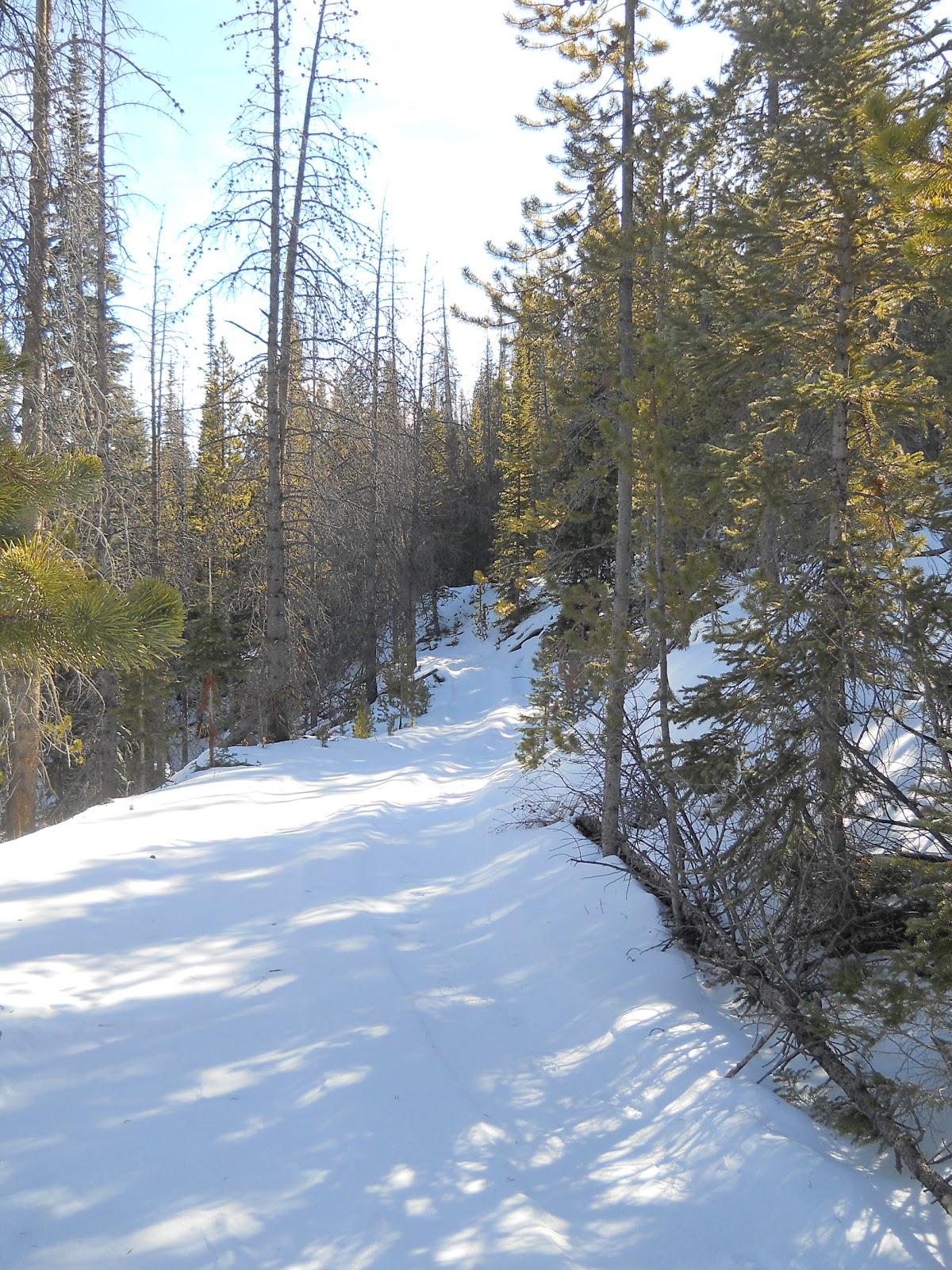 The Rocky Point Loop trail with plenty of snow on it. 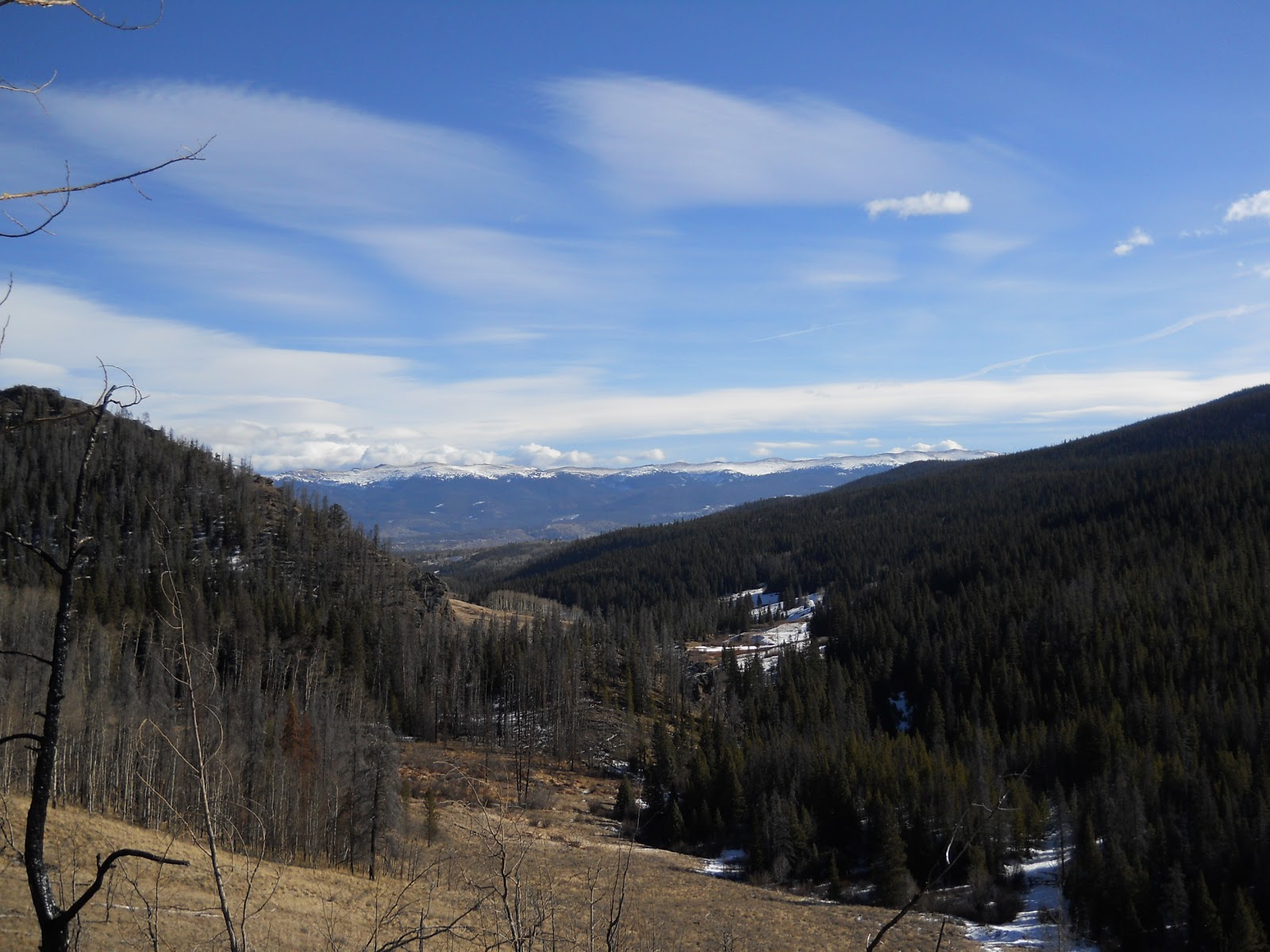 Looking down Crooked Creek to the Divide.
2 comments:

Tuesday: Longish run - 2:09, 14 miles, 1,000' gain. Up Northwest and then Crooked Creek for an out-and-back. It's hard to put together long loops right now in the valley, so out-and-backs on dirt roads.

Thursday: 5 hours telemark skiing. Quads are tired, but with each day averaging around 30,000' it's great for building mellow endurance in the legs.

Friday: Off - 7 hours standing and walking.

Saturday: 7 hours standing and walking. Intervals workout on the waterboard road. Lately I've been doing my fartlek run on the St. Louis road, but switched it up to the waterboard road. It has a few more rolling hills, as well as changes up the night time visuals (or lack thereof). 5x:30 and 10:1:00-1:30 for a total of 8 miles in 1:02.

Sunday: 7 hours standing and walking. Run up the Corona Road. Really dark tonight as a storm was rolling in, no ambient light at all. Had to use the headlamp for the entire run, which is a first. 7 miles, :45, 500' gain.

Basic routine for now, as most of the fun adventurous runs are shut down for the winter and the cross-country is not happening until we get some snow.