I don't have a lot of wisdom concerning cross country, having never run an XC race before (but wanting to now), but I do have one thought that has been going through my mind. I had the honor of getting a press pass so that I could sit right at the finish line and take photos and notes from the runners. It was an amazing experience to be able to be right there when the elites came across the line, and then to be in the midst of the chaos as athletes collapsed to the ground, officials directed runners to certain areas, press people surrounded the winners, with people on the sidelines yelling their hearts out at teammates. Some runners came across and seemed to recover quickly, while others fell apart and had to be dragged over to the tent and in the shade. The level of effort left out on the course was inspiring. My one thought has to do with the current scientific thinking around fatigue and what I witnessed out on the course. Science has shown that we never really run out of energy, and that it is not our muscles or the actual build-up of lactate or other bi-products in the muscles that cause fatigue. Rather, the current thinking has to do with the idea of a "central governor" that controls our efforts and monitors our body. When we start to get out of homeostasis the central governor begins to shut our muscles down to preserve itself. Fatigue in this model is really a trick, a trick our brain plays on us to preserve itself. What I saw during the race is that the Juniors and some of the Elite/Open men and women seem to be able to overcome their central governor and push one level beyond. This was especially evident among the Juniors, as many of them came in to the finish line and instantly collapsed, blacking out for a brief moment, and taking some time before they were able to walk again. The Masters and many of the Elite runners did not reach this level of effort, they ran using their mind, while the Juniors, young and throwing it all out there, somehow were able to run past their mental limits and push into that zone of pure physical limits.

So, my thought, quick and unformulated as it is, is that as we become better at our sports, we develop mental attributes that allow us to be better runners - knowing how to pace, pushing through hurdles, training smarter, etc. However, this mental development also hinders us at a critical point, the point where we need to push beyond all of our known limits and find one more gear. The Juniors, still young and running on physical and emotional strengths don't have that mental limit yet - they simply have not reached it - so they go all out and simply collapse at the end. Spectacular and something to think about. How often do you really go all out? Probably not as often as you should.

Photos from the race (some more good ones on Boulder Running here). 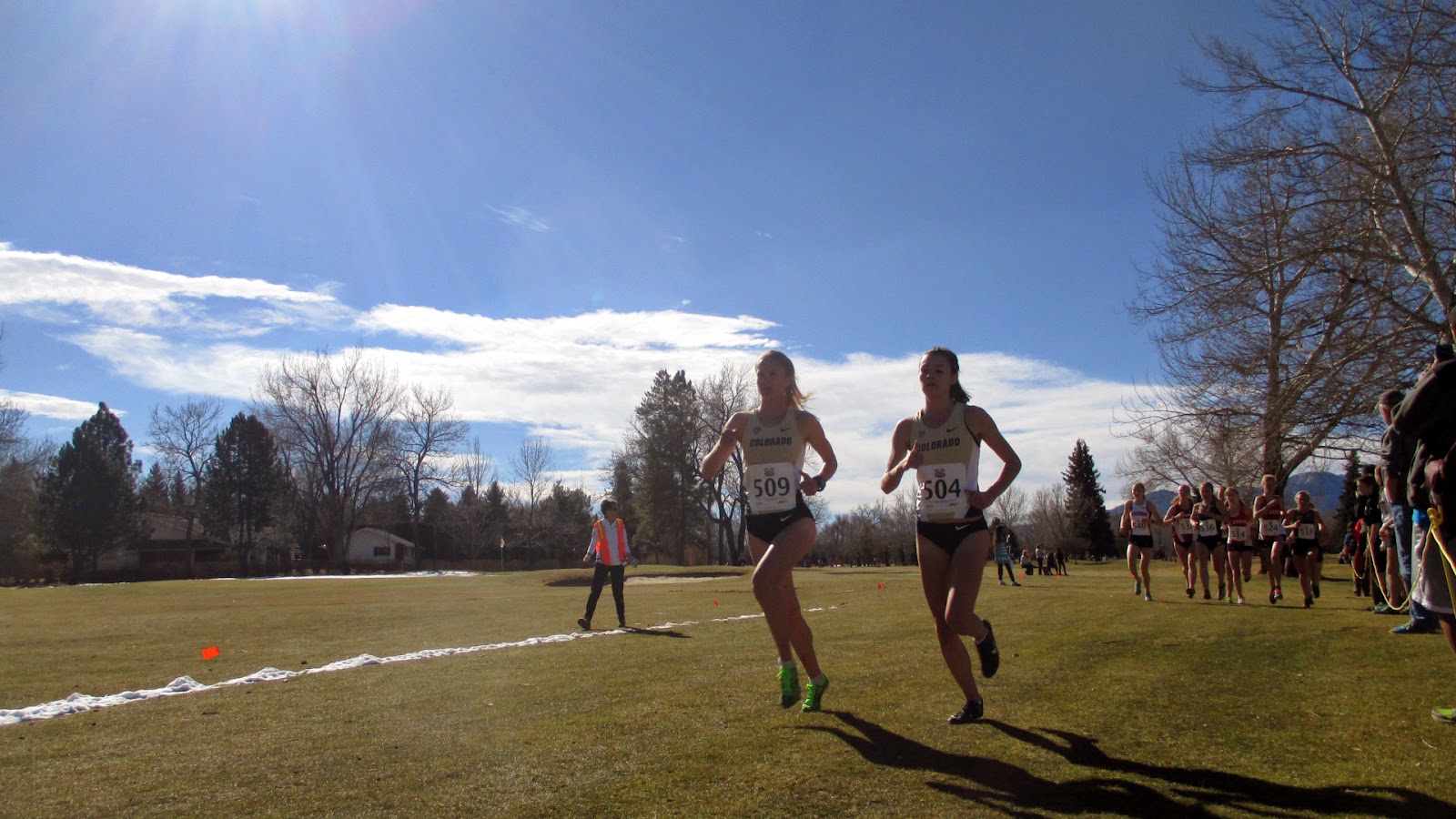 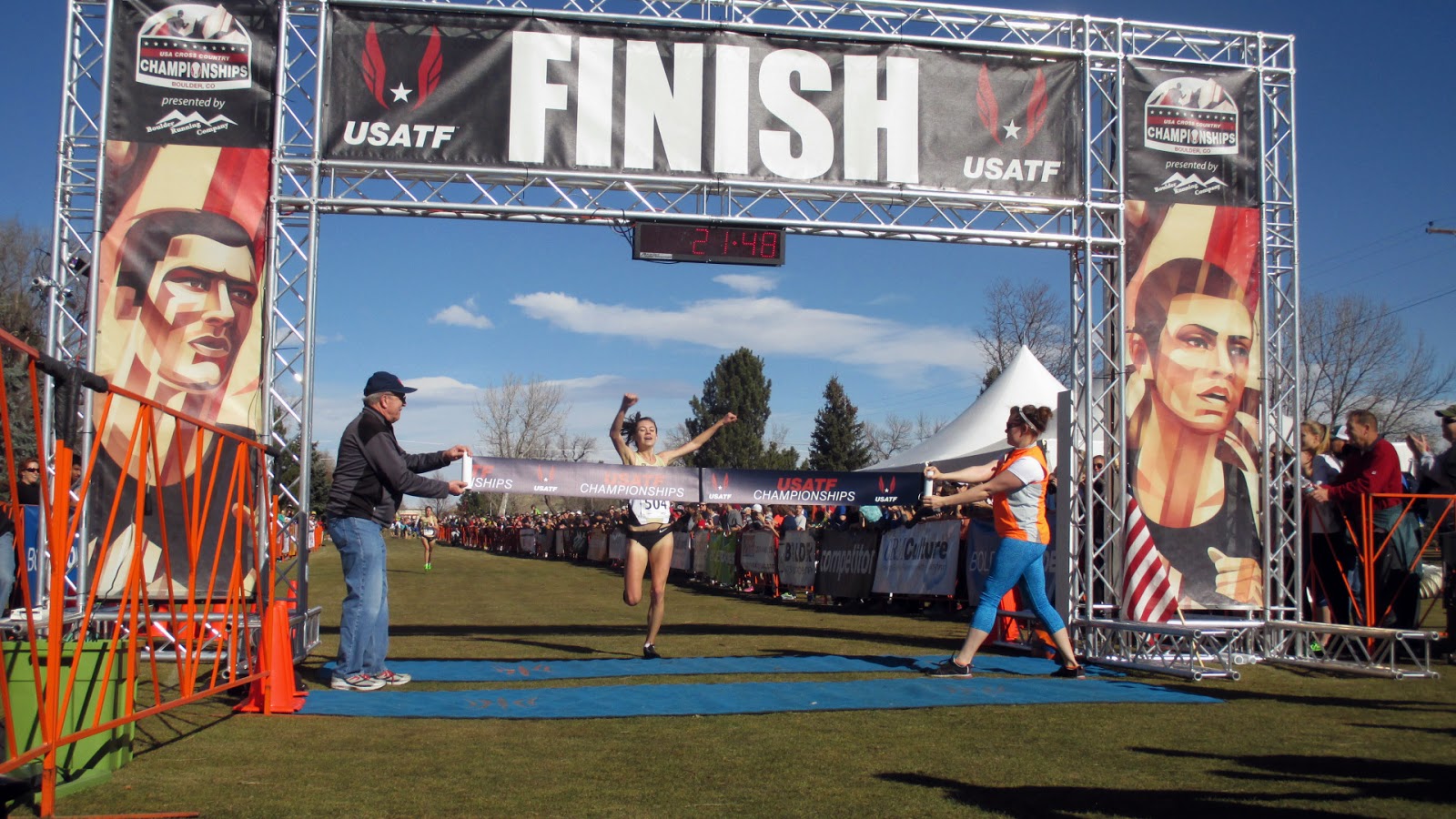 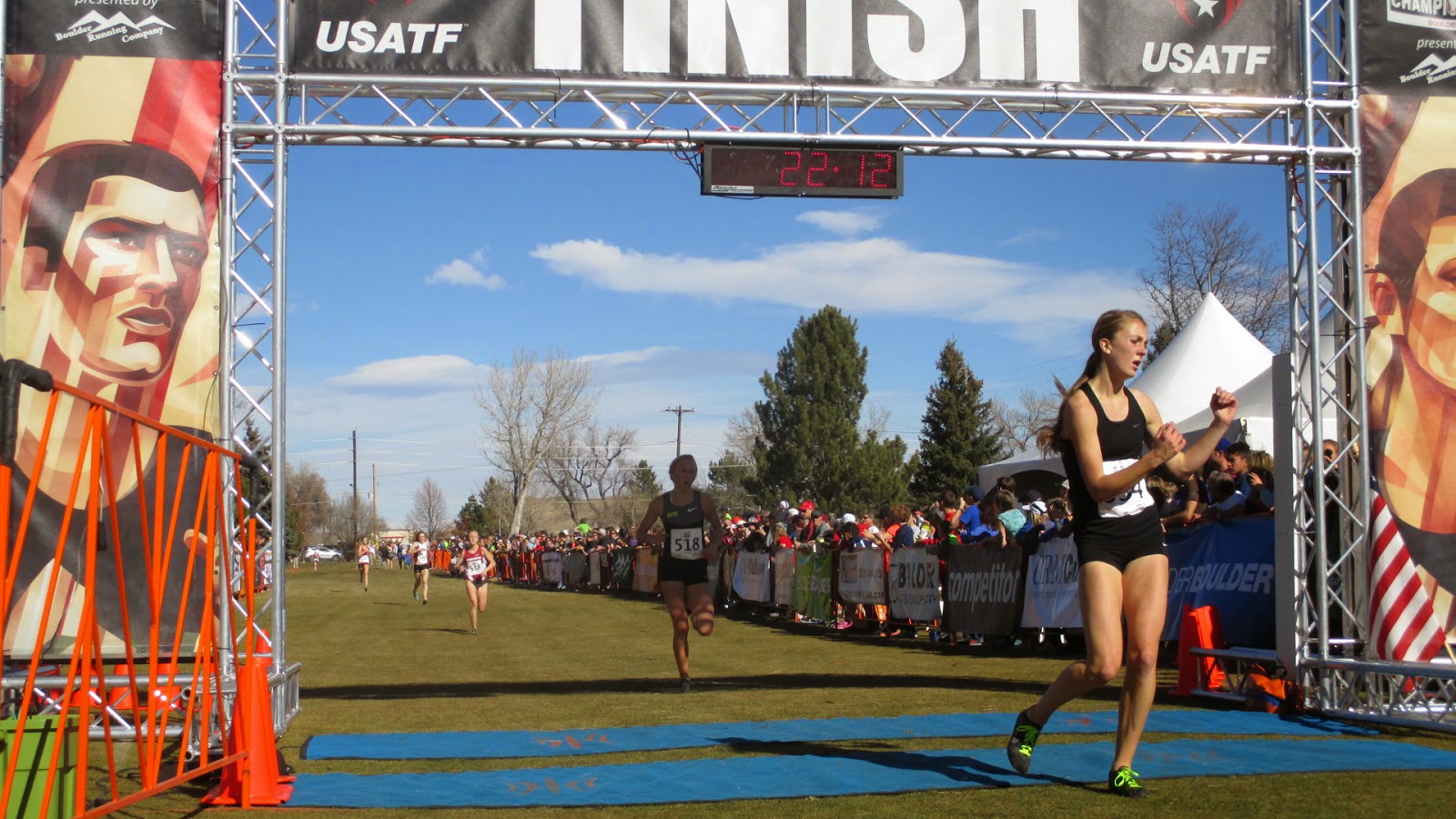 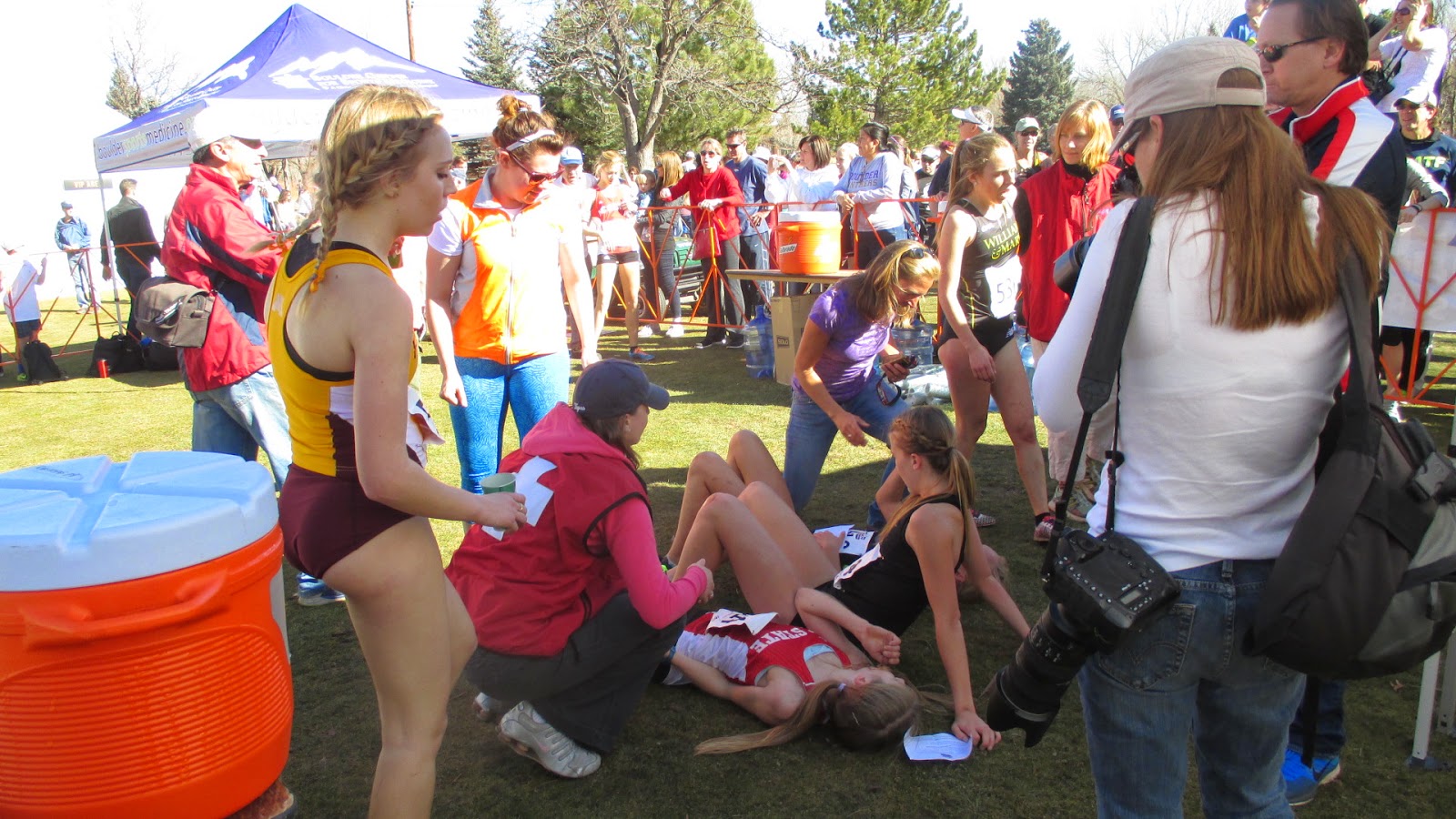 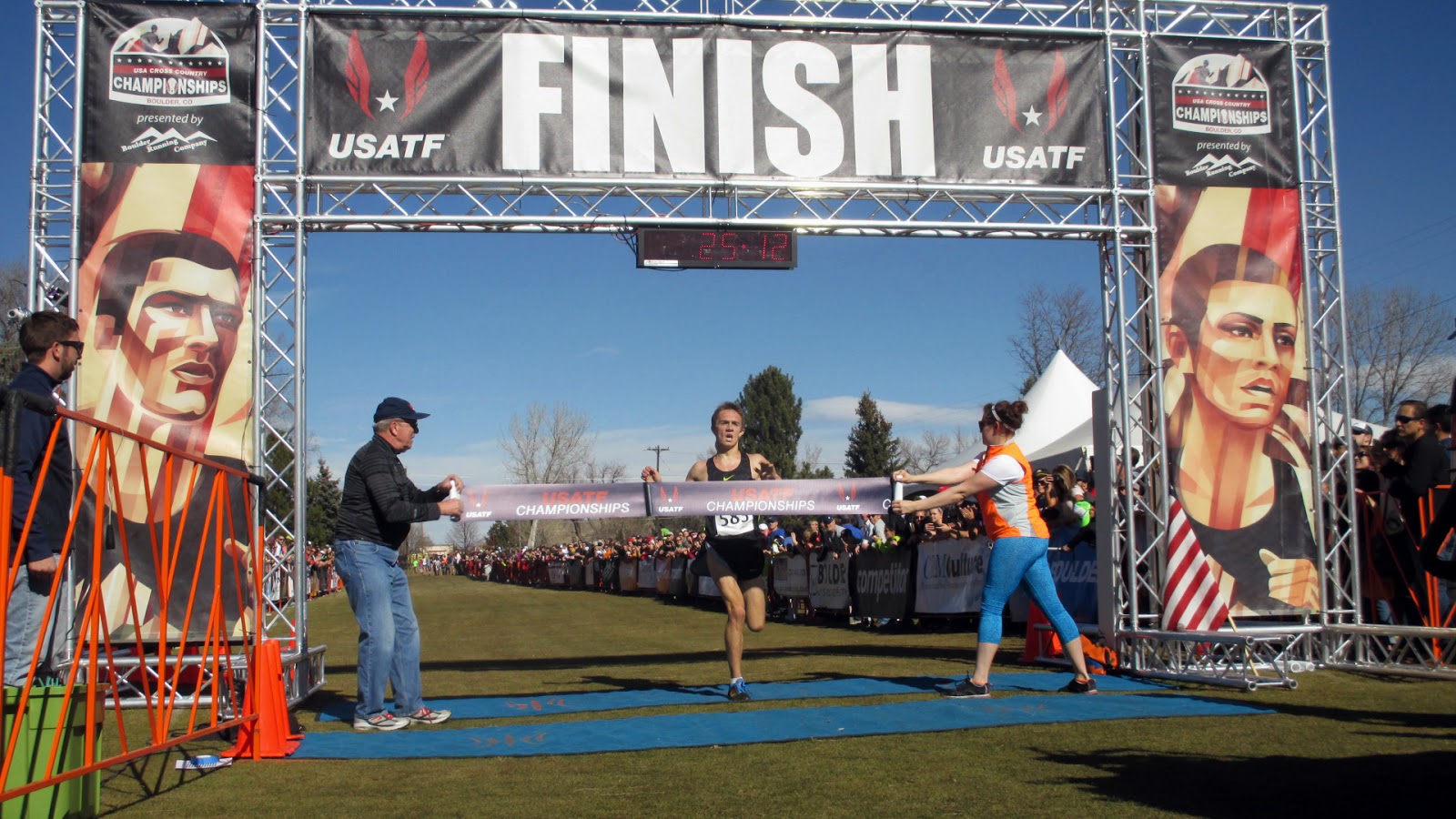 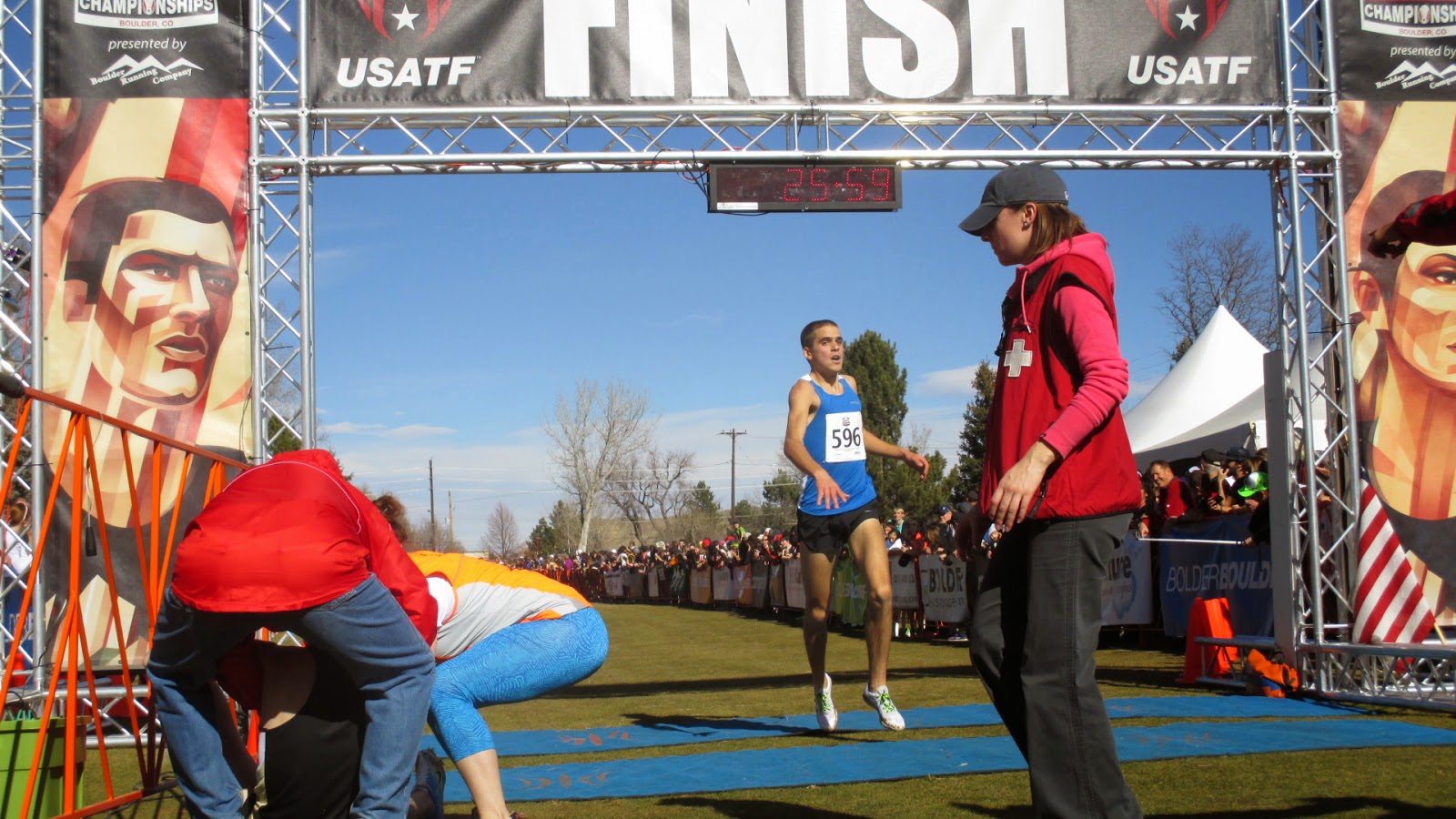 Paul Roberts from Lyons showing what it takes to go to China (no central governor again). 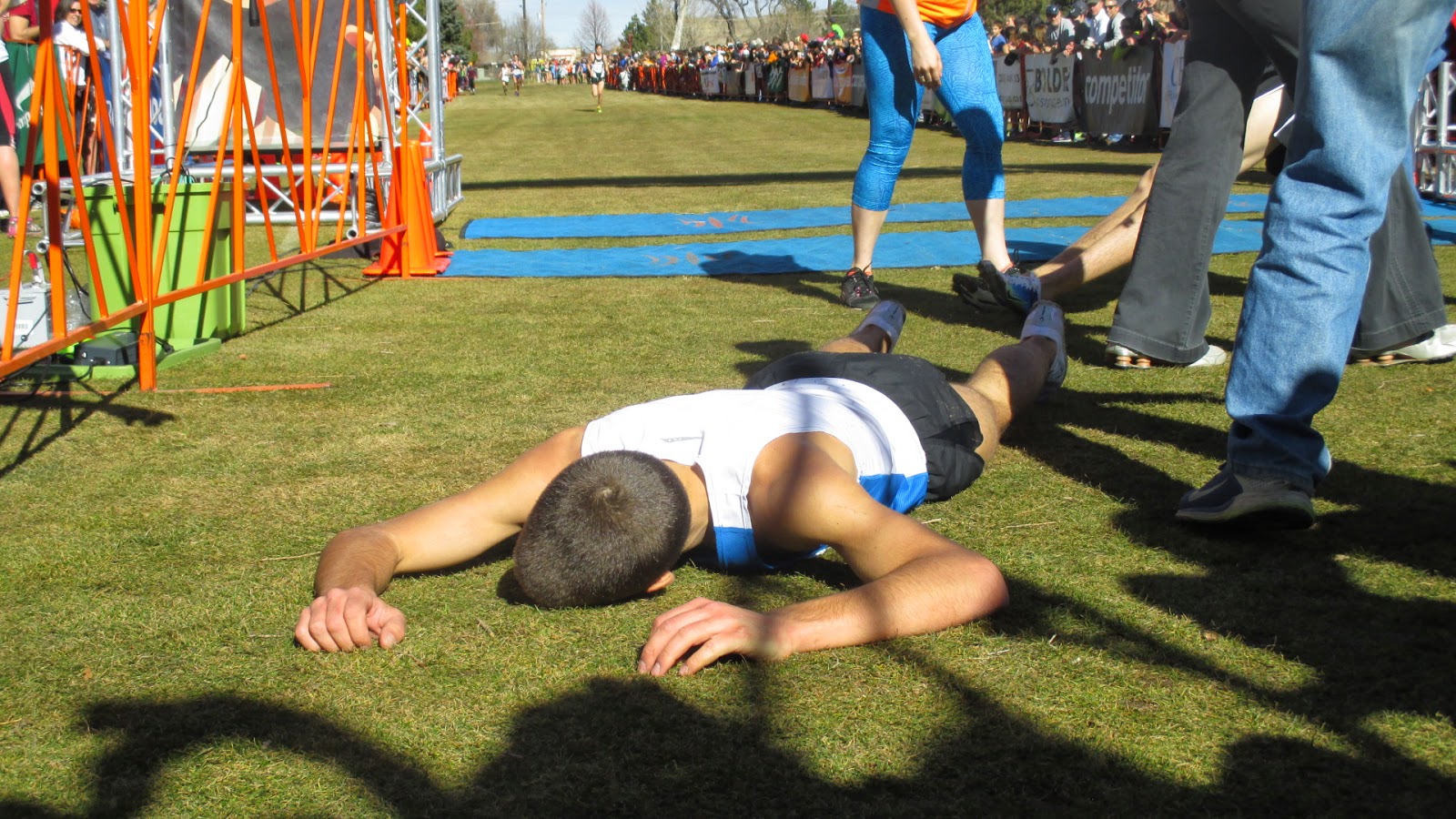 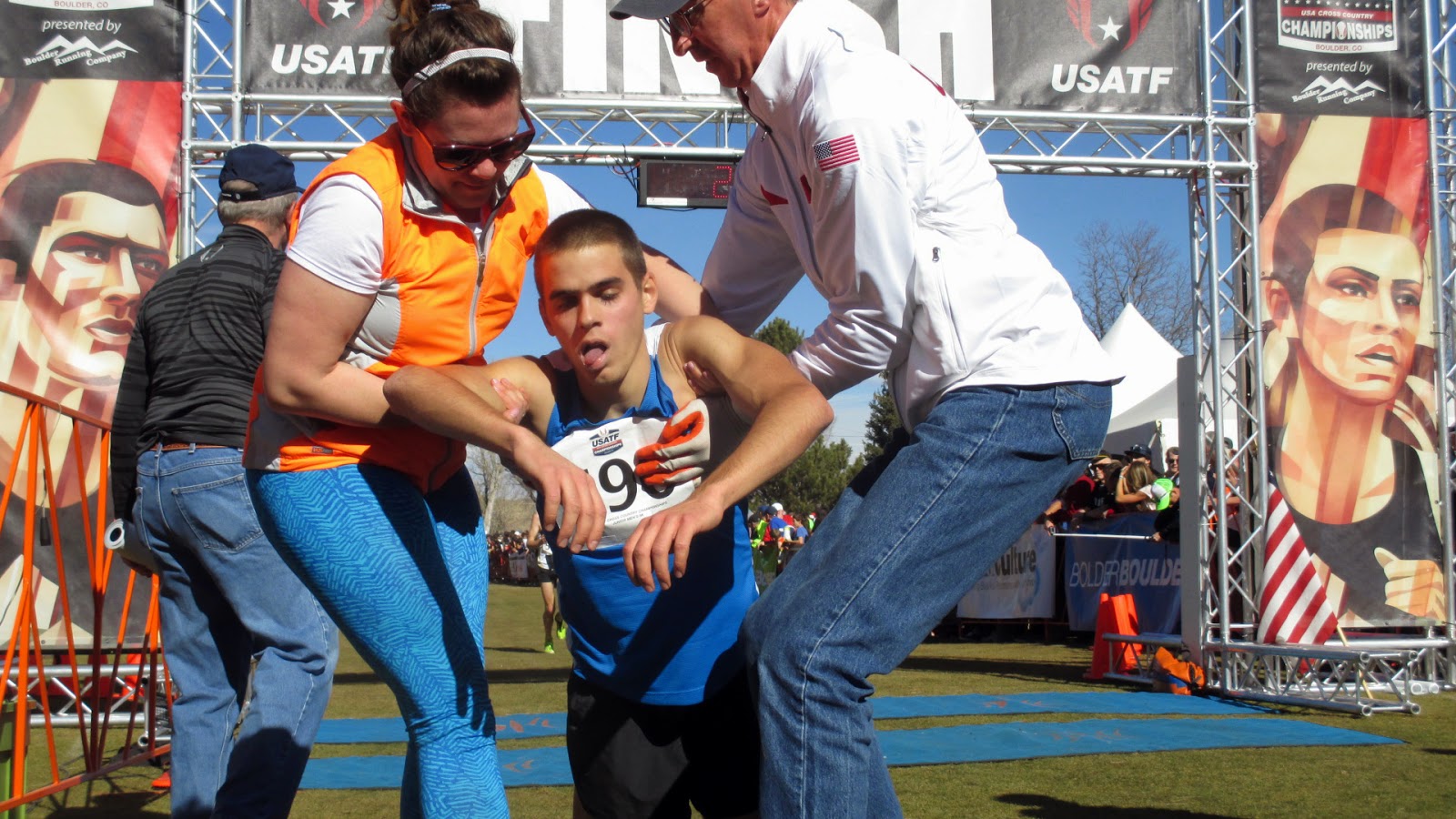 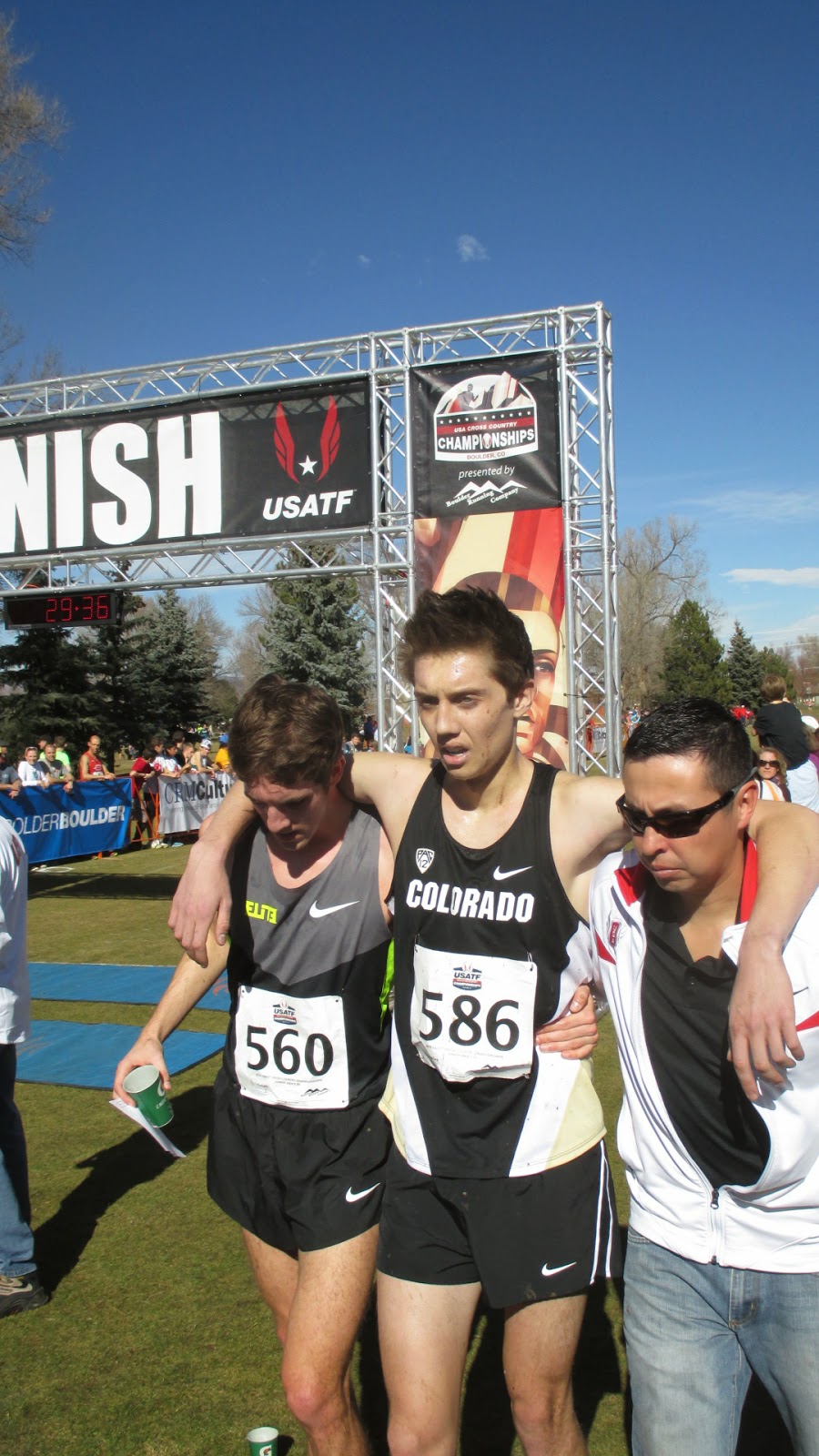 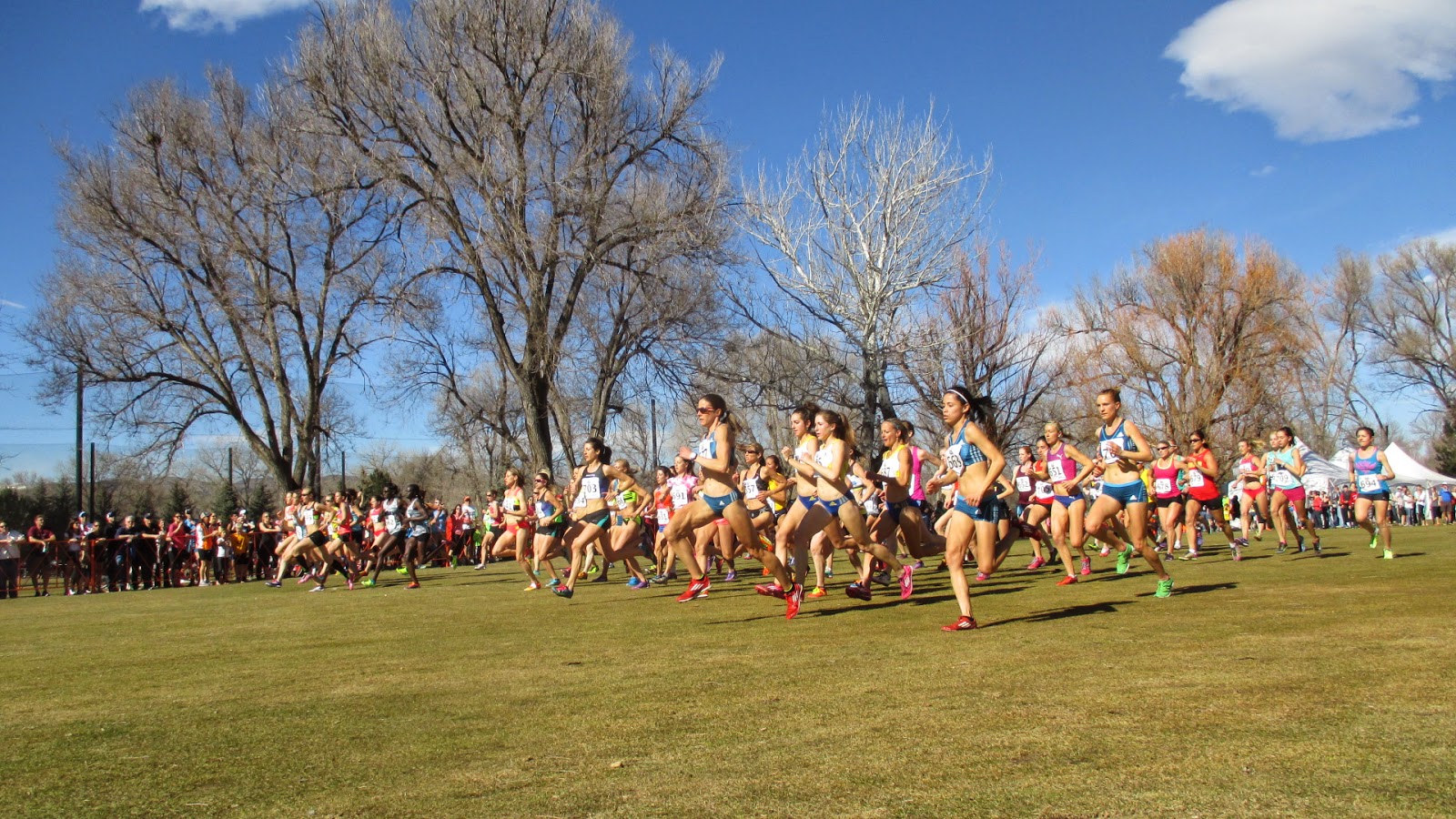 Women's Open at the start. 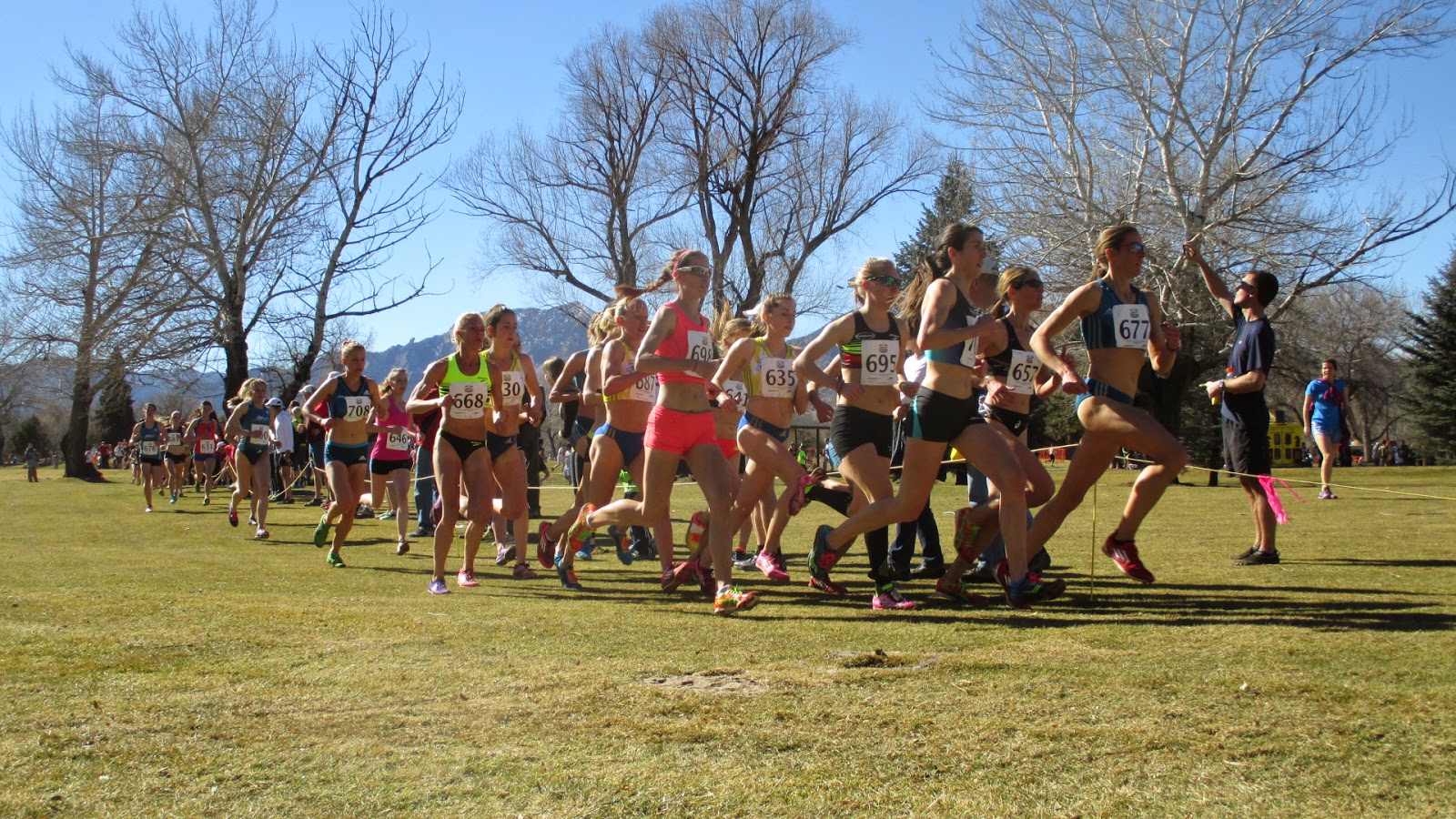 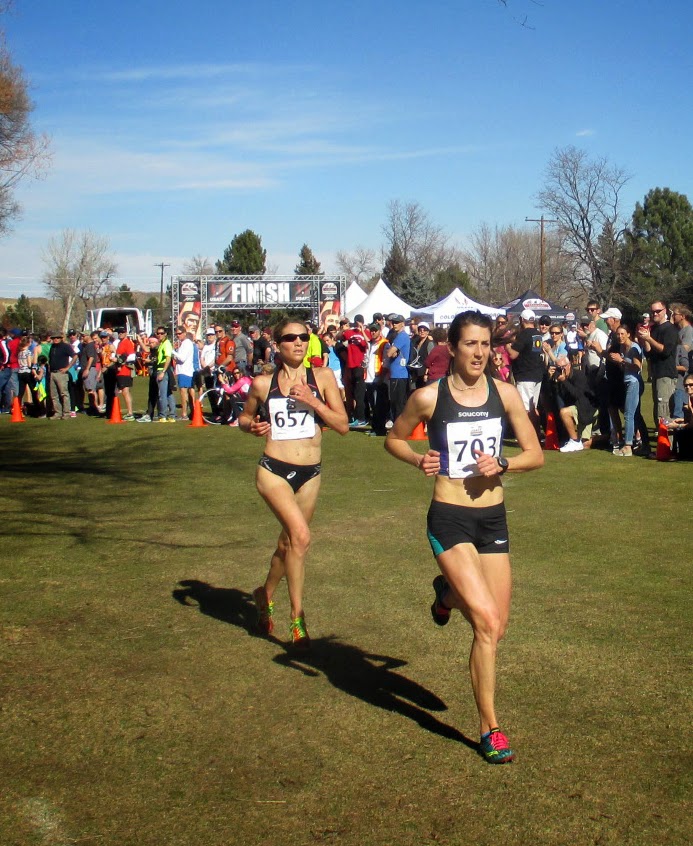 Laura Thweatt and Sara Hall dueling it out at the start of the last lap. 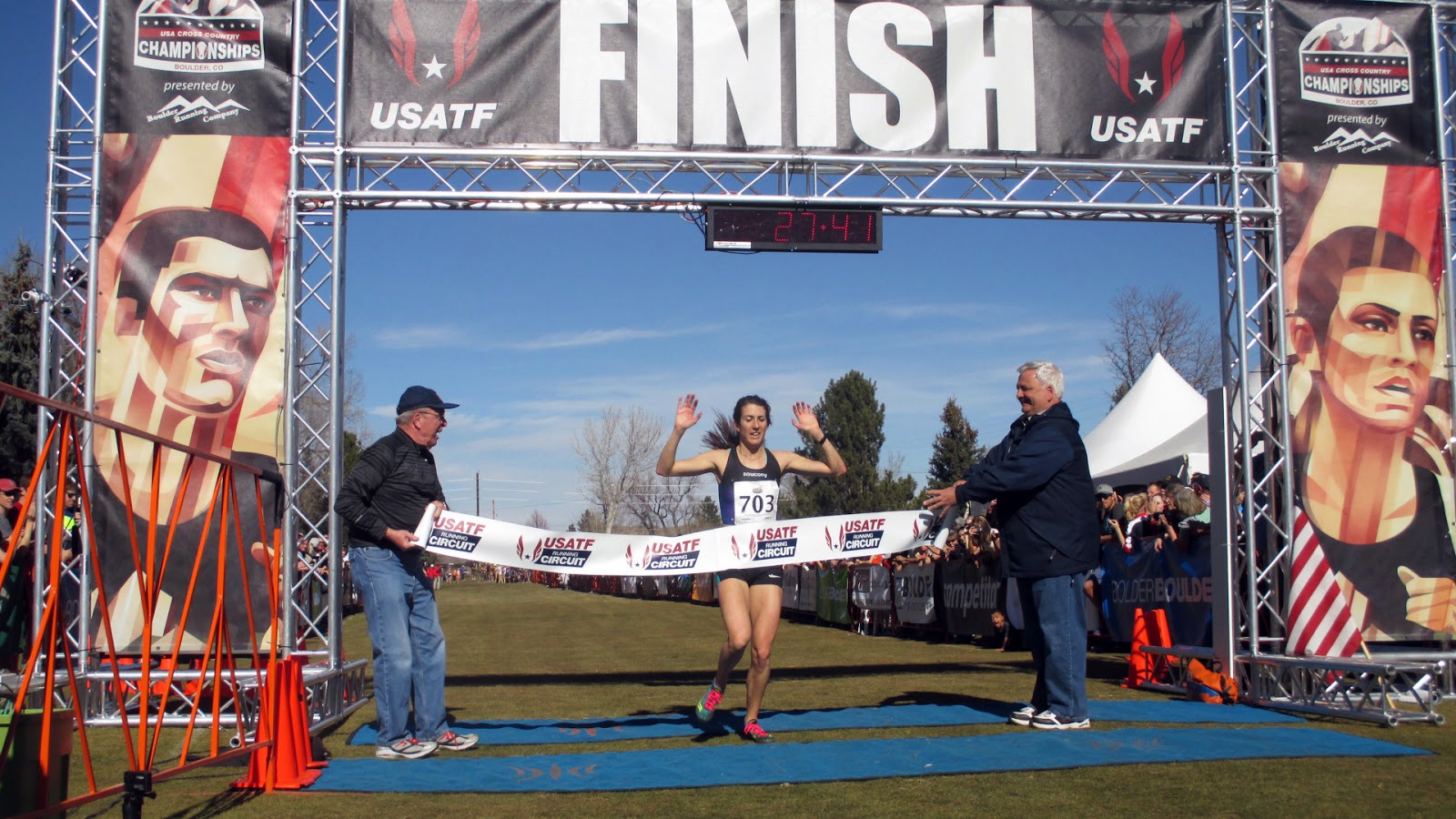 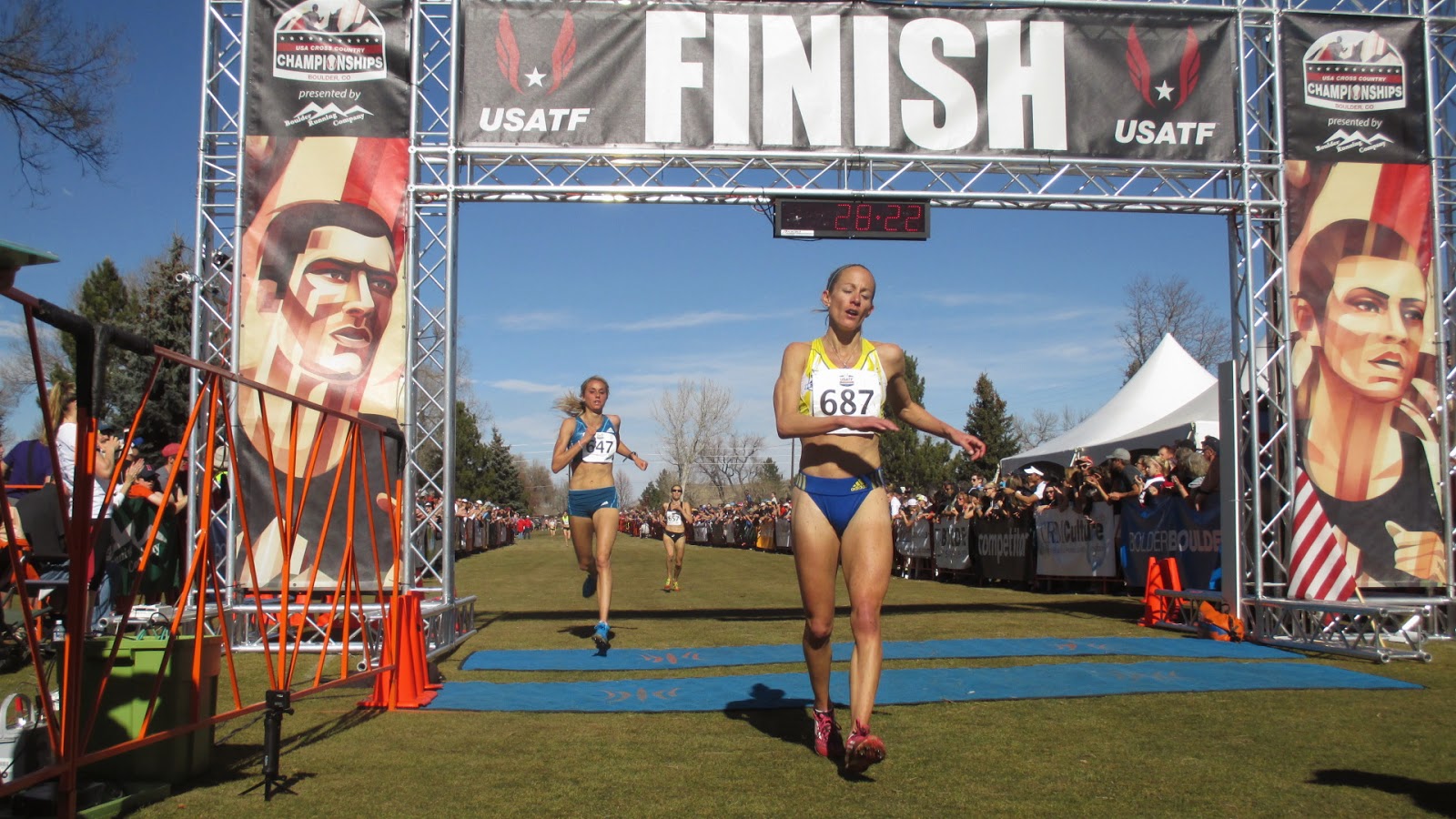 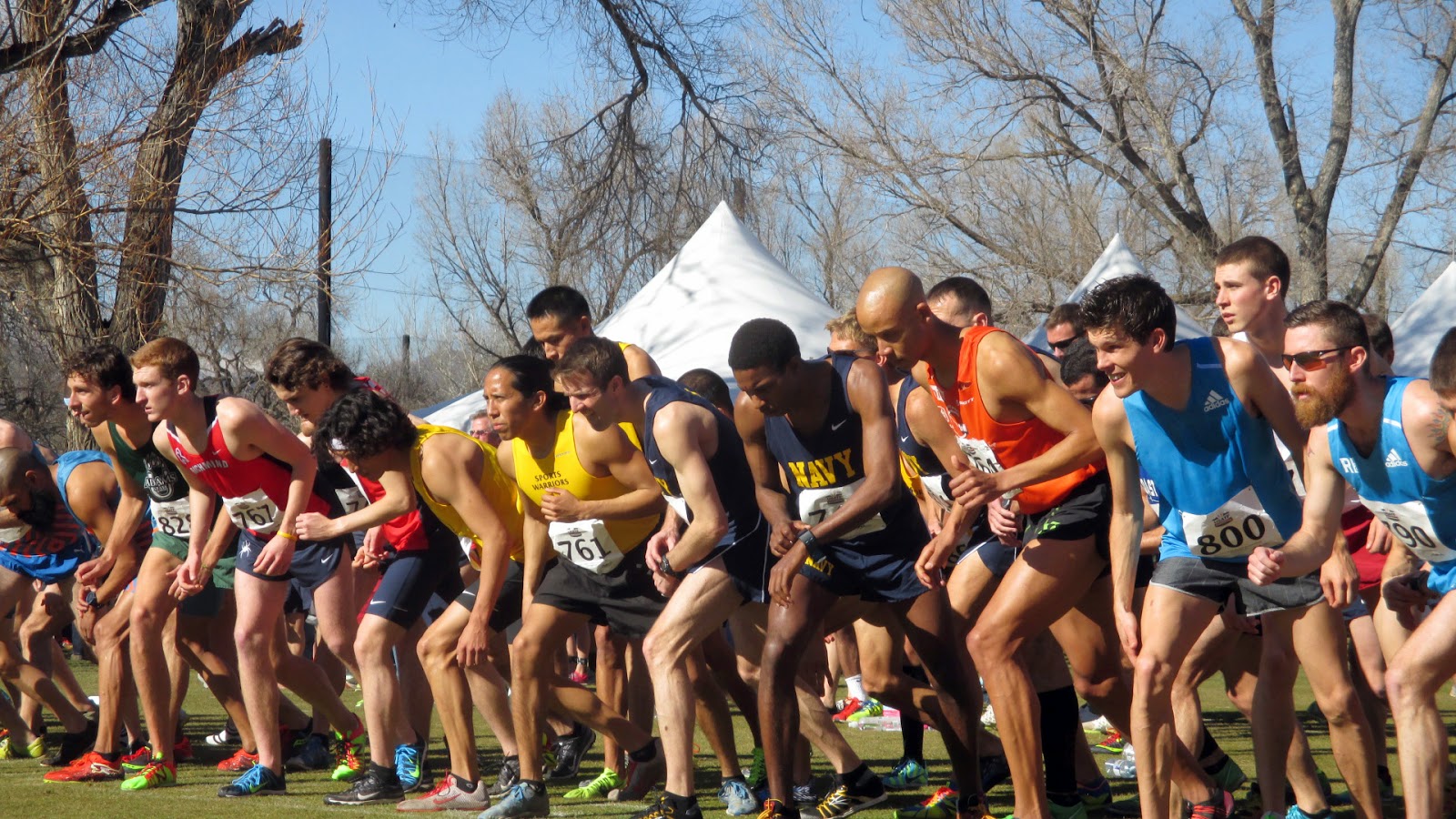 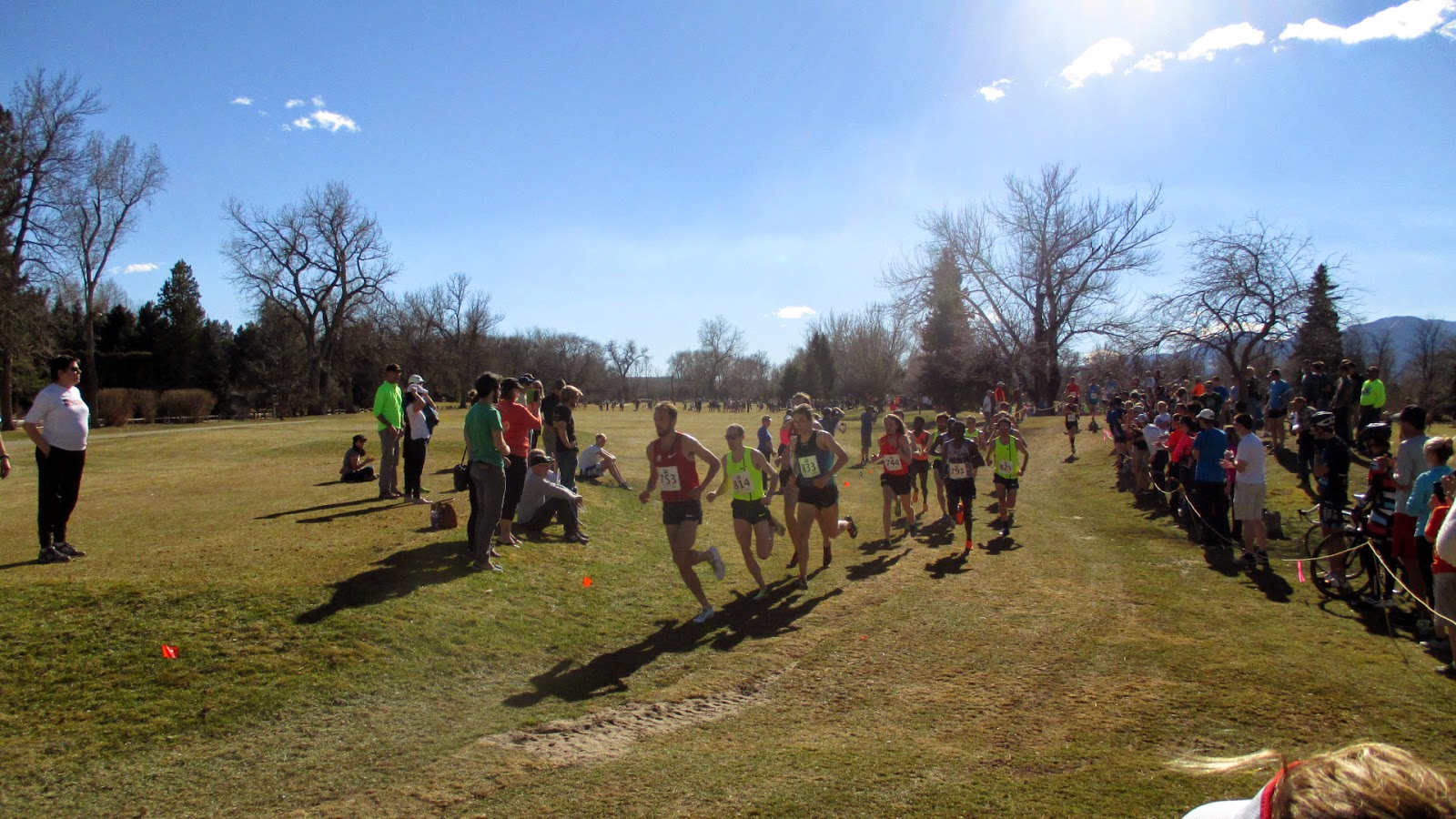 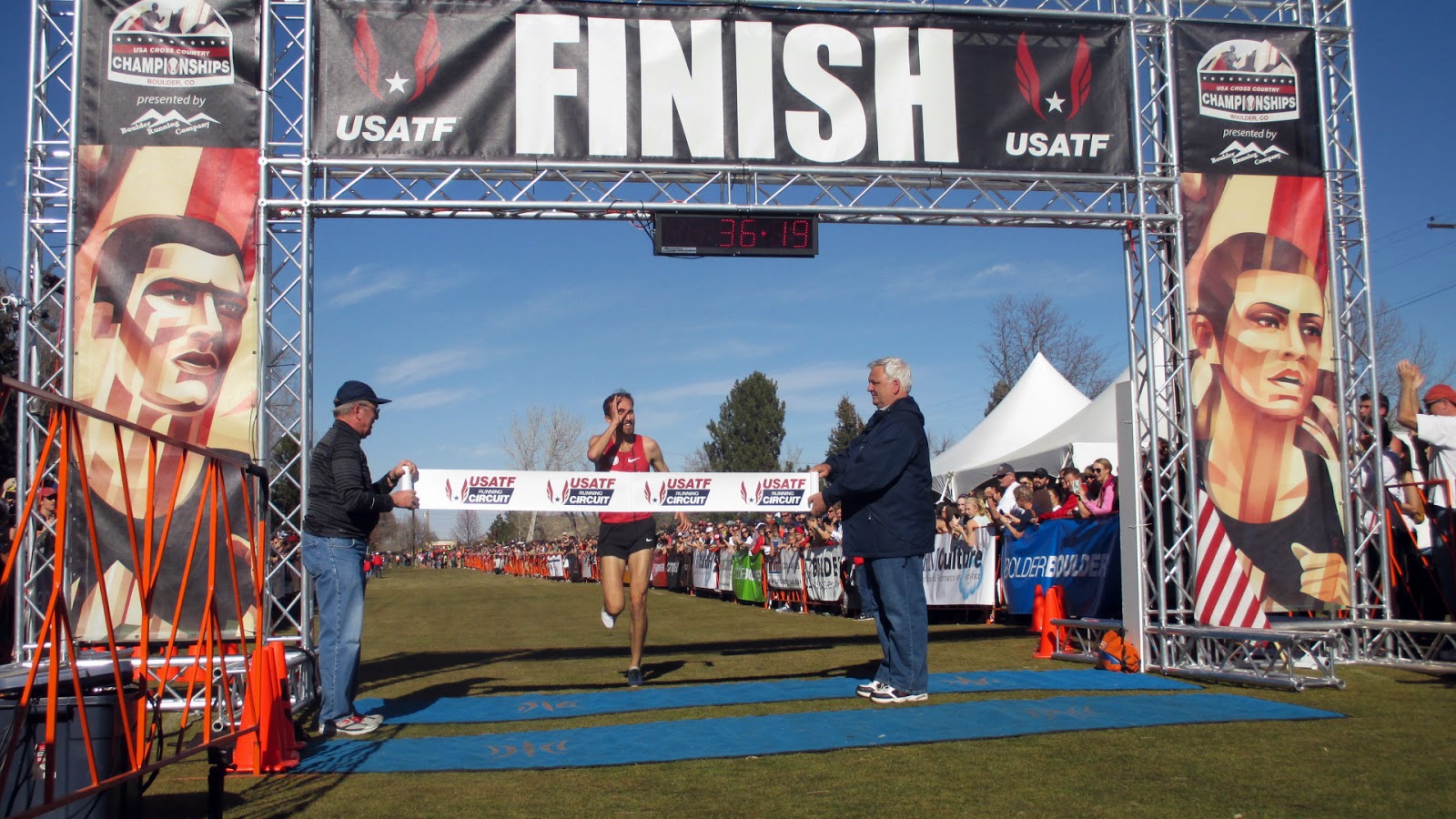 Derrick making the "3-peat goggle" sign at the finish. 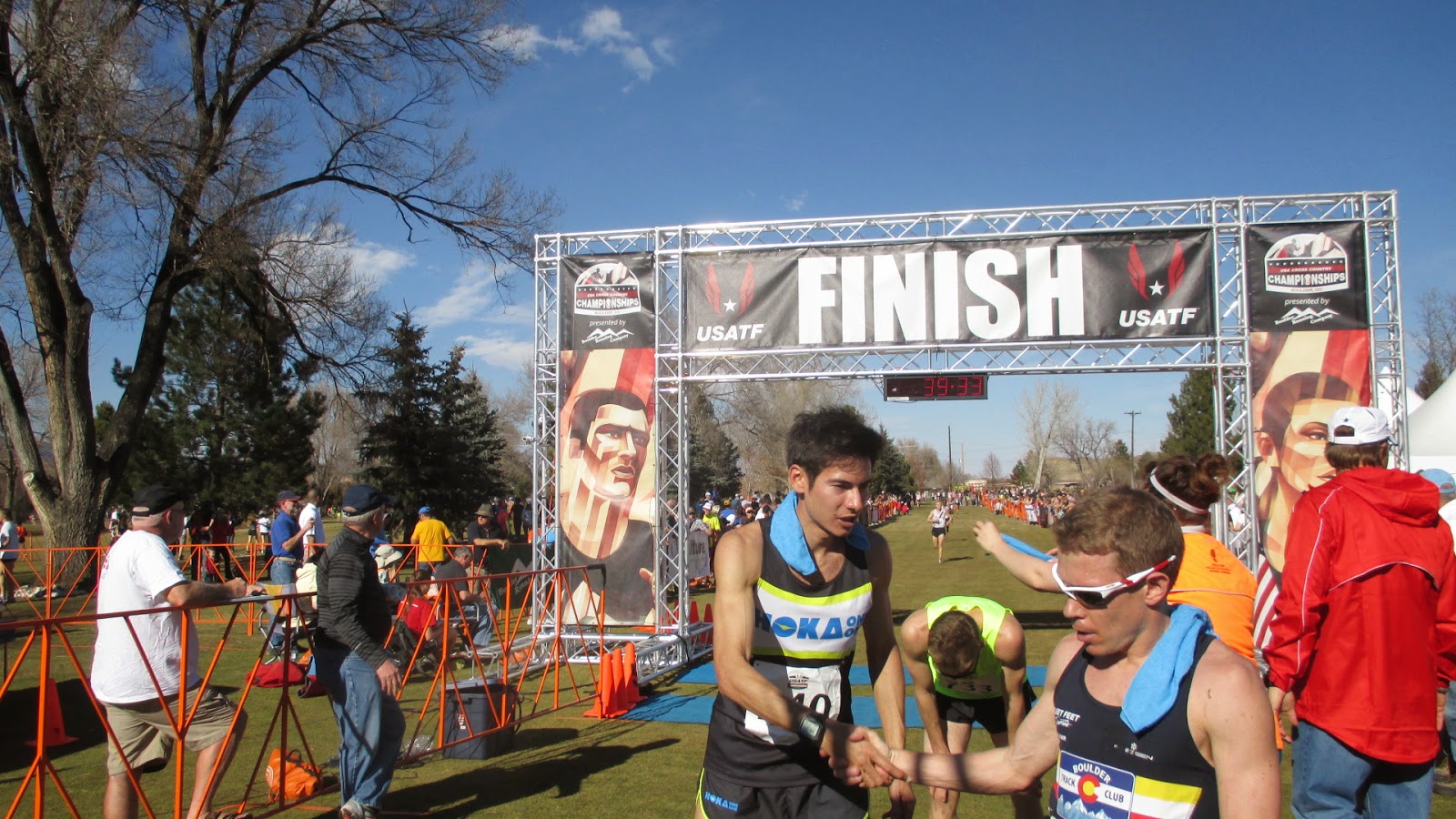 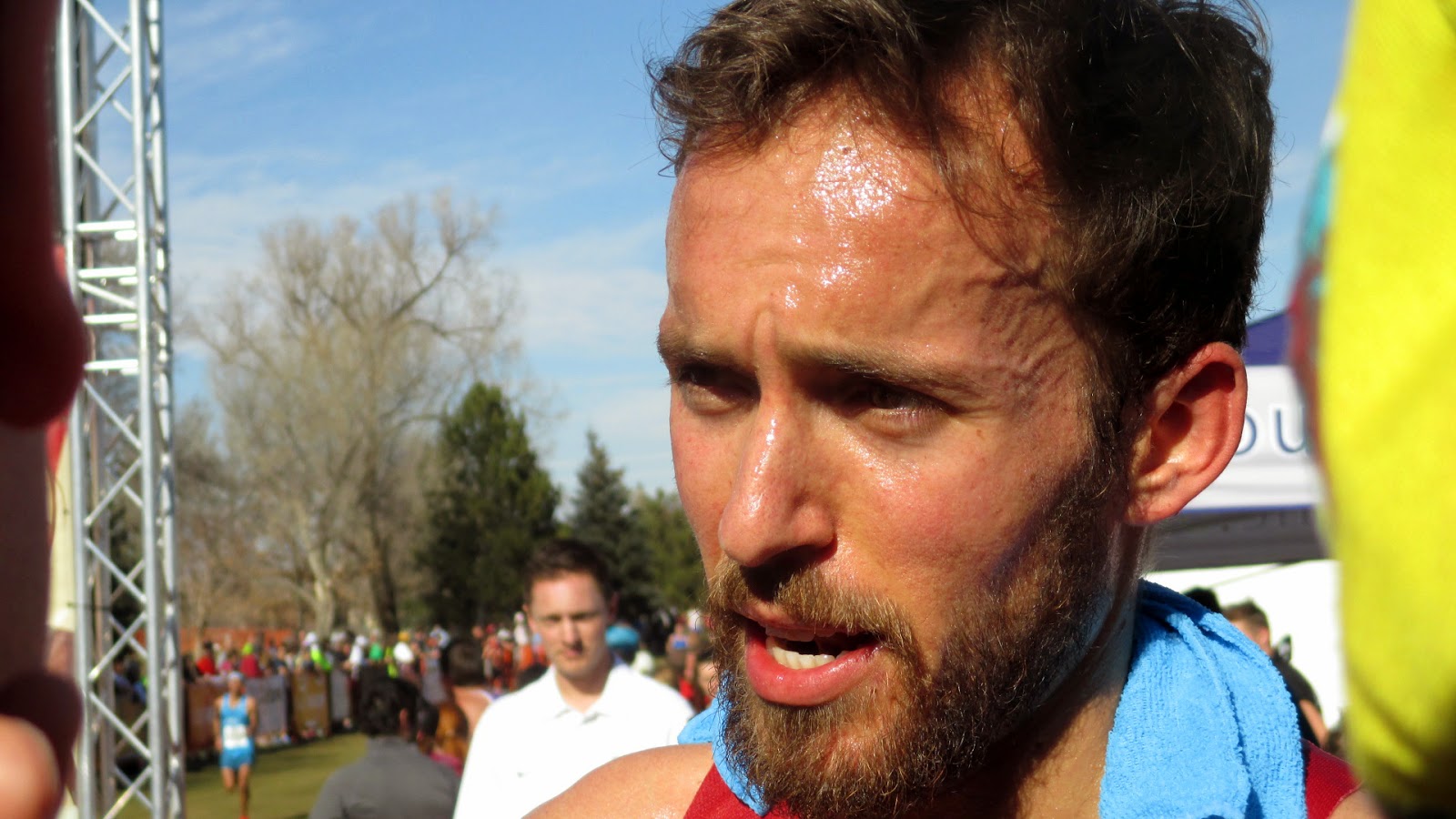 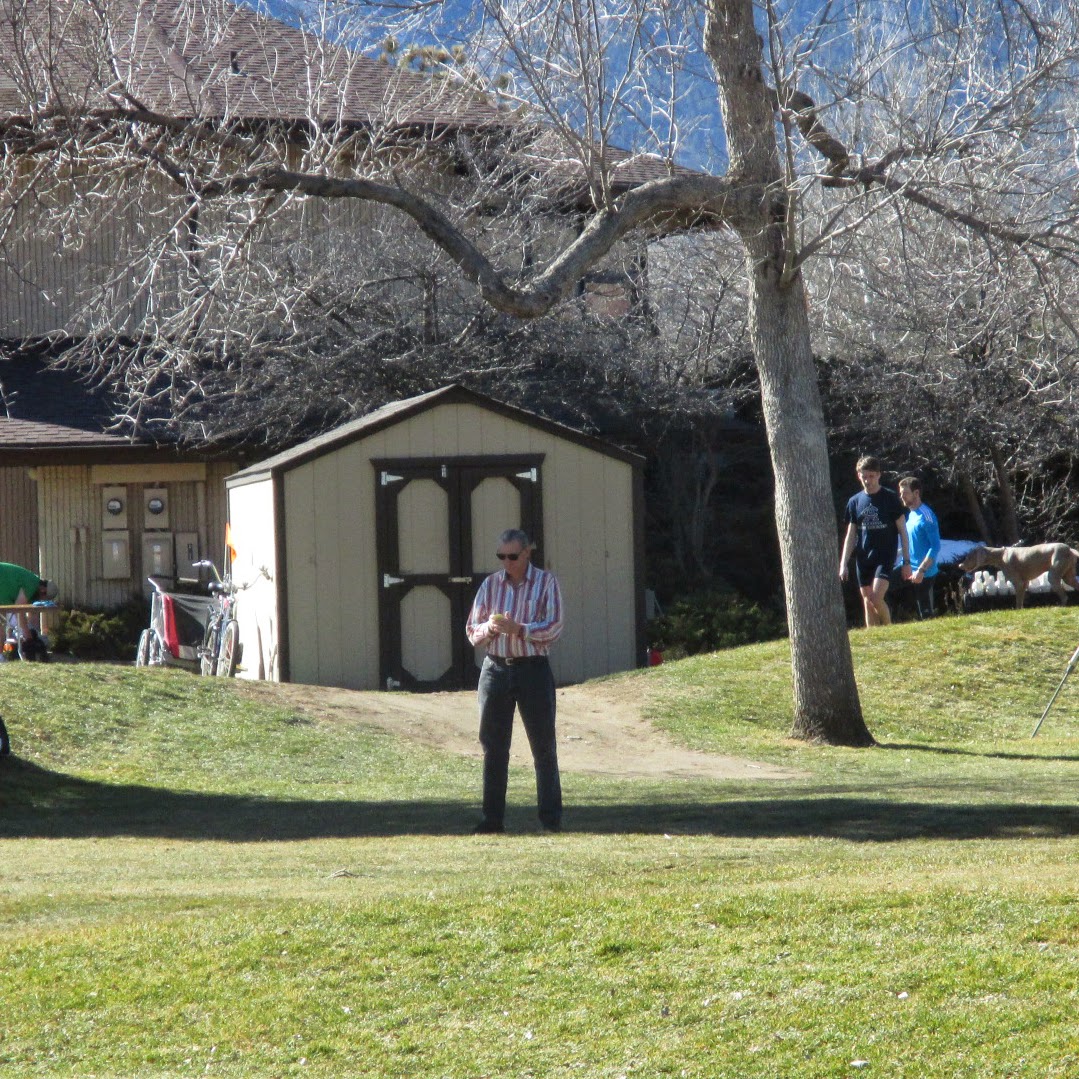 Does this man exist?

In other news, I ran the Sourdough 30K Snowshoe race last week. "Running" 18+ miles with snowshoes is !*$king hard! Great time, but I failed with my nutrition and lost four places within the final 2 miles. Totally my fault, and something I will focus on next time. Still, great time. Finished 9th overall in 4:16.