On Saturday the second US Skyrunning Sky race was held at Copper Mountain. Coming just 6 days after the first race, it seemed that there was not a lot of time for rest and recovery. This was especially true since I ran Shavano and Tabequache on Sunday and had to throw in a run up Grays and Torreys on Wednesday afternoon to keep my record going. Despite the packed week, I felt OK going into the race. I had caused a weird cramp in my left quad on Monday when I was climbing, executing a high-step over a small roof that required me to put all of my weight on my left foot in a weird position, resulting in part of my quad locking up. It was really painful for the rest of the climbing session, and then on Tuesday I could feel it with every step. Lots of self massage from my wife really helped, but I was still feeling it big time on my G & T run during the descent so I was a bit worried. After another day off and then a shake out run on Friday, I figured I would start the race, but if it started to act up I would pull out since I didn't want to screw myself with a major injury being so close to finishing G & T and about to embark on my big summer projects in August.

The race got off to a late start as we had to wait for the EMT to show up, but once it was under way things went smoothly. I purposely went out slow as to ease into the race and see how my quad felt. After the first climb to the summit of Copper Mountain (12,441'), I could start to feel my quad on the descent, so I worked on my form and tried to keep it easy. When we started the climb to the summit of Copper Mountain again, the uphill relieved any pain and I started to pick up the pace. I was never passed, and I was able to pick off about 3 people on the first loop. On the second loop, people started to fade, and I picked off two more on the climb. I was feeling good, and when I passed another person on the descent I started to pick up the pace. My quad pain had disappeared, so I started to really motor thinking that somehow the race was shaking out the cramp/knot instead of making it worse. The third climb was not that bad, and I was able to catch two more people before reaching the summit and making the final 6 mile bomb descent back to the finish. Since I had gone out so slow, I still had a ton of energy and really just started to hammer the downhill - it was great to be able to run for the first time all week with no pain. Towards the end, I saw another racer and really tried to hammer and catch him, but the course was too short and I was 15 seconds behind him at the finish.

Despite the "injury" and my non-tapper week, I was really happy with my race. I could have placed higher if I had gone out harder, but I was unsure how my quad would hold up. However, I had solid energy all day, and could have kept climbing for many more miles, which is good to know. From what I can tell, the race was long at around 28 miles but a bit short on vertical with only ~6,500' of gain. I ended up with 11th place overall in a time of 5:03:15.

There is only one more Sky distance race in the series before the championships in October. I think my overall points put me in the top ten for the series so far, so I might have a good chance if I do the championship race of ranking in the top 10 for the series. That would be pretty cool, especially since both races so far have been running races, not mountain slogging races, which I have not trained for. If I can hold up during August, I'll start to do some serious running training to get my speed up and then hopefully make the trek to Flagstaff for the final. I'm hoping everything works out, but there are still lots of ifs between now and then. 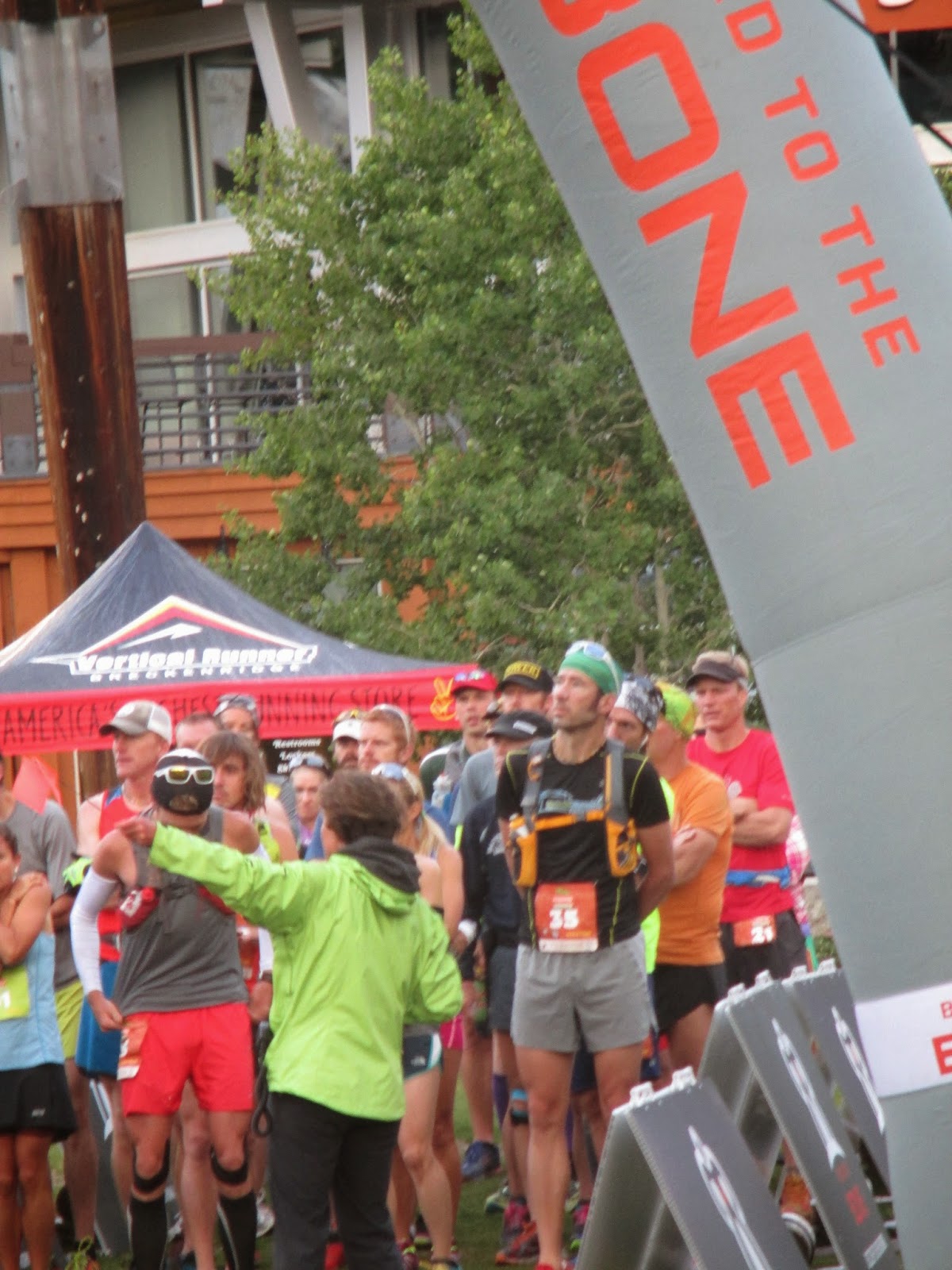 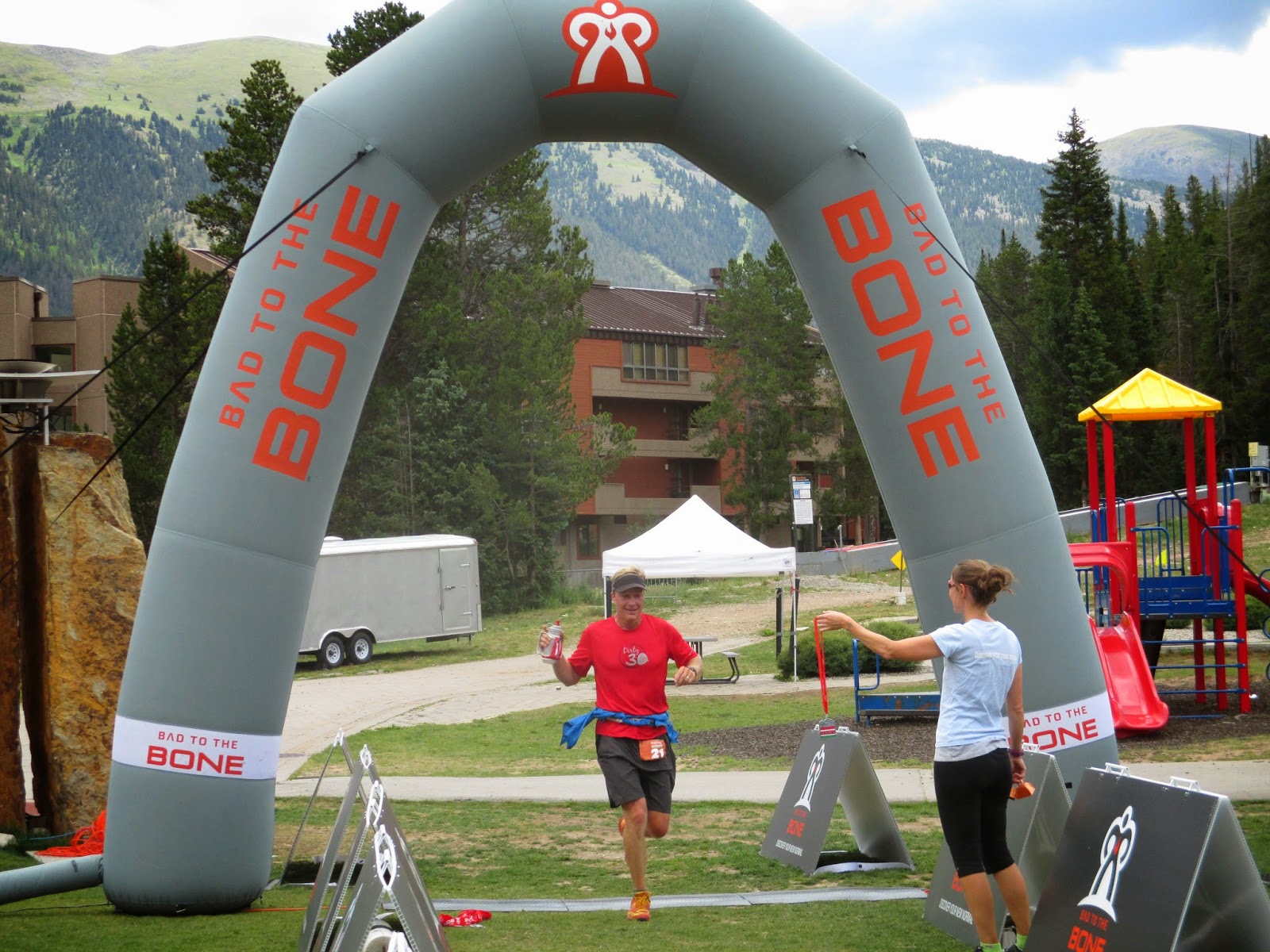 Email ThisBlogThis!Share to TwitterShare to FacebookShare to Pinterest
Labels: races