I've been working a fair bit lately, which has limited my ability to get into the mountains. However, I still try and log one or two solid vertical days per week to keep my climbing legs and to prep for future plans. As such, trying to come up with fun long runs with lots of vert. is not as easy as it may seem here along the Front Range. The M5 Challenge is great, but it is more power hiking then running, and so I was looking for something similar but that allowed me to run for the entire time. In a scramble to come up with something, I devised what I am dubbing the Red Rock Challenge. The challenge is simple, run as many laps as you can/want on a 1 mile, 500' gain loop that goes directly through Red Rocks amphitheater. The run seems easy enough at first, but soon the laps start adding up and the vertical really gets to the legs, simply because there are really no walking/hiking breaks and every mile you gain and lose 500'. This morning I was able to bang out 16 laps before throwing in the towel - I seem to have a small bruise on the knuckle of my second toe that started to act up. So I ended up with 16 miles and 8,000' of gain in 2:29.

Some people may not like the idea of laps, but I've really been enjoying them lately. They are easy to deal with - you run by your car each lap, so you don't have to carry water, food, etc. At Red Rocks, there are so many people out exercising, running the stairs, etc., that you can basically people watch the entire time. I think this is a great challenge, and perfect for the upcoming winter as the loop should be dry all winter and is a good running course with little or no power hiking - I was by the last two laps power hiking the stairs, skipping every other one. 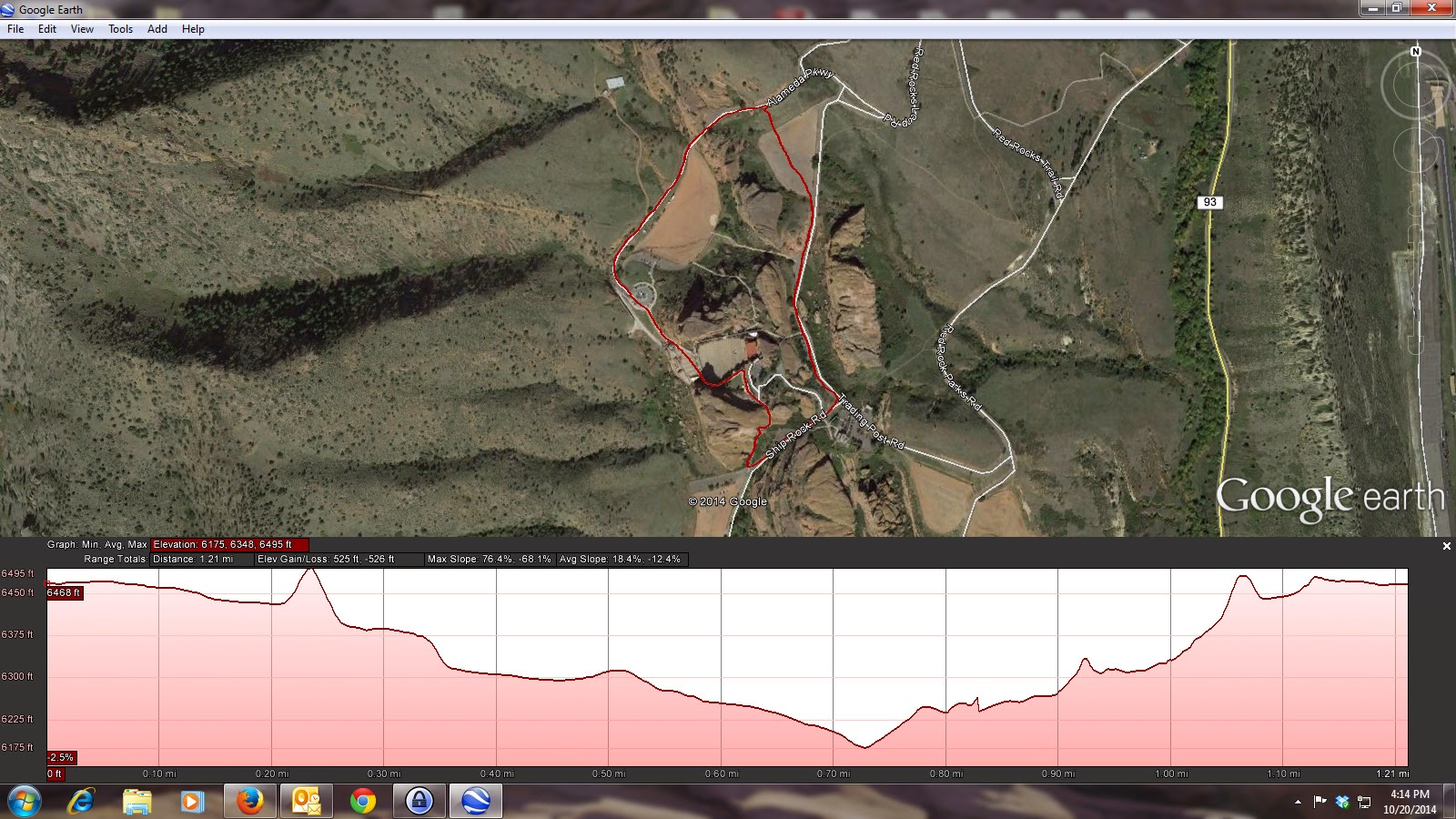 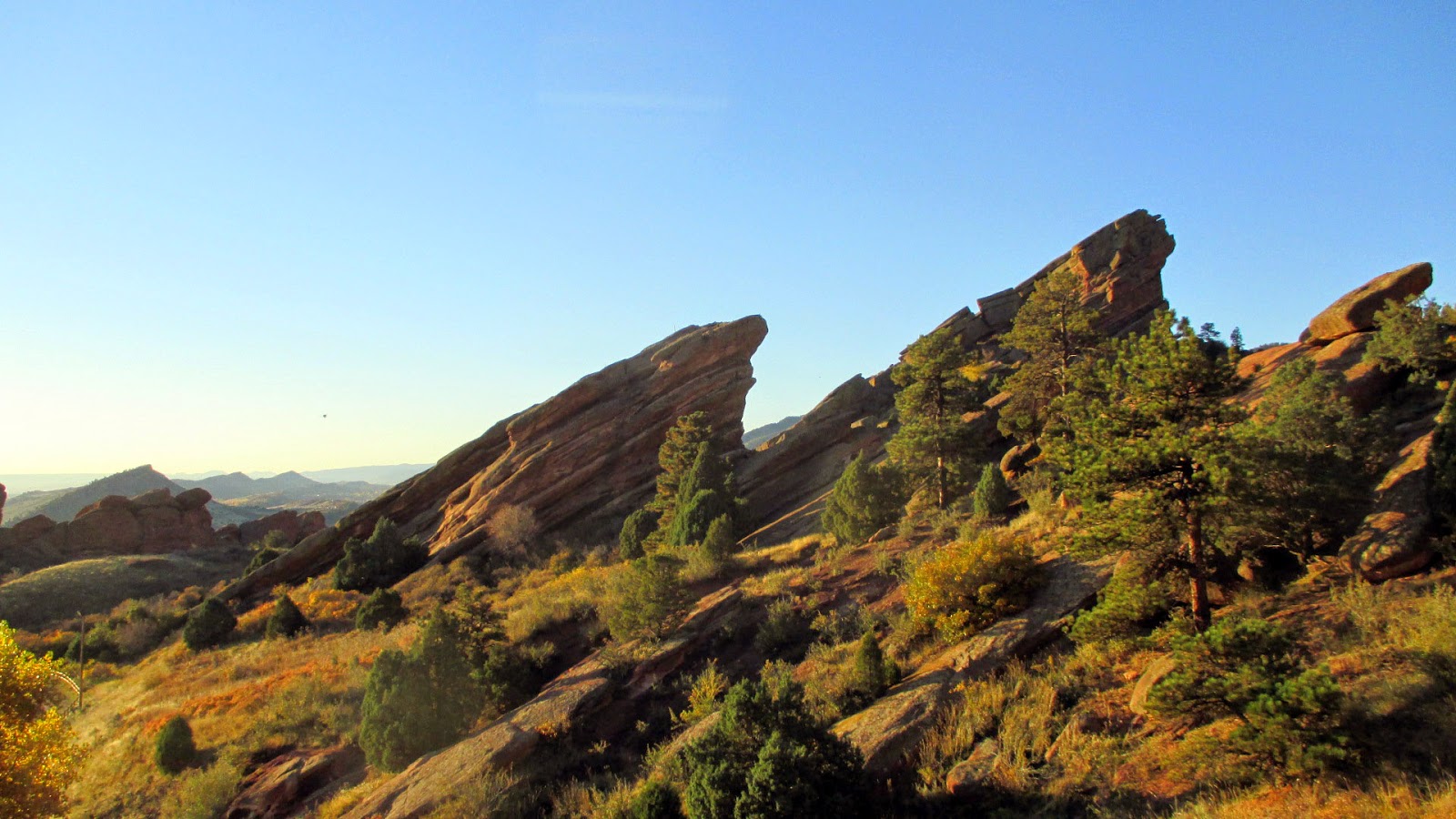 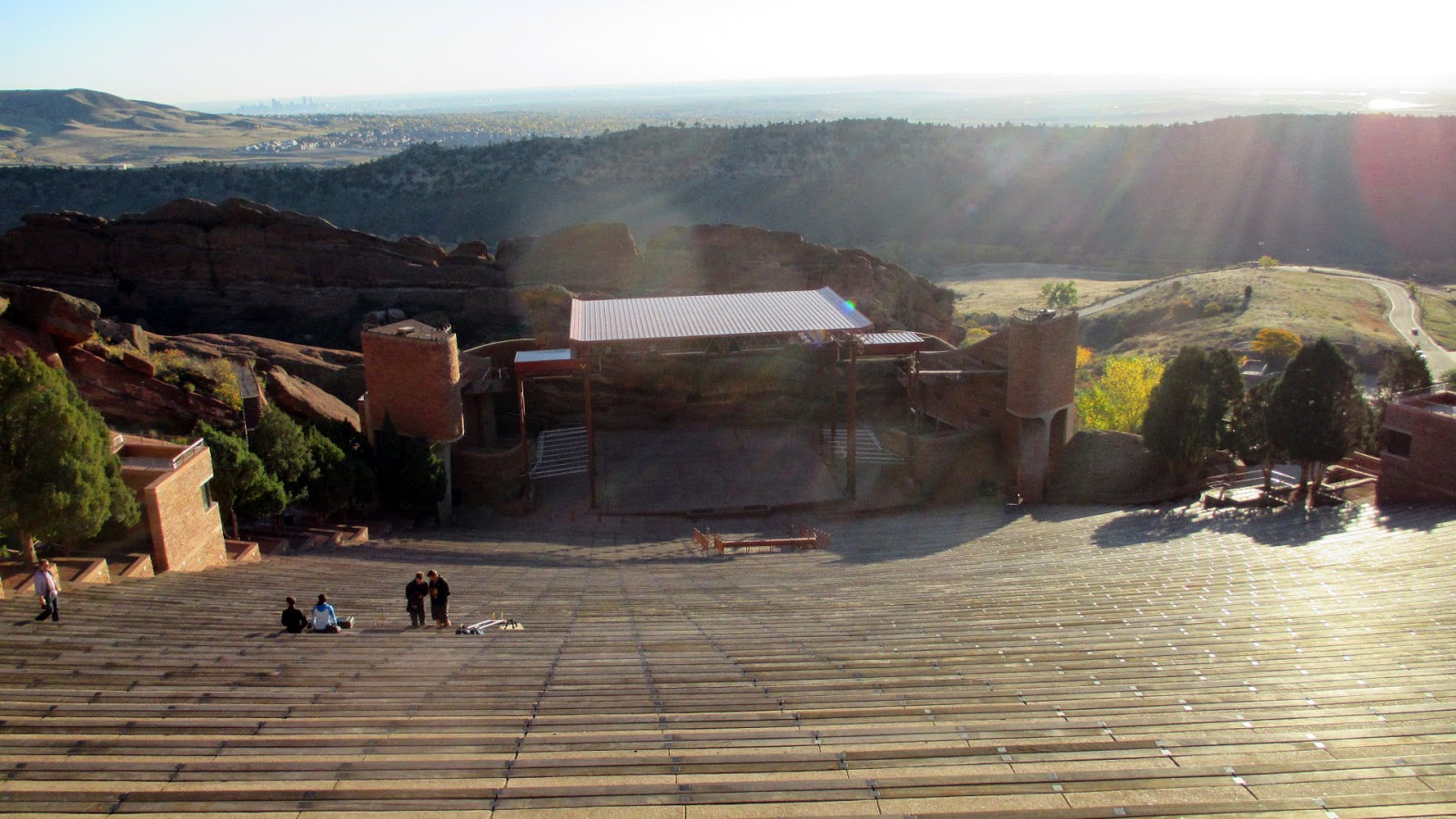 Seems like UROC is moving to California. I wonder if this has anything to do with the permitting issues noted by Sherpa John - which if true, are a real bummer.
2 comments: Links to this post

More catching up... ran/power hiked the M5 Challenge on Saturday. This is really a solid test piece, and one that I want to continue to incorporate into a semi-regular training basis. Since the trail is not an official trail, it is not nearly as buttery smooth as many of the other trails out there, and mimics a more mountain trail then most found on the Front Range. I felt good the entire time, but really didn't push, just kept an even pace. I kept thinking about the M10 Challenge during the outing, but that thought quickly faded - if anyone is up for a 12 hour Fat Ass this winter, let me know and we can give it a shot. 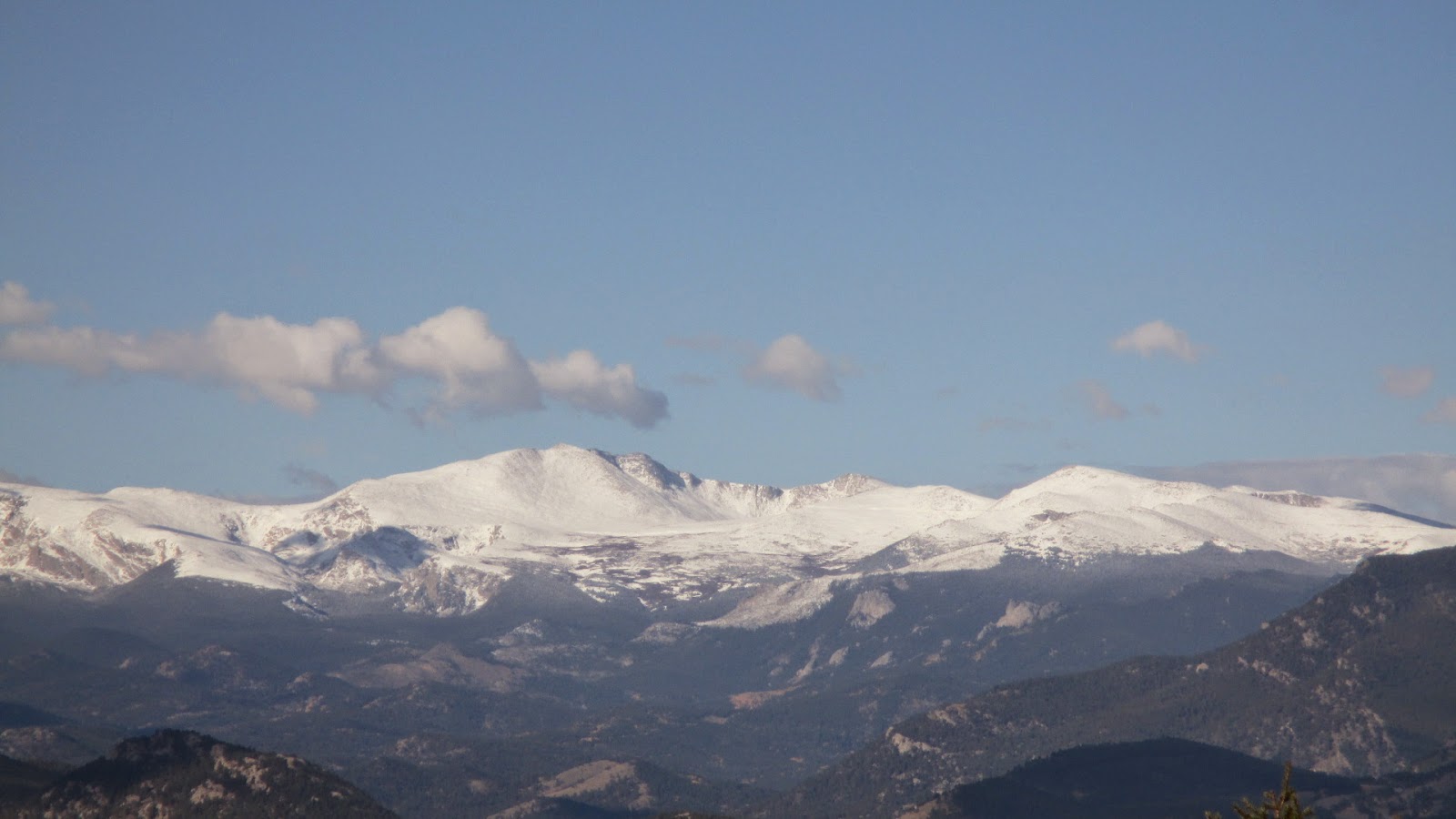 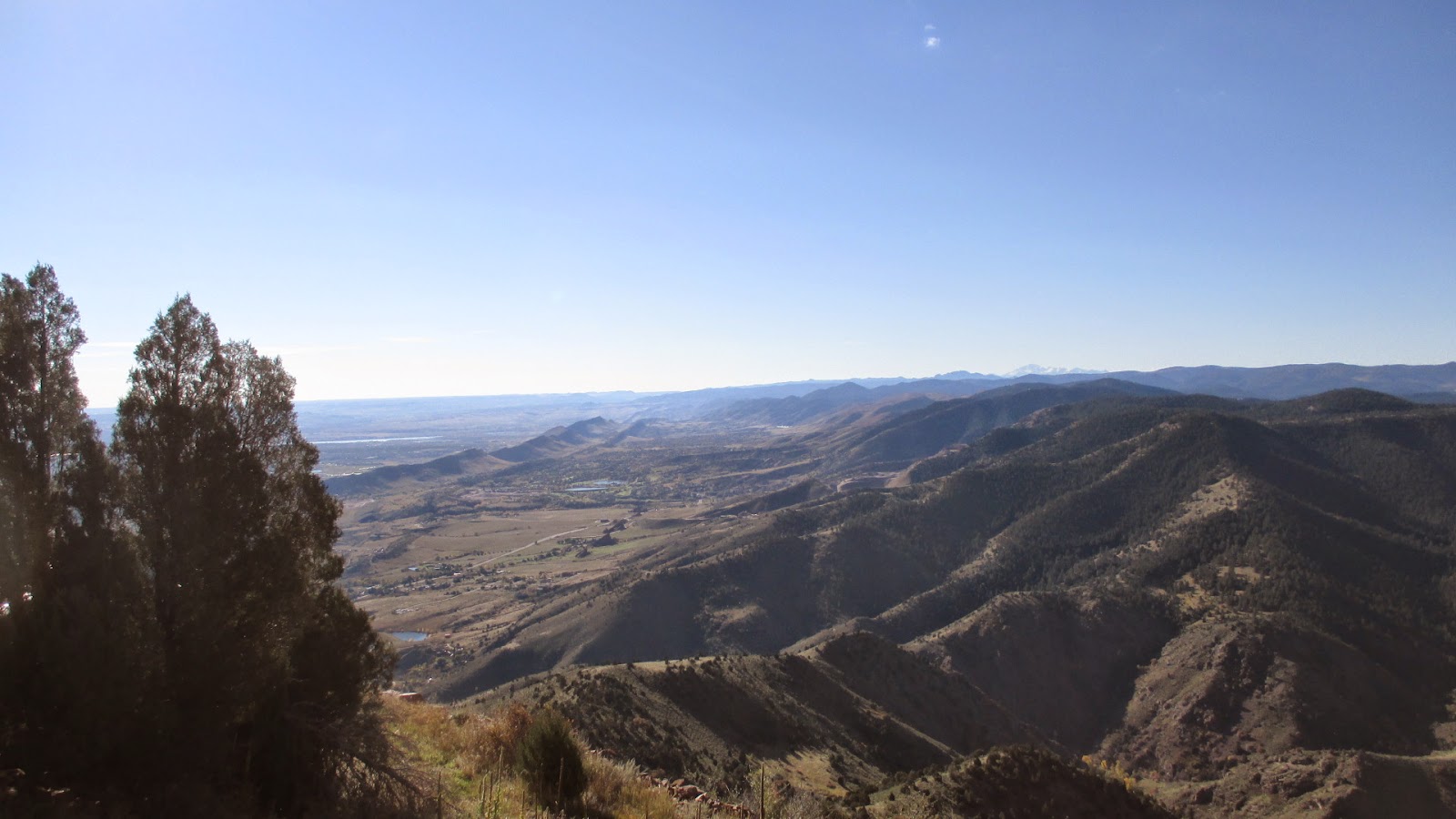 On Monday I ran the brand new North Fork out of Reynolds Park. This is a new 9.3 mile long trail (one way) that winds along and eventually reaches the South Platte. The fall colors were simply amazing during the run, and although the trail is really smooth (it is open to mountain bikers too, so they made it "flow", which means it is somewhat tedious for runners with all of its winding and non-direct lines) it travels through some really remote feeling country. I didn't see anyone else on the full run, except for my wife! 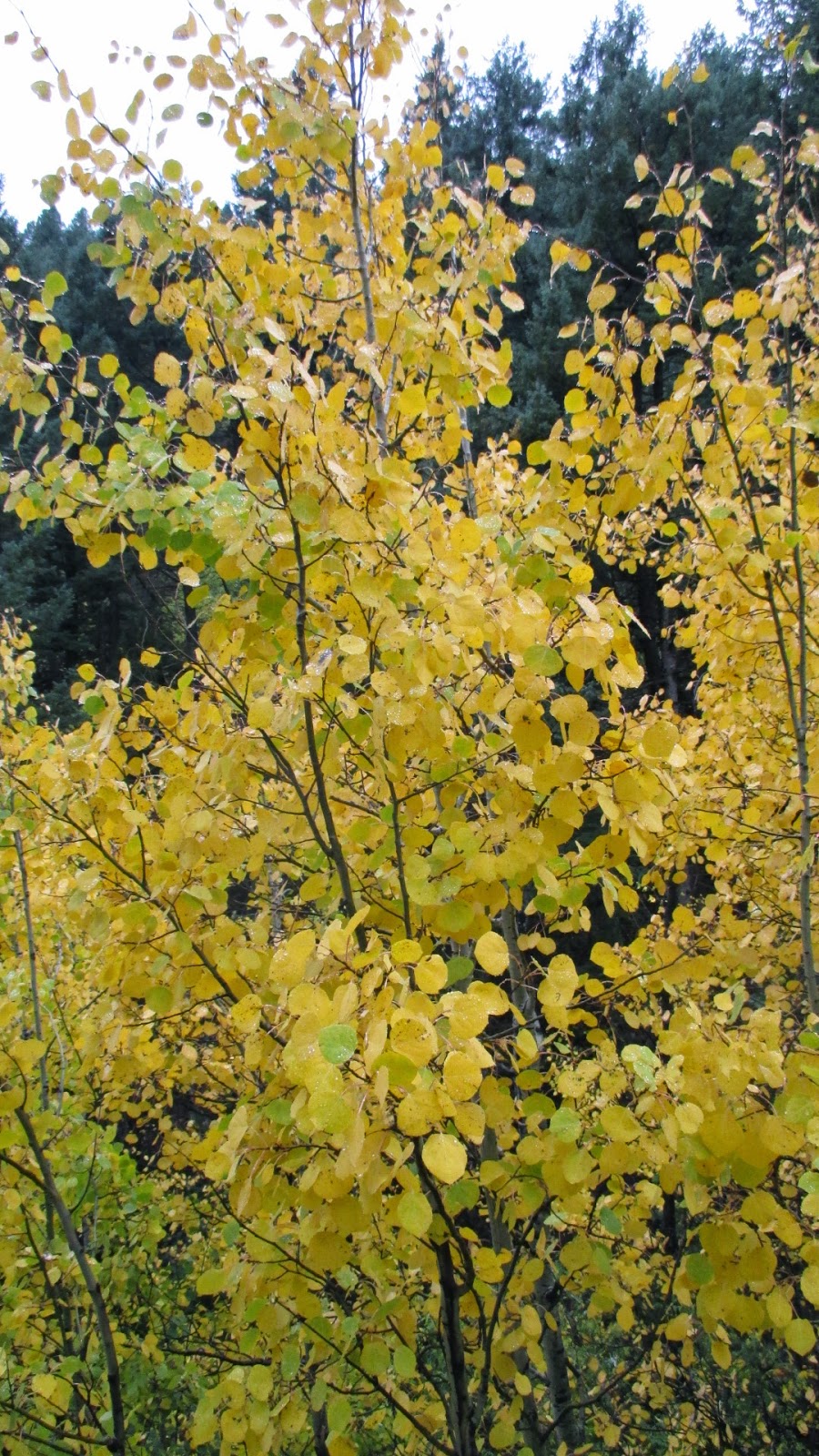 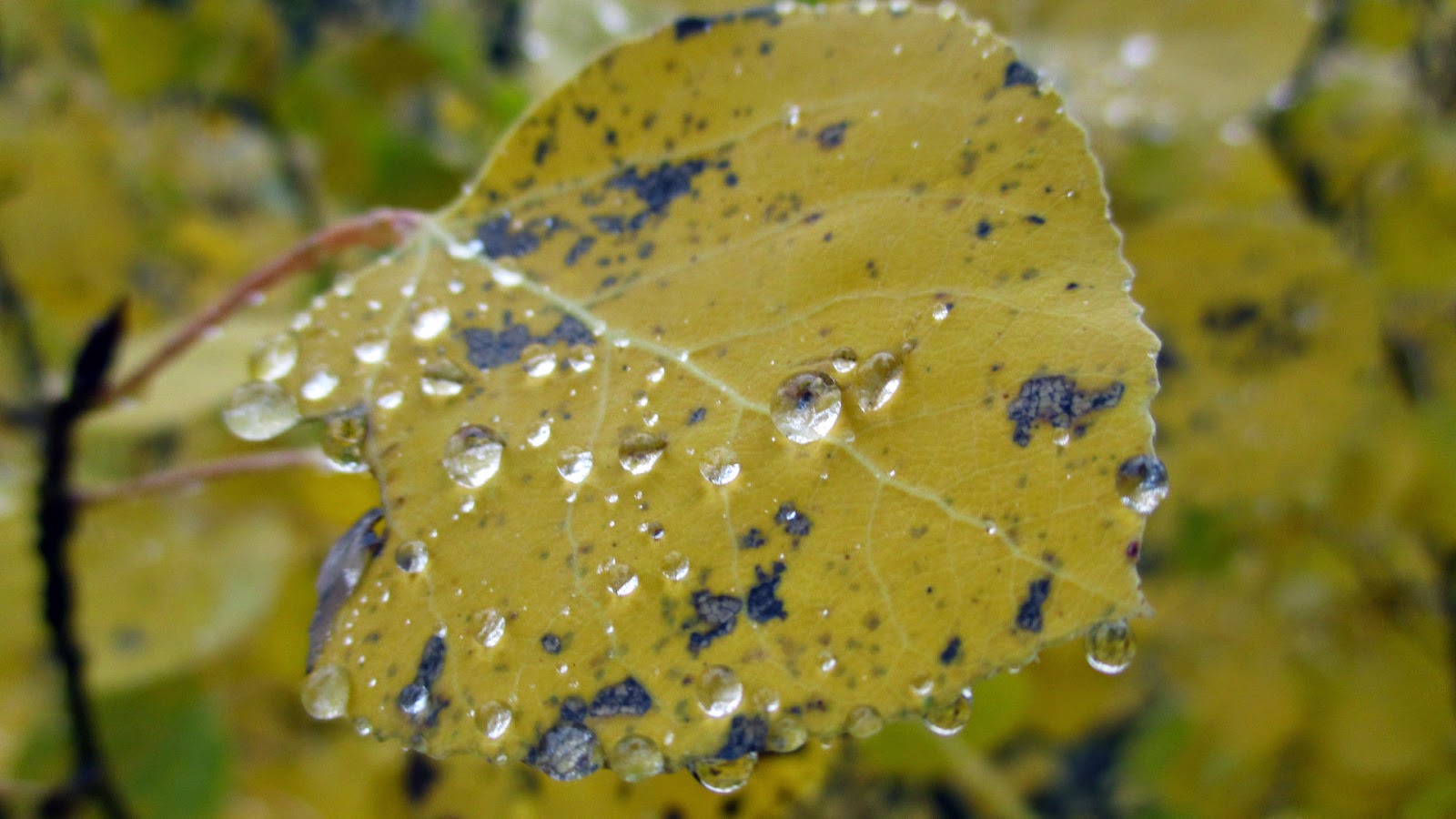 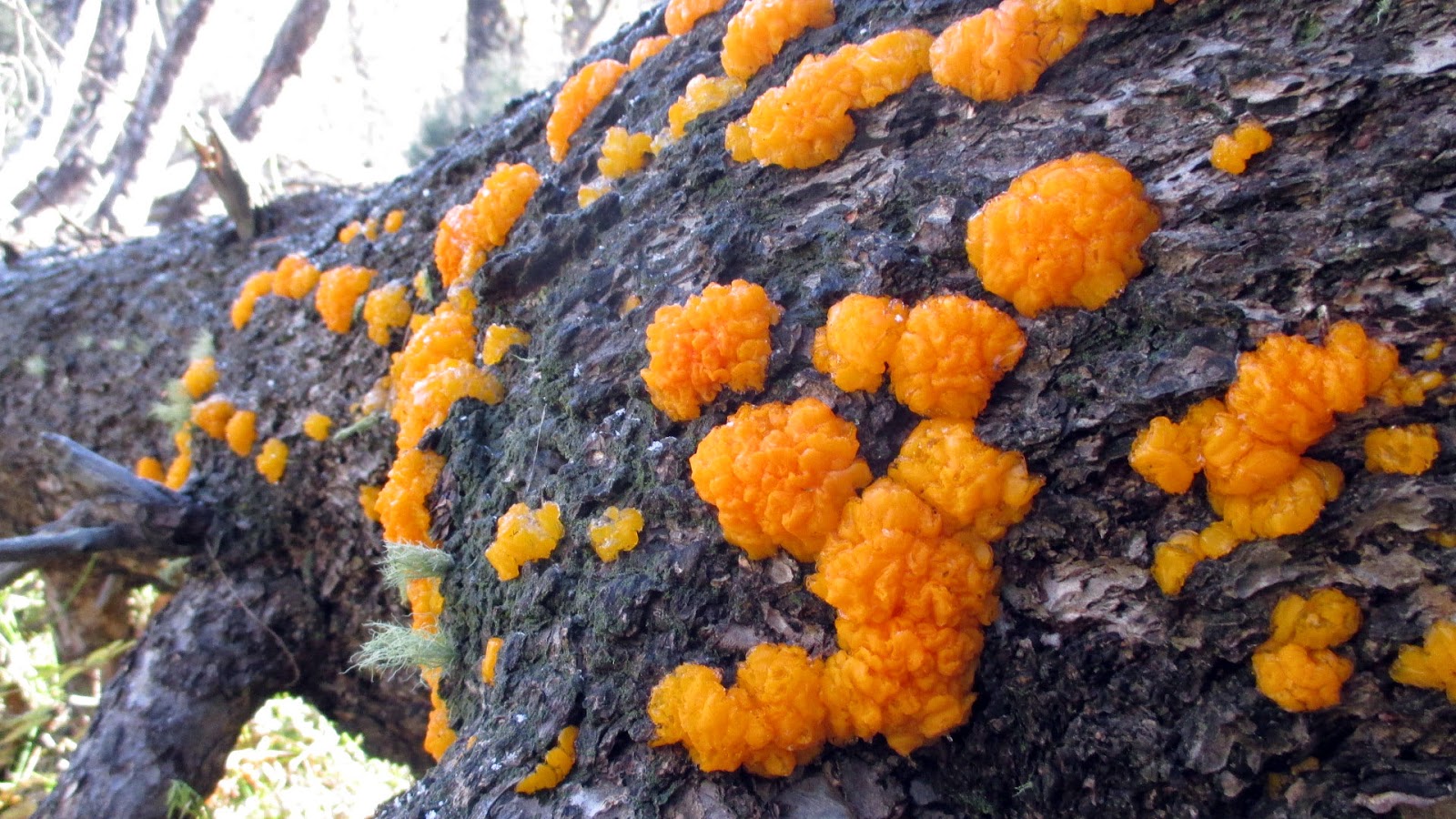 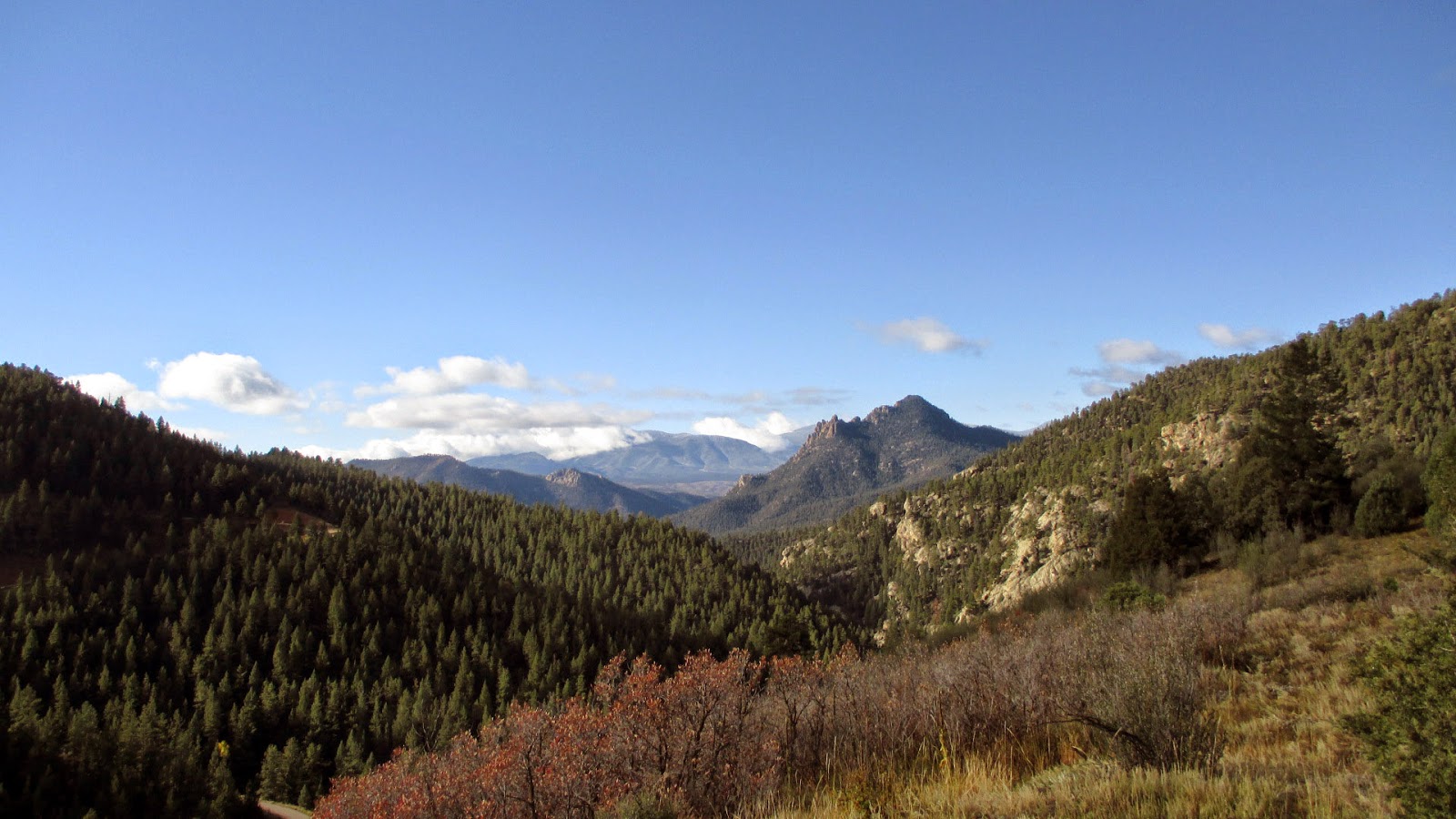 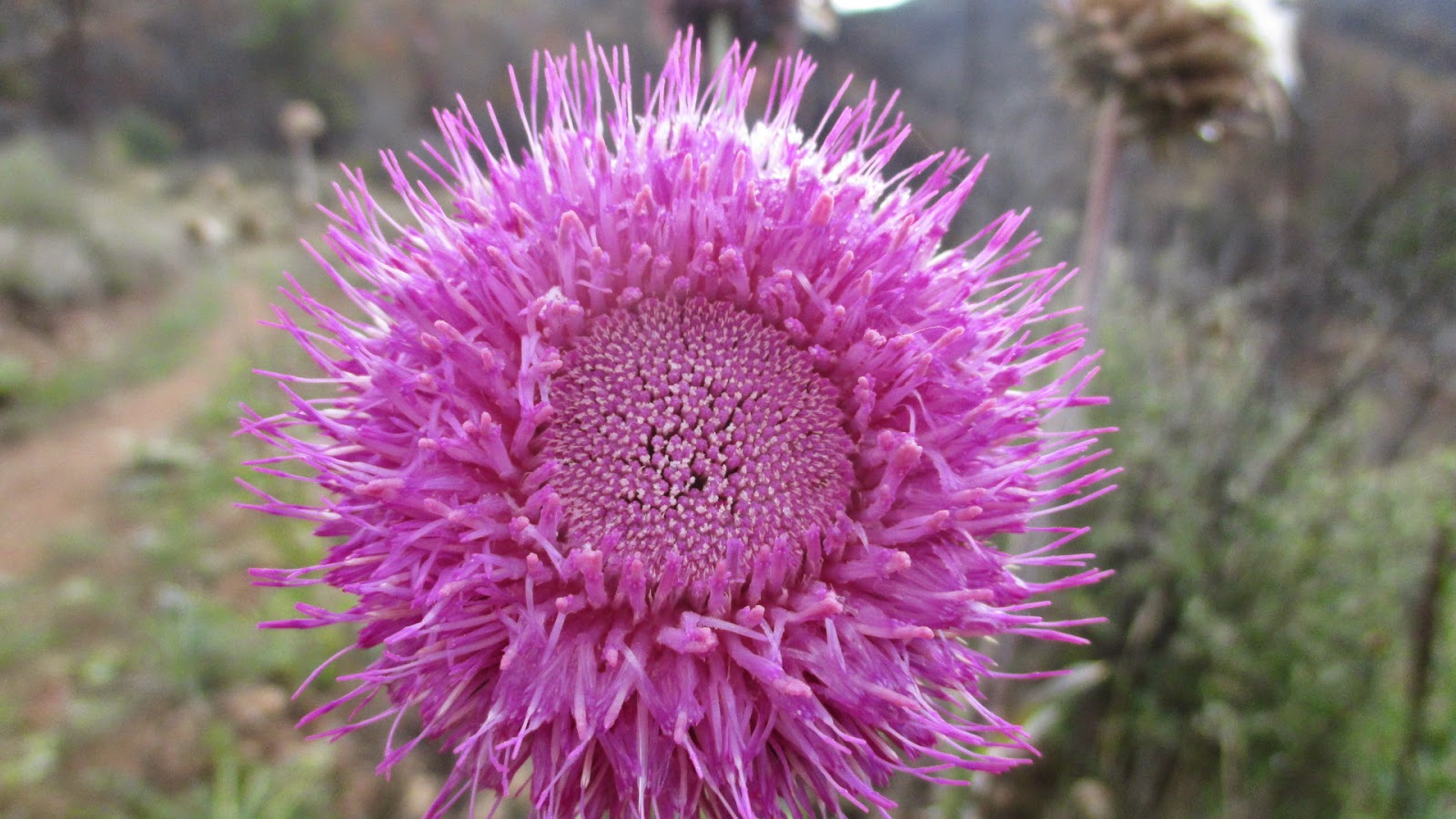 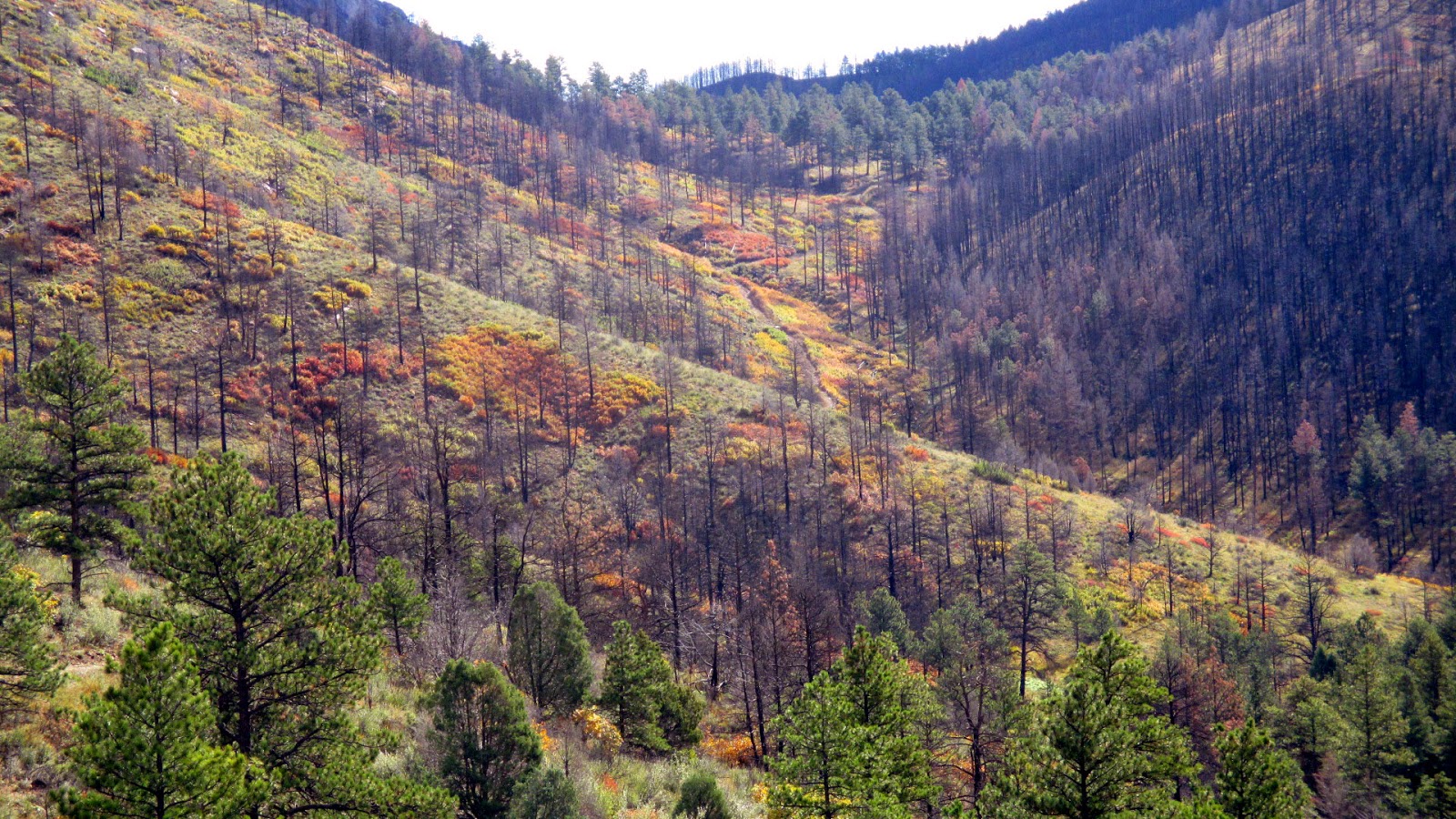 There are more and more new races being promoted, mostly on FB. My question is, why are they promoted prior to getting a permit? A new one just went live today, a 100 miler, but since I know the area really well, I don't think they will get a permit unless the course is somewhat blah. The area is surrounded by designated wilderness, so most of the mountains are off limits from my understanding. I can see how a RD would want to gauge interest, but it seems counterproductive to promote a race, build a website, attract participants (and sometimes, even have them register) prior to getting permits.

Working my bouldering project. I've got it down to two parts, with two moves that I can still not link together. Total moves is around 22, so almost a short sport route, but I really enjoy the problem and setting, and believe that once I can get it linked, it will go at about V10 or so. 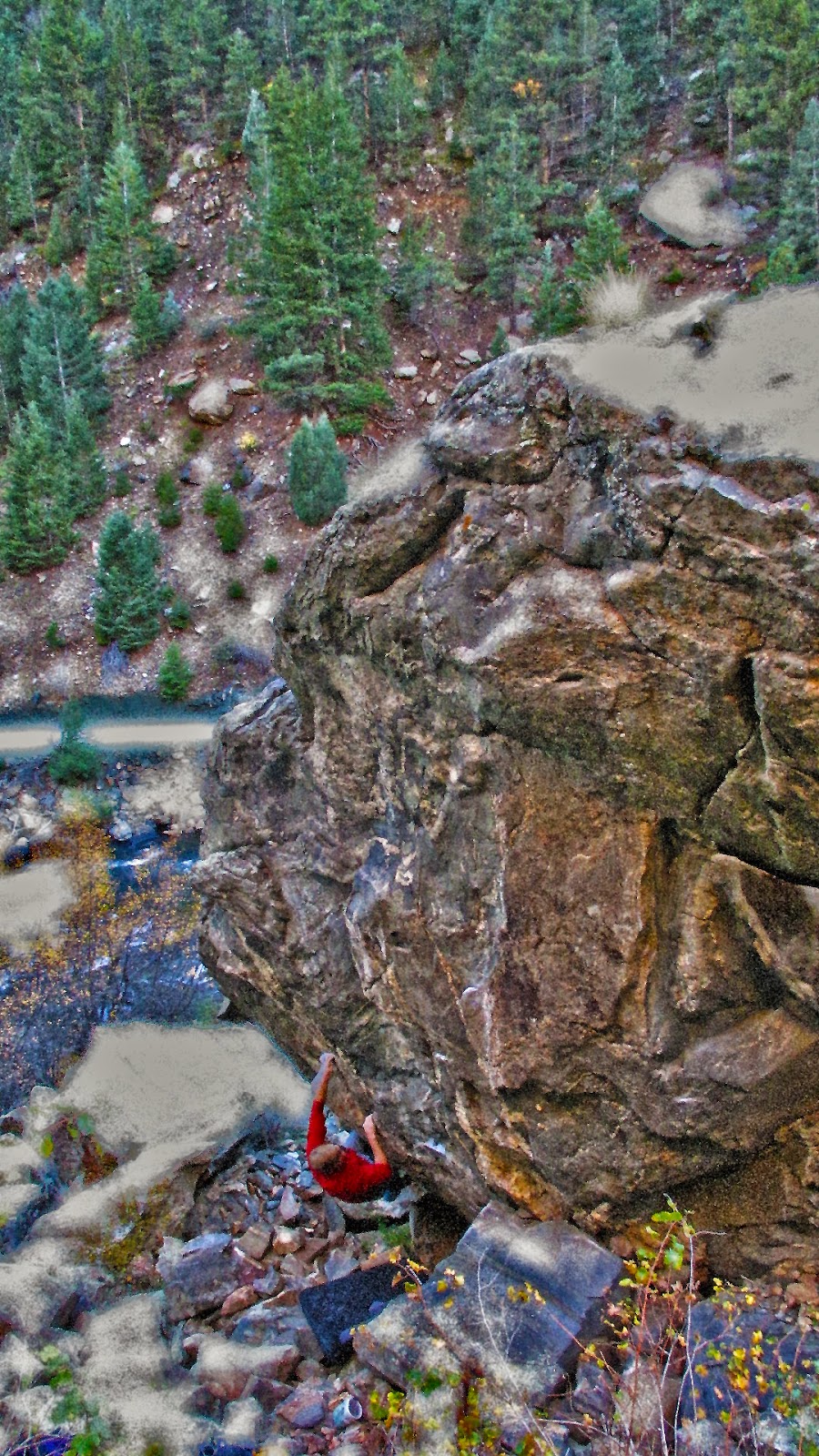 Interesting article on gastrointestinal complaints during exercise. As I noted before, I've been playing around with getting nitric oxide via beetroot juice, which so far seems to be beneficial in terms of a cost/benefit ratio and have also experimented with using multiple forms of carbohydrates during exercise, but have not been able to really nail it beyond the 8 hour window (of course, it also highly depends on race day temperatures and terrain/energy expenditure for me). Still learning, which makes it all so exciting.
6 comments: Links to this post

Last Friday I got out for a bit of scRUNbling in the Flatirons before work. I cruzed up to Dinosaur Mountain and did five laps on Sunnyside Two before continuing up and hitting up another slab on an unknown formation. I then dropped north and ended up doing most of the East Face of Dum before topping out on the summit of Dinosaur Mountain. Other then sending the sport routes on Der Zerkle and Square Rock a long time ago, as well as sending the FA of the Avs Wall Traverse and some other hard boulder problems in the area, I've never really scrunbled on the flatirons on Dinosaur Mountain. They are pretty cool, and I think I've figured out a set of routes that I can put together into a fun line for a bit over 2,000' of scrunbling: TipToe to East Face of Dinosaur to Sunnyside Two to Mallory Flatironette to South Ramp on the Box to Primal Rib on the Rainbow to the East Face on Dum to the summit. I'm hoping to link this together this fall. 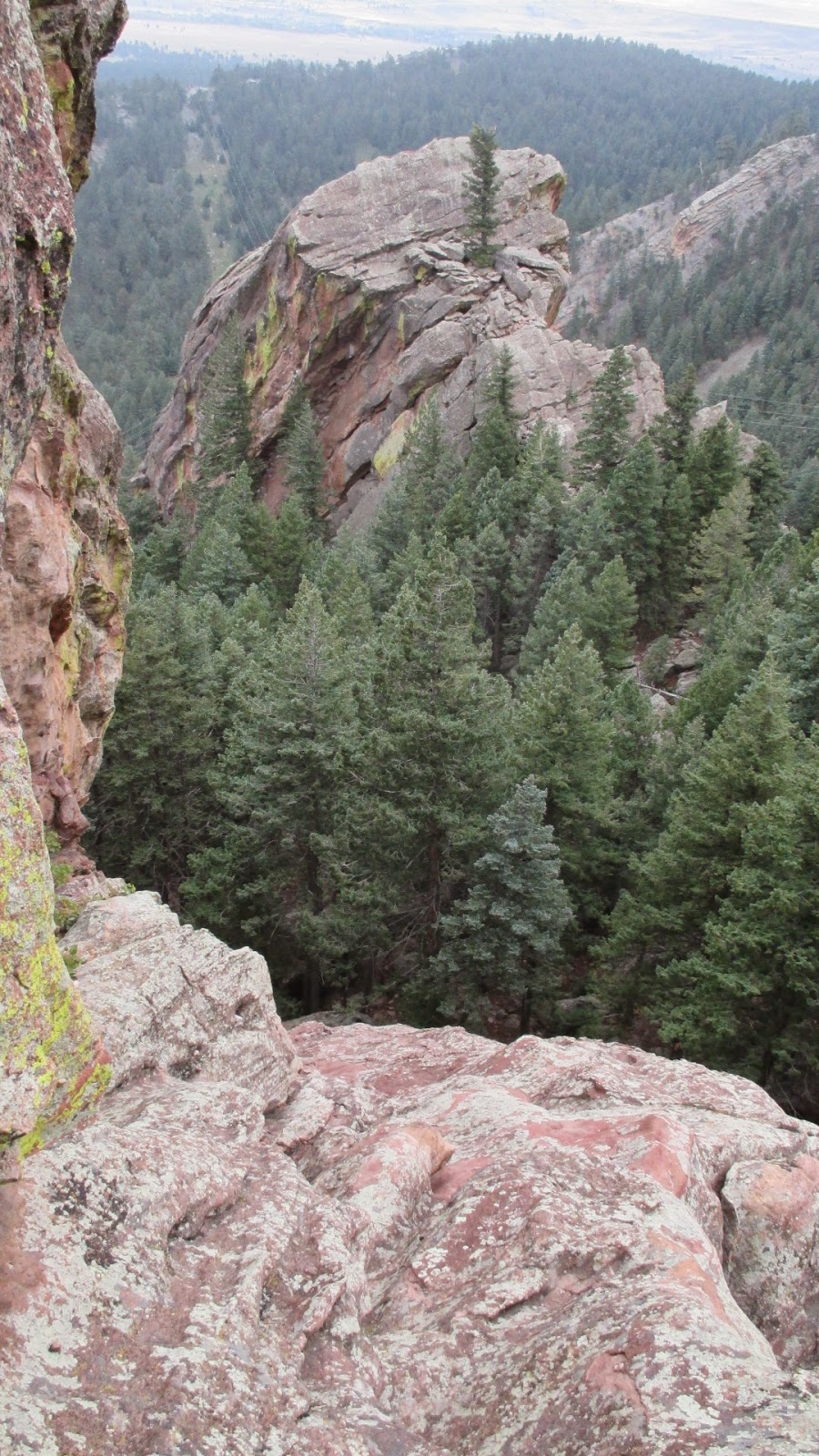 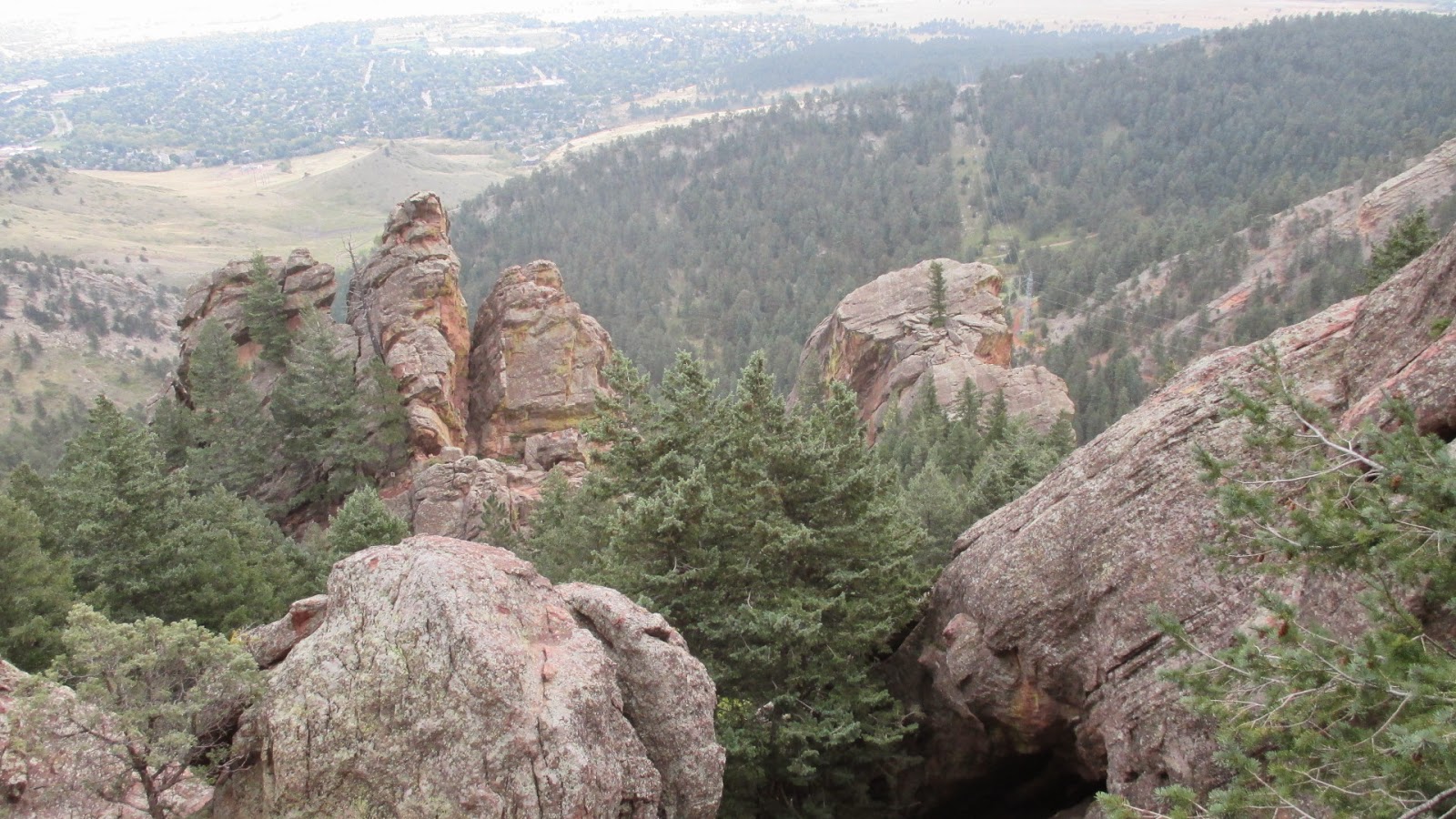 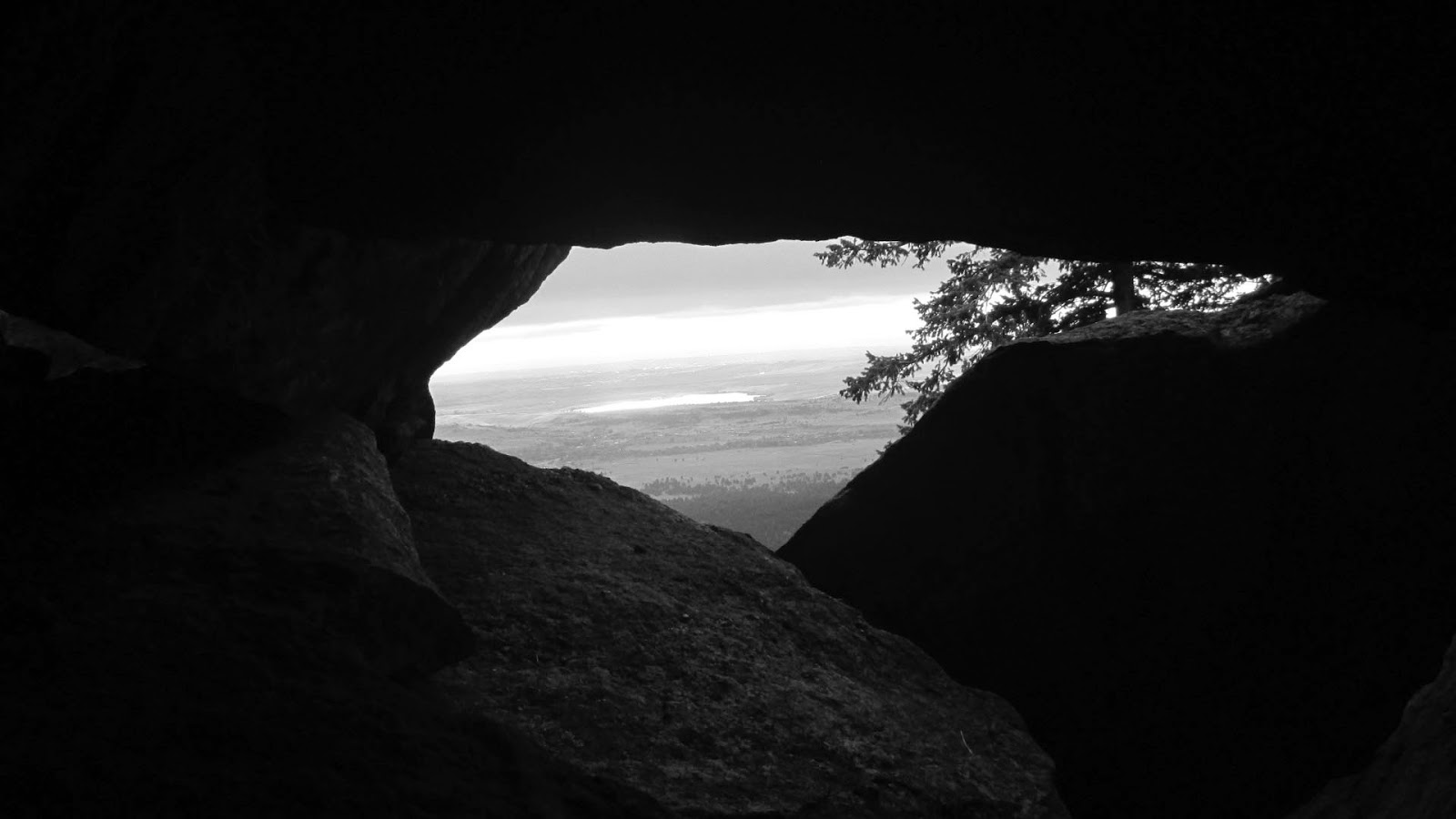 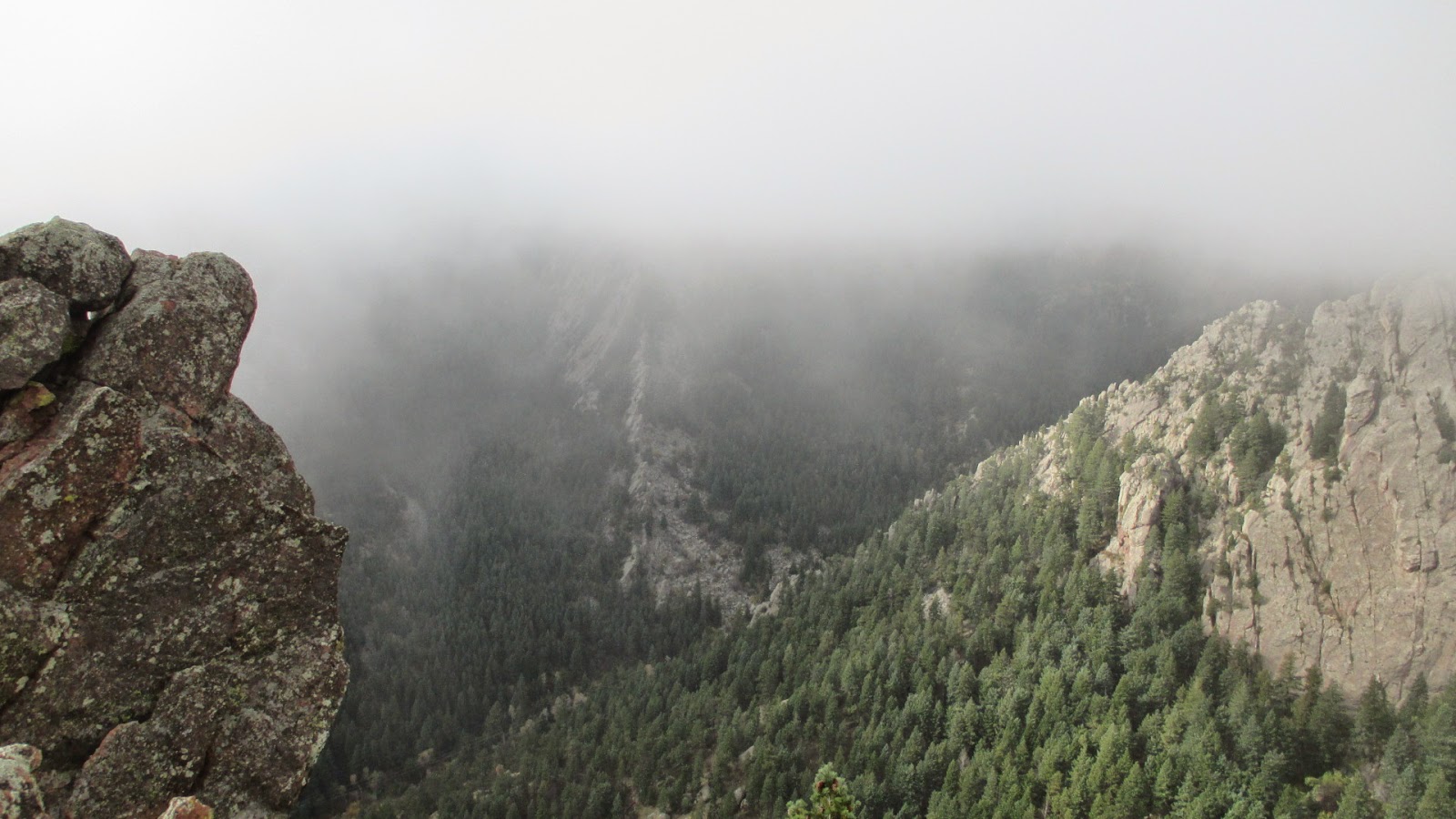 Looking down into Bear Canyon from the summit. 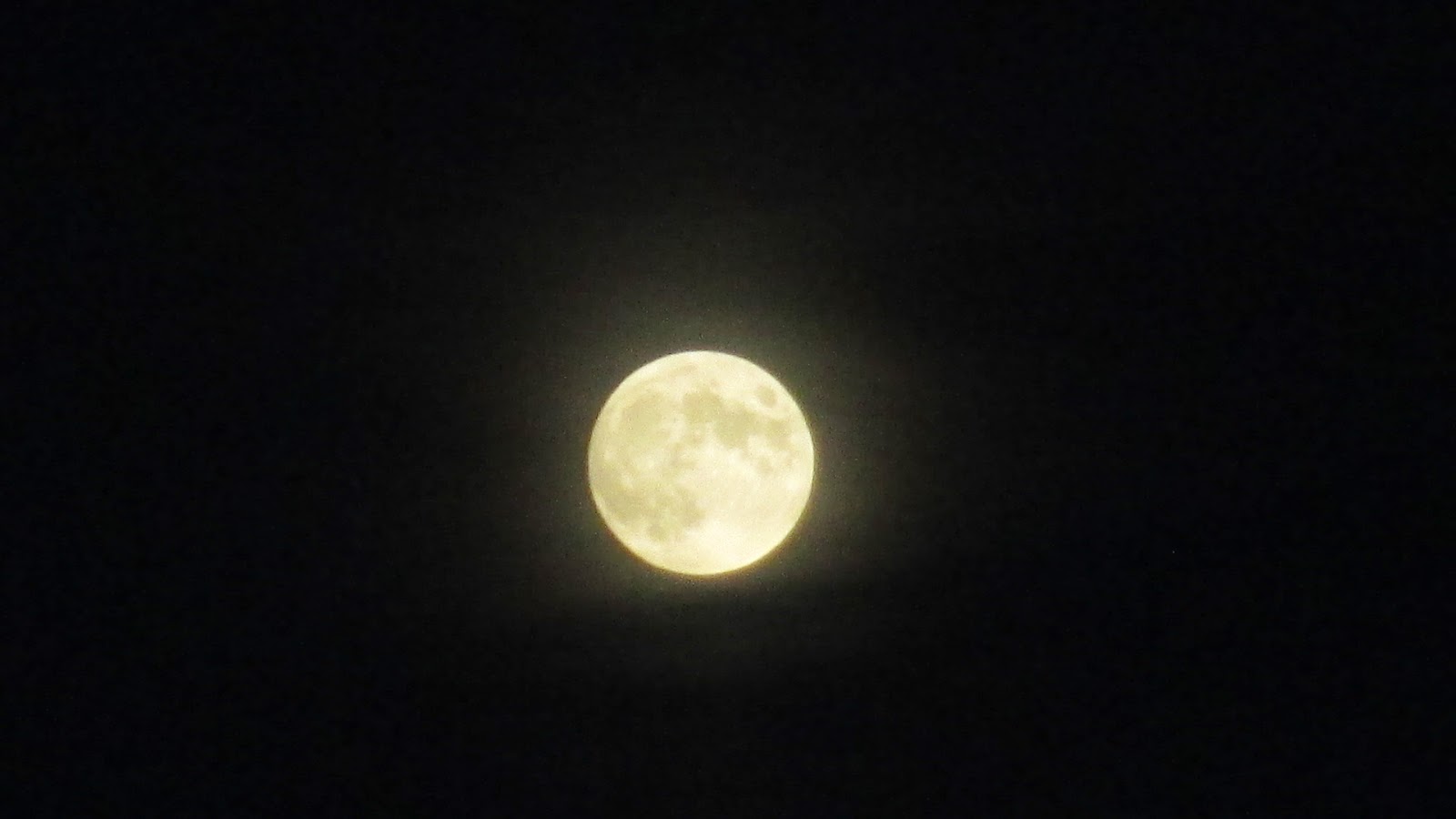 Captured the full moon rising last night, but a thin cloud layer prevented a good photo of the eclipse. 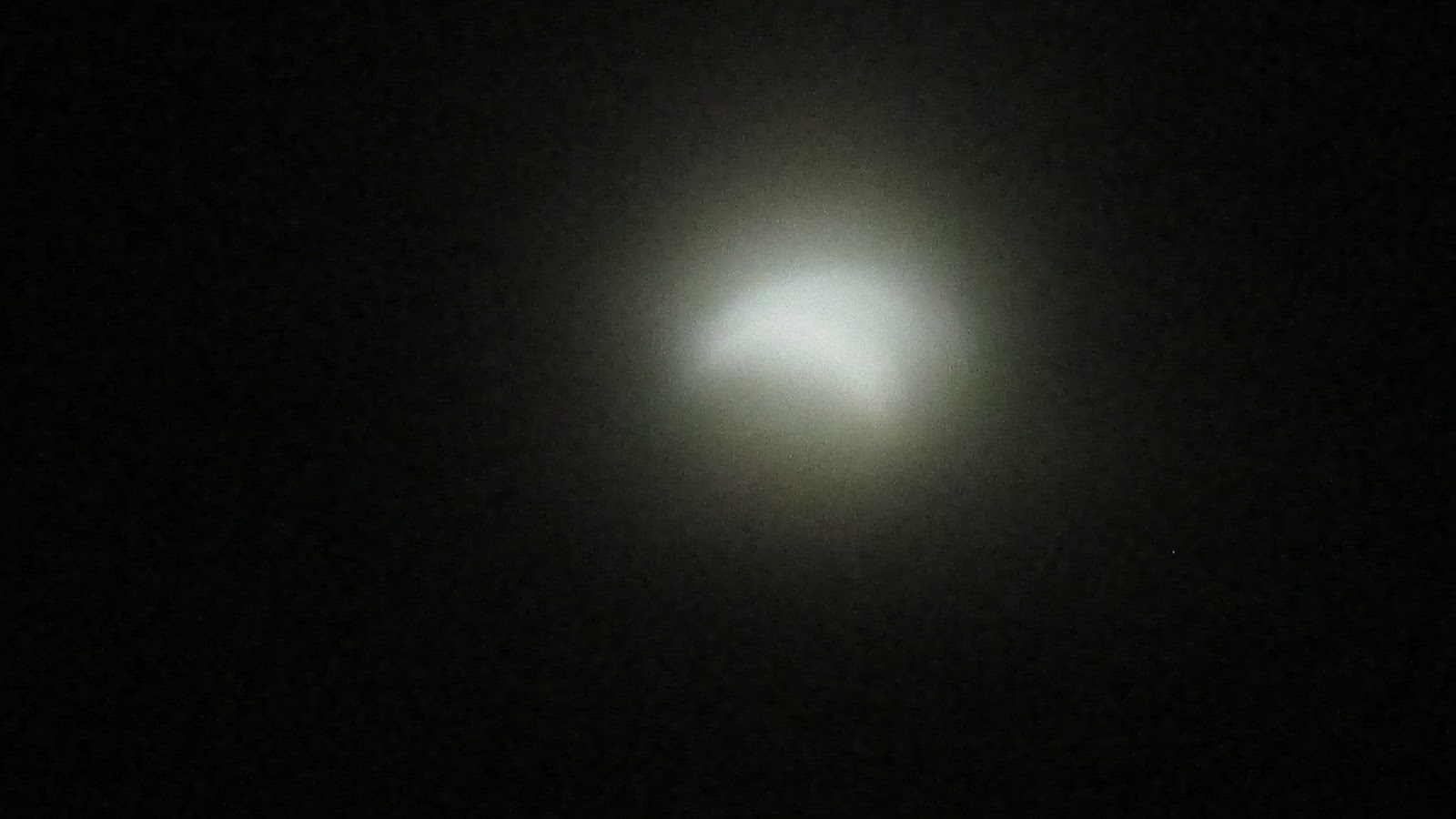 I picked up an old guidebook (I like collecting guidebooks, you can learn a lot of history and obscure routes from them). Found this photo interesting - I don't think there has been a June with this much snow up high in a long time, maybe since 1982! 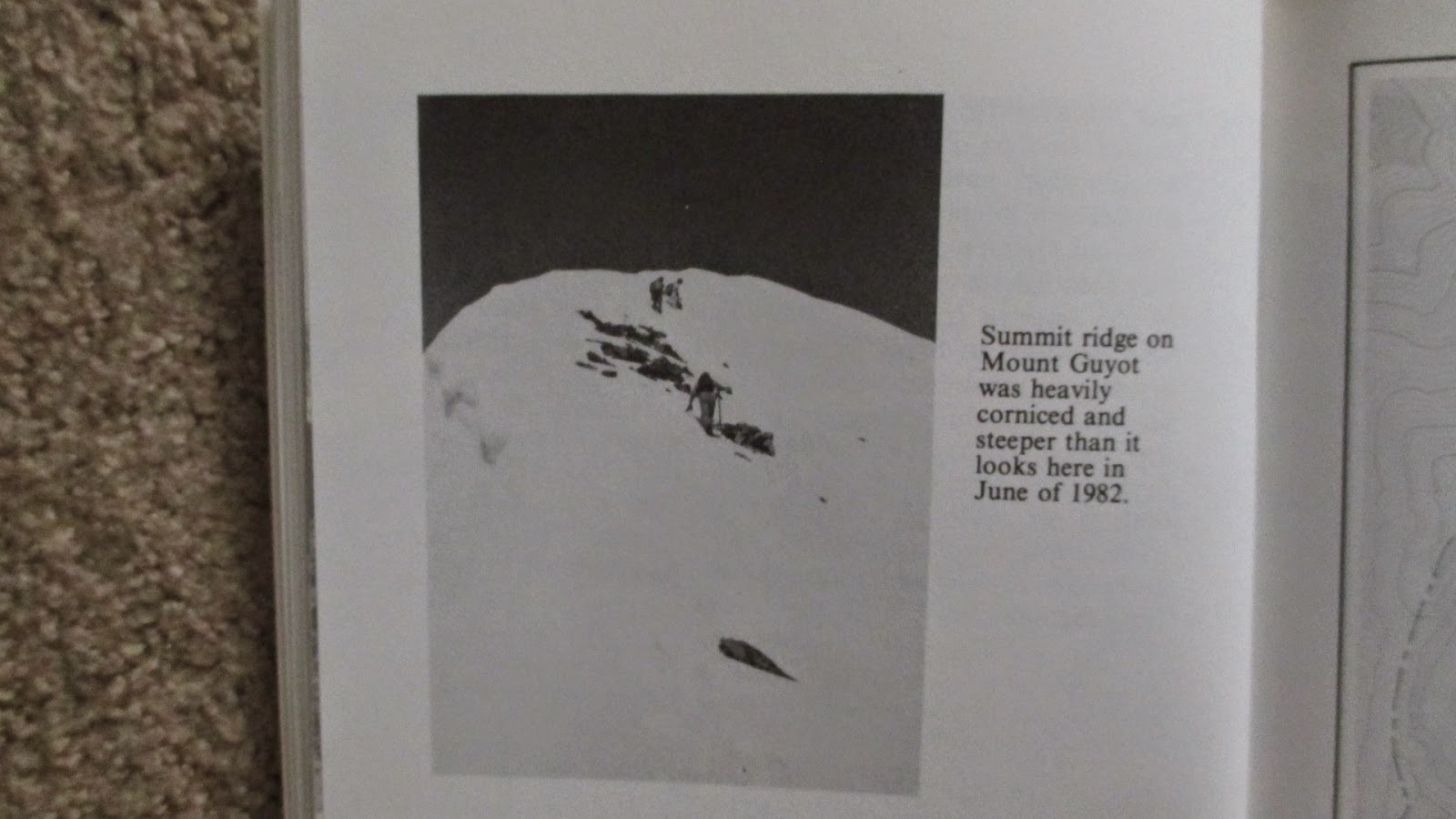 I got the opportunity to try some beetroot juice concentrate from Red Rush. I've been reading about nitric oxide and its benefits in terms of athletic performance (see here for some new research, and here, here, and here for previous research), but have not been able to afford/find a way to naturally get it. The beetroot juice concentrate from Red Rush seems pretty good so far, and the flavor is not bad. It may seem expensive for some, but if you think of it as being the same, if not cheaper then a coffee drink, it is well worth it.

Fairly psyched to have finished in 10th place overall in the US Skyrunning Sky series. I really wanted to get to Flagstaff for the final, but couldn't afford it. Not bad for not doing any speed all summer and mostly just trudging in the mountains. Looking forward to next year to place higher, and hopefully they will have more races in the series as well.

Put in a nice long effort in the Mount Evans Wilderness the other day. Ran about 20 miles in 3:45 at a fun pace. I missed the aspens by about a week it looked like, but still found some good views and shots. I was on the southwest side mostly, on Abyss Lake and Rosalie trails. Great trails for running - mellow grades, not too rocky, excellent views - and I didn't see a single person the entire time. Not bad for being only 1 hour from home. 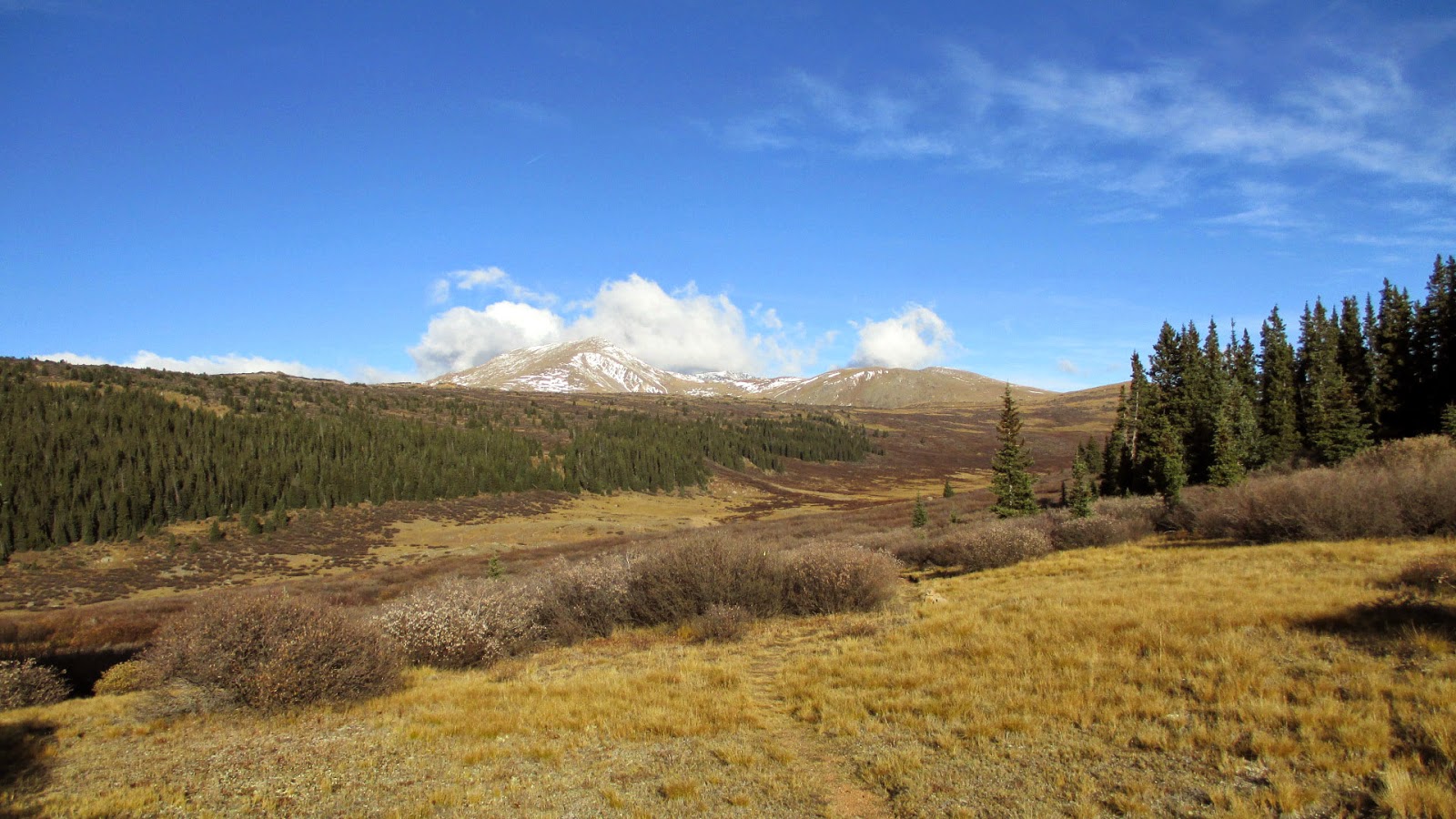 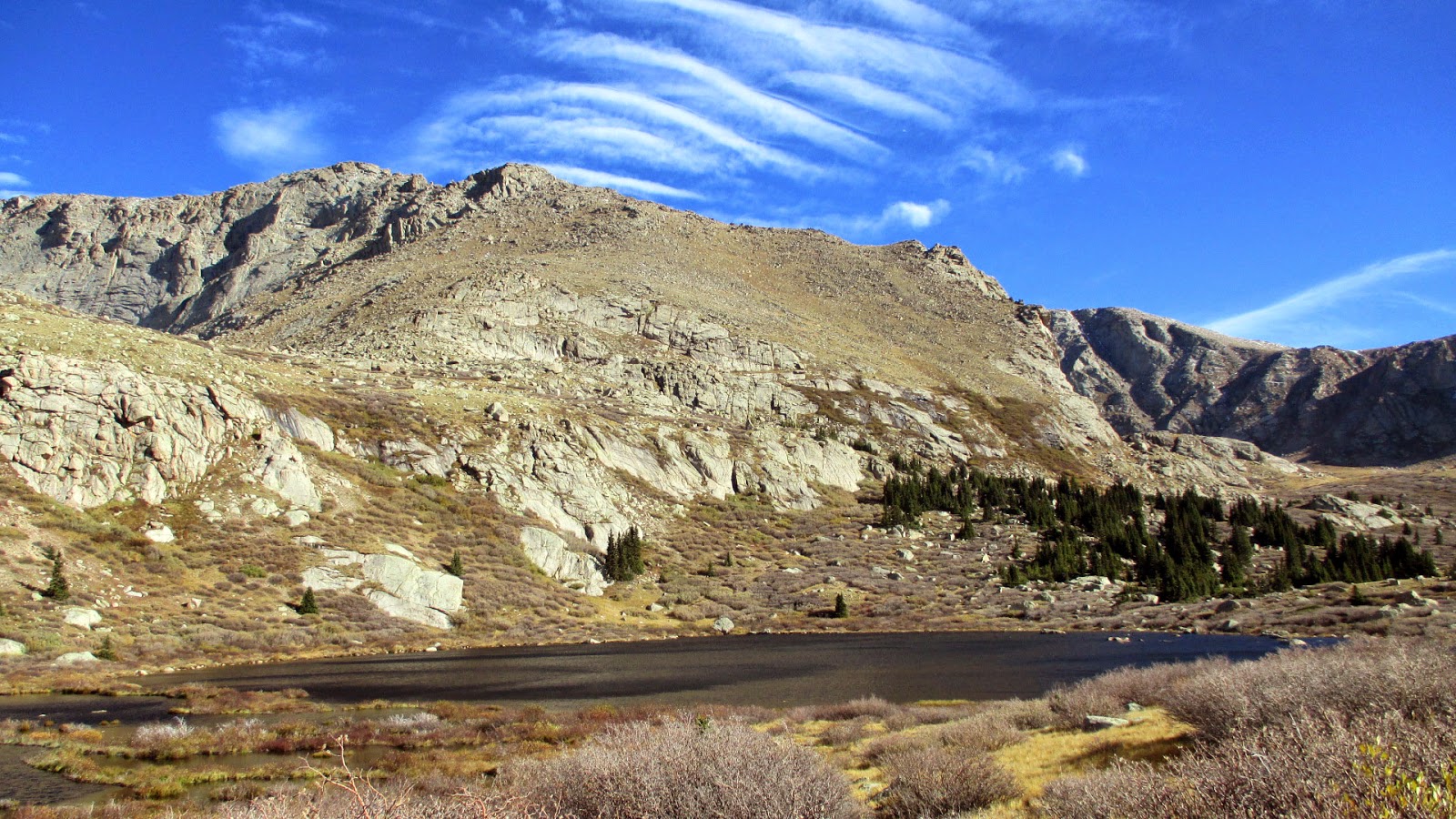 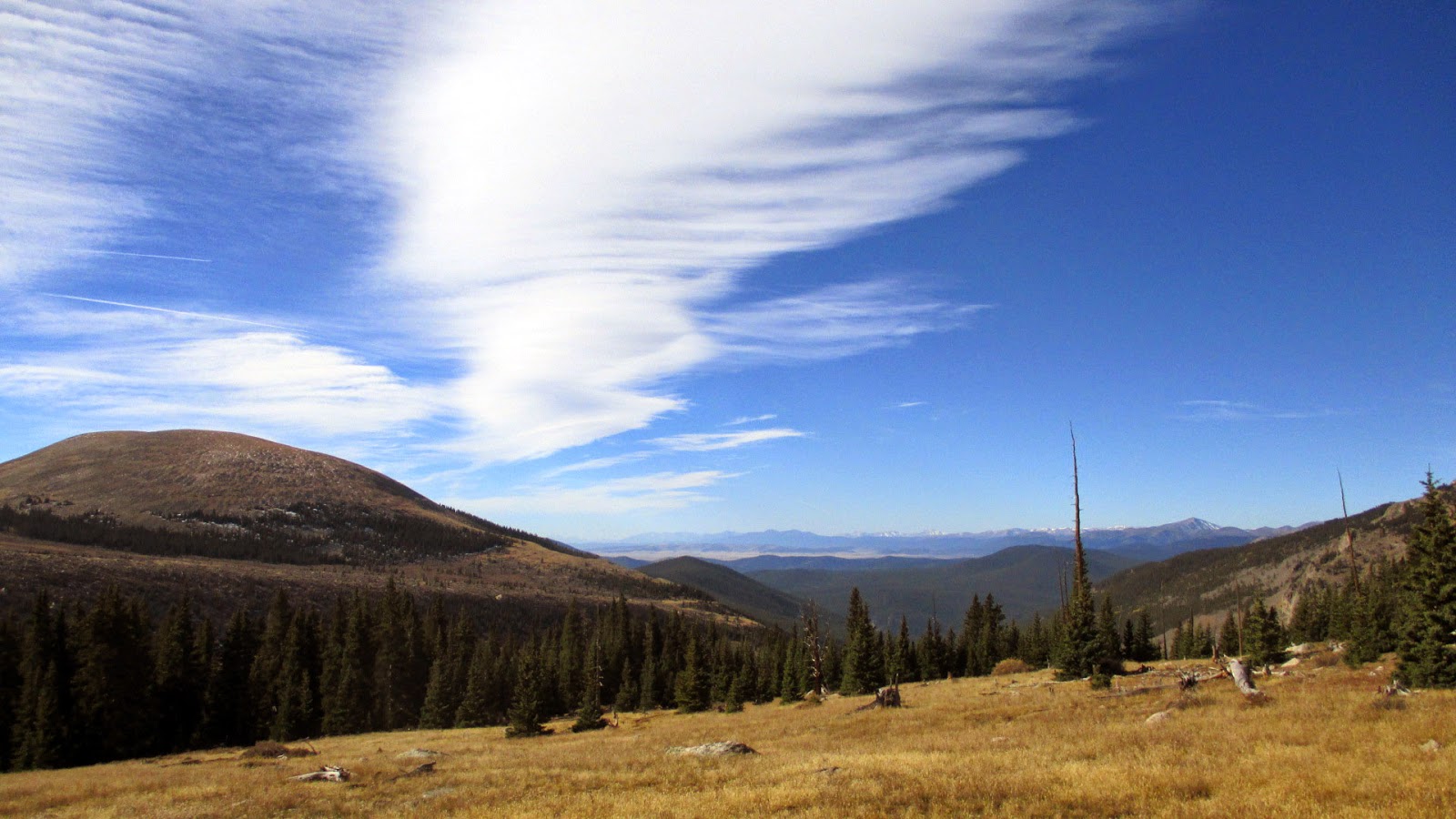 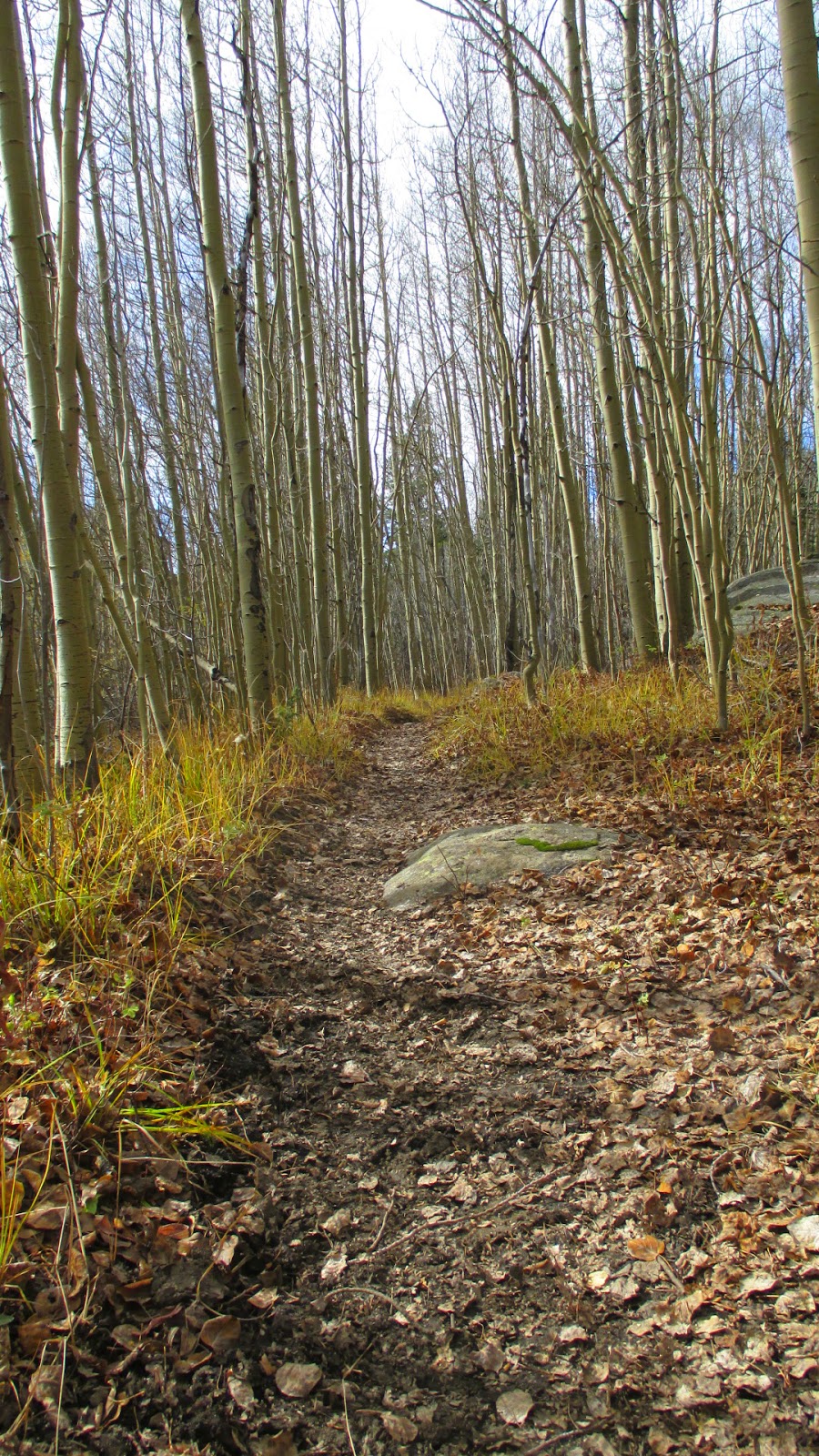 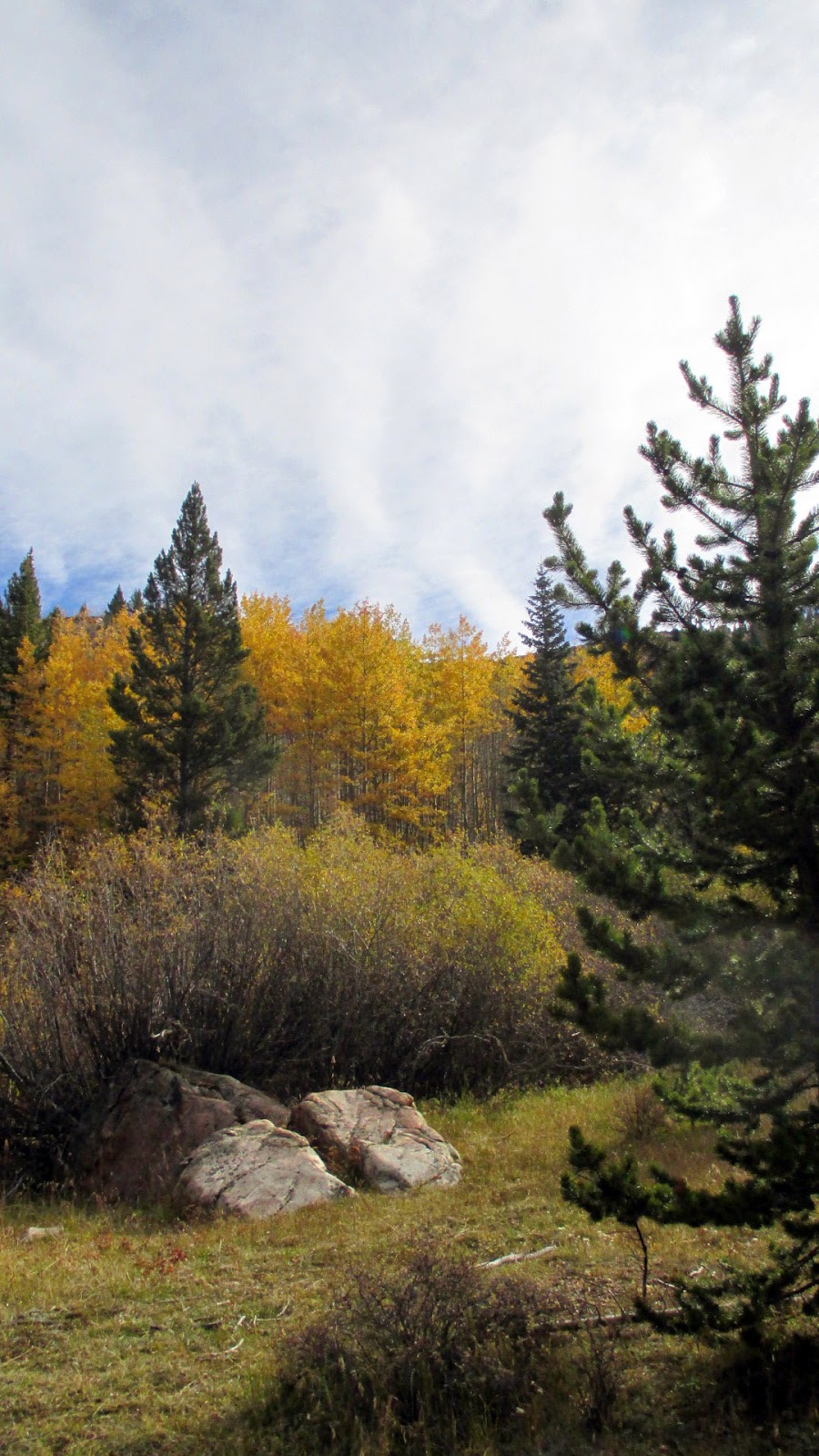 
On Saturday I got out and ran the Bear Chase 50 Mile race. Although not my kind of race or course, I signed up last minute because I couldn't find any other ultra races that I could do based on my work schedule this fall. Having spent most of the summer running and power hiking in the mountains, I knew I was not in the right form for 50 miles of pure running, but I wanted to still take on the psychological aspects of such an event (4 laps, rolling course). As the day approached, I was a little worried about the weather, as it was forecasted to be warm and I do not do well in heat, nor have I done any heat training. Sure enough, the day turned hot (91 was the high during the middle of the day) and despite my best efforts to deal with the heat, by the final five miles I got heat stroke. 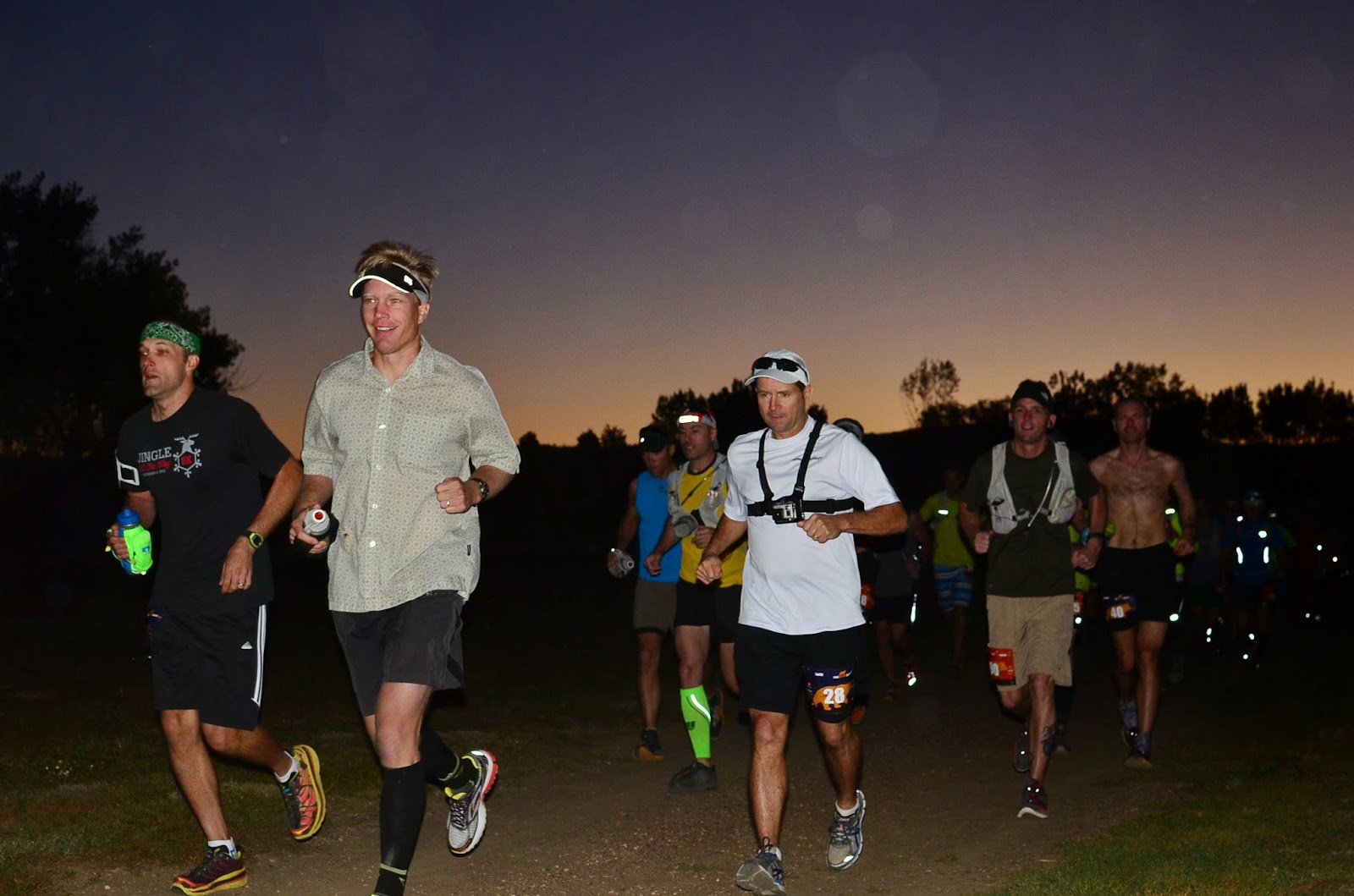 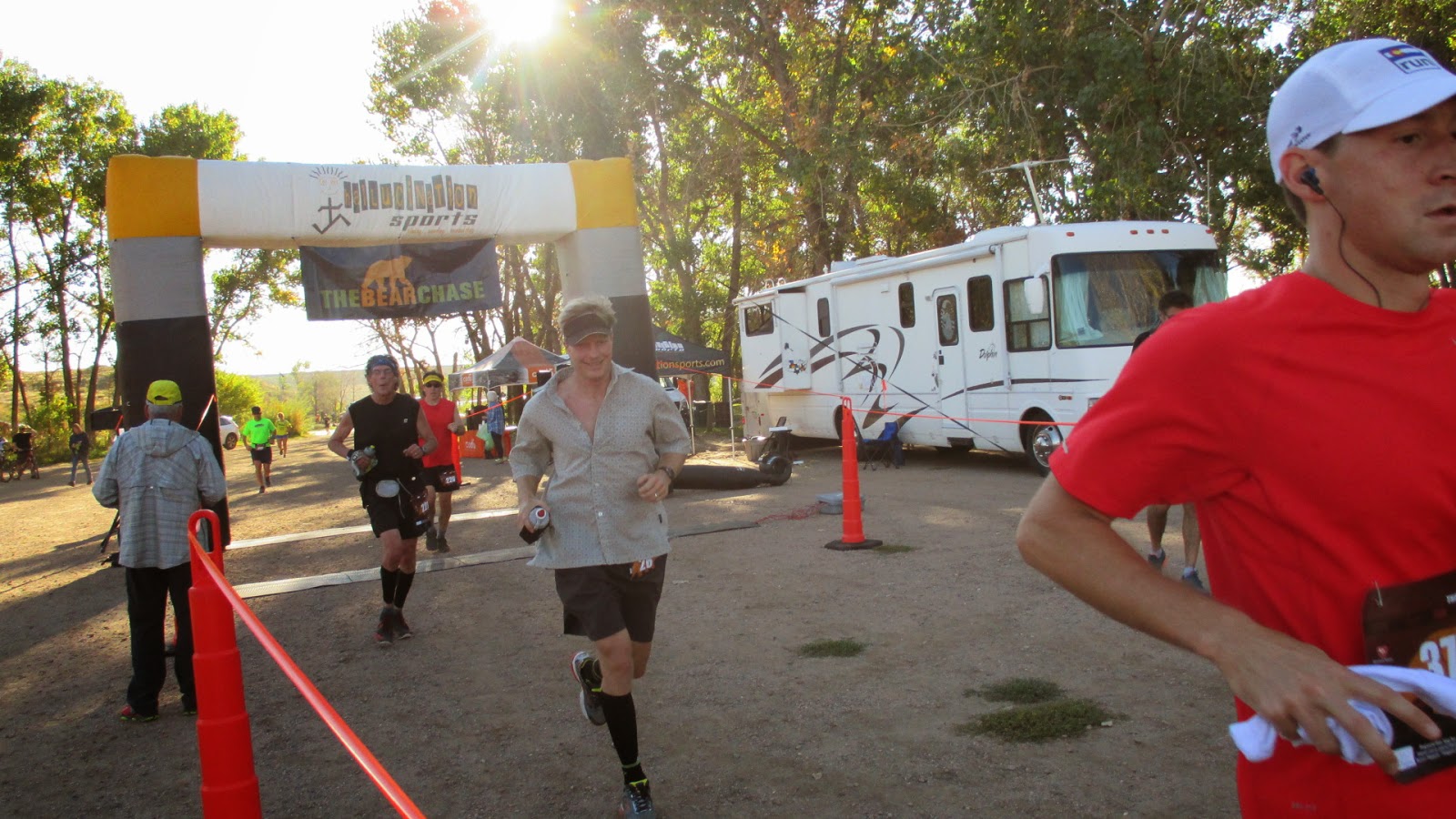 The race was really well run, and although I thought I would have to deal with the boredom and monotony of the course, that proved to not really be an issue. I never really talked with anyone the whole race, and I don't use music; however, I can't really remember what I thought about all day. I just got into a good groove of mind-blankness (although I know I did think of stuff, but everything is a blur) and went about running and shuffling until the final five miles, at which point I threw up. I could feel the heat stroke coming on, but tried to keep it at bay by putting water on my head and ice on the back of my neck, as well as wearing an open cotton shirt (which did help I believe). I also tried to take a few minutes at the stream crossings to cool down. However, with my northern genes and my lack of any heat acclimation (I spent all summer in the mountains or inside), it got the better of me. I knew what was happening this time at least, and so just kinda rolled with it, throwing up and then continuing on. I tried to drink some soda at the next aid station, but the final 4 miles are all out in the direct sun, so I had to empty my stomach a few more times. I finally finished in 9:56:16, which was good for 20th place. 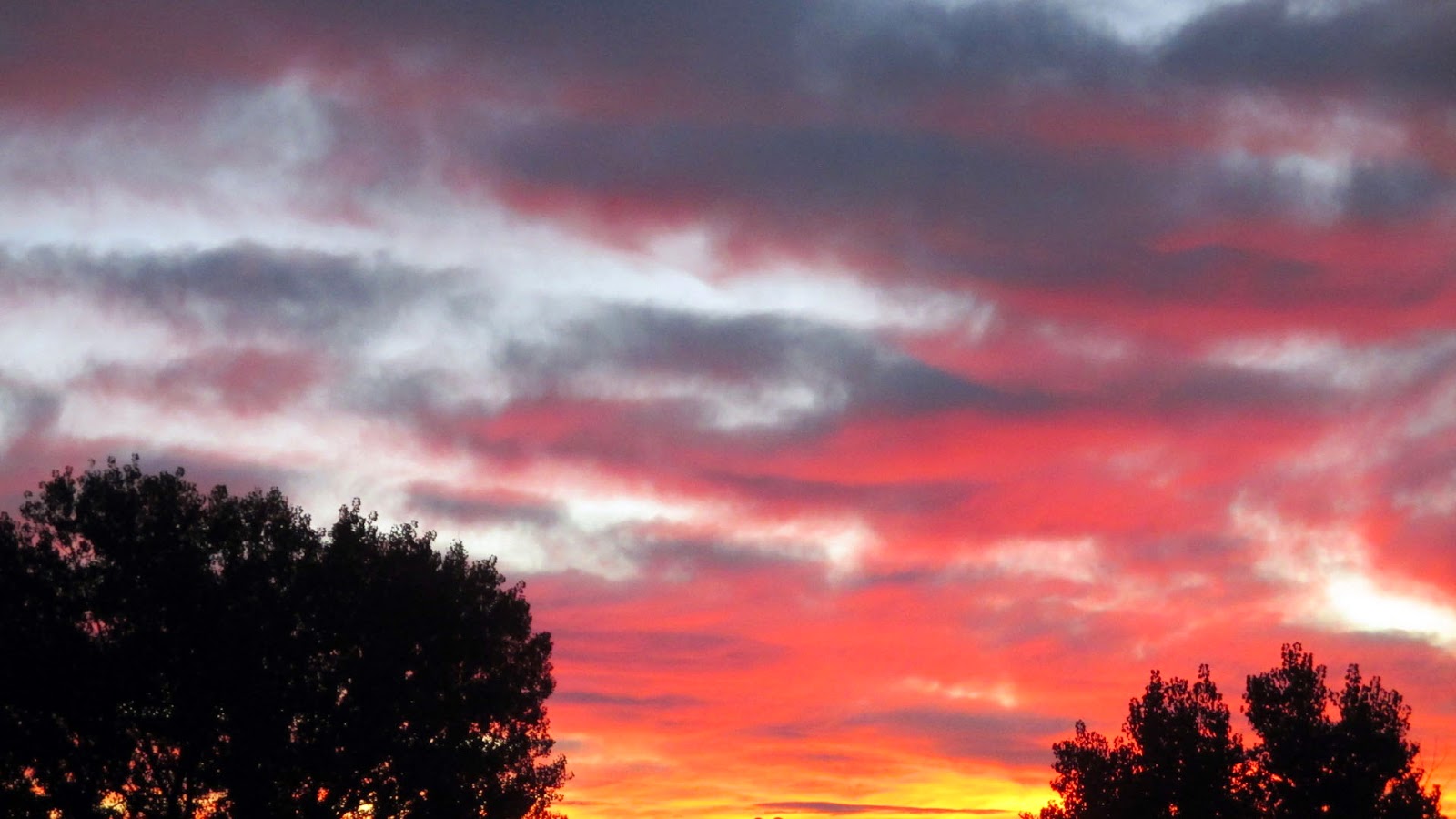 A good article for those who are interested on the differences between central and peripheral fatigue. Fairly straightforward, but it is interesting to think about. Perceptually, we all know that short, power or speed based runs cause acute muscle fatigue and soreness, while the longer stuff is more "core" fatigue. However, the article does demonstrate that one of the differences here is that the peripheral or short, power/speed stuff is potentiated twitch based (acute muscle firing) while the central or core fatigue is motor nerve based (brain to muscle connection).

Started working on a fantastic new bouldering project I'm calling Darkness into the Light (a harder version of Into the Light V7). Really nice setting on good stone. Should go at about V9/10 I think. 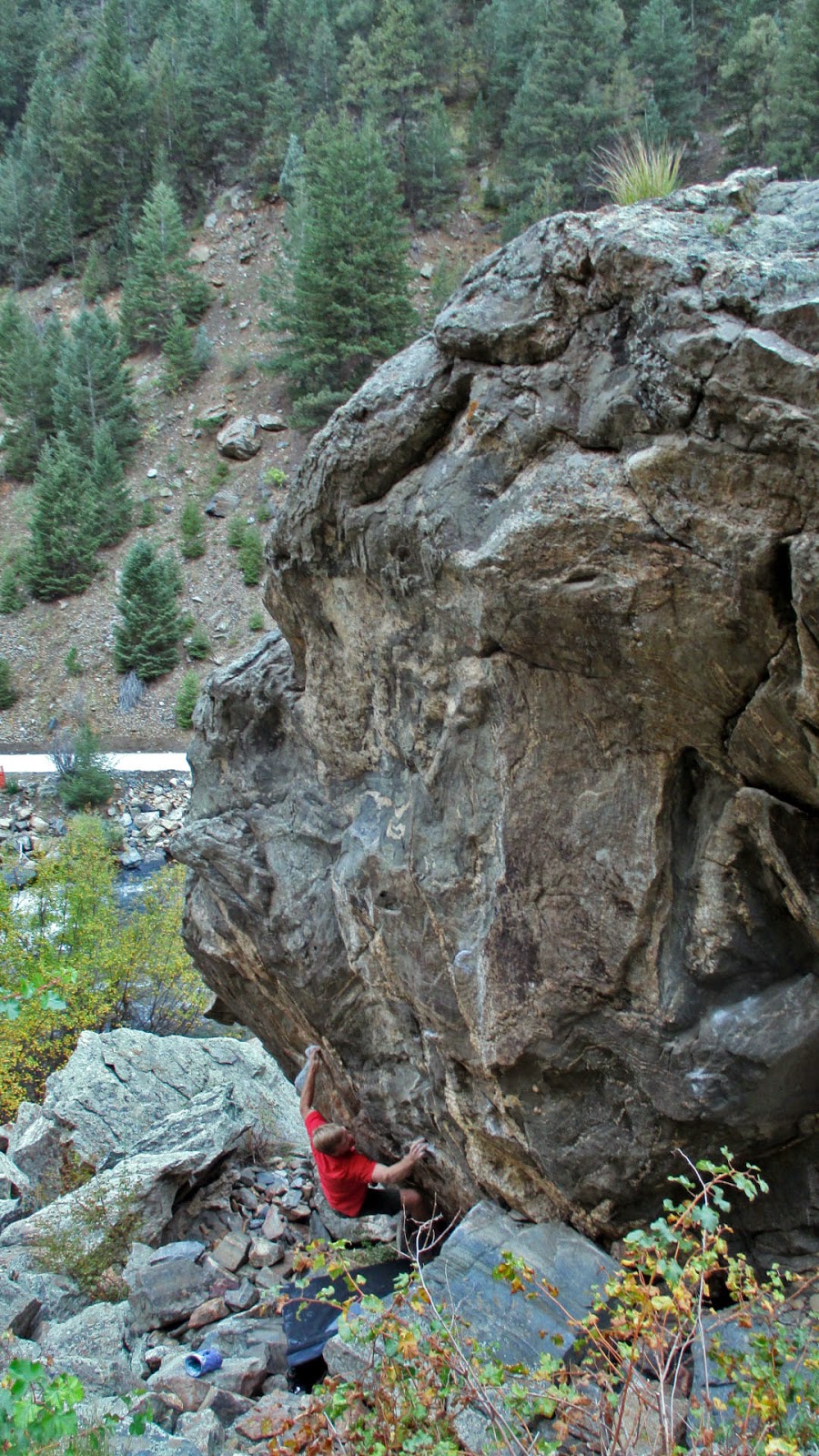