On Saturday Tara and I ran the Fa La La Half Marathon in Westminster. This was my second road race and second speed race in the past two weeks. Coming from mountain and trail running, I didn't really have any good idea of how fast I might be able to run this, nor was I sure of my fitness. I was thinking 1:30 would be a nice time to try and aim for, but depending on the course, wind, etc., I was unsure of whether that was a reasonable goal or not. I ended up running a 1:32:16 which was good for 13th place overall, and 1st in my age group. I'm pretty pleased with the result, and I know with a bit more prep and some more speed work I could break 1:30. I do have to say that I'm coming to really enjoy the pain associated with these faster road races versus the slower trail/mountain ones I'm used to. Pushing hard and flying along for a good distance is pretty rewarding in its own way. 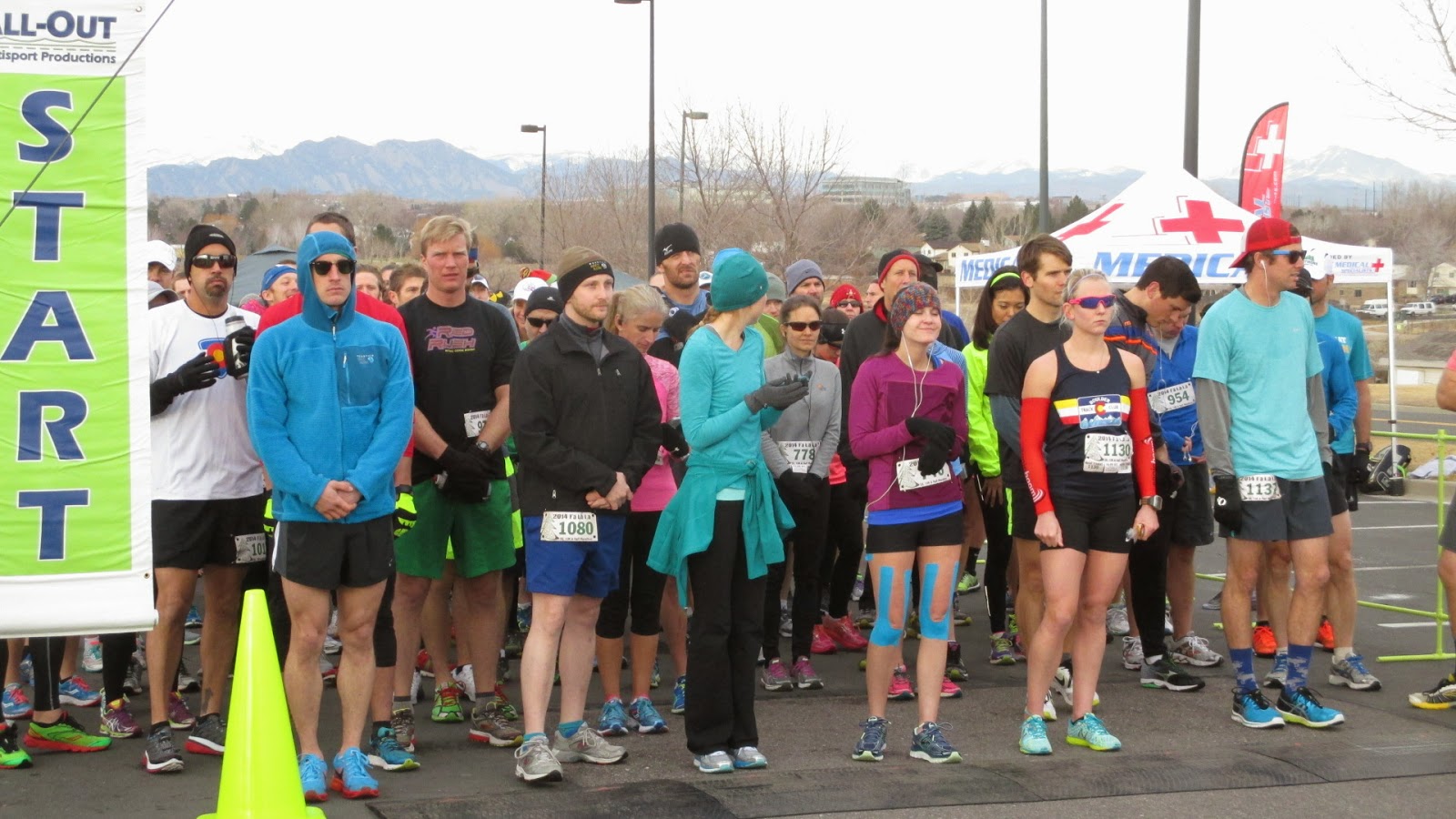 Getting a bit tired of waiting during the pre-race instructions - there seemed to be a lot of them. 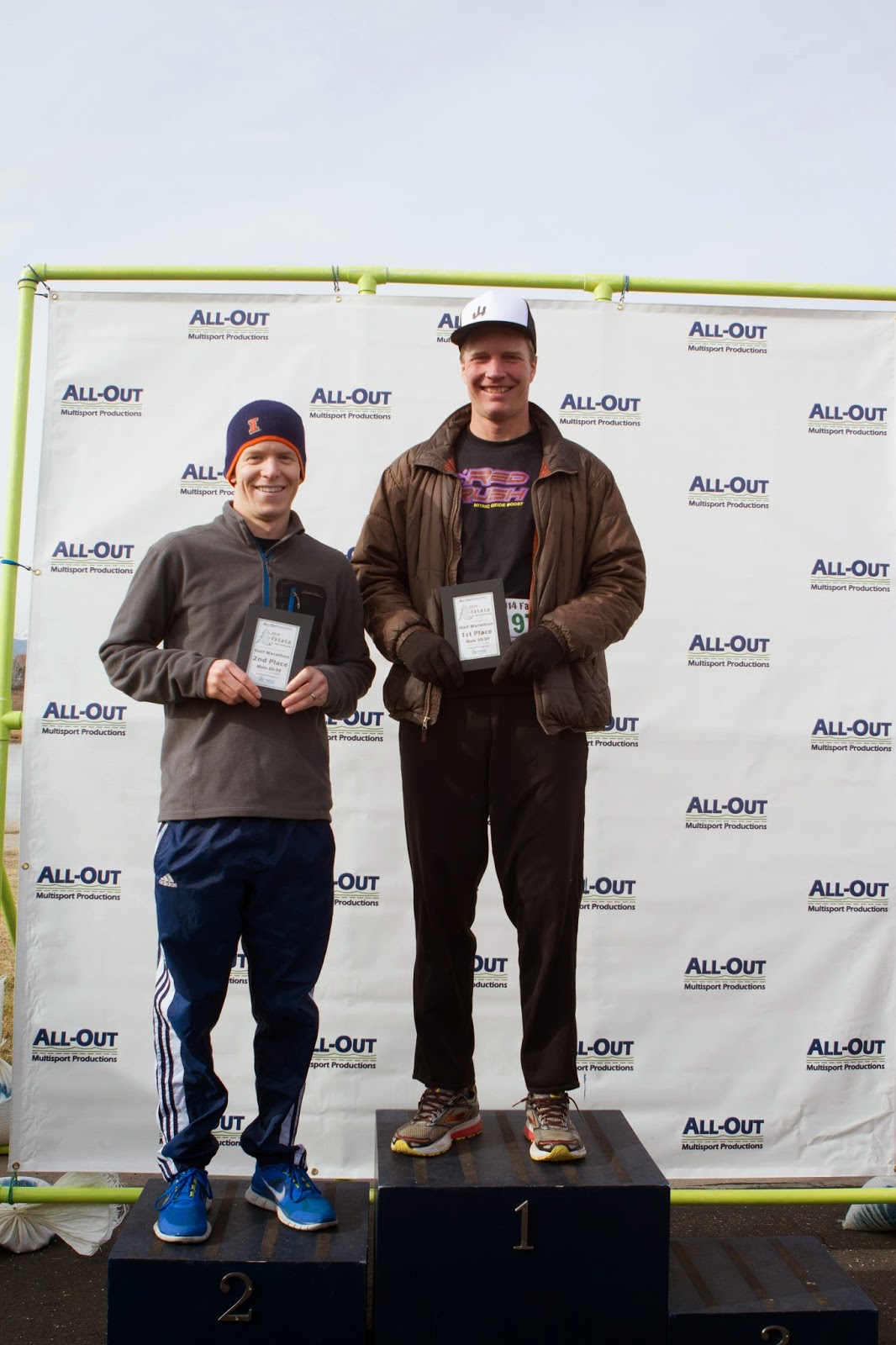 Got out on JD's "Where the Monkey Sleeps" V10 the other day. This is a super thin problem with terrible holds and non-existent feet. Despite getting shut down, I came pretty close. The campus and fingerboard training is paying off. 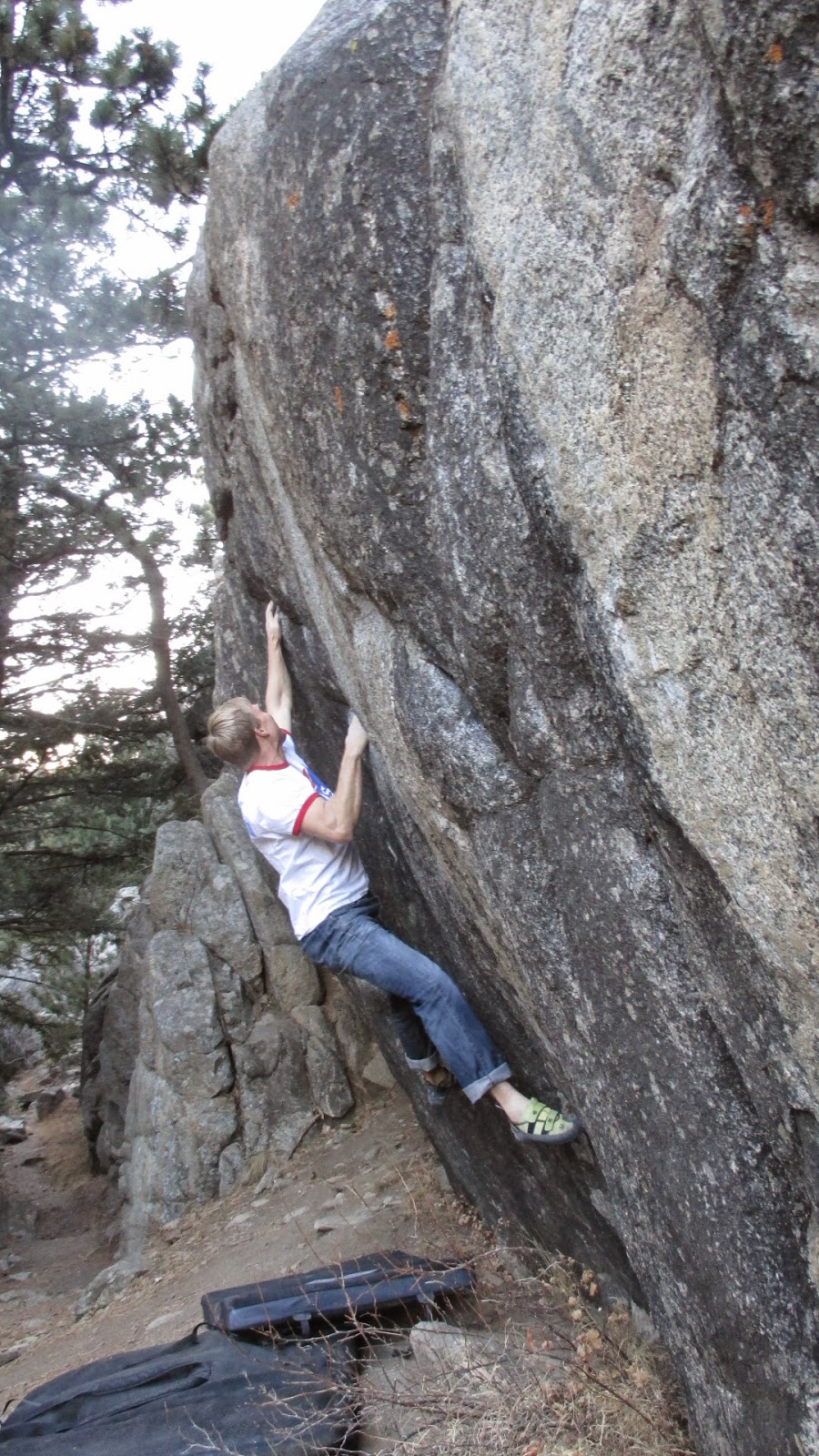 Another article on nitrate supplementation, beet juice, and it's benefits. I used Red Rush prior to the Half on Saturday, taking one shot each morning three days prior to the race and then one more shot on race morning. Although I don't feel a "rush" I do believe the stuff works and have noted several benefits when taking the stuff, namely less lactic acid and seemingly faster recovery from efforts. The science is pretty conclusive that taking around 500mg of beet juice a day will help with oxygen delivery, vasodilation, muscle contraction, and more. Seems like a no-brainer to me.

Although the R2R2R run in the Grand Canyon is an ultra classic, I've always thought of and wanted to do a run down into Hells Canyon on the Snake River in Idaho. Having worked up in the area, I know the terrain and depth of the canyon, and always thought it would be super cool to try and put together a run. The problem is that it is very remote country, and there are no clear-cut trails descending down into the canyon. However, it looks like two guys have finally put together a line that is fairly straight forward for pulling off a R2R2R of Hells Canyon. I need to put this on the list for sure.

Ran up Grays and Torreys again yesterday. This is becoming my "Green Mountain" these days, as it is the biggest bang for your buck in terms of altitude, elevation gain, and mileage. Other then driving down to the Springs for Pikes, no other peak or run gets you all three so easily. Unlike two weeks ago when I ran Grays only, this time it was perfect out. On days like this, winter fourteener running is the way to go - a packed trail, minimal wind, descent temps., and no one around. Beats summer mountain running hands down, but then again, days like that rarely happen. I'm sure next time I go up, it will suck and I'll hate it. 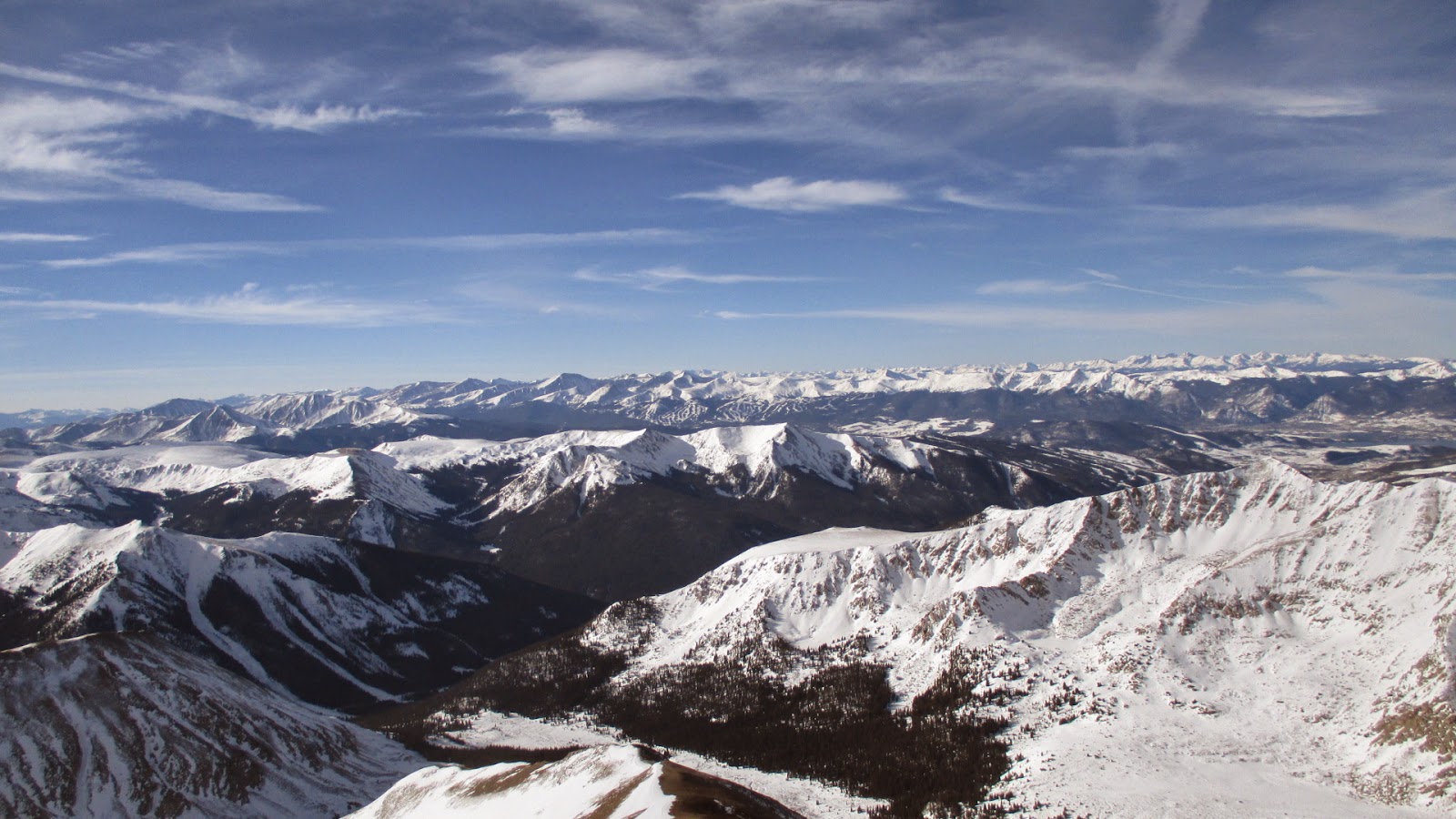 Looking west towards Breckenridge and beyond... 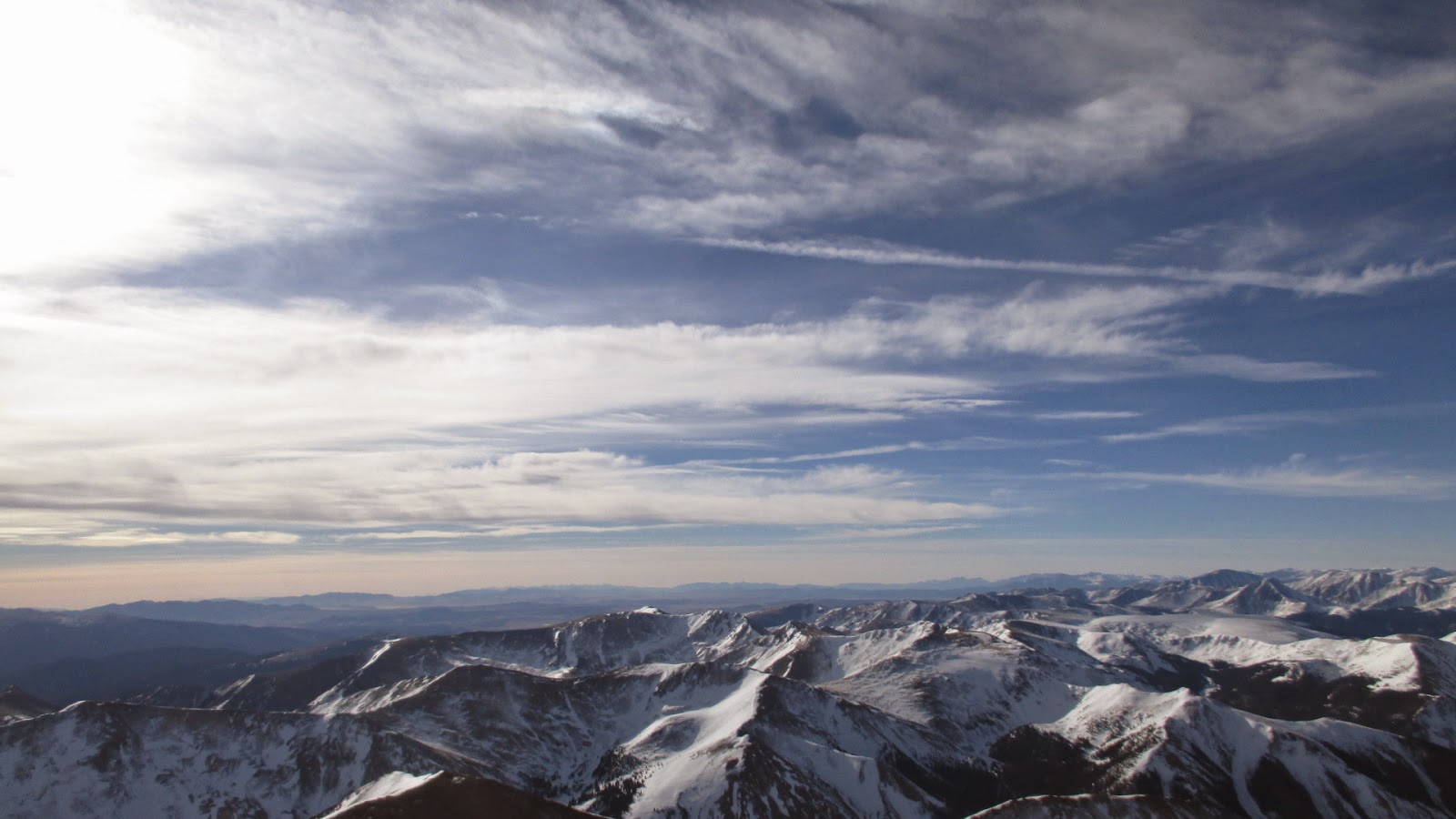 Looking south - you can just make out the Sangres... 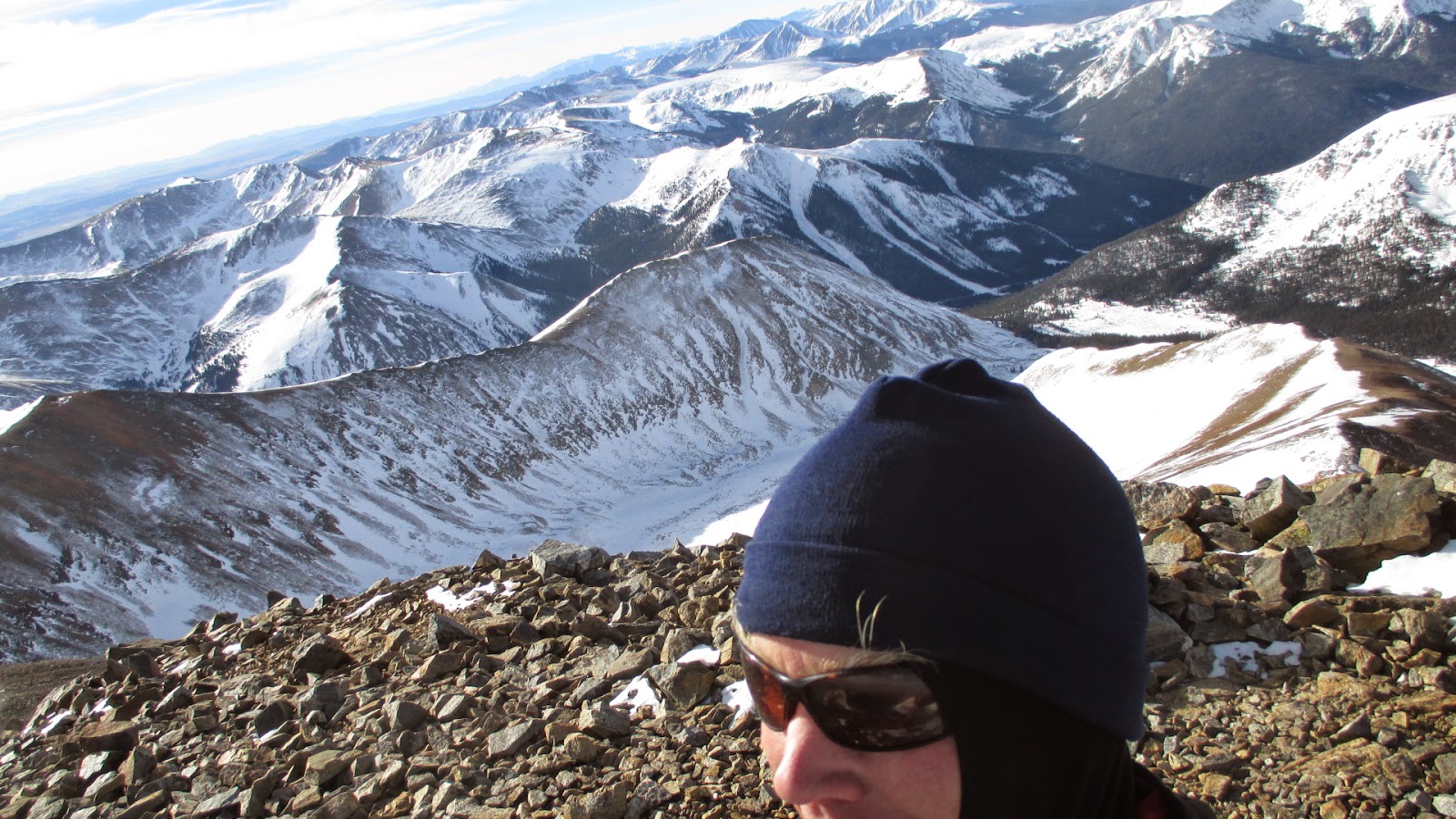 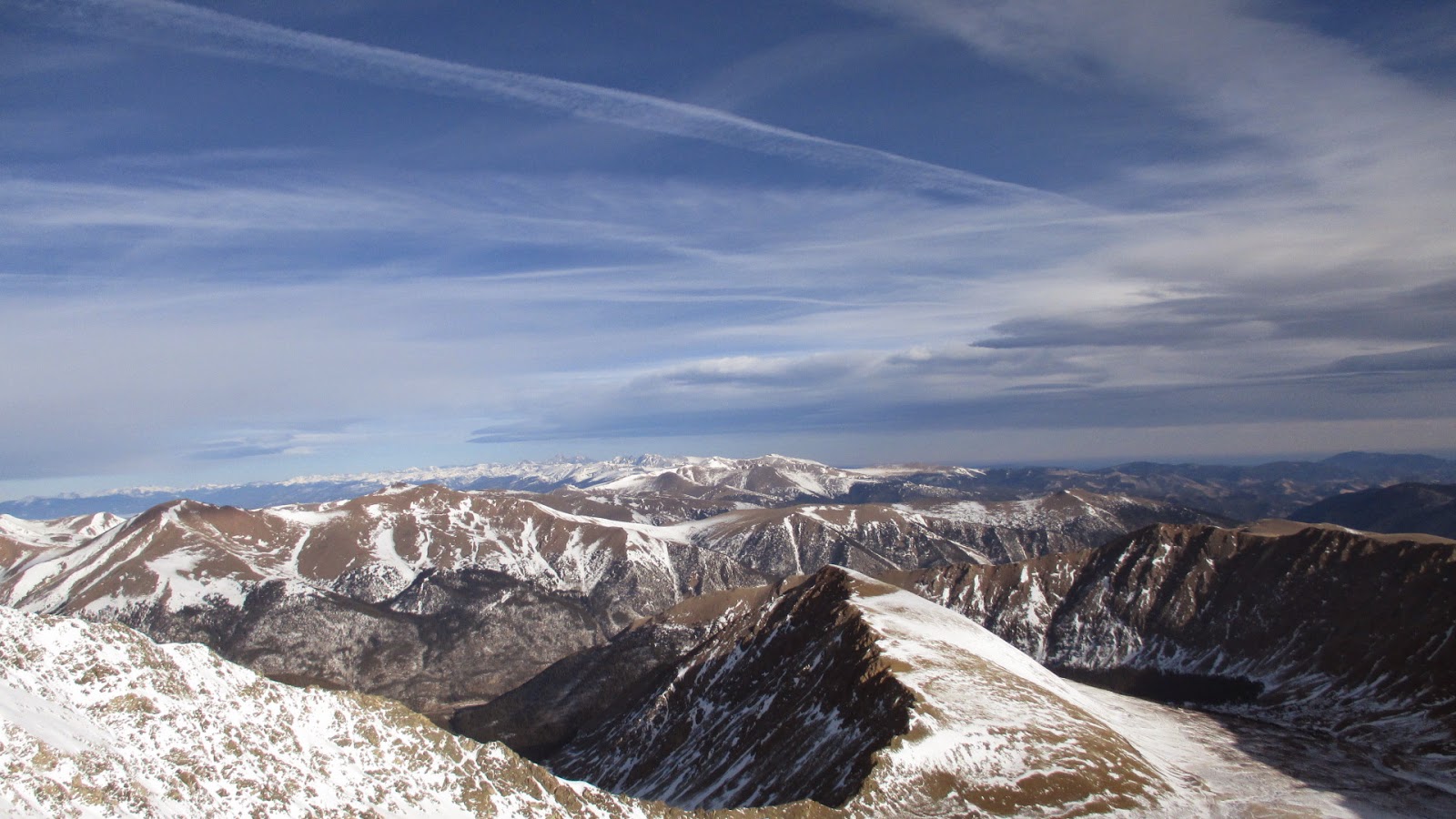 Longs way off in the distance...