The other day we decided to cruz up and do one of our usual mountain runs. The 4th of July trailhead provides a number of good runs of short to moderate distance: Arapaho Pass, North Arapaho Peak, Caribou Pass, or Satanta Peak. 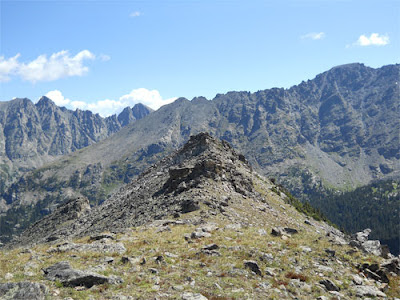 Usually Arapaho Pass is run early in the year, as it melts out fairly fast and is a good indicator of one's mountain running conditioning going into summer. South Arapaho Peak we usually run late in the season, often as a goodbye to the season. This is a great lung-buster of a run and it can be done in just under 3 hours roundtrip (my PB is 2:54 minutes roundtrip). 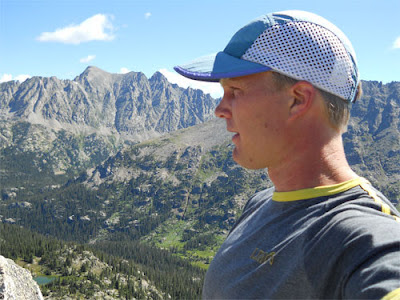 The other one I like to run out of this trailhead is Satanta Peak via Arapaho Pass and then Caribou Pass. Although not too long (8 miles roundtrip), the run offers some splendid views and a fair amount of seclusion. 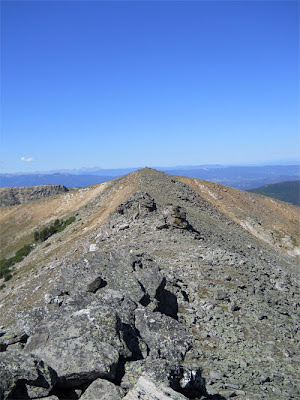 Do the usual run up to Arapaho Pass via the 4th of July trailhead. From the top of the Pass, don't drop down to Columbine Lake, but rather continue up and west a little as the trail heads to Dorothy Lake. Before the lake, the trail splits and you head due west as the trail cuts across the north face of Mount Neva. There are some nice views here. After a short distance, you reach Caribou Pass and the last spot you are likely to see anyone. From the pass, run due north on the ridgeline towards Satanta Peak (11,979 feet). The "true" summit is just a blip, but the real treat is running the extra .5 miles on the spur ridge that places you in a nice position suspended over the Columbine Lake Basin. This is an amazing location, one seldom visited by other folks. From there, turn around and head back home. On this day it took us 2:42 minutes for the entire trip. 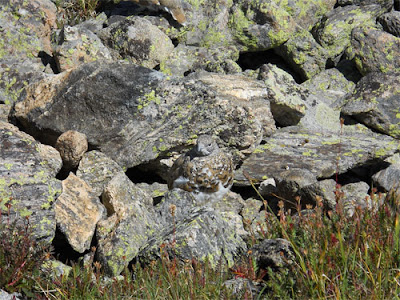 No flowers, but ptarmigan!

The numbers for those who care....