On Saturday morning, Tara and I got up early to make the drive to the Medicine Bow Wilderness to "run" in the 10th annual Twin Mountain Trudge. Trudge is certainly a good name, as I believe I only ran about 4 of the 22+ miles involved in the race. The race is held on a 11 mile loop encircling Twin Mountain and the surrounding rocks and hills just west of Vedauwoo, a popular climbing area in the summer where I have spent countless hours doing hard and scary trad routes. The toughness of the course varies from year to year depending on the snow depth, as the route follows an untracked loop involving snow covered forest service roads, bush whacking through aspen and pine groves, scrambling over rocks, and just plain silliness in the remote Wyoming wilderness. This year the snow made the course "above average" in difficulty.

We got to the start a bit early to do the mandatory gear check in (you are required to carry certain essential items in case you get lost or stuck out there - space blanket, fire starter, etc.), and hunkered down in our car waiting out the wind and snow until the start. At 10:00 am the RD gave a quick safety speech and we were off. Normally the race starts at the Blair-Wallis picnic area, but with the snow we had to start a bit out from there since it was impossible to reach the area due to the snow. A couple of us took off from the start, running along a snow covered FS road and then down and across an open sage prairie. I took a nice face plant on the first downhill when I sunk in to my hip and the momentum propelled me forward - ah, a fun day I thought to myself. As the race had both 11 milers and 22 milers together, I tried to conserve a little energy and held back on the first loop, staying in 4th place and running with another fellow from Fort Collins. We wound around the Twin Mountain massif first through some open country, then directly through tight aspen groves requiring serious bush whacking. The weather alternated between sun, wind, snow squalls, more sun, more wind, more snow as we continued on our way, up and down, around, and through the snow. I had no idea where I was or how far along the course we had run since everything looks the same, so I was content to run with Mike who had done the Trudge four times previously. It's hard to describe the race, simply imagine the Wyoming backcountry with tons of snow, no real trail, all untracked, and you will get a decent picture.

I finished the first loop in 2:45, good enough for 4th place if I wanted to drop down to the 11 mile race (not sure if it was a true 11 miles, I think because of the added start distance it was around 12-13 miles). I was tired, and the idea of heading out for a second loop was not appealing. I hung around the start/finish, had some soup, soda, and encouraged the few other runners who were trickling in across the line. After about 30 minutes the RD mentioned that only a handful of people had ever completed the full 22+ mile course, and that got a fire in me, so I re-geared up and took off. Not the smartest "racing" strategy, but hey, it's what happened. I was now in the lead, having wasted 30 minutes or more on the next racer, and tried to put my head down and get her done. Of course, since I was now by myself out in the middle of nowhere, I fooled around and took some photos (the only race where I will ever stop to take photos - as well as use wizard sticks). I kept up a solid pace not knowing if I was being chased by others or not. On the second loop, the course had been tracked a bit, but it was not easier, just as hard but in a different way. Now there were some sections with trenches cut through the snow up to my waist, while other sections had already been wind blown and covered. I kinda cursed myself (and the RD) for wasting so much time hemming and hawing and for going out for a second lap as I made my way along the course. Finally, after what seemed like forever, I ran the final section across the open prairie, up the small hill, and then grunted across the finish line for first place. I finished the full 22+ miles in 6:03, with an actual racing time of 5:27 - a time that reflects the difficulty of the course.

This is a great, low-key race on an adventurous, tough course. The RD and volunteers were great, and I can't thank them enough for hosting the event. Hopefully I'll be back next year to run the trudge again! 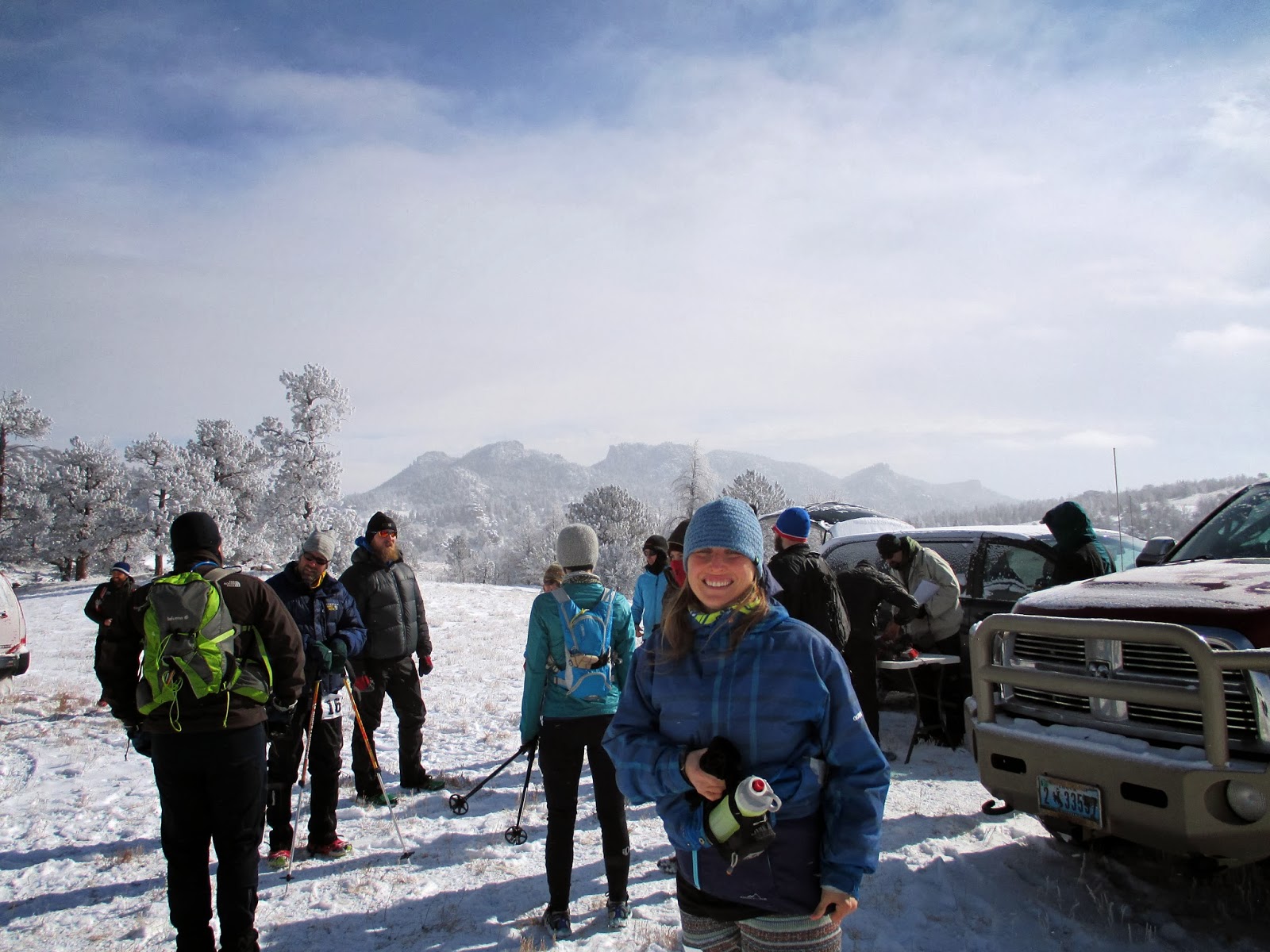 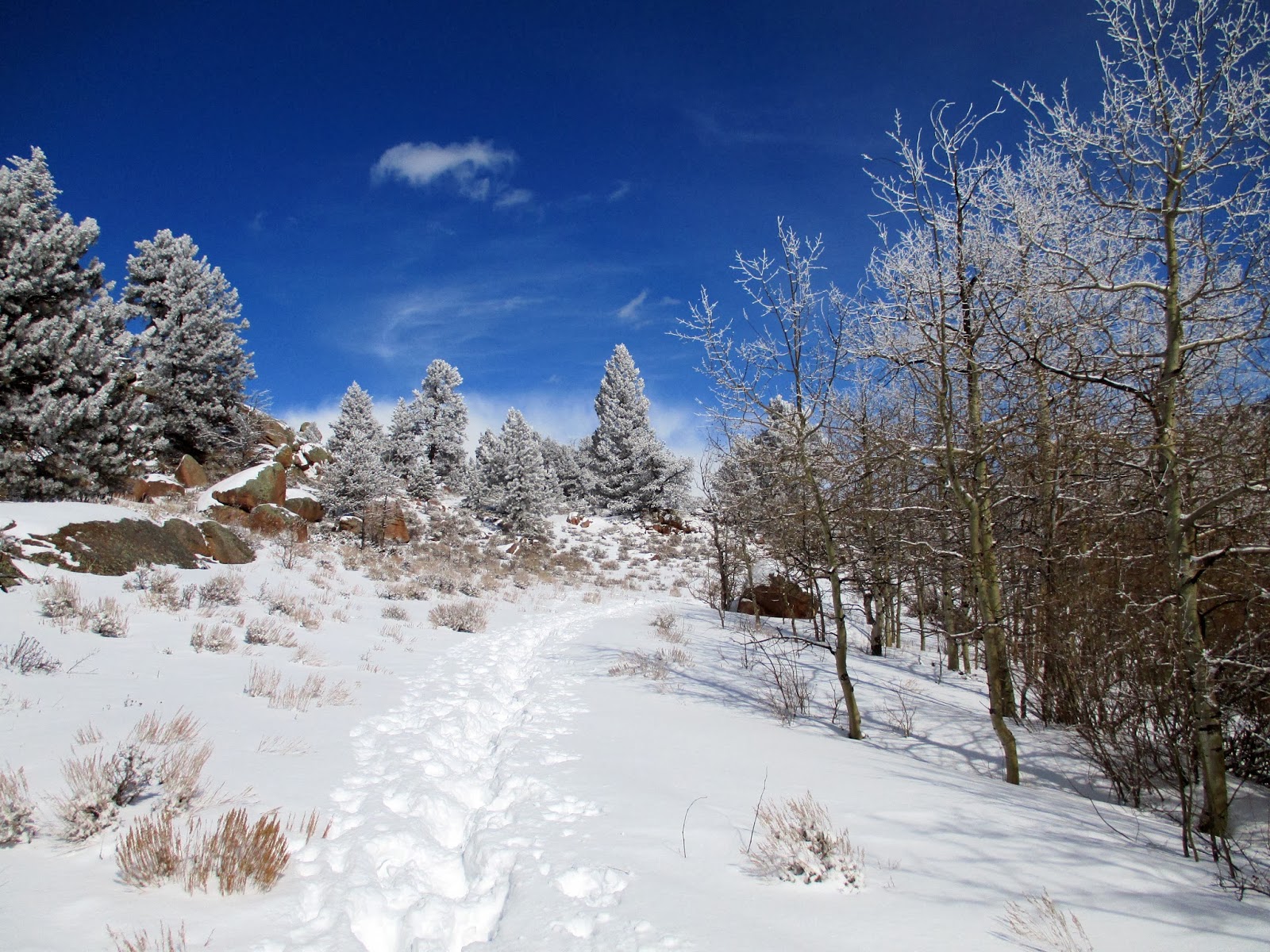 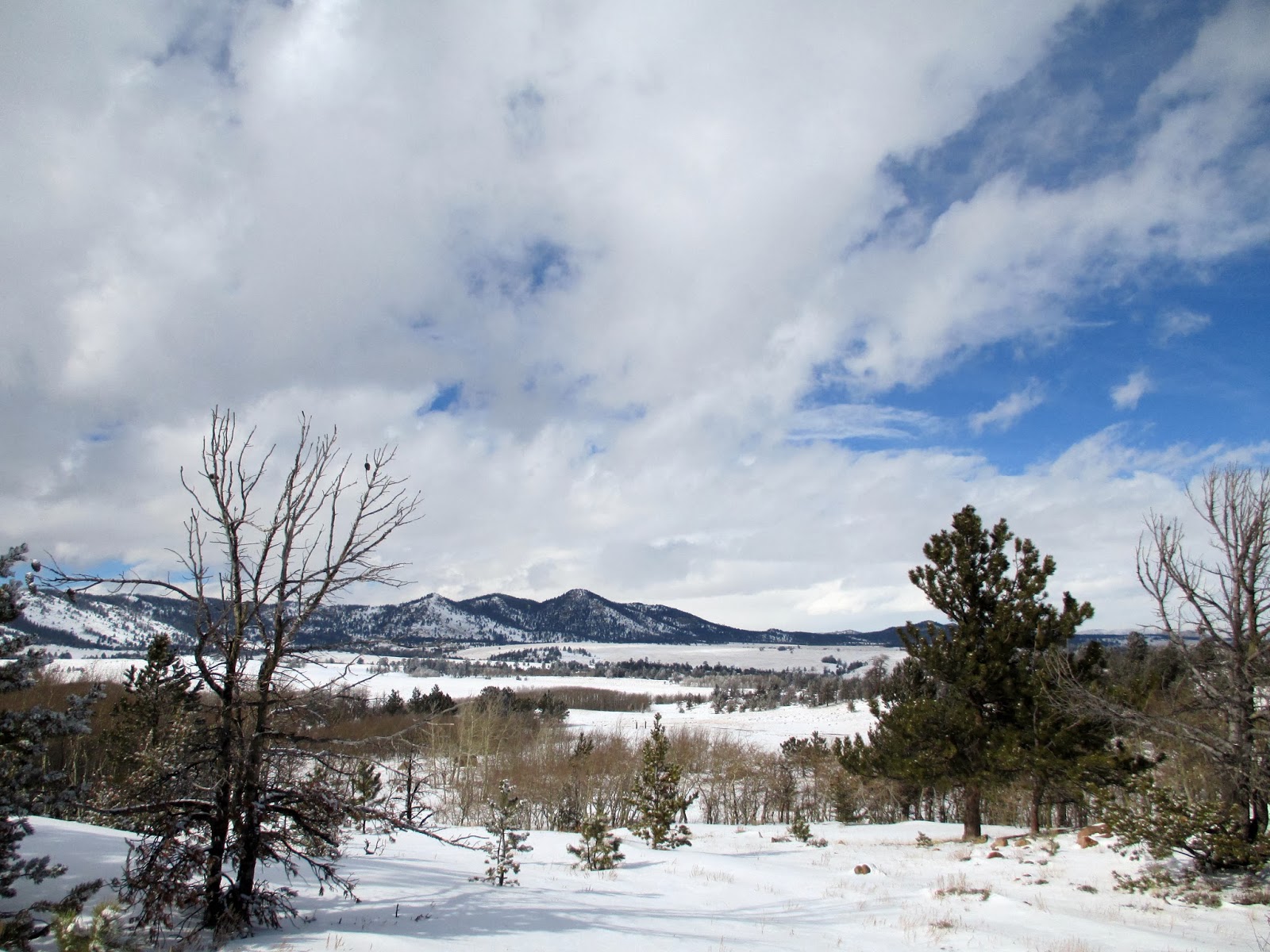 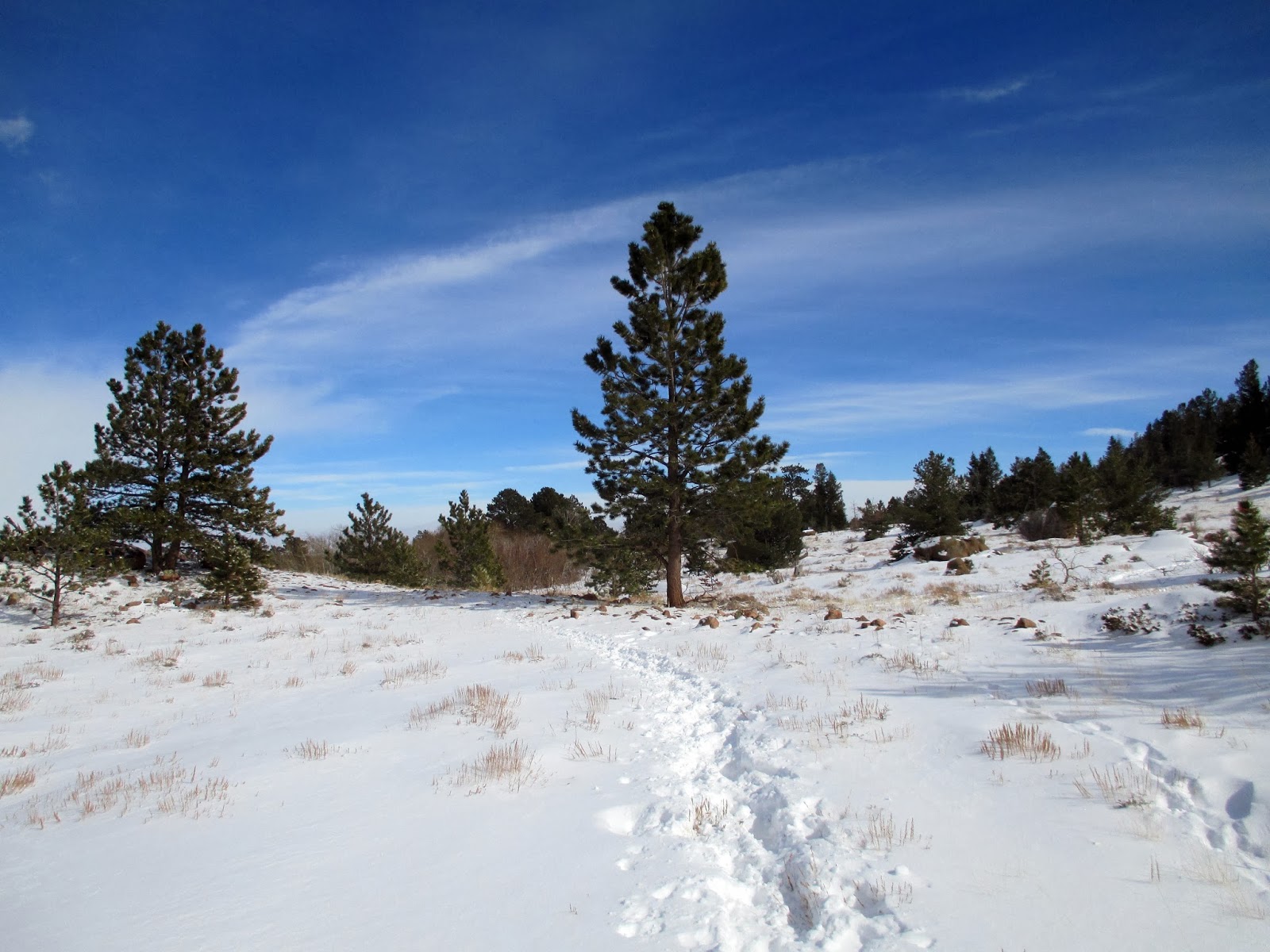 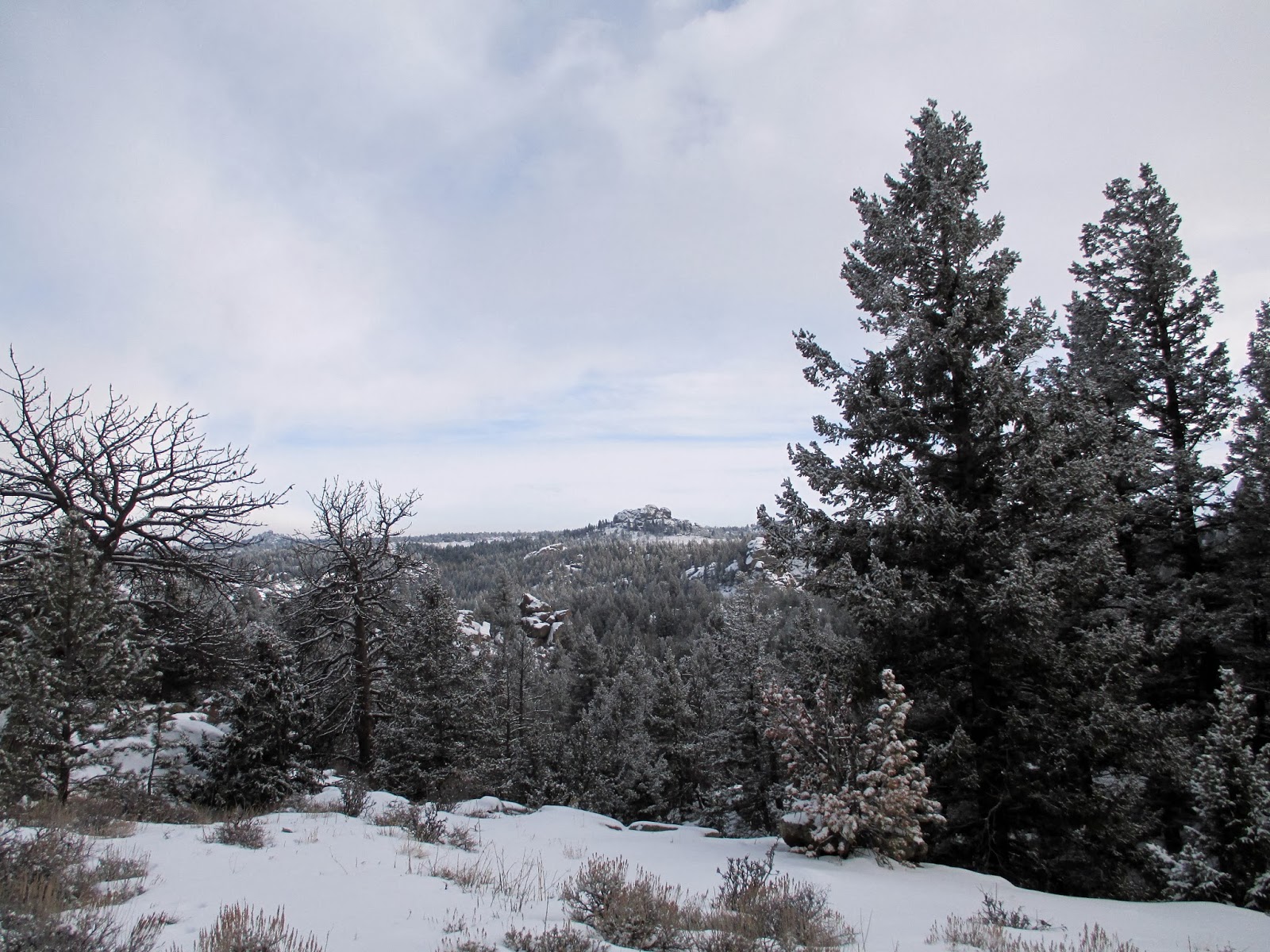 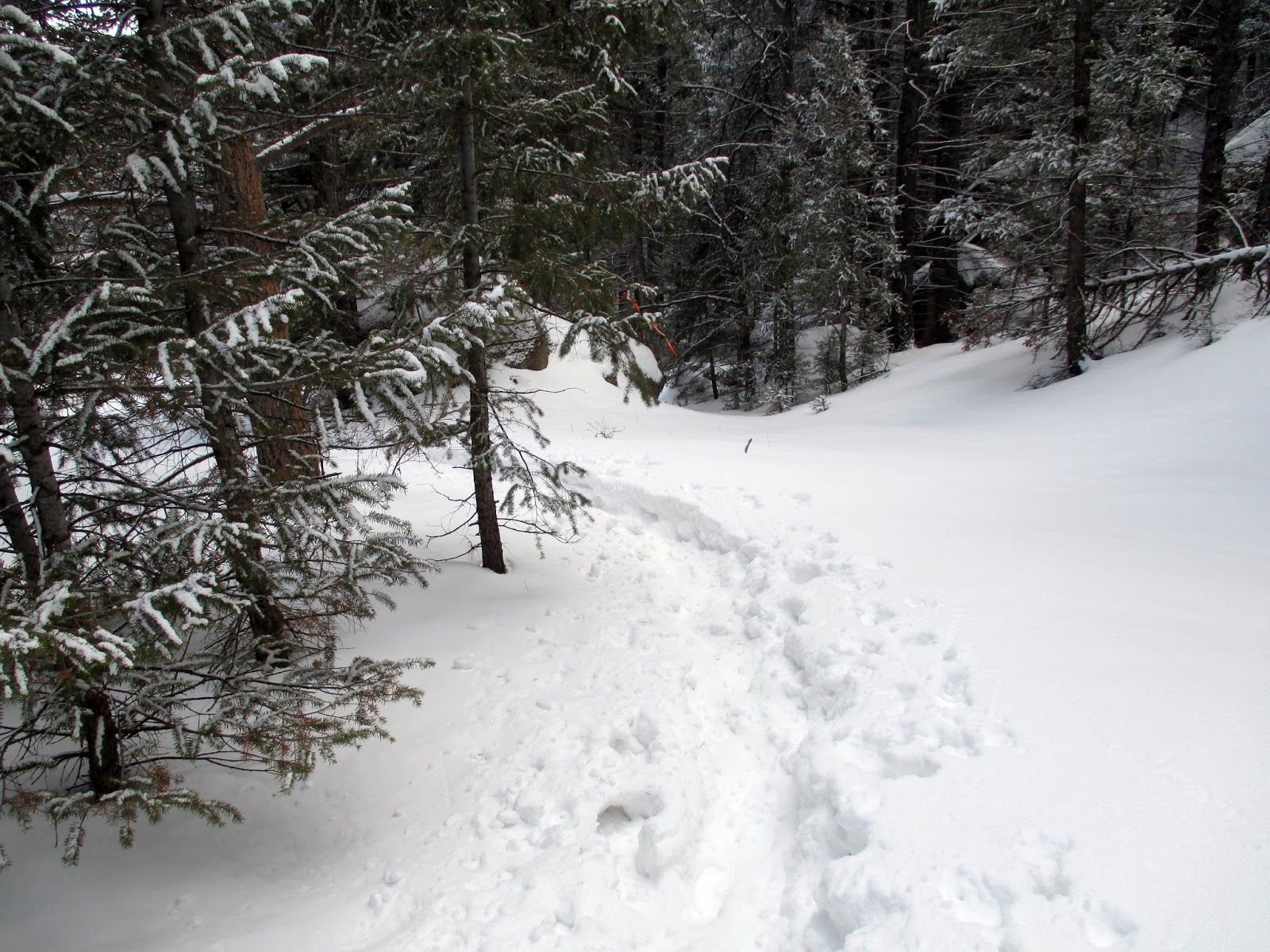 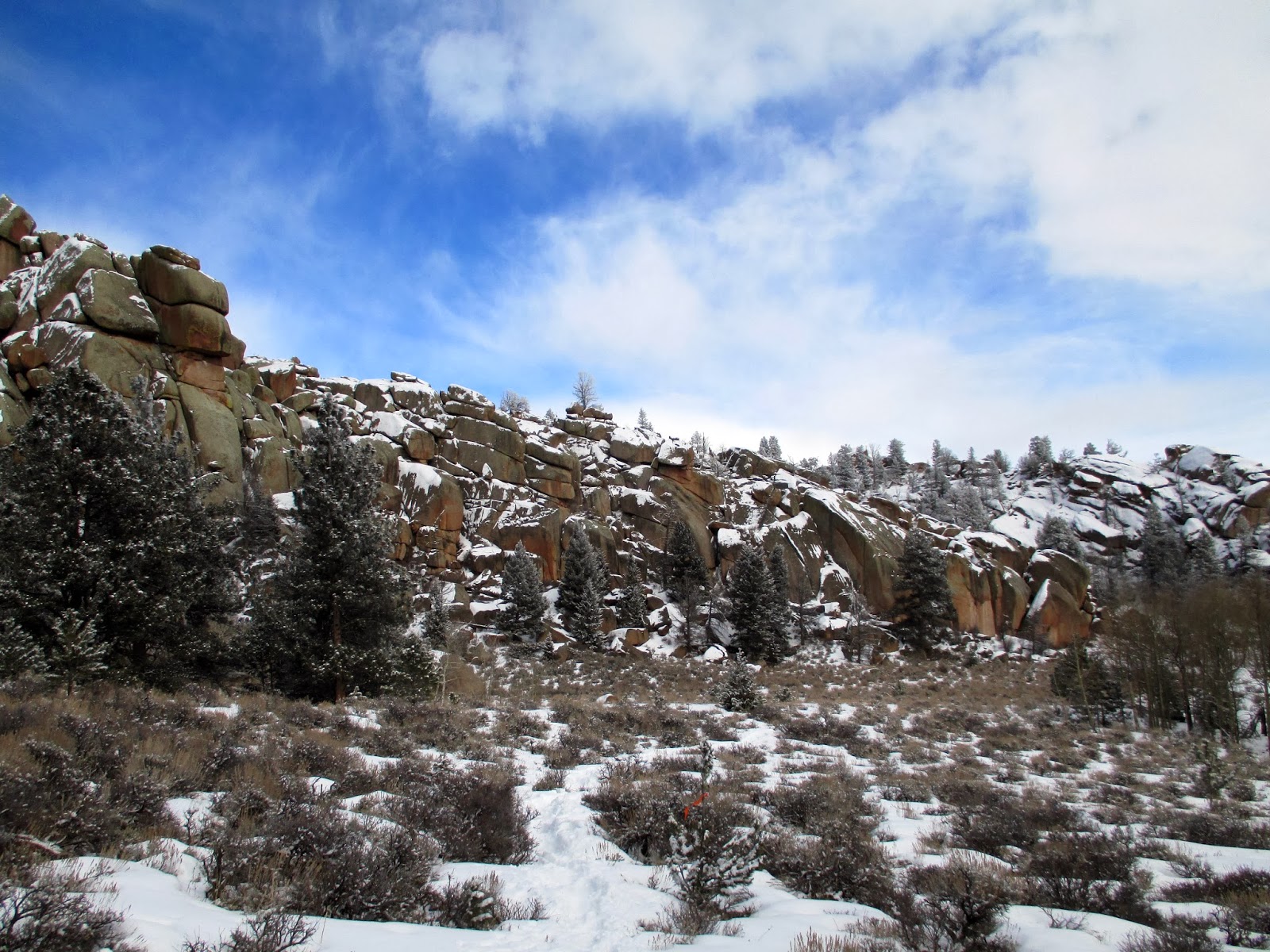