Ran up Grays and Torreys on Friday for my 42 time. Things are melting out and my times are slowly getting back to their summer speeds. From I-70 last fall I was averaging around 3:10-3:20 for the roundtrip, but during the winter my times went up by about 1 hour depending on the snow. Now they are finally coming back down again, with this trip taking me 4:02. The road is melted out, but there is still snow starting at the willows and going all the way to both summits. I ran with snowshoes and wizard sticks in my hands from Bakersville because I was unsure about the section coming through the willows and I had to be back down and at work by noon. Luckily I didn't need them and ended up stashing them half way up. There were a few spots of the trail showing through the snow, and it is melting fast. I won't be bringing any traction or floatation anymore - just super light and fast from here on out. 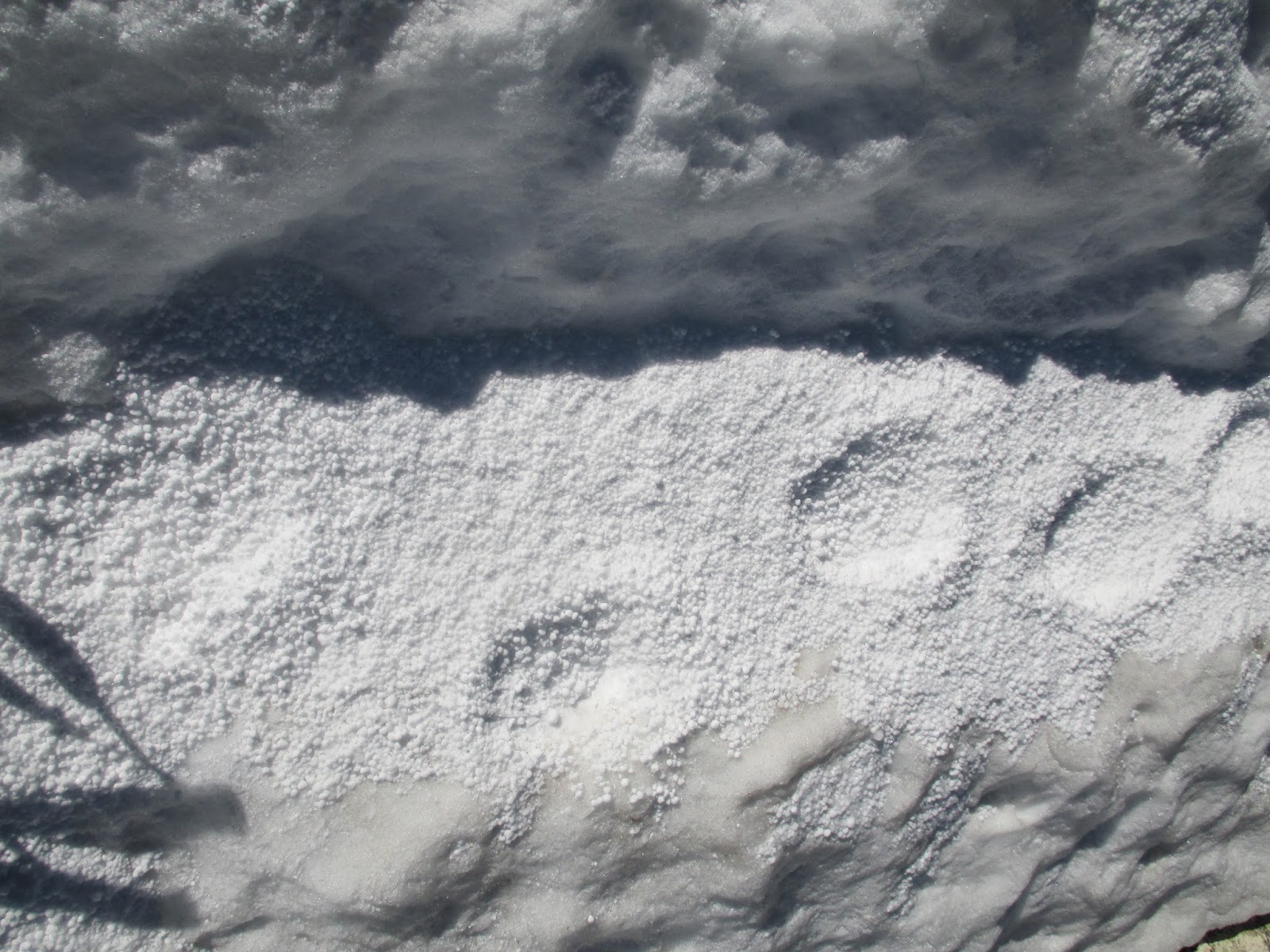 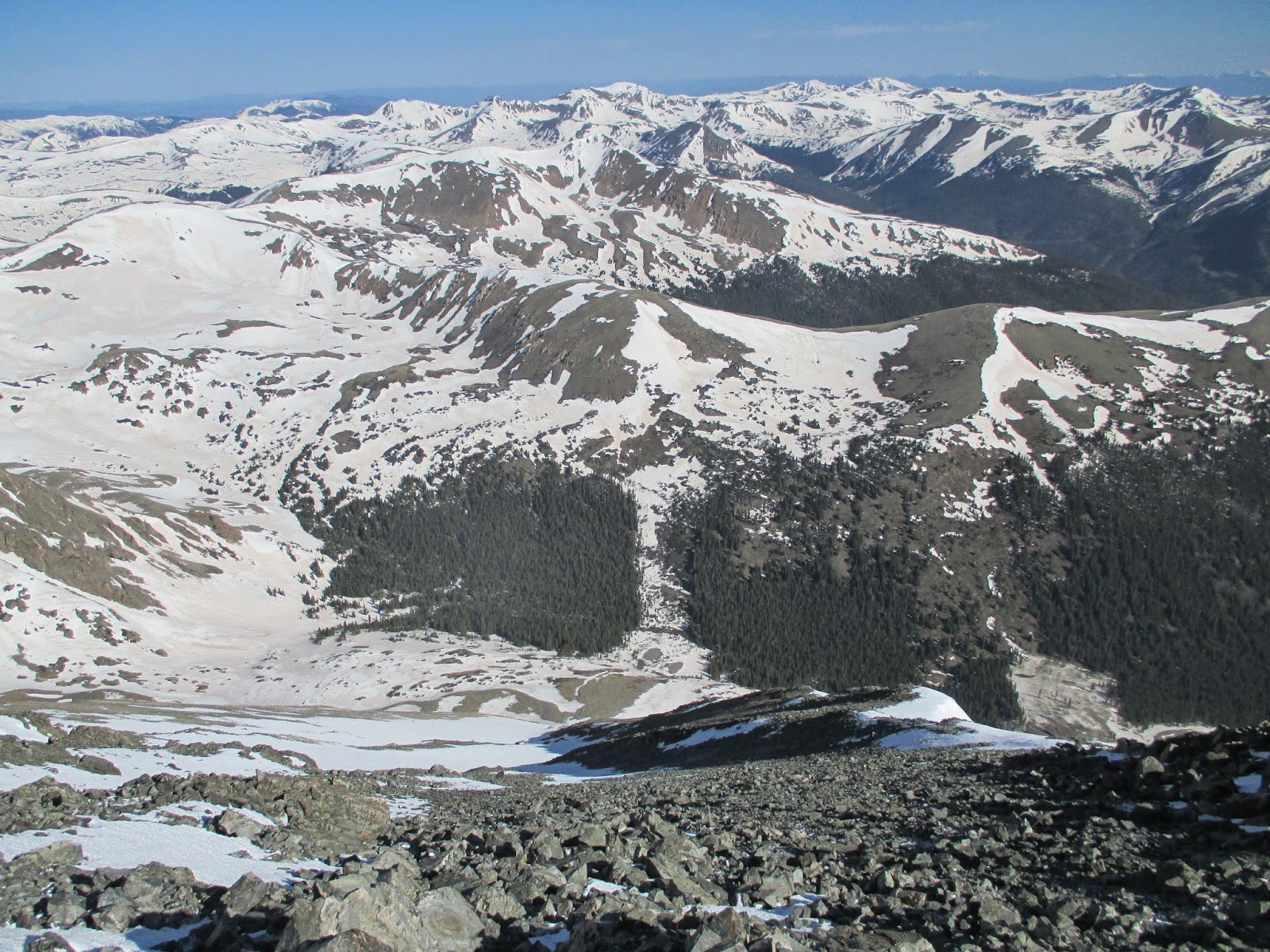 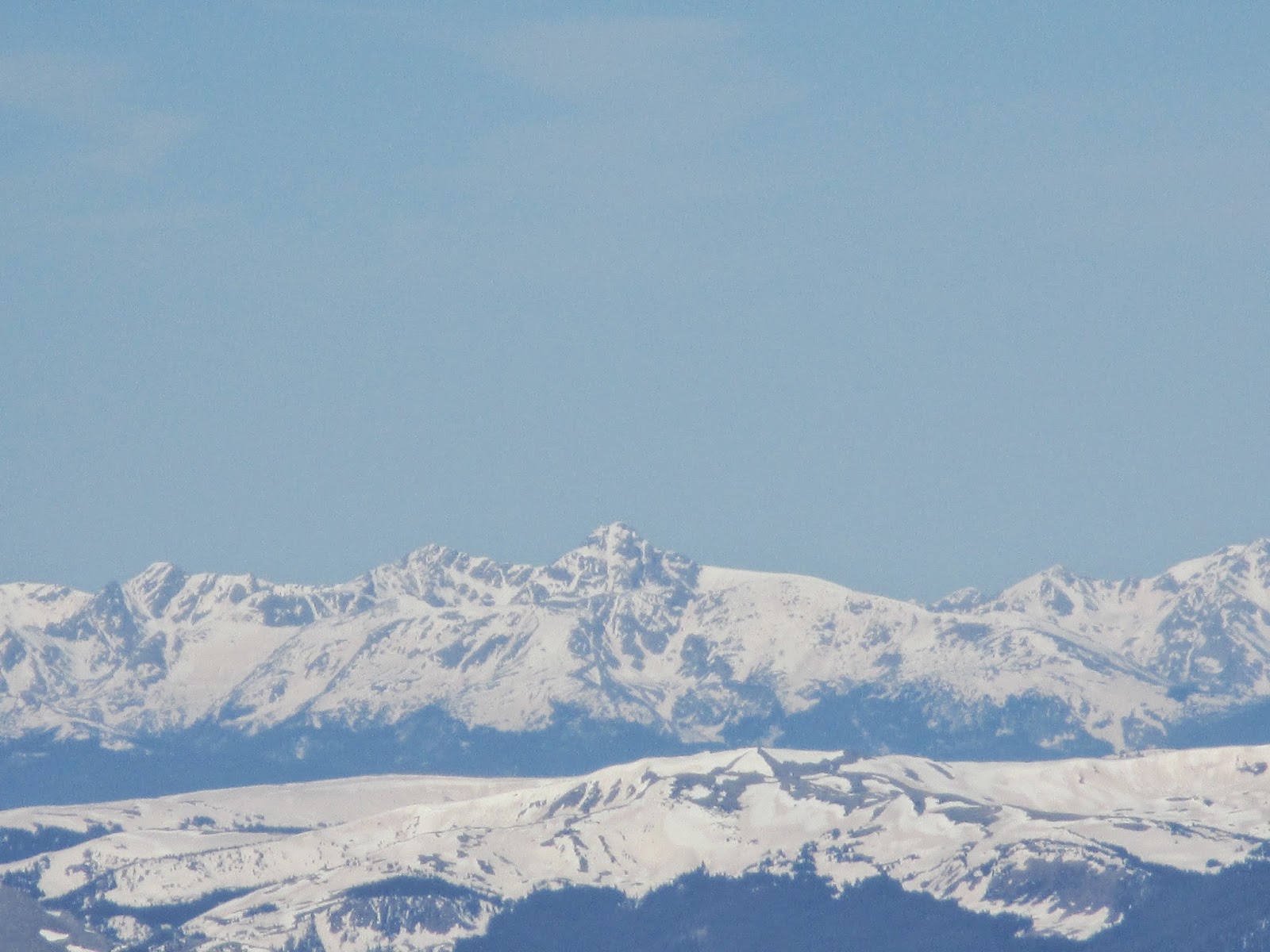 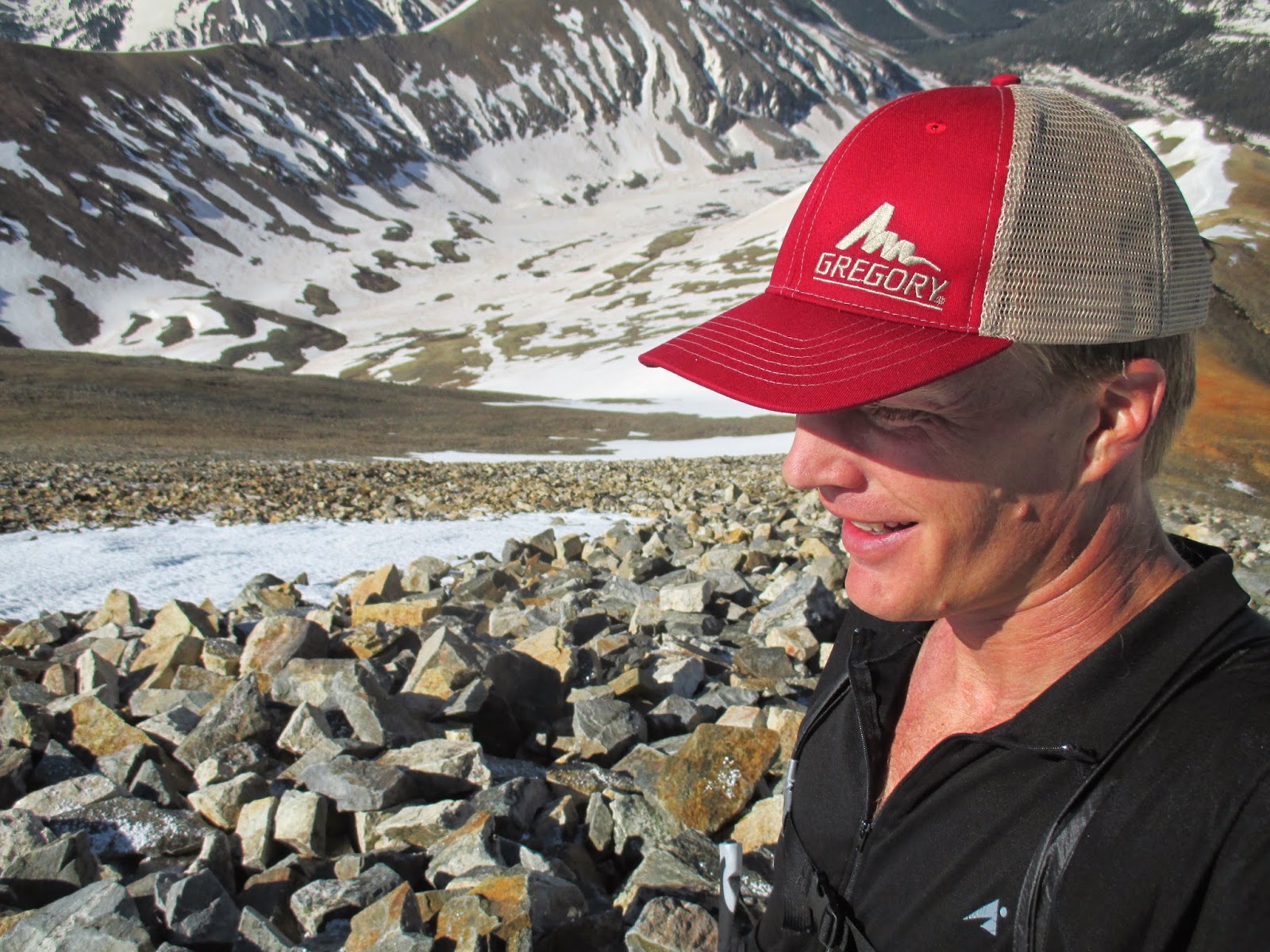 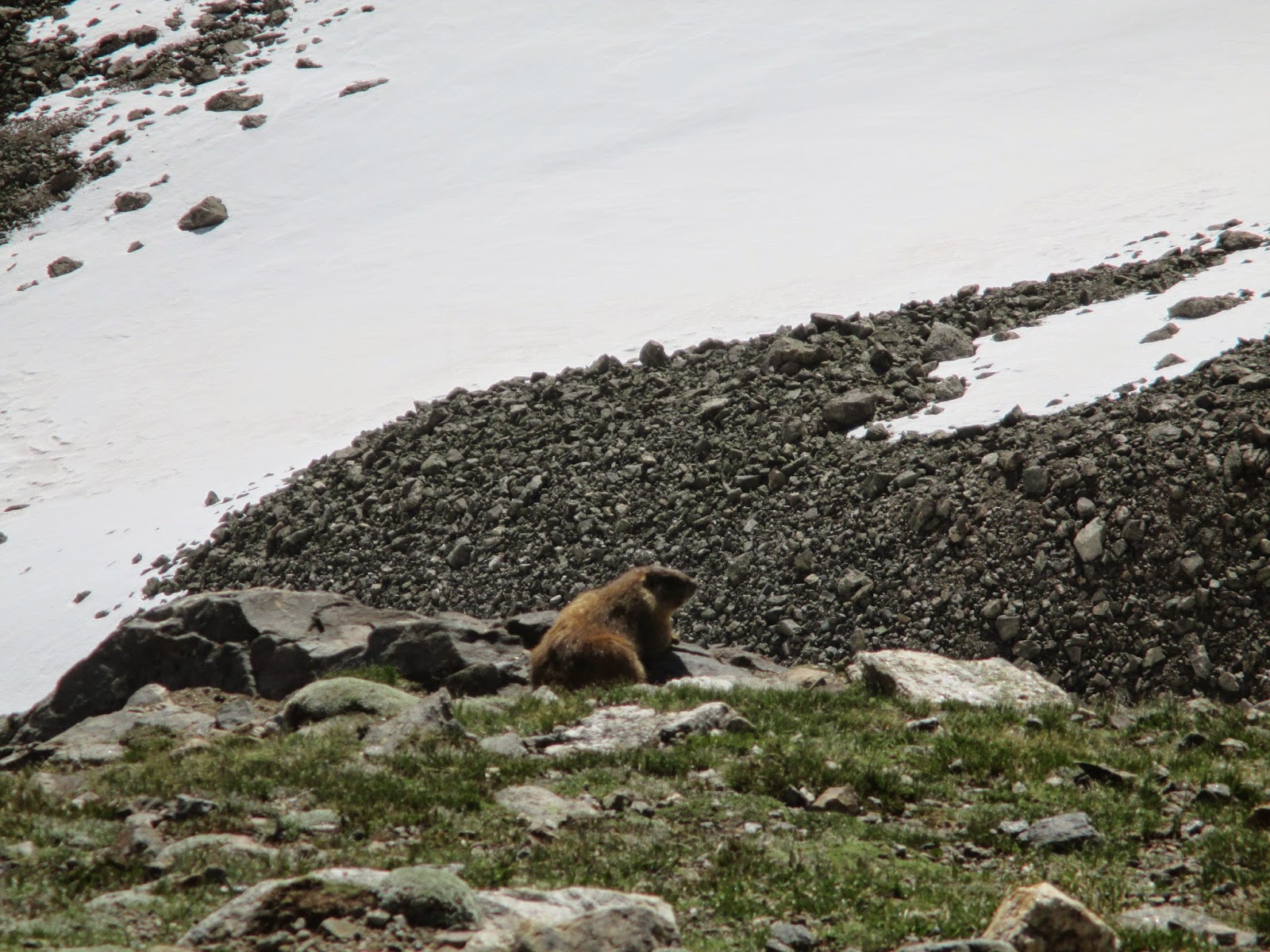 I ran into GZ up there getting some sun. ;)

The following day I ran the Evergreen Mountain trail race up out of Evergreen. The race is a 9 mile sprint around the Alderfer Three Sisters park and up Evergreen Mountain (8,536'). I'm not a fast runner, but I have been trying to pick up my speed and I knew this race would have some strong competition. Local speedster Travis Macy showed up, so I knew he would be the one to follow. From the gun Travis took off, and I had to push the pack to not let him get too far ahead. We bombed down the first section of trail, and Travis looked like he knew where he was going so the lead pack just followed him. It turns out that the first part of the course had been sabotaged and all of the markers were taken, so half the field in the back added a couple extra miles to the race. The eight or so of us in the lead pack were tight on Travis' heels, but he obviously was feeling fresh and my legs were heavy from running G & T the day before, so I fell to the back a bit. After winding around the "Three Sisters" and "The Brother" the course went up the east side of Evergreen Mountain. I was hurting big time, but still able to keep a decent pace right at my anaerobic threshold, which allowed me to maintain my position. After the summit, I only saw four other guys including Travis, so somehow I had moved up into fifth. With that in my mind, I bombed down to the finish for a decent time of 1:07:44 - 5th overall, 3rd in AG. Travis came in at :59 something - obviously much faster, but still I was happy given the circumstances. 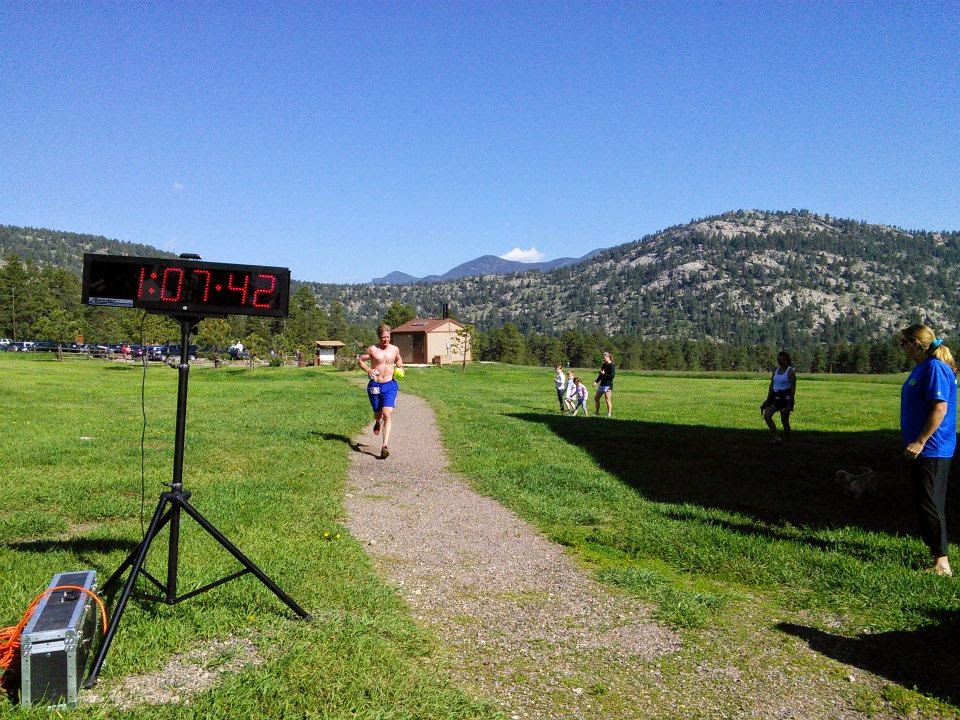 Photo via the Evergreen Park and Rec FB page

Canadian bad boy runner Adam Campbell just set a knew FKT for the Canmore 4 Peaks run, which is a brutal 30 mile run up the four peaks surrounding Canmore, Alberta. Adam's time of 9:23 is sick, with over 15,000' of gain! Amazing!

Ran two laps up Mt. Morrison this morning, and then ran over to Red Rocks and did some stair laps. I was amazed at how many people were there doing various workouts and running the stairs. I had not seen anyone on the two laps of Mt. Morrison, which is just above Red Rocks, yet when I got over to Red Rocks it was like I had stepped into some giant group exercise class. All kinds of people were doing various workouts - it was really cool and it's great to see that many people out moving around on a Monday morning. The wildflowers on Morrison are at their peak right now, really beautiful. 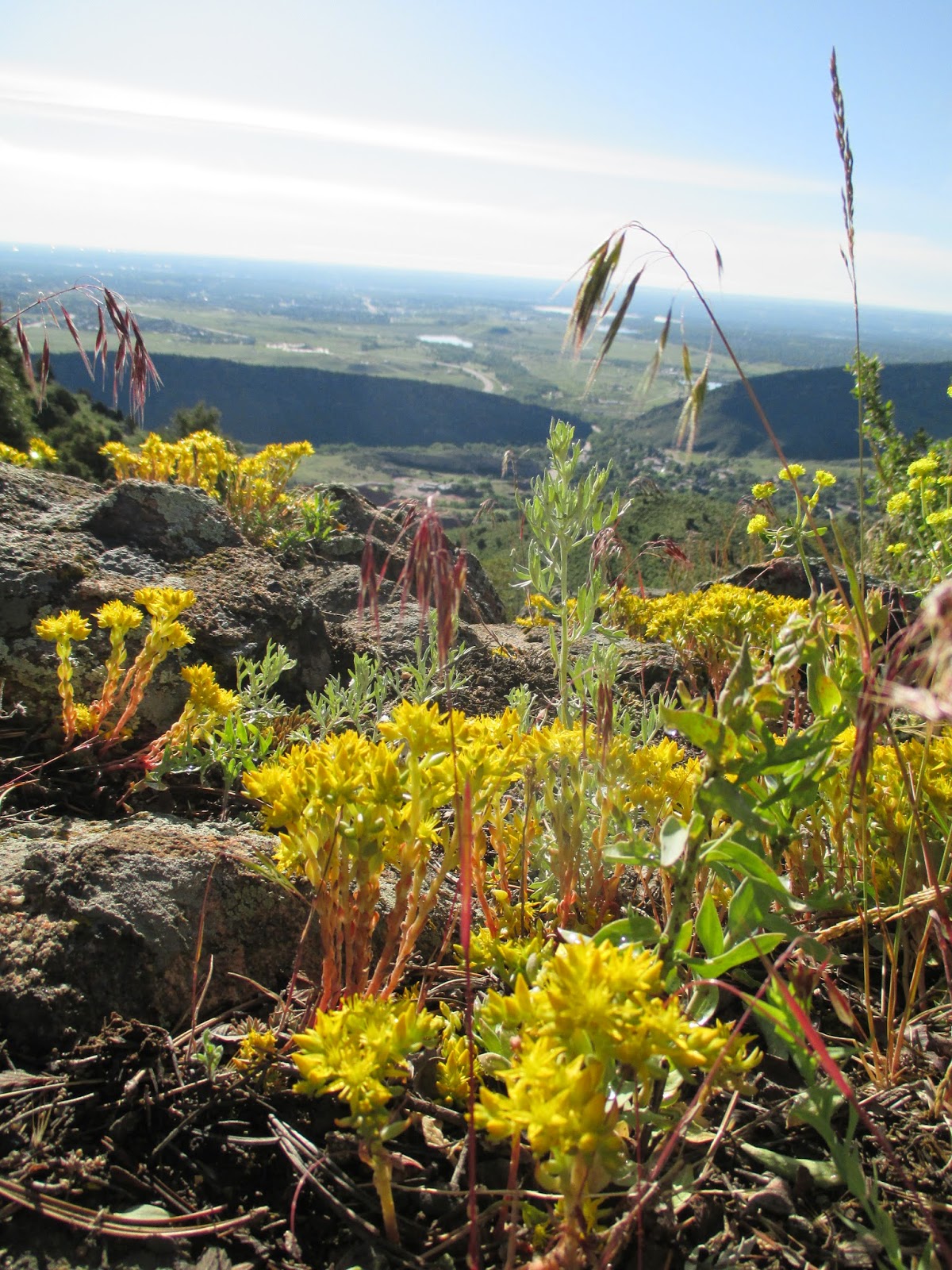 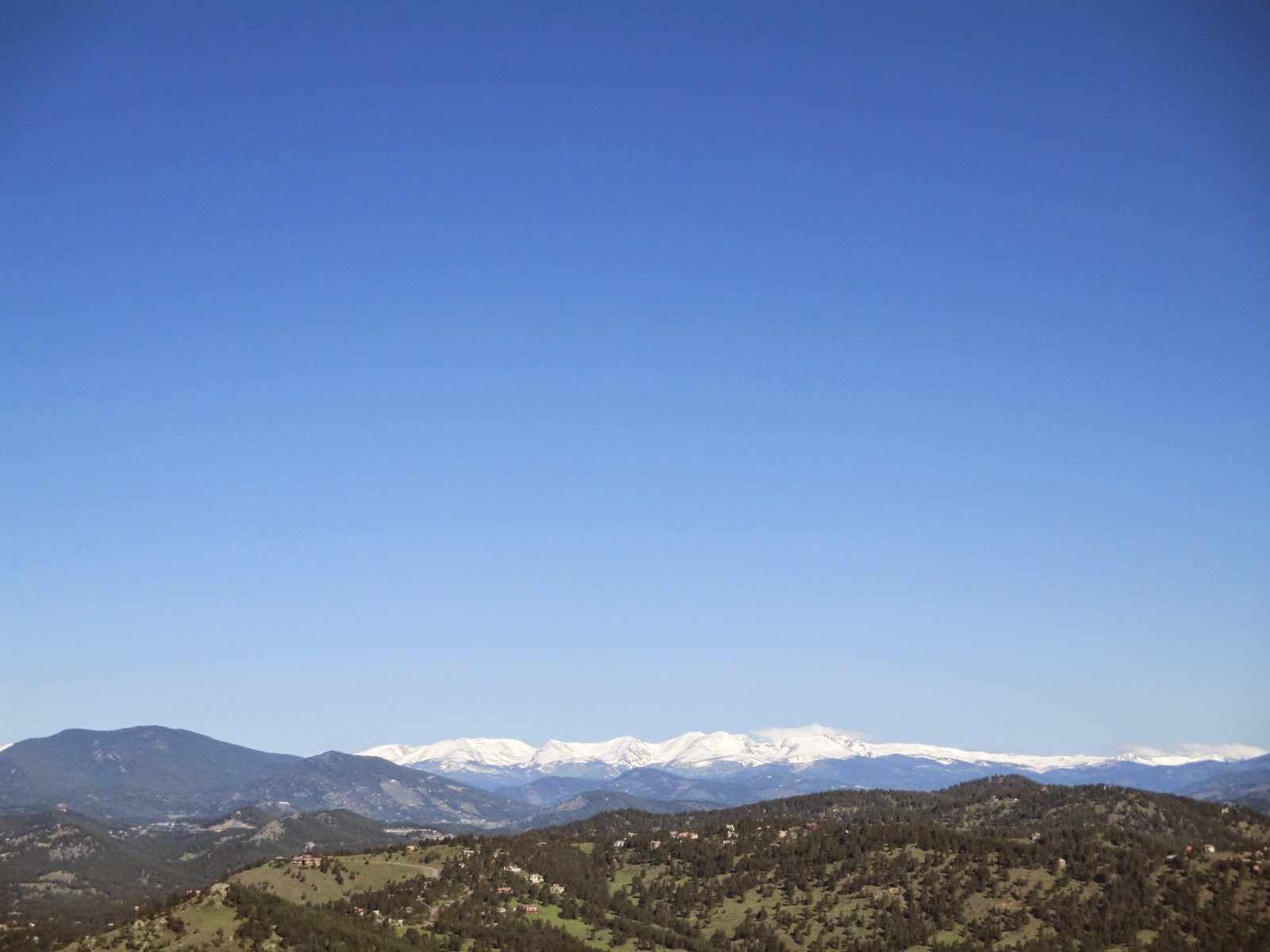 A fresh coat of snow on the Divide this morning. 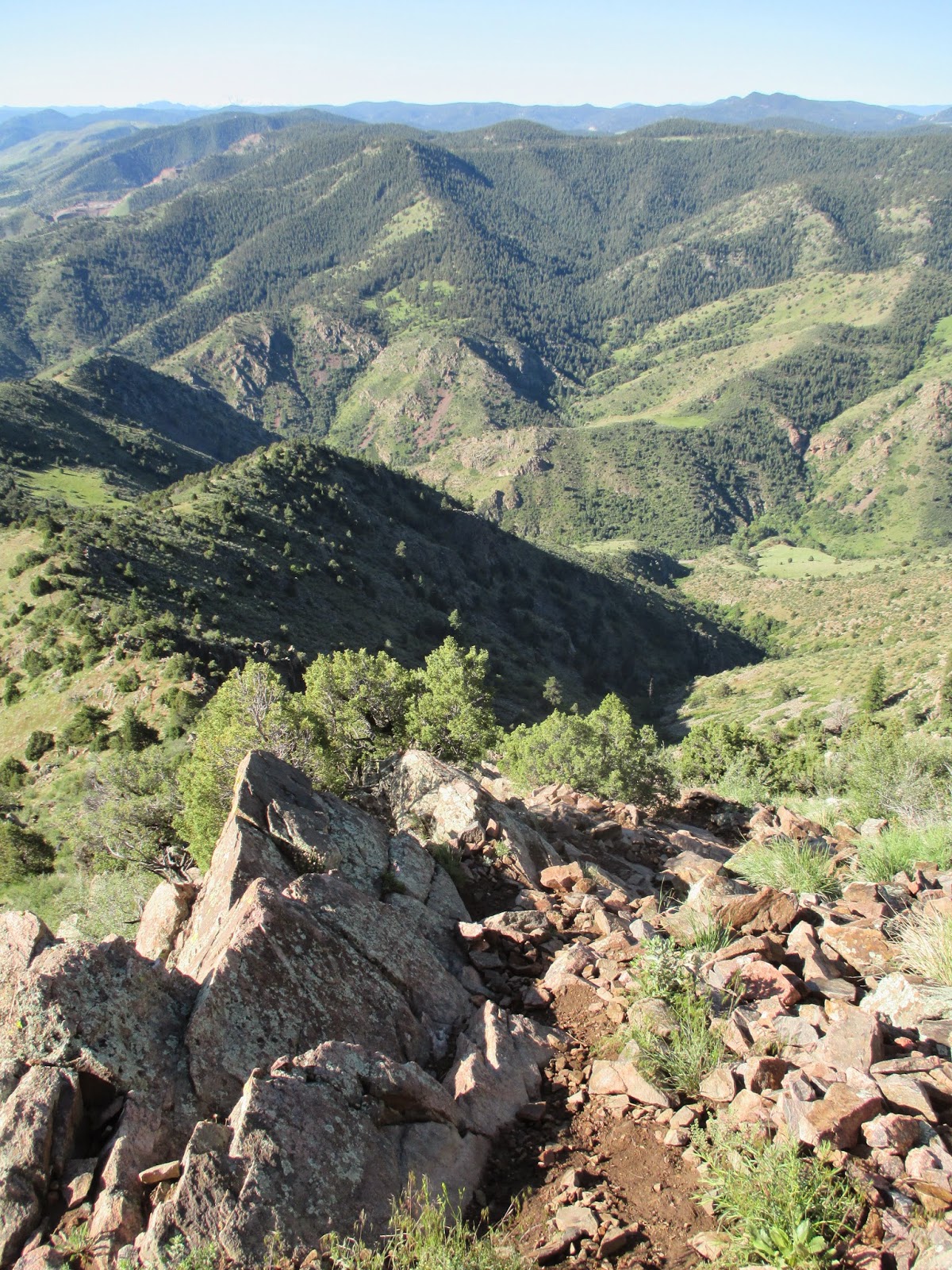 Looking down the ridge on Morrison.