On Saturday I ran my first official marathon ever - the Salida Run Through Time Marathon. I wasn't planning on running the race, but the night before the Twin Mountain Trudge race I was afraid we would not be able to make it up to the race due to weather and I really wanted to run one race prior to Cedro in April, so Tara and I signed up last minute. I've been doing a lot of slogging and trudging, especially with the G & T challenge, but since January I have not been able to get in many long, steady runs. As such, I was looking at Salida as more of a solid training run then an actual race. Plus, I wanted to finish the marathon strong and go from there.

We drove down and camped Friday night with Kendrick at a spot just outside of Salida. It was great sleeping under the full moon and having a nice fire so early in the season - can't wait for summer. The race morning started off cool and clear, perfect for a day of running through the Pinon and Juniper hills outside of Salida. There were a fair number of heavy hitters at the race, so I was content to just run my own pace and try and work on pacing, fueling, and overall consistency in this race. After a quick fast out-and-back loop on roads, the course comes back to the start and then heads up on singletrack through the hills. At no point does it get very steep, but rather maintains a nice gentle grade of rolling and winding singletrack through the sandy hills with spectacular views of the Collegiate Peaks to the west and the Sangre de Cristo Range to the south. After a bit, the trails end and the course climbs for about 5 miles on a FS road - here is where those who have done adequate tempo training really excelled, as the grade is very gentle and allows roadies to pick up the pace. At the top is an aid station, a quick out-and-back, and then a turn-off onto a much rougher jeep/mountain bike road that rolls through some open meadows and aspen trees before descending back down towards Salida. This section was fun, fast, and snowy, with bits of snow and ice to navigate. Nothing serious, but it did require one's focus.

Parts of the course here are misleading, as you wind along the various draws and canyons in a general south and east direction, often catching glimpses of those ahead of you on the opposite rim. At the 20 mile mark the marathon course re-connects up with the half-marathon course and all of a sudden after running by myself, I started to encounter other runners. This gave me a bit of motivation, but it also became harder to tell when someone was on your tail if they were a marathon or half-marathon runner. I never had any low points, and ran all of the entire course except for one last climb, which pleased me and was one of my goals. I was able to push hard for the final couple miles and really bring it in across the finish, which was nice. I certainly suffered from lack of sustained, long tempo runs (~20ish miles), which would have really helped on this type of course, which is really runnable. I crossed the line in 4:07, which was good for 41st place overall. My first ever marathon in the books!

After, on the way home, we stopped at the Platte High School just outside of Bailey to do a track mile for fun. No warm up, just got out of the car after sitting and driving for two hours and did four laps. Then back in the car for the rest of the drive home. It was fairly silly, but also super fun and made the day a bit more adventuresome. Gotta tag a track when you have a chance! My time was 9:16 for the mile - tight and sore.... 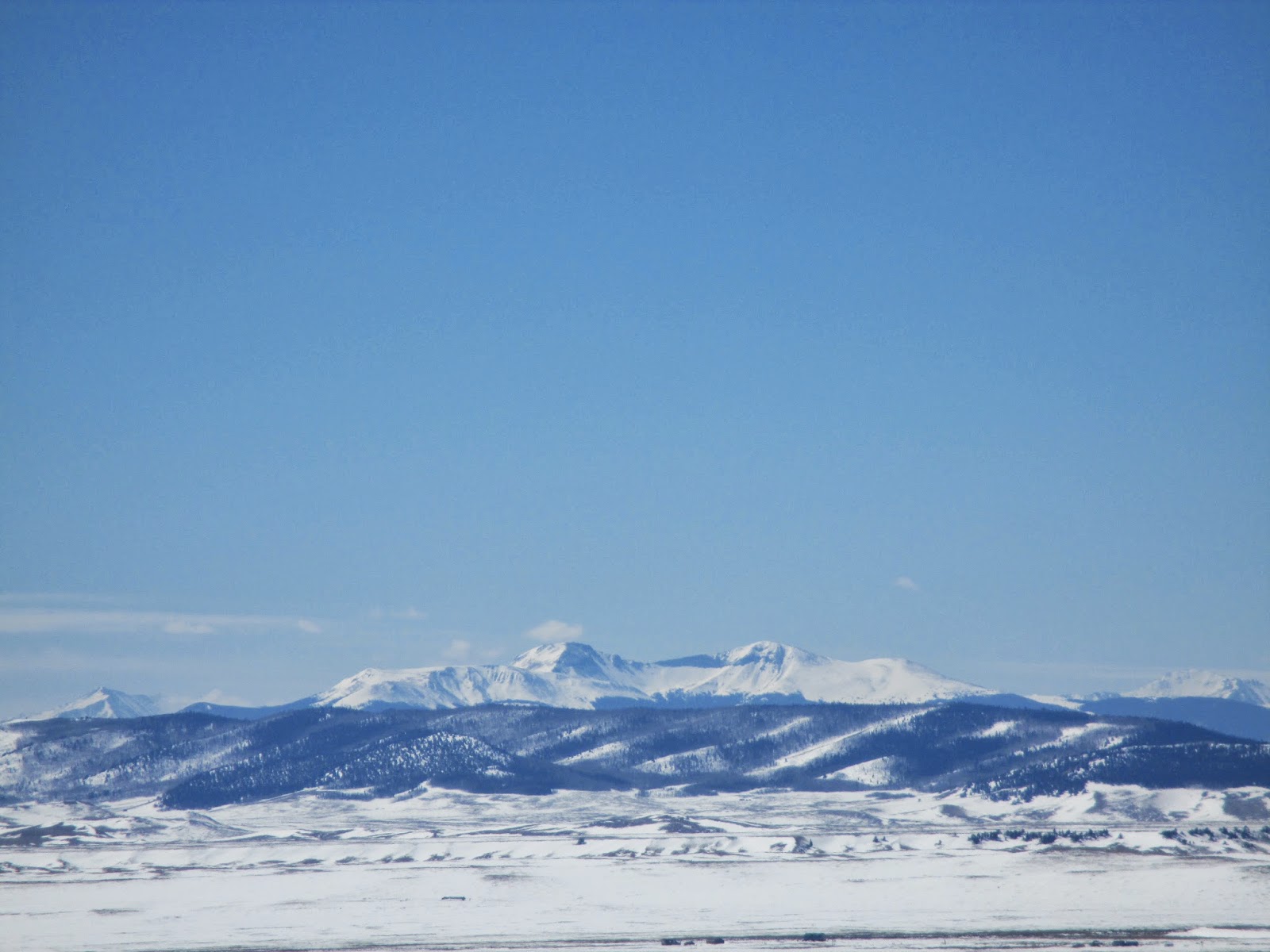 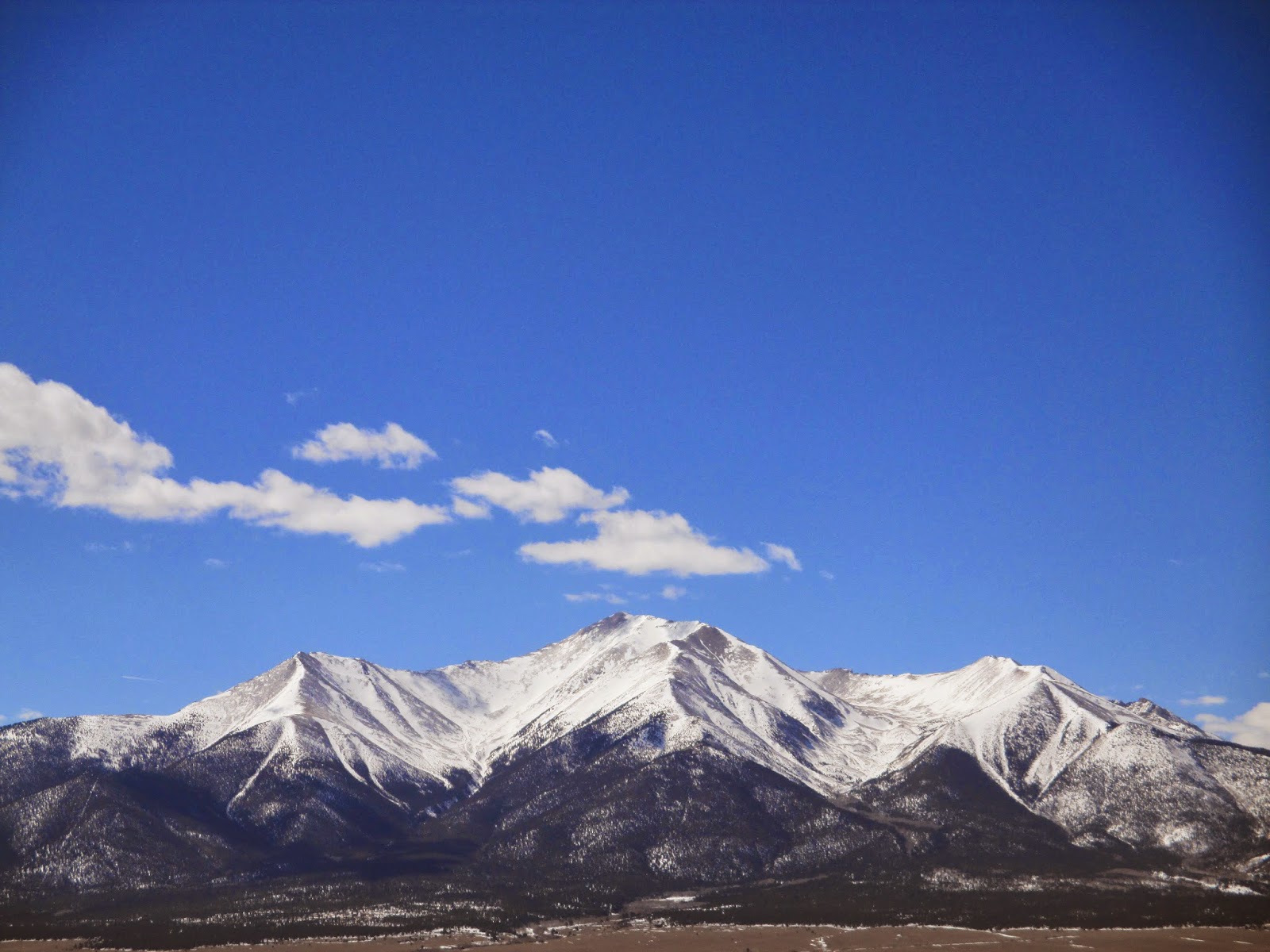 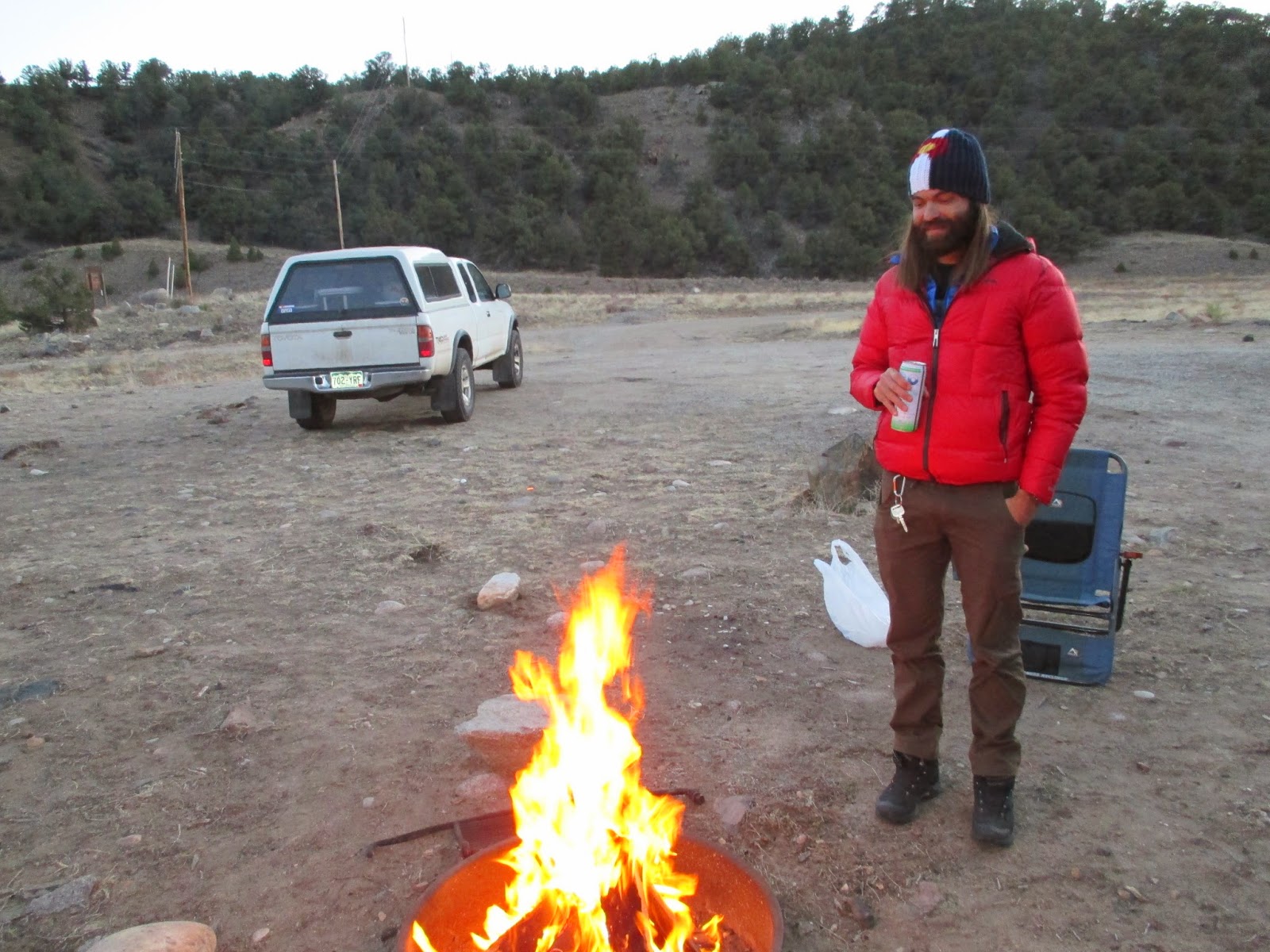 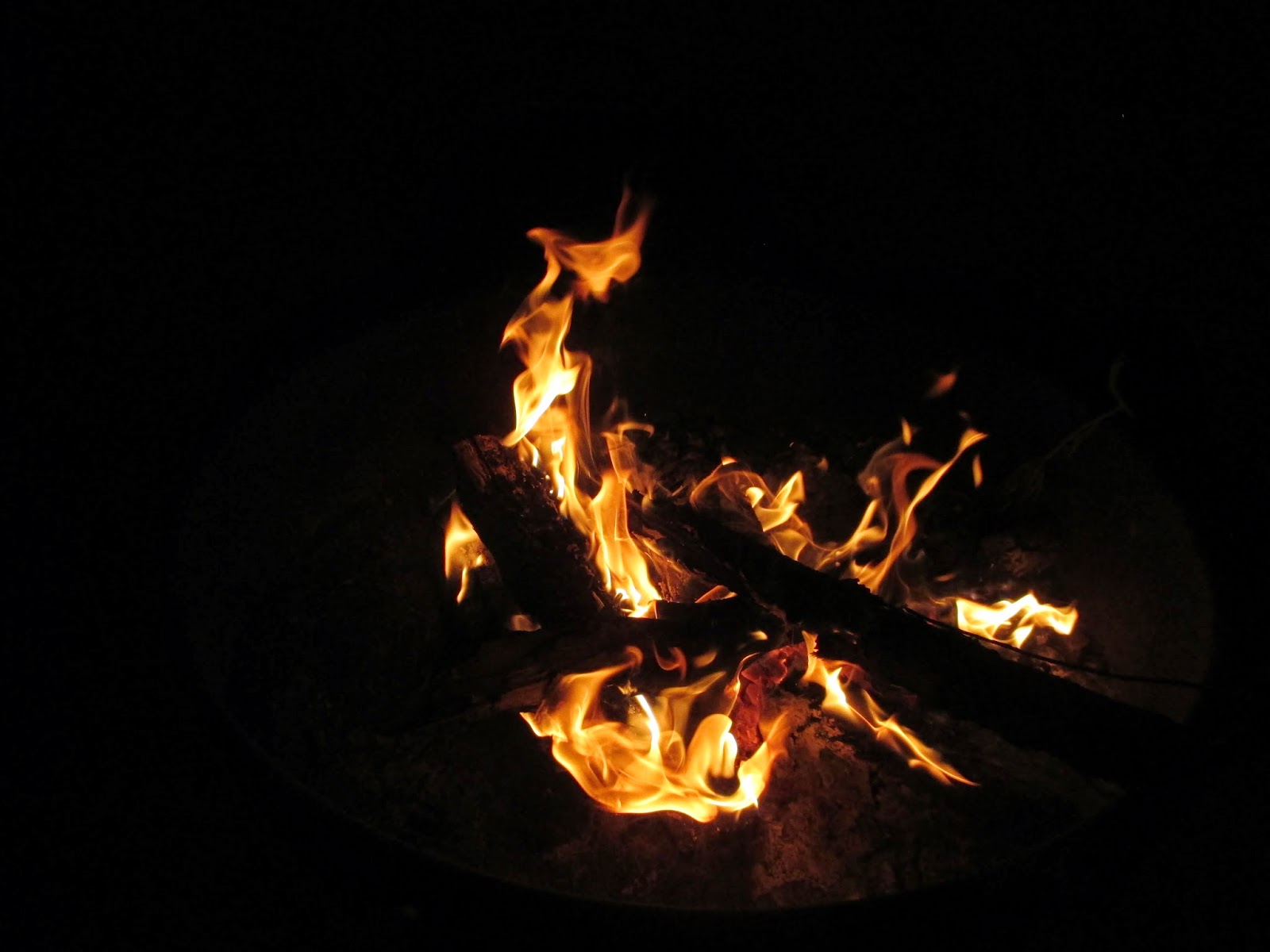 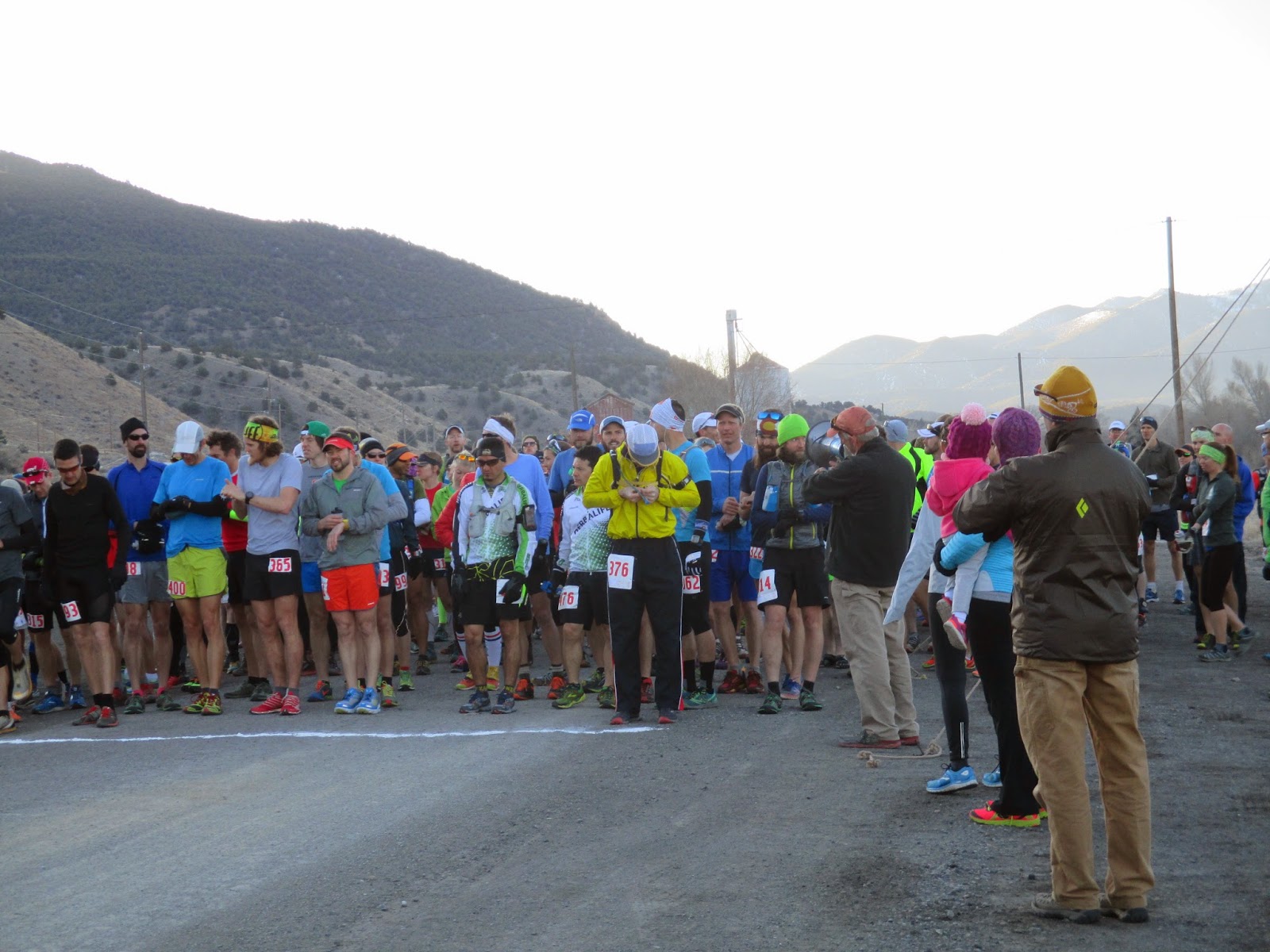 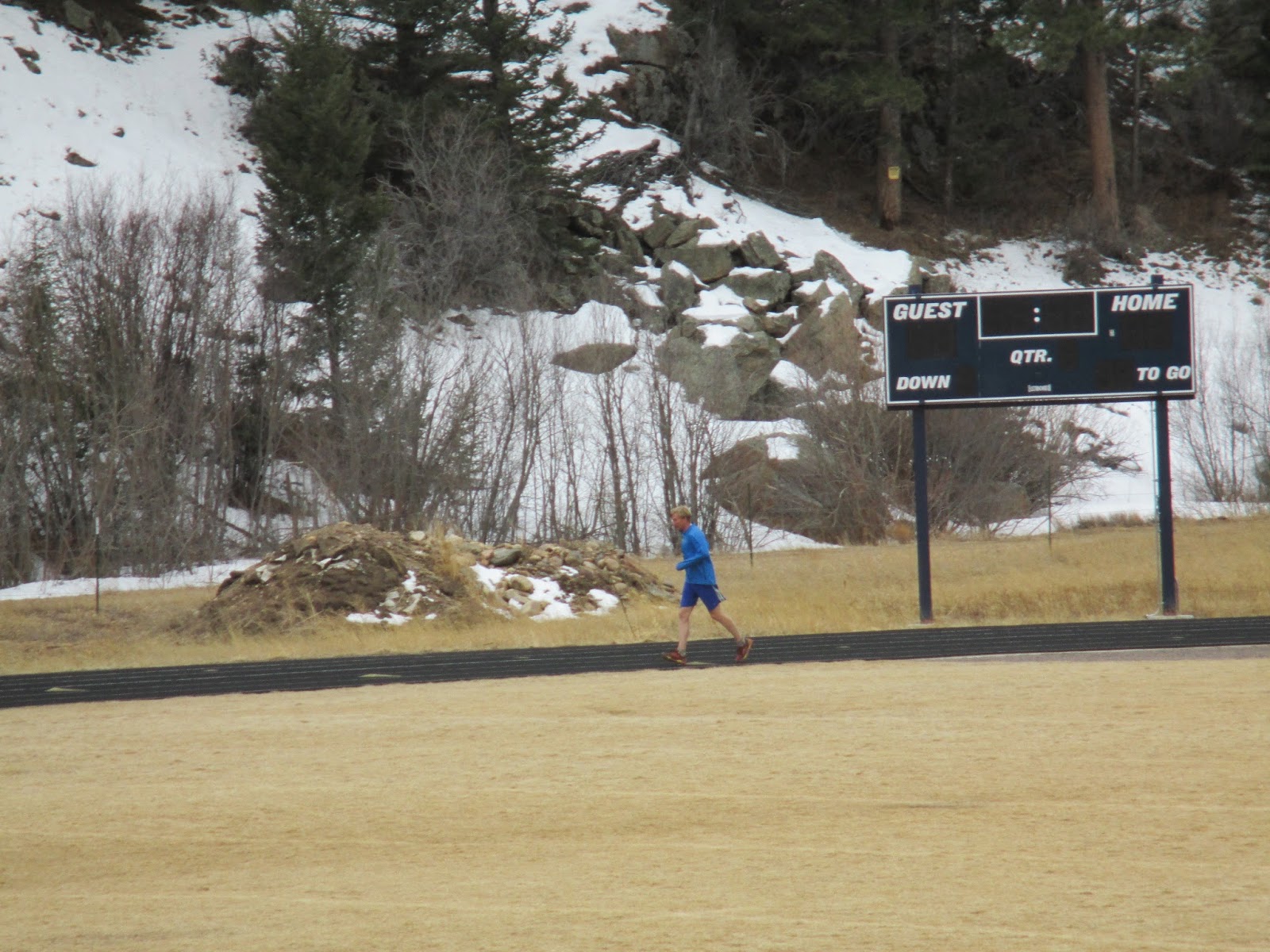