Got up and ran the Ruby Creek Traverse this morning. I wanted to put in a hard, semi-long effort and see what time I could get on the traverse. It involves running up from the URAD mine area just outside of Jones Pass up and over Engelmann Peak (13,362'), Robeson Peak (13,140'), Bard Peak (13,641'), Mount Parnassus (13,574') and Woods Mountain (12,940'). Only the first and last mile of the loop are on any trail, the rest is either bushwhacking or running tundra and ridges. I've done this loop a couple times, and it is always spectacular as you circle around the Ruby Creek basin going from one peak to the other. Unlike many other locations in the Colorado mountains (namely 14ers), hardly anyone does these peaks and I did not see a single person all morning. From the pull out right near the "Danger, Avalanche" sign, run up the rugged old mining road for about a mile to a small clearing. From here, turn east and begin the big march straight up Engelmann's western slopes to gain it's northwestern ridge. Once on Englemann's summit, you can see the entire traverse. Continue south, making the significant drop down and over to Robeson, then onward to Bard Peak where you have spectacular views of all of the surrounding peaks, including G & T and beyond. The ridge from Bard to Parnassus is fun, with a few scrambling sections, as it drops and then climbs to the summit. From Parnassus there is a big drop down to Woods Mountain, before angling north again and tagging a final unnamed 12,700' point. From here, you drop almost straight down, gaining an old mining road that is fairly hard to follow. I ran into a bit of snow here, and had to do some postholing and wallowing through willows and soggy marsh land to make it through the basin and onto the eastern side of the creek. From here, it is a bomb of a run back down to the car. The loop is 11.78 miles and 6,430' of gain, which I completed in 3:19:27. A solid time, although when the snow all melts it might go a bit faster. 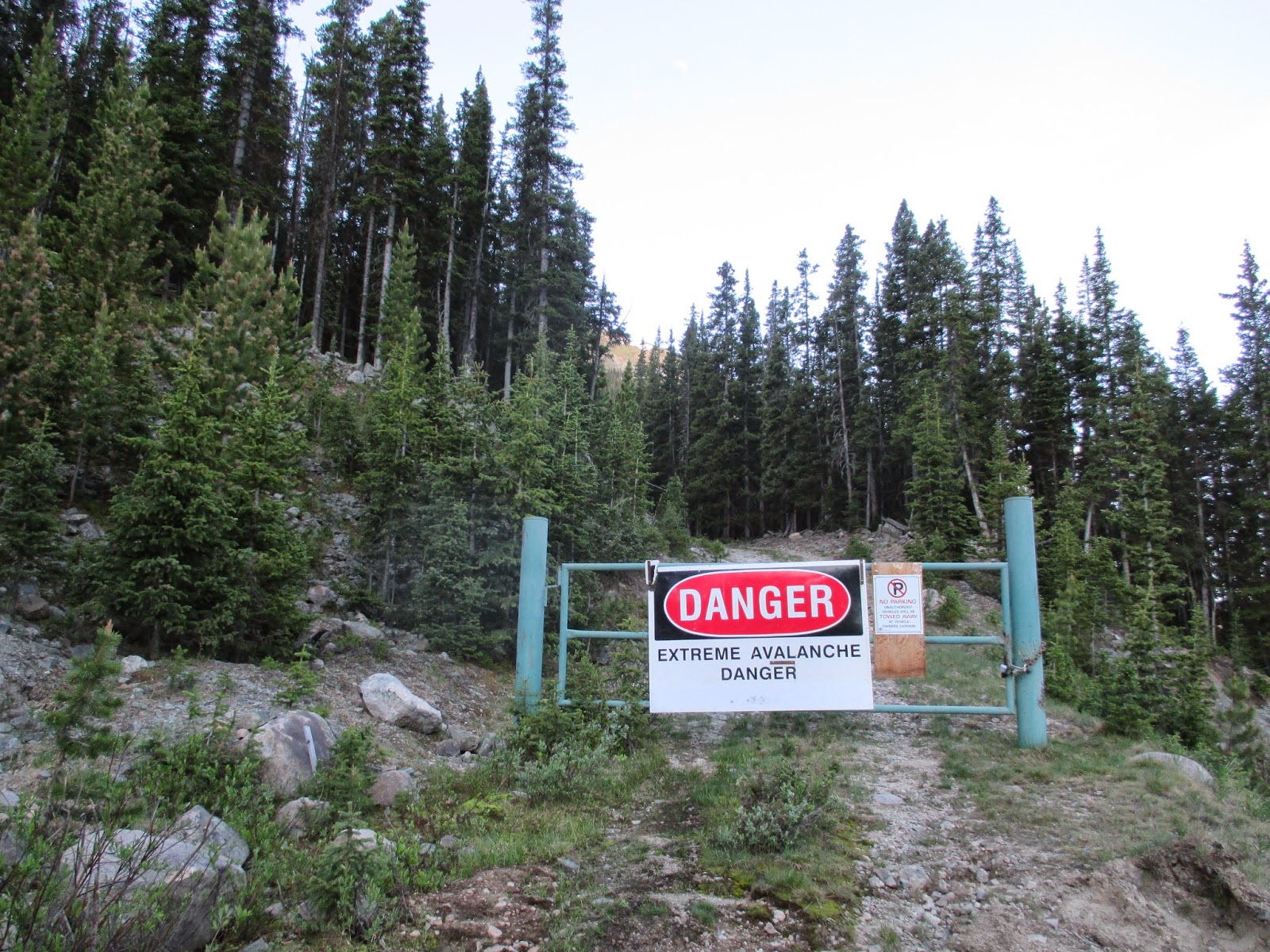 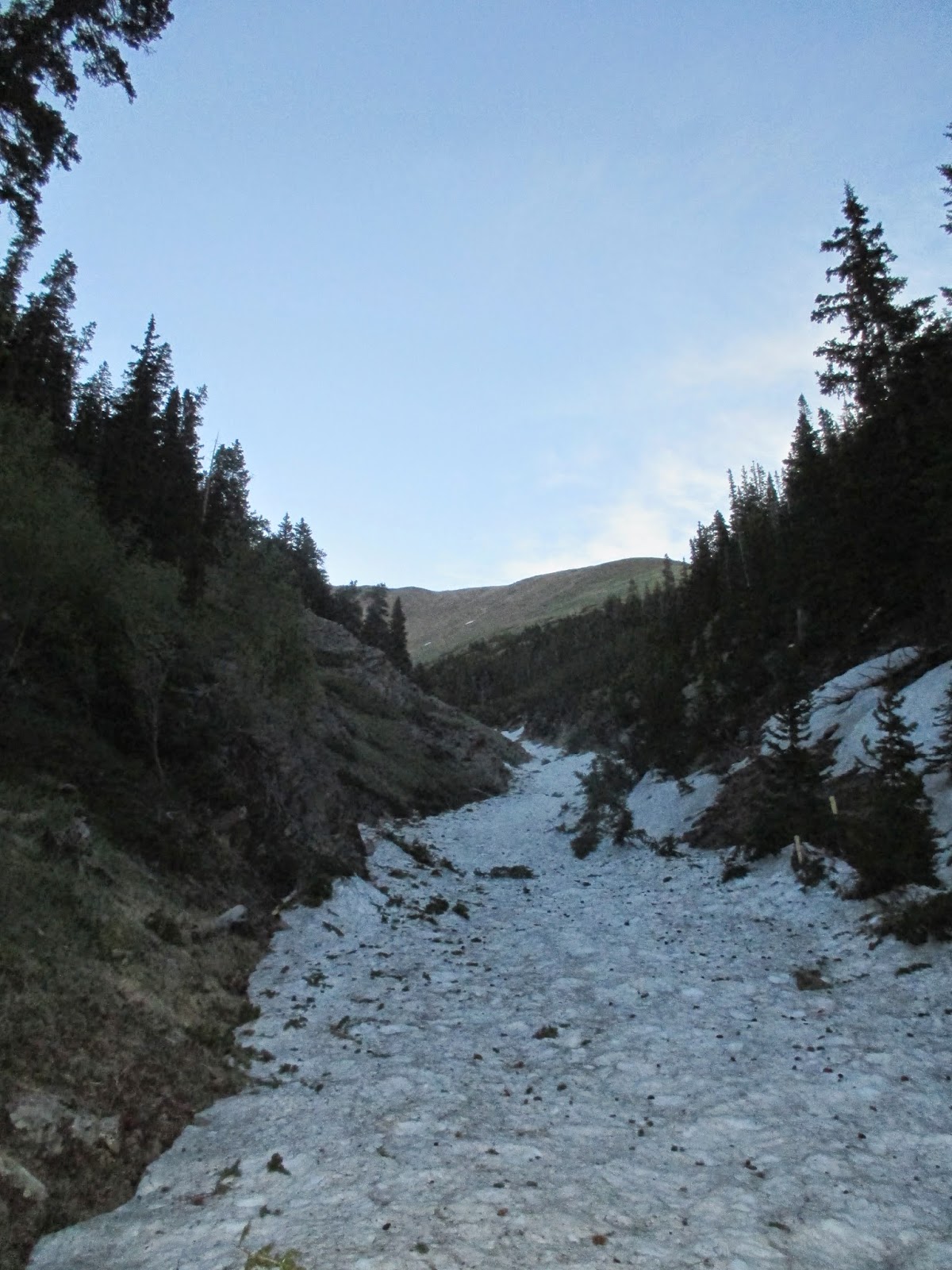 Gained 1,000' by running up this hard snow avalanche shoot to Engelmann. 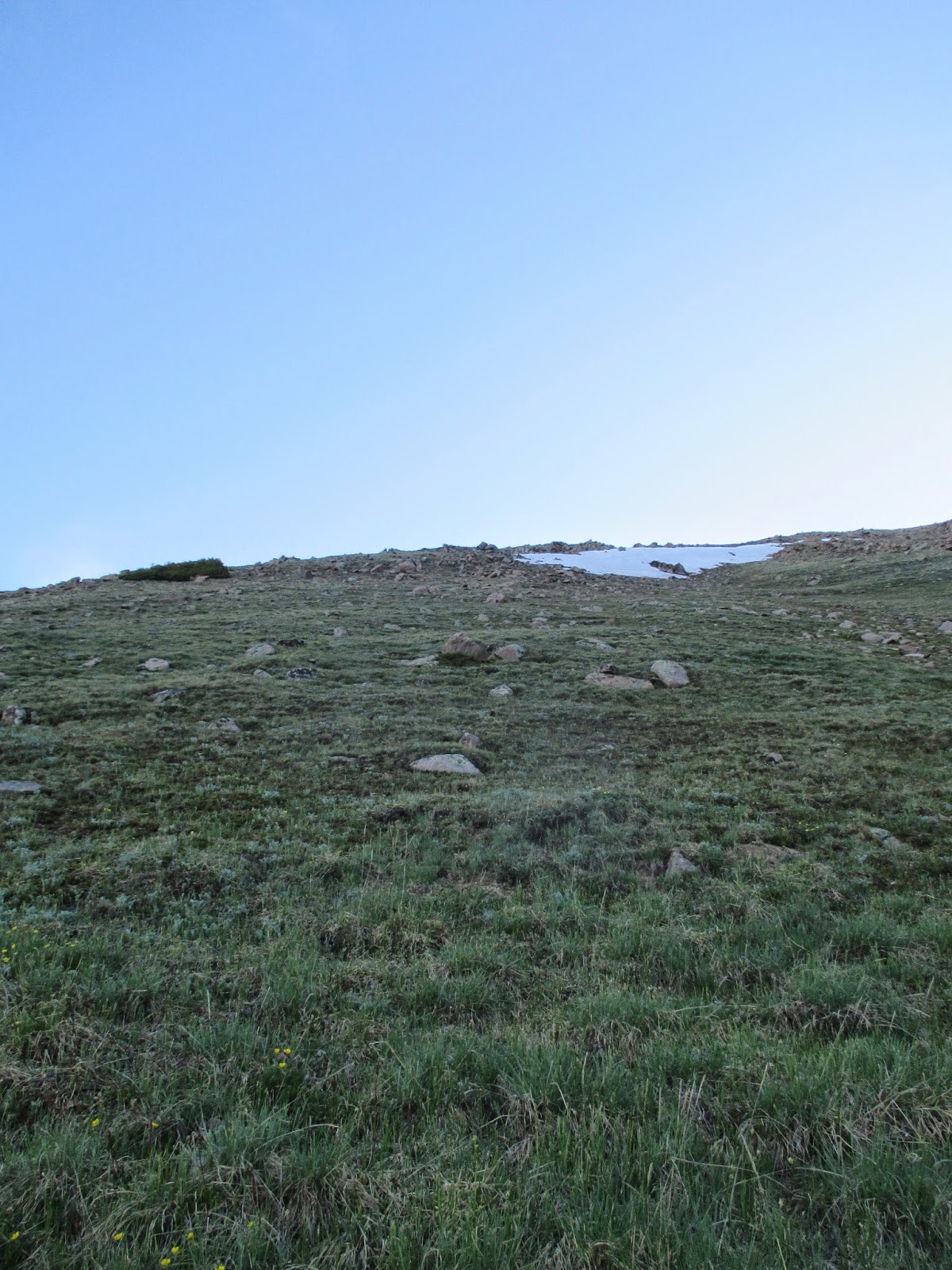 Straight up the slope to gain the ridge. 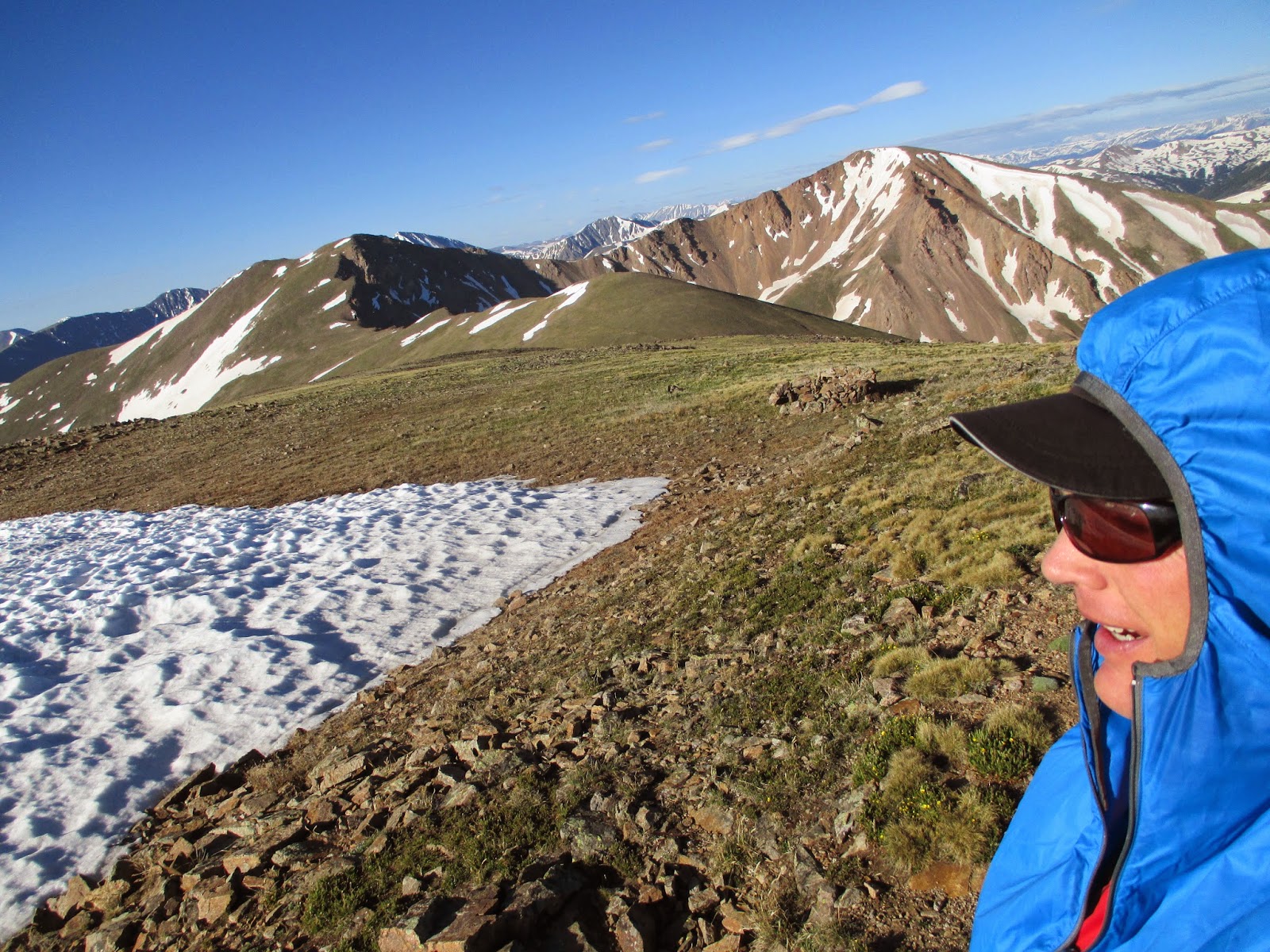 Summit of Engelmann, with Robeson, Bard, and Parnassus (on the right) in the background. 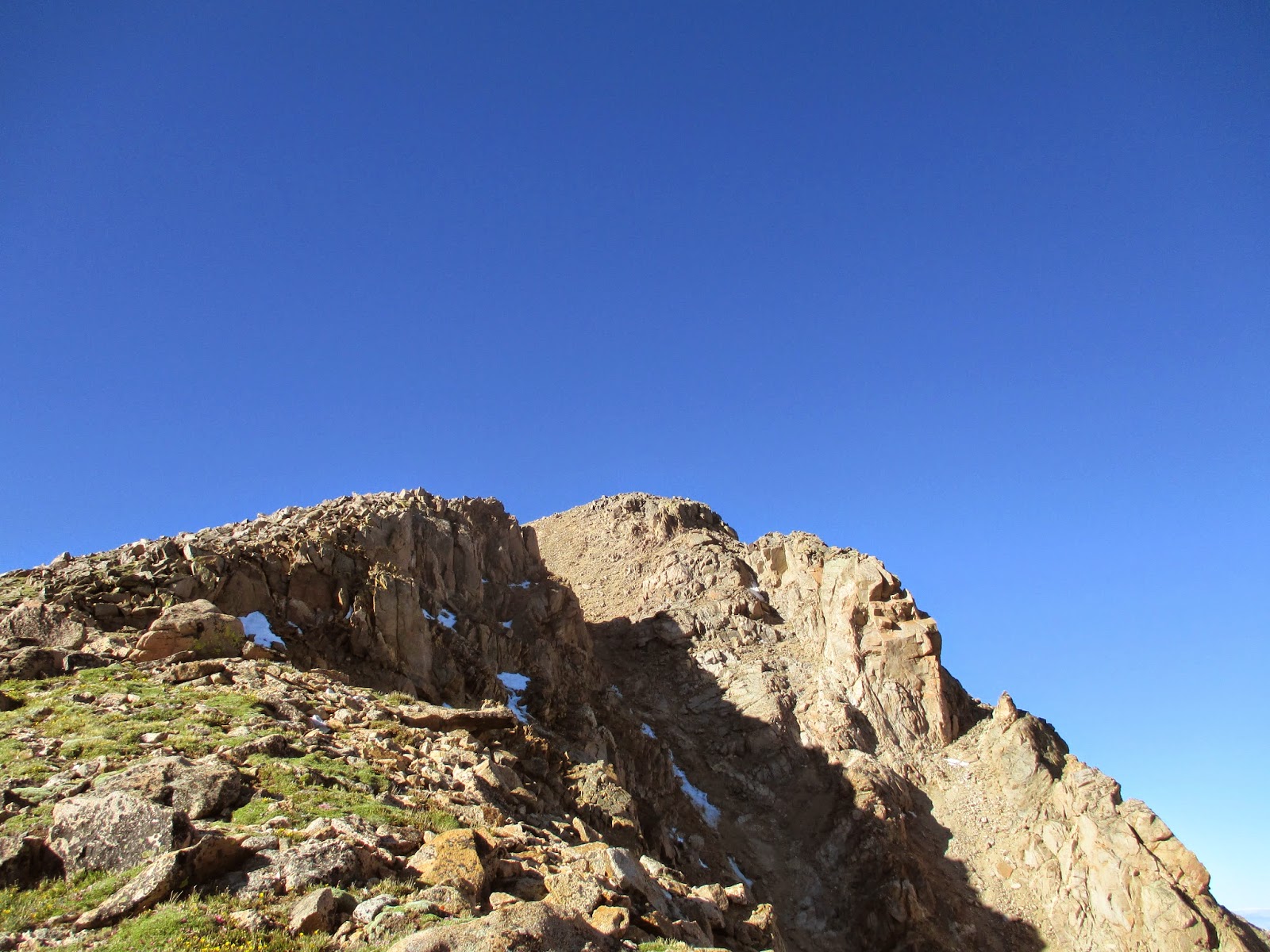 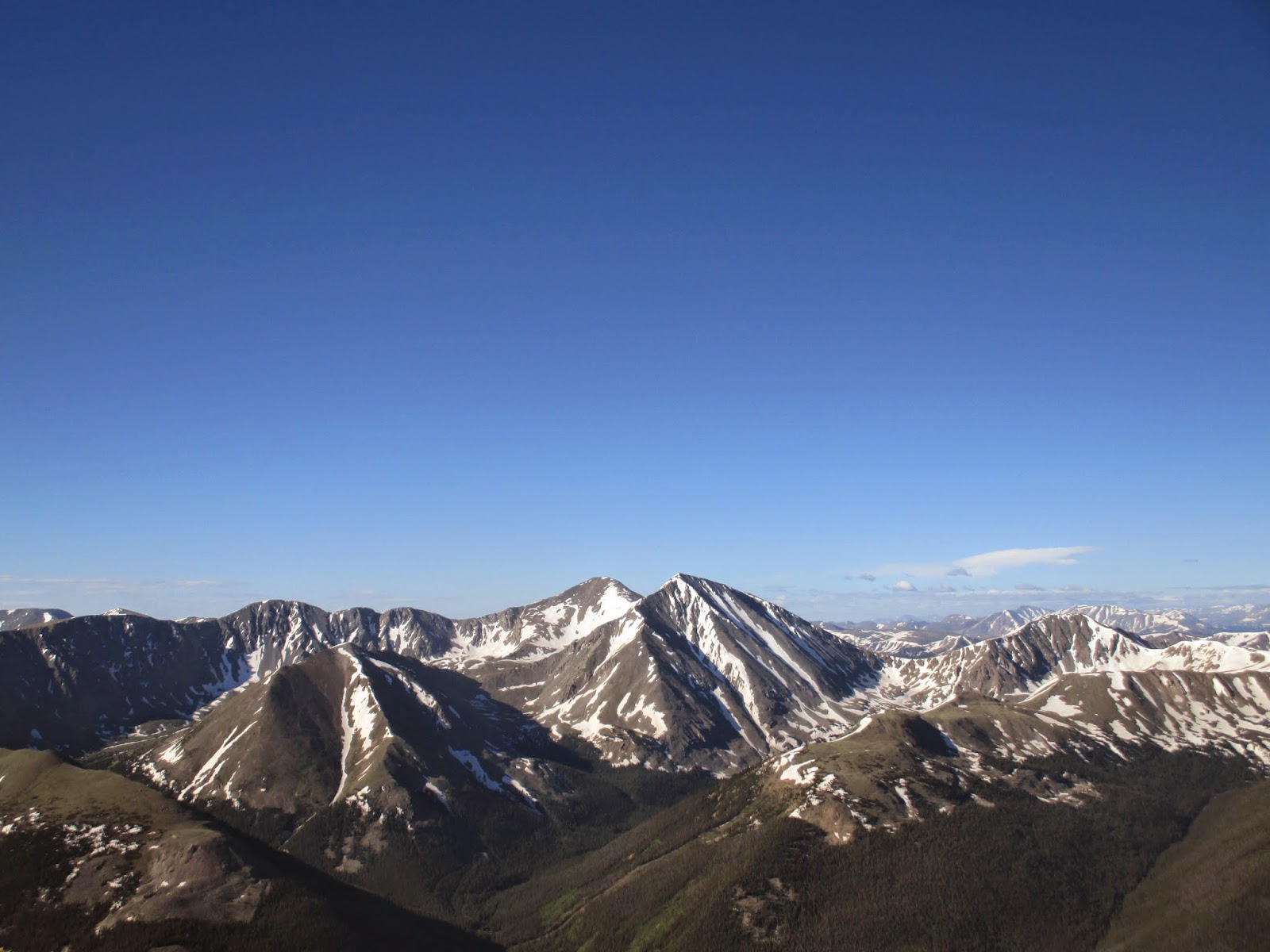 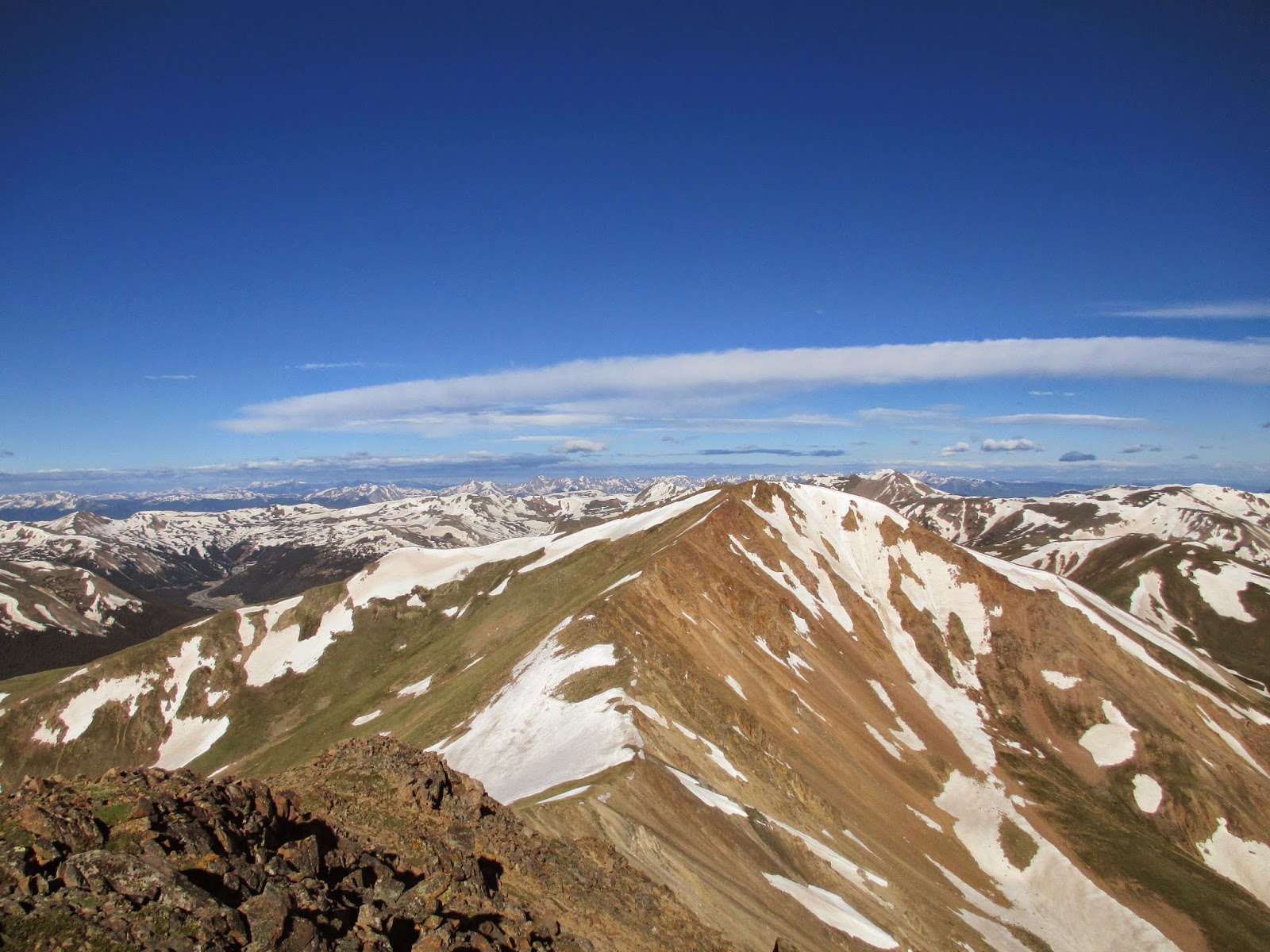 Looking over from Bard to Parnassus - just follow the ridge. 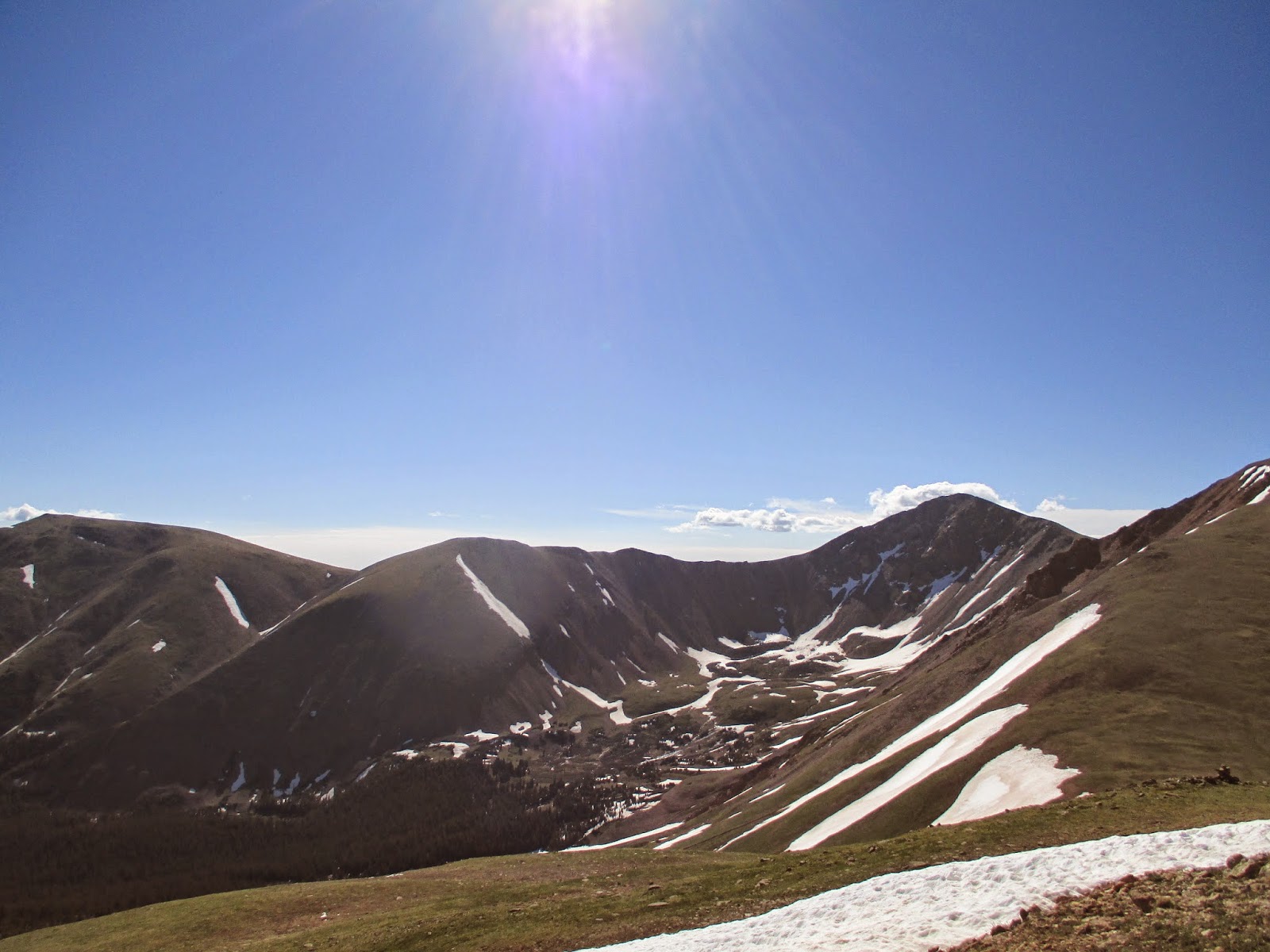 Looking back from Woods at the Traverse, with Engelmann on the far left and Parnassus out of the photo on the right. 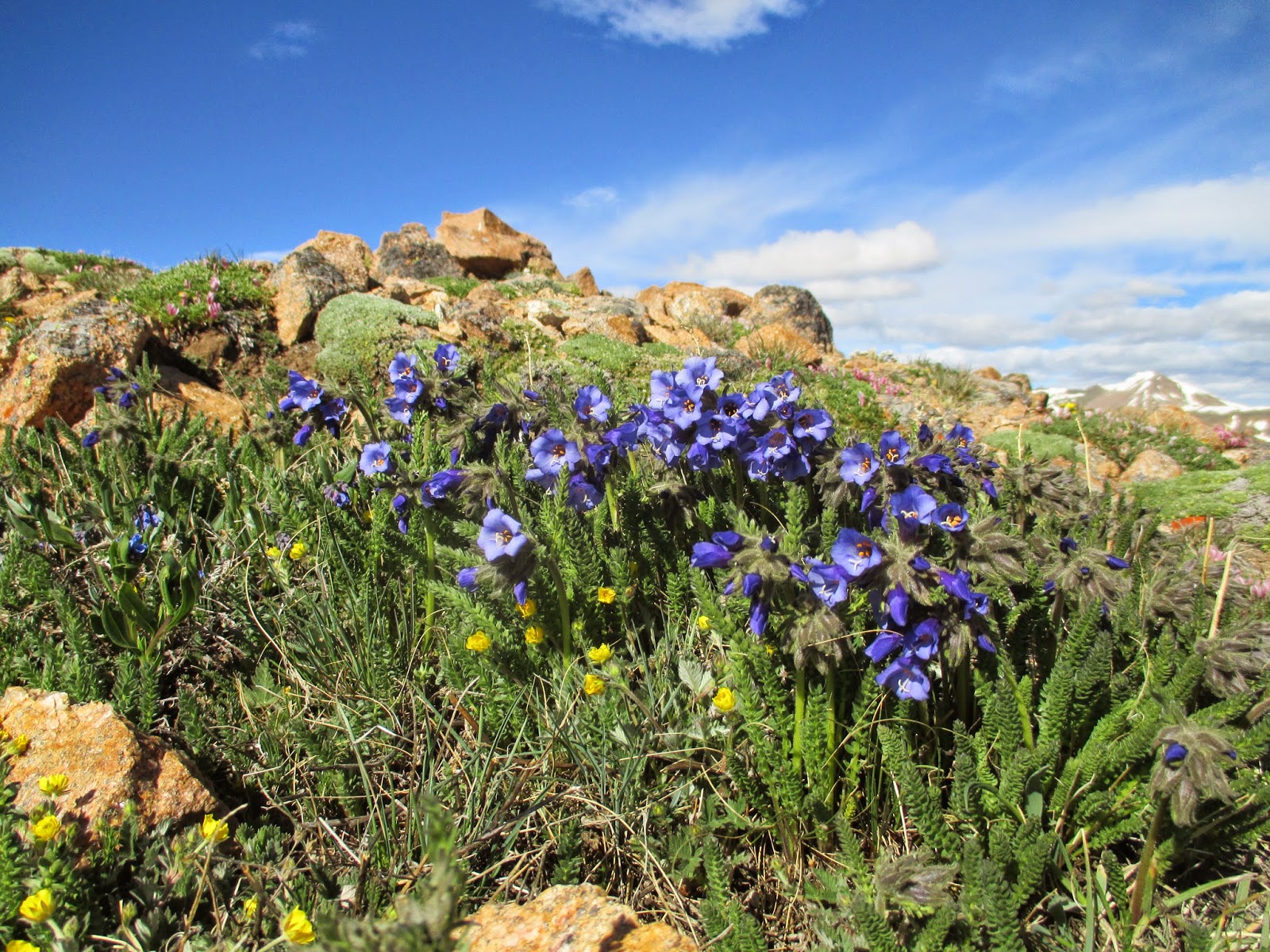 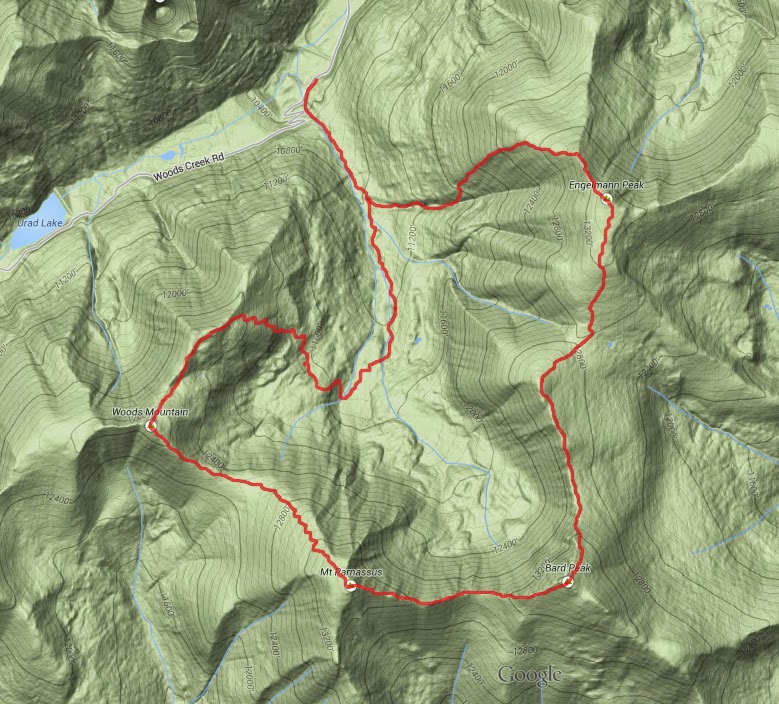