I was looking over my Strava today trying to figure out how many times I've done Green Mountain since May 1. From what I can tell, I've run up the thing 33 times now since May 1. Not bad when you consider I've also done Bear and SoBo a couple times as well as some of the higher peaks now that they are melting out. It's not the most ideal training for almost any kind of running event except perhaps Nolans or something similar, and I have noticed that although the vert. doesn't seem to impact me nearly as much as it did at the beginning, my speed/leg turnover has dropped off a bit. I've tried to keep two days a week focused on some kind of run with a bit of leg turnover in it, but as we have been camping up on the Peak to Peak even the "fast" days are not that fast as they are run at altitude.

It has been a good training block: 53 days, 509.7 miles, 121,034' of gain. I've taken a couple rest days, and still been able to maintain some climbing strength, but overall despite the rain and dreary spring we had, I'm pretty happy where I'm at. The first big race is coming up July 19 - Power of Four. It's a 50K and I know I will not have the speed necessary as I'm sure there will be some fast people, but I'm hoping to pick up a little speed over the next four weeks while maintaining my focus on vert.

Coming from a non-running background, this is perhaps the most consistent period of running I've ever done, so I'm hoping it pays off for my summer goals. I know they are pretty lofty, but you might as well aim high!

Photos from some of the runs, peaks, and secret spots we are camping follow. 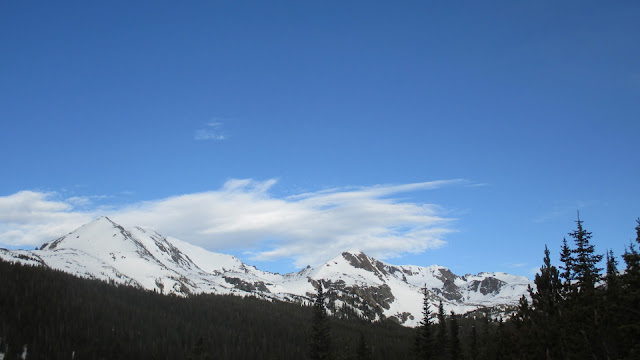 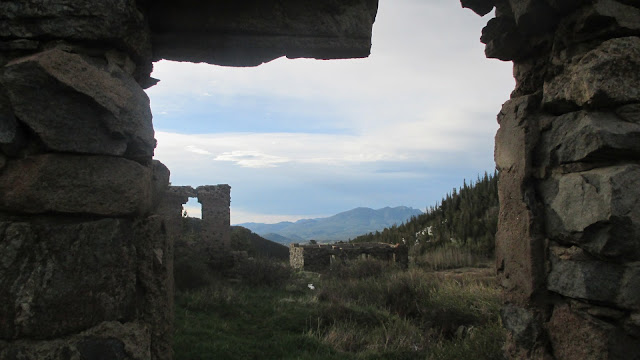 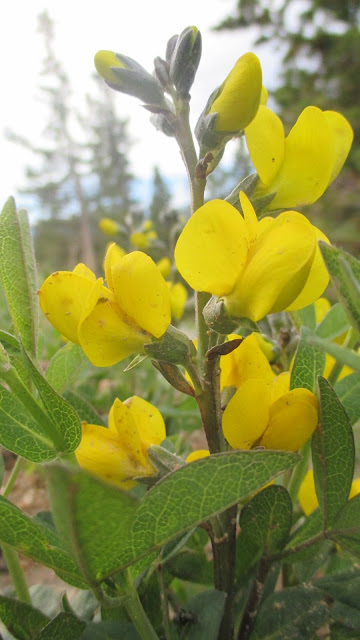 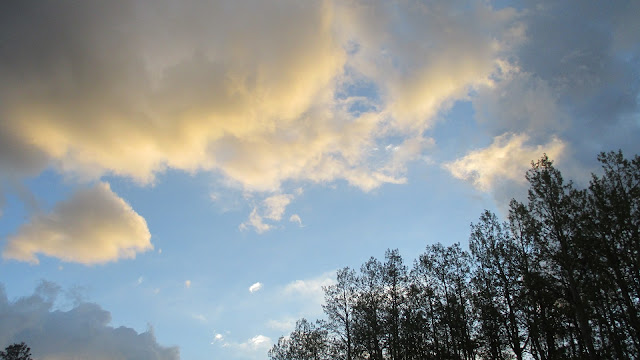 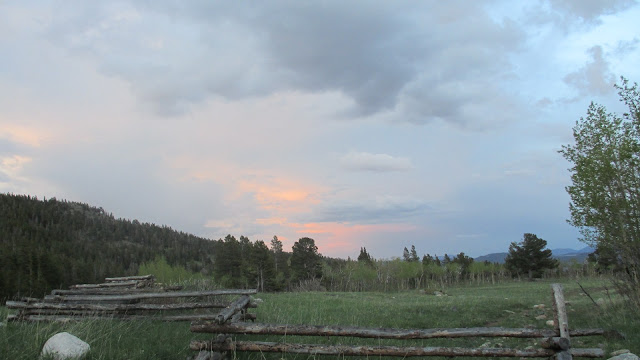 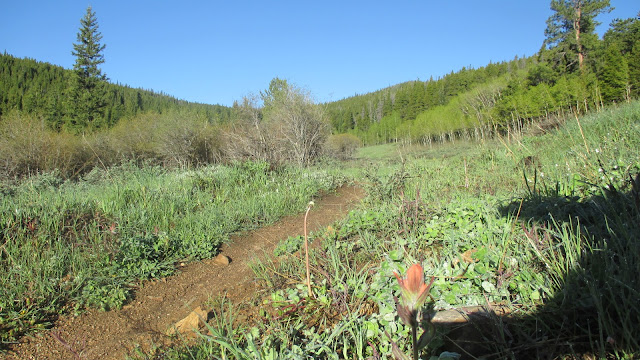 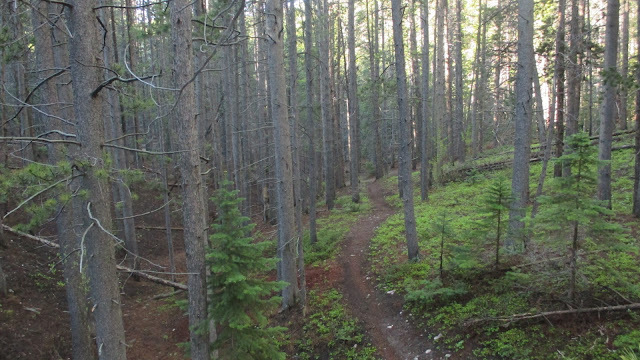 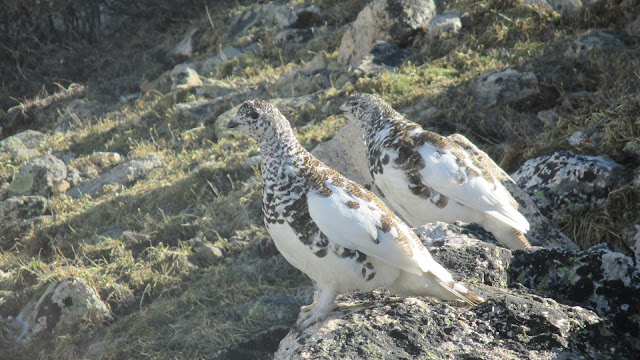 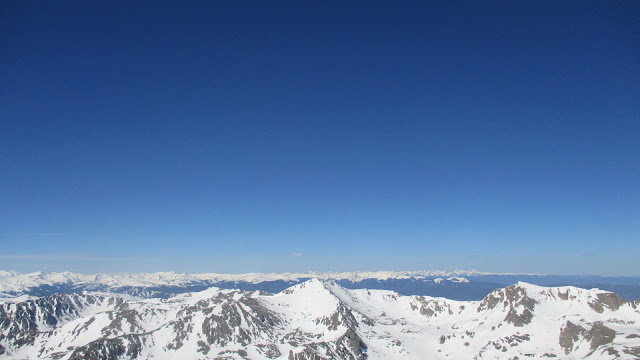 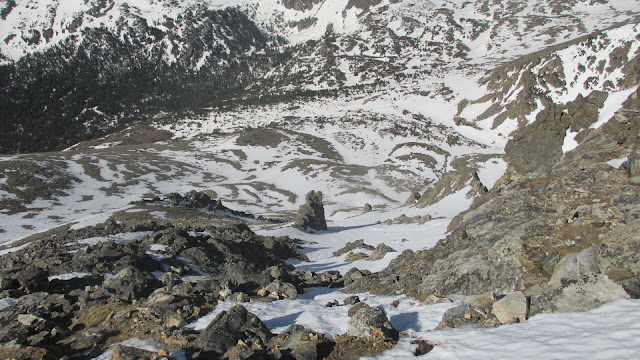 Looking down Skywalker Couloir on S. Arapaho - a easy climb on the peak. 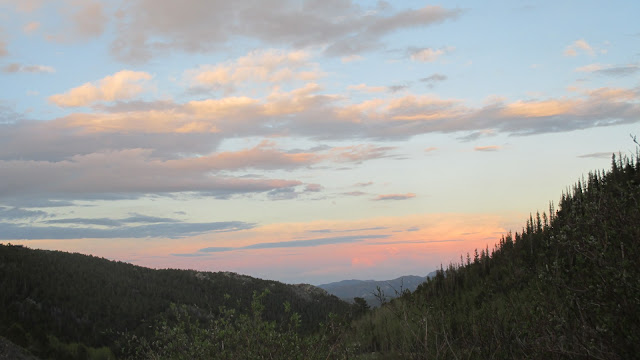 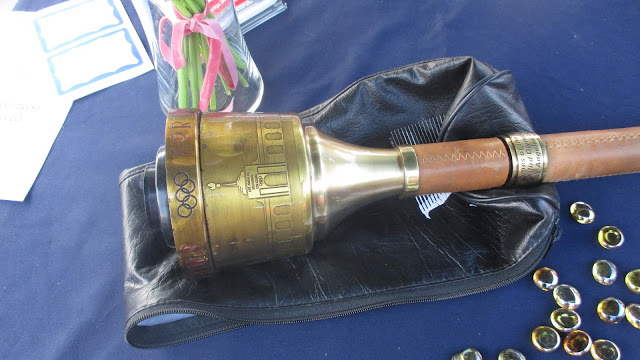 This is the real Olympic Torch from the L.A. Games! 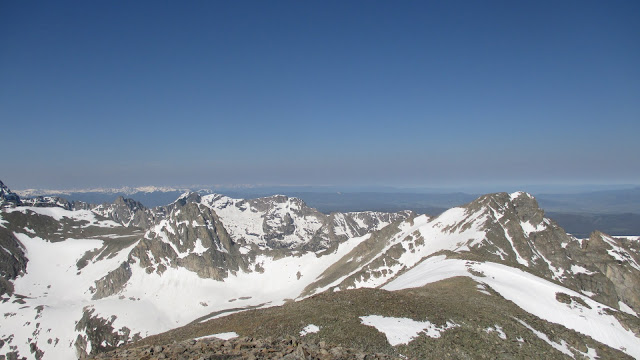 One of the best traverses around - Audubon to Navajo, I call it the Blue Navajo. Still needs to melt out a touch. 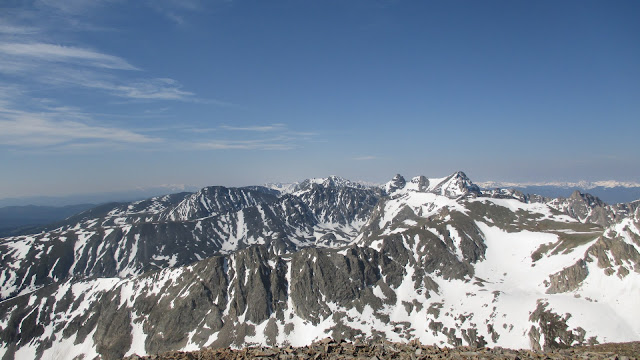 More of the traverse, with Navajo in the background. I've done this traverse twice, always from Audubon. Hoping to hit it up this summer if time permits. 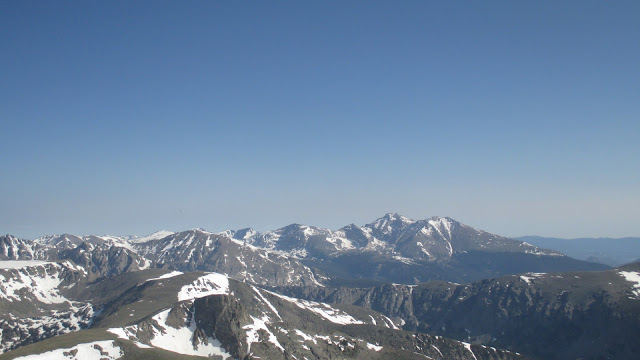 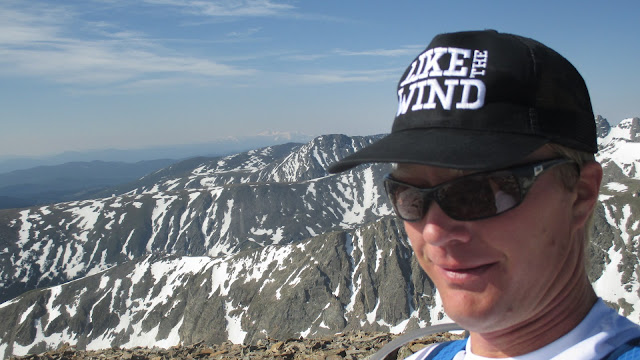