On Thursday night Tara and I learned about the Scar Top Mountain 12K race up in Coal Creek canyon. I had just been complaining about losing my speed, so we drove up on the 4th and registered. I knew this was going to be a very fast race, as it is basically a hard road race with some solid climbs at altitude. Still, why not go out and see what kind of time one could get - this would be the second shortest race I've ever done. The mile by mile report of the race is boring, I was basically in the top fifteen for most of it. Towards the end, however, is when it got exciting. I still had some gas, and with a nice downhill a bit from the finish I really pushed hard. I was able to pass a fellow that I had been a couple hundred yards behind for most of the race. I really had to crank, and when the course climbed again, he caught back up and we were shoulder to shoulder. I've never been in a real "race" like this, and it was super fun. We were pulling each other, finding slightly faster and faster gears, edging each other down towards the finish. Mentally this was new and I was digging it. I also was in the back of my head getting excited because I felt like I was trying so hard that I wanted to puke, which was exciting to really push that hard. We brushed elbows as we continued to really hammer - hard, hard, hard - and then there was a turn to the right and a 400 yard dash. We had pushed each other enough that we caught up with the guy in front, and together, around the corner we went. They had one more gear, and my mind just collapsed, not being able to dig down one more level. We all finished within seconds of each other. I ended up with 12th overall in :55 and change. This was such a hard, killer race - and I mean race. I've never sprinted shoulder to shoulder with someone for over a mile, pushing harder and harder, just hammering. I tried hard the whole race, but the finish was so cool. We were just feeding off each other - no words - but simply flying down the final stretch. I was on a high all day afterwards. Not from my finish or place per se, but from the pure exhilaration that came from racing. I don't know if I would do any more road races, but I can really understand the appeal - although the pain involved is intense - a very different kind of suffering then I'm used to.

The following day we went out and did the Belford (14,197'), Oxford (14,153'), Missouri (14,067') group of 14ers. I was checking some things out, so I spent some time on Oxford and Missouri, and then instead of dropping down the regular way, went west down Missouri's west ridge to Clohesy Lake. I could feel yesterday's race - both in some tight spots from the speed and in my core energy - so I just stayed mellow the whole time. I started at our camp spot, a bit west of the Missouri Gulch trailhead and ran the standard route up Belford. This is a great, grunt of a climb gaining over 4,000' in 4 miles. The run over to Oxford from there is also straightforward. I messed around on Oxford looking at a couple lines down into Pine Creek, which seem pretty easy, and then headed back over to Belford for another tag. From there, I went over to Elkhead Pass and then hooked up with the Missouri Mountain trail. This was the first time I ran into anyone other then two parties on Belford earlier, and just put my head down and cruzed on by. From Missouri, I went back a bit on the ridge, and then dropped down the west ridge to Clohesy Lake. There is a fairly good goat trail with some cairns here and there - no real route finding issues. Originally I had planned on then going up Huron, but the clouds were building and I was lacking in motivation - I guess I tried fairly hard during yesterday's race. So instead I just went down to Rockdale and ran the road back to camp. It's a fun loop with no real route finding or anything, just lots of time above 13,000' - it's 19 miles and 7,400' of gain - I did it in 5:56 with a bunch of time on the summits checking things out and taking photos for folks on their smart phones on Missouri. 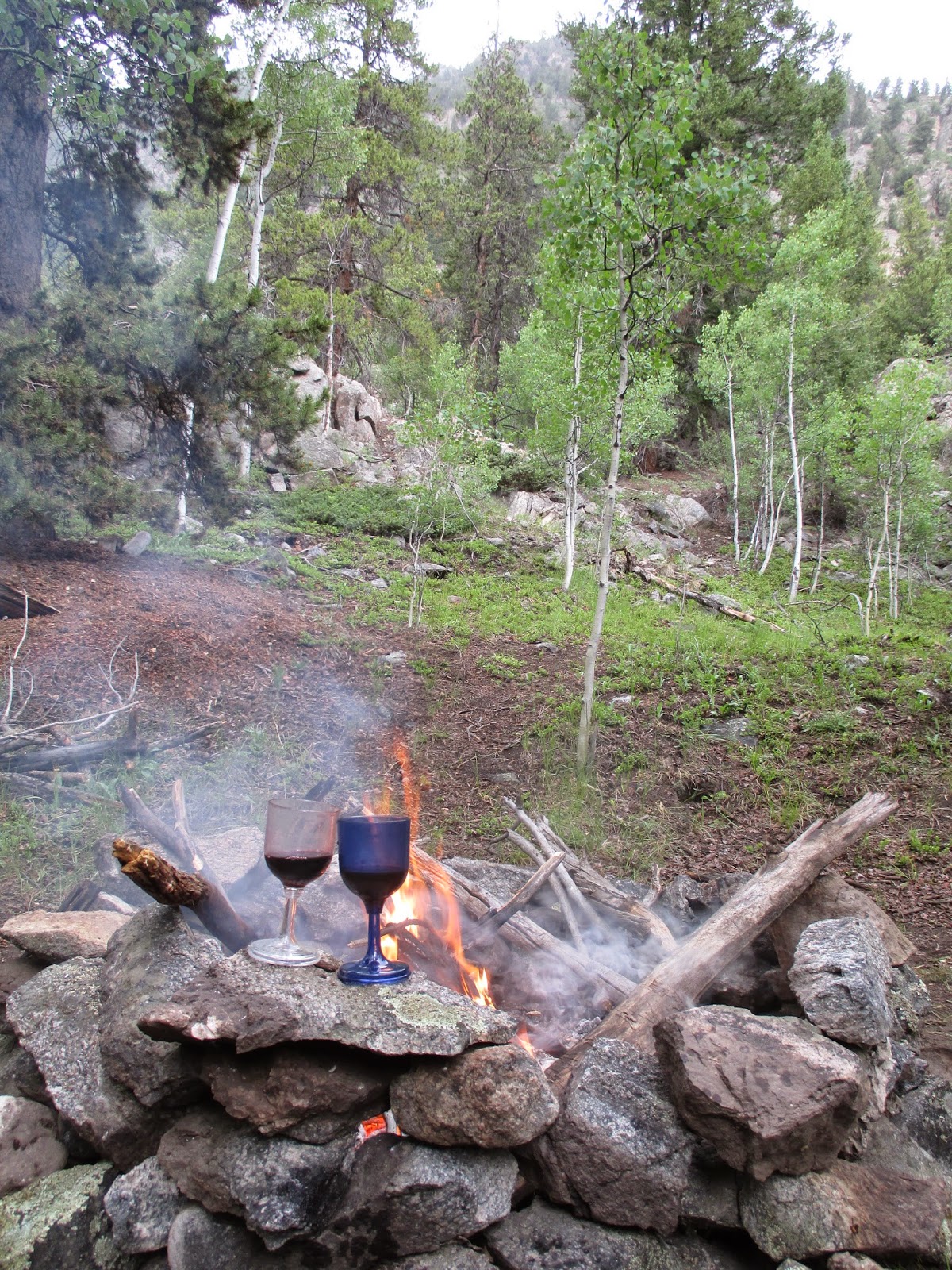 Cheap wine, a fire, and some running in the mountains... not bad. 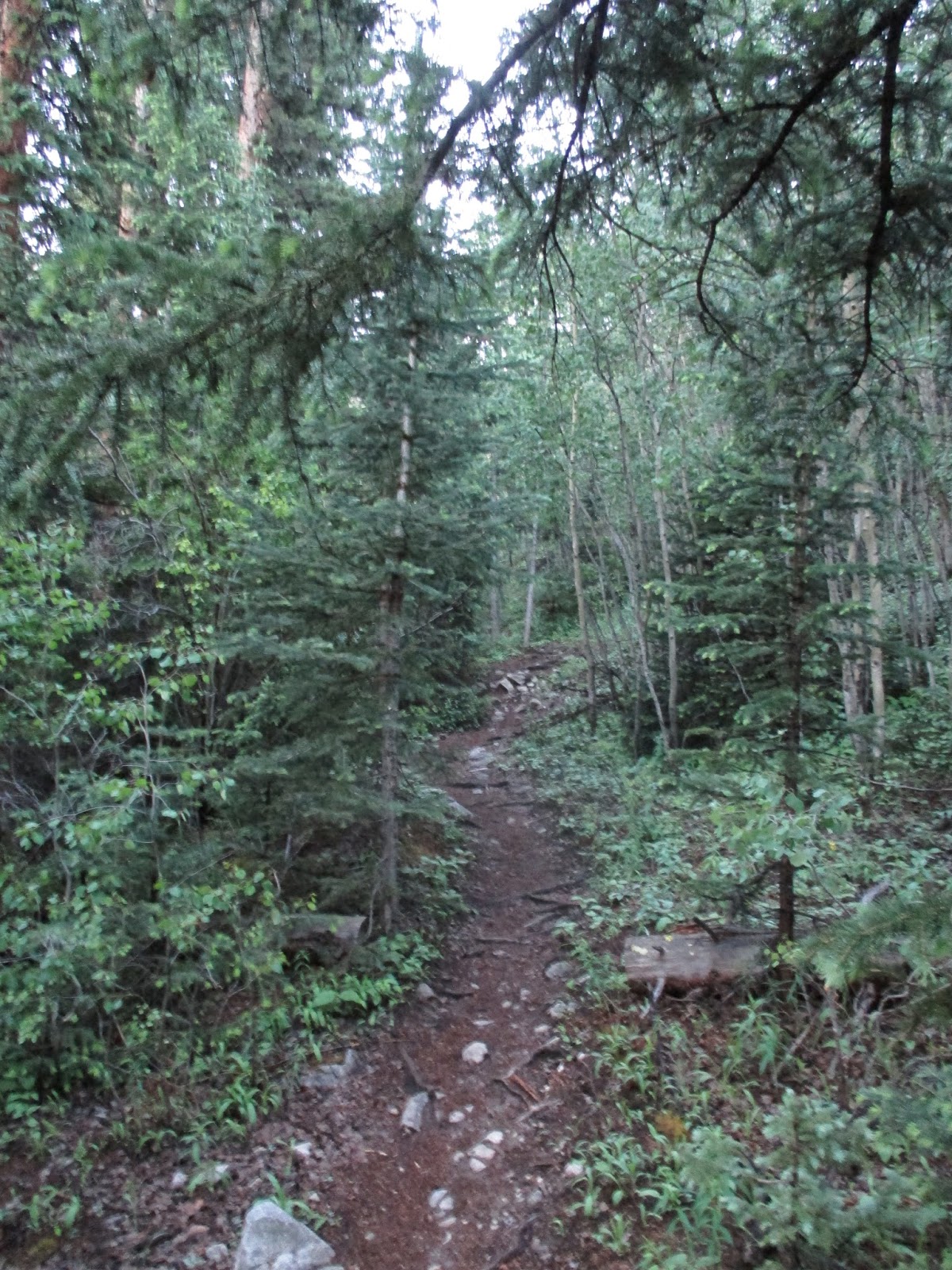 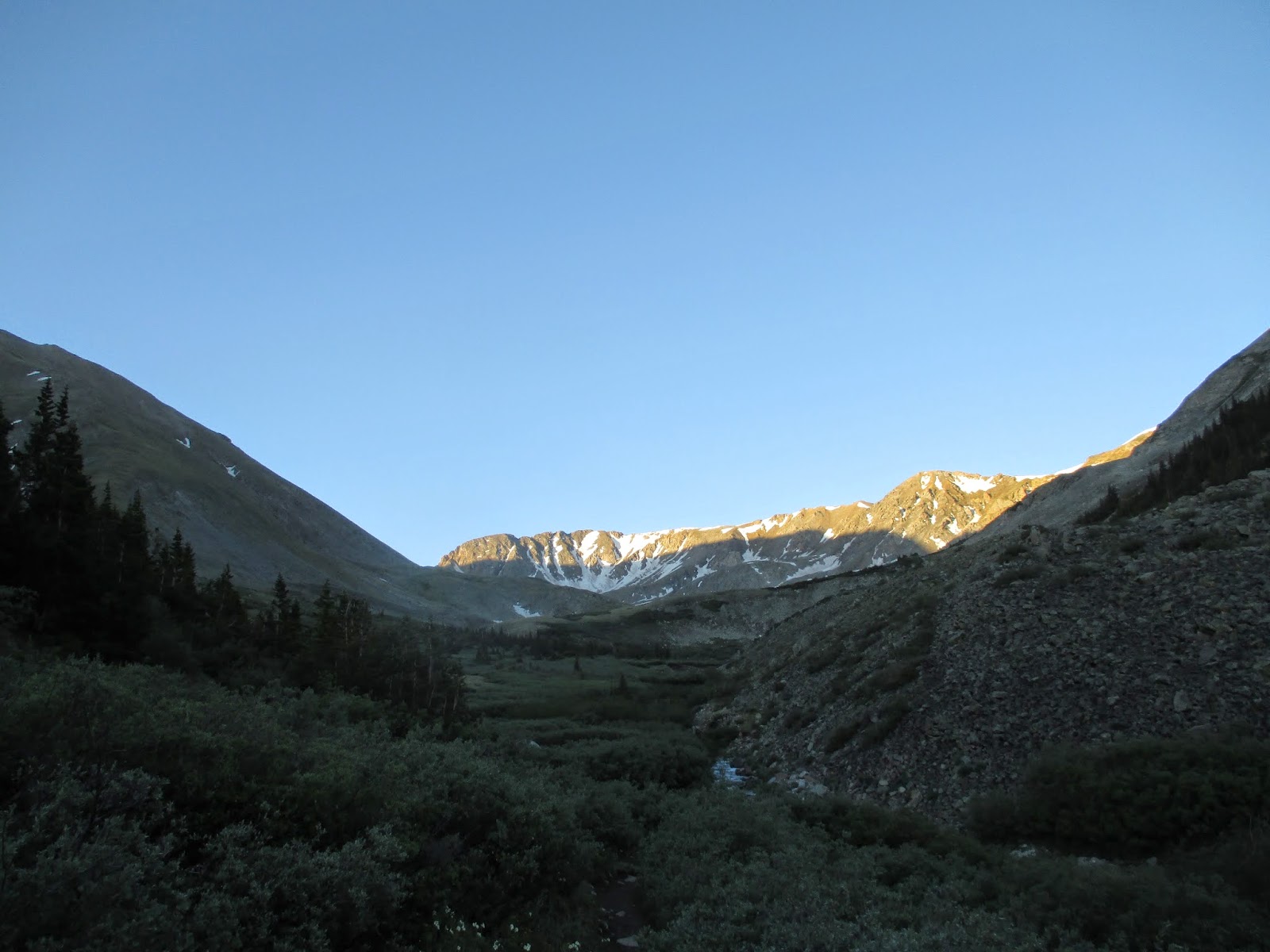 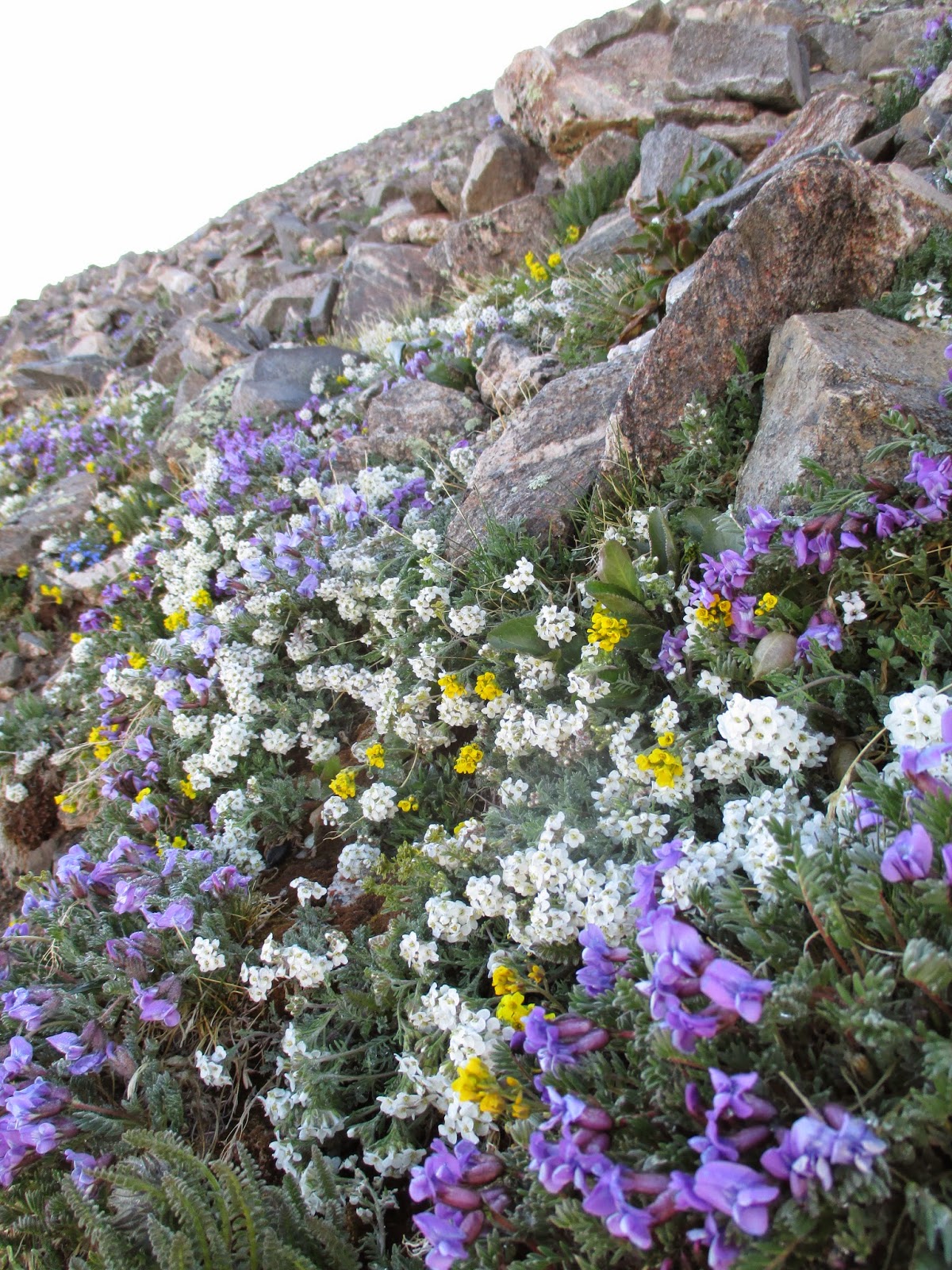 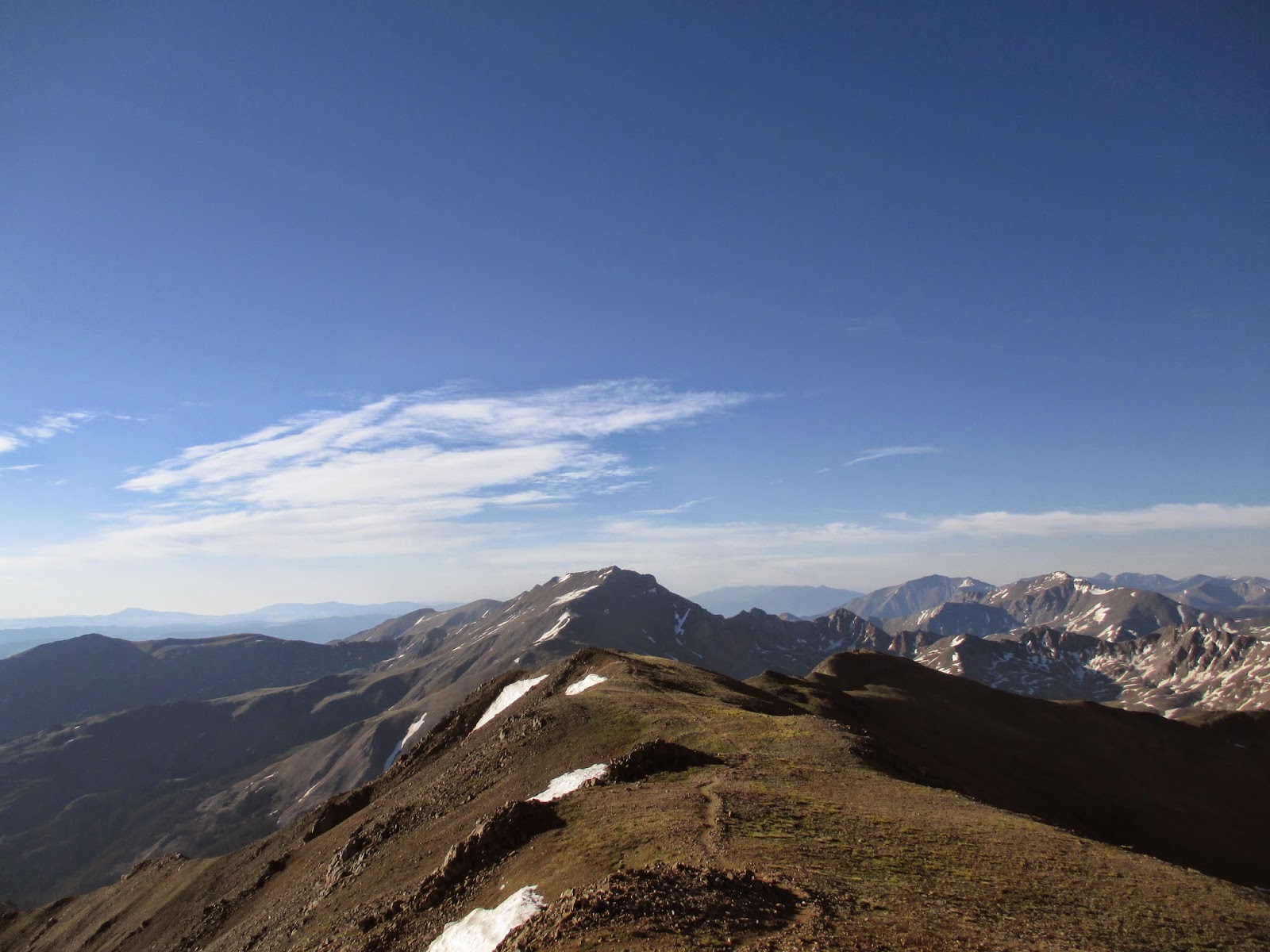 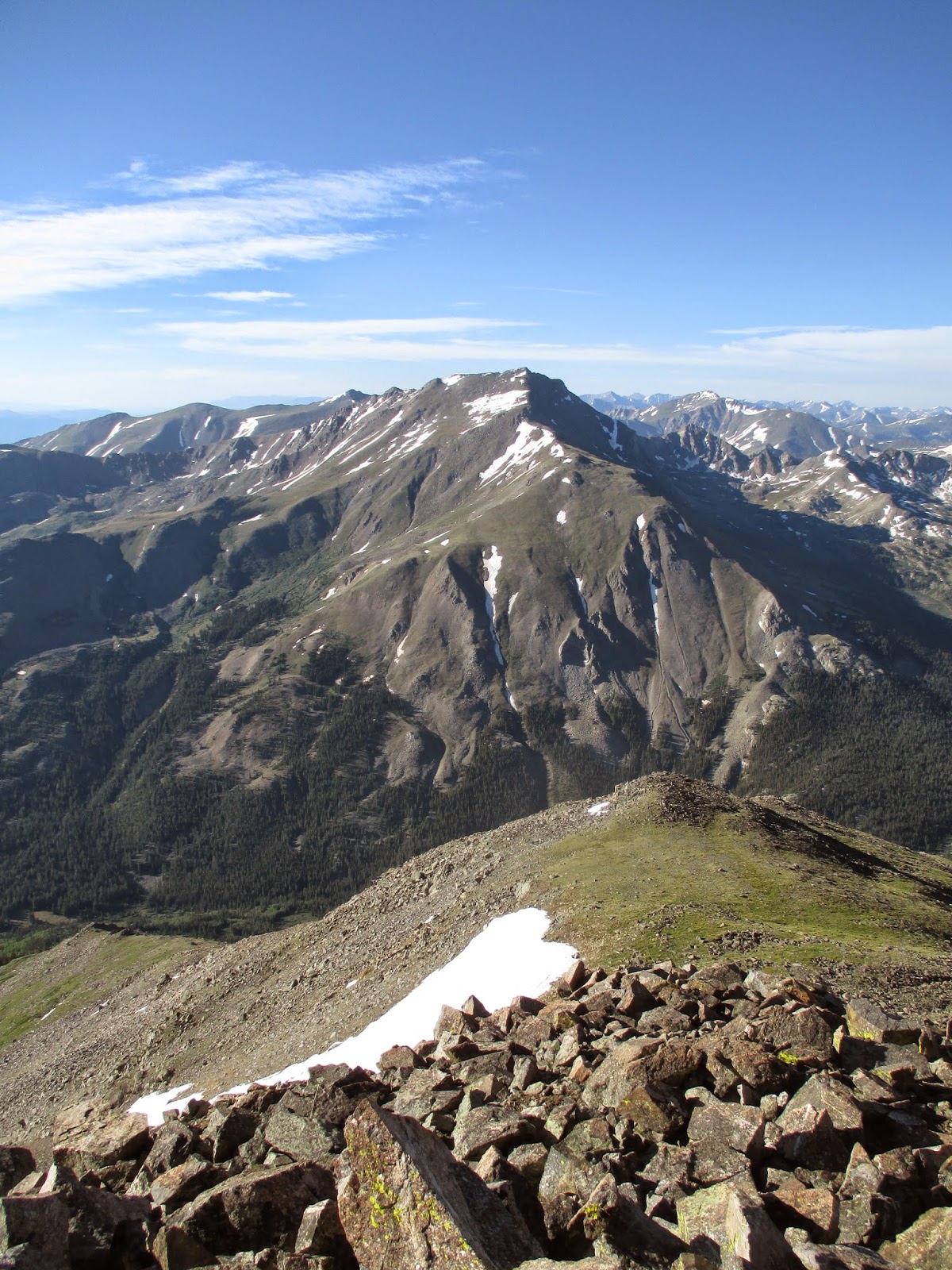 Summit of Oxford looking at Harvard - just drop the ridge... 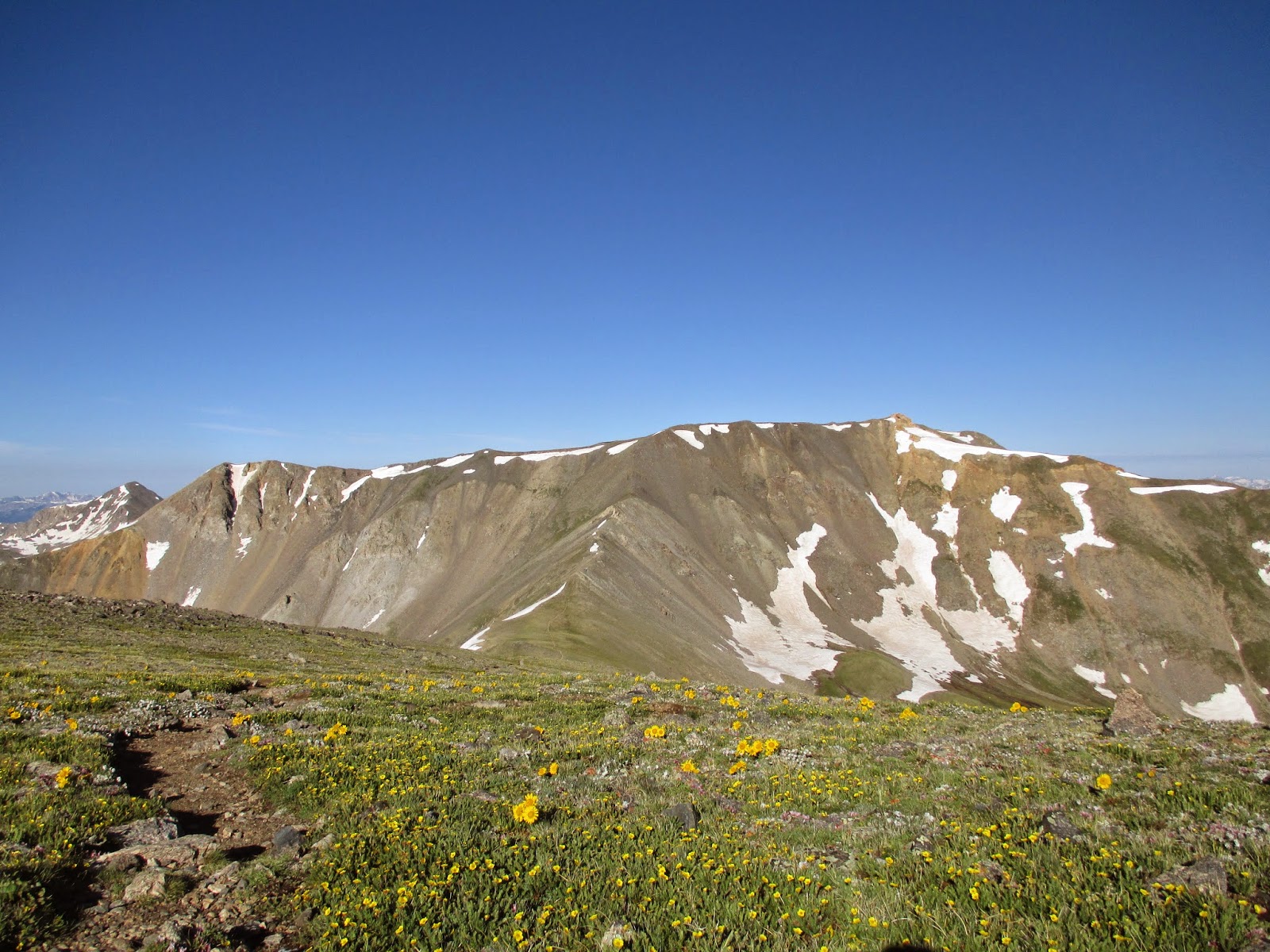 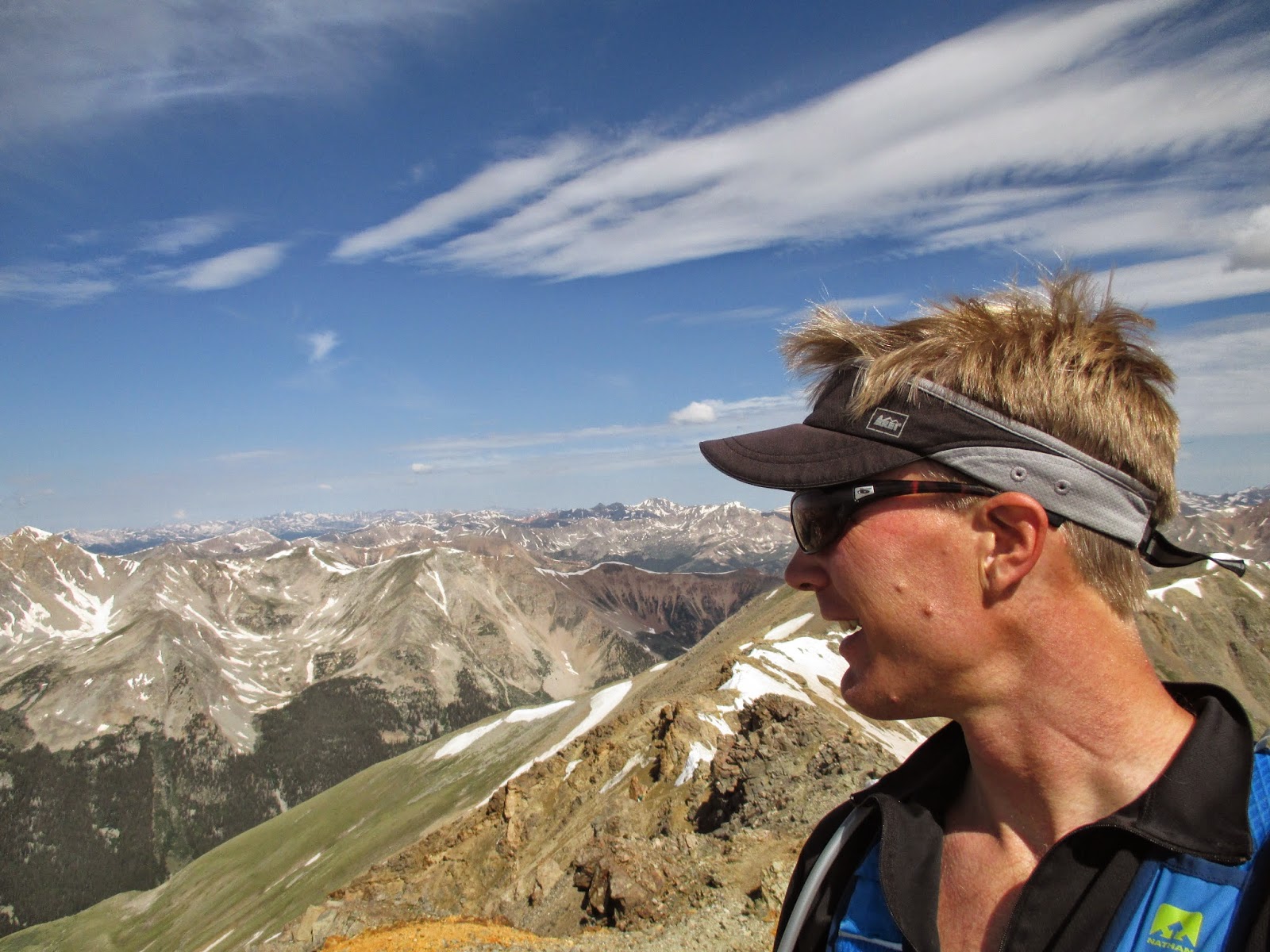 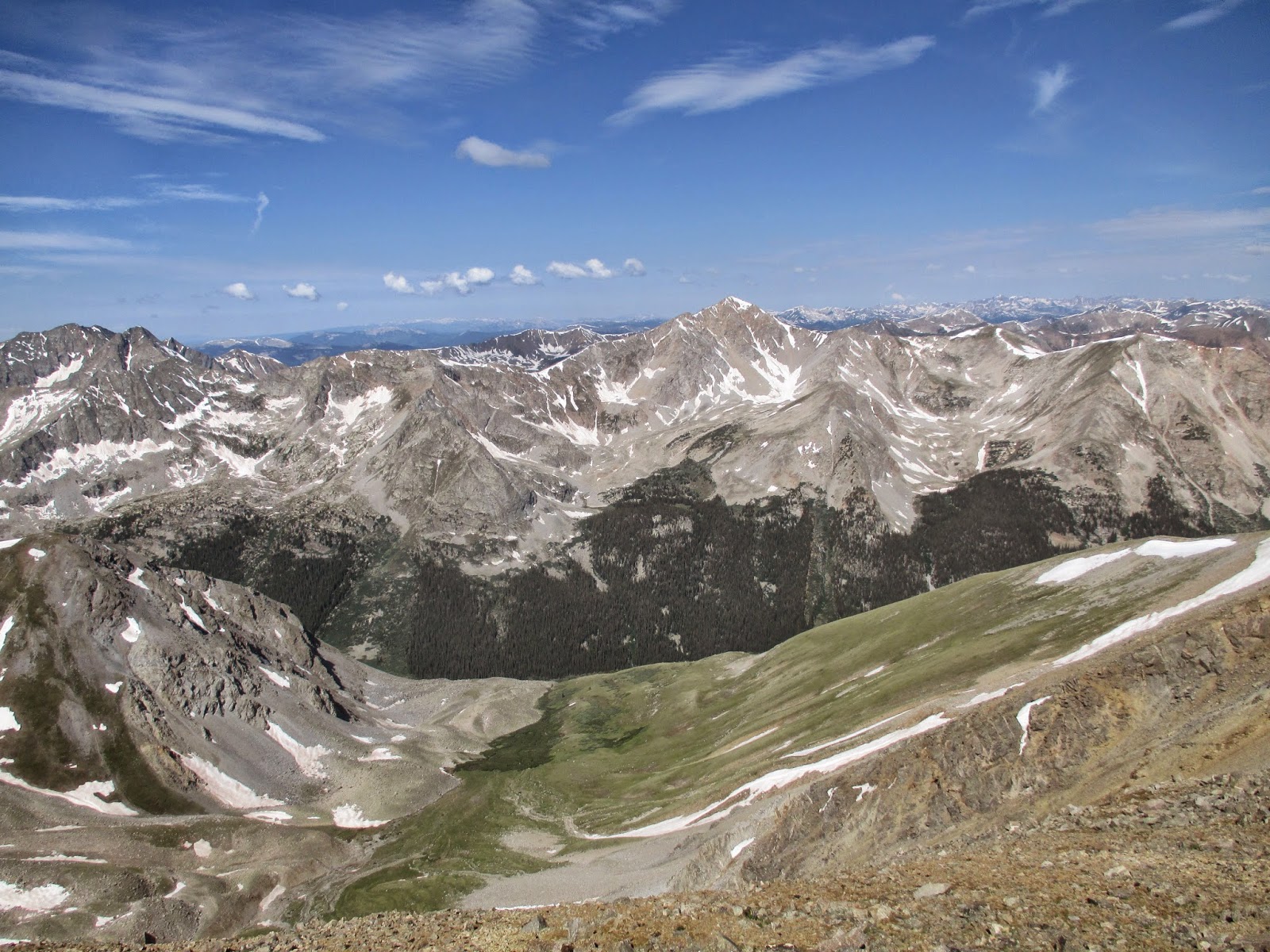