Well, winter rolled in with a vengeance this week. On Monday I was running laps at Red Rocks, where I started in shorts and a t-shirt but finished with a jacket and pants. The arctic blast was forecasted to roll in Monday at around noon, but early Monday morning it was warm and sunny. I went for a quick 7,000' of gain on the Red Rocks loop, hoping to beat out the cold front. I didn't quite make it, as I watched in awe as the cold air first rolled into Denver and down Cherry Creek - a moving blanket of clouds and visibly cold looking air. After it reached south Denver, it backed up and started to come around Green Mountain, rising up and over the hogback. Then, on my 13th lap a brisk wind picked up and within a half mile it went from 60 degrees or so to around 30. I tucked tail and did one more lap before calling it quits. 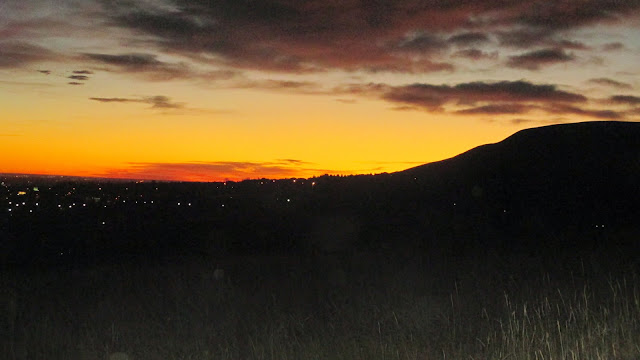 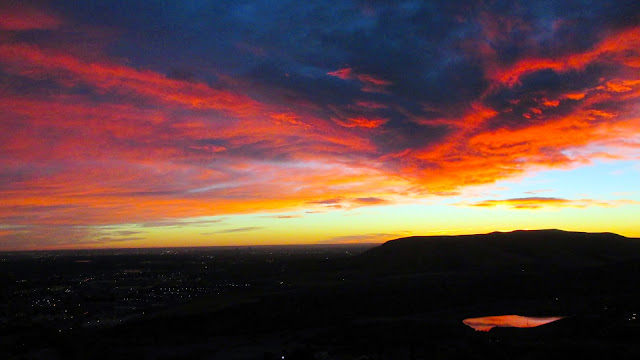 Sunrise from on top of the local mountain. 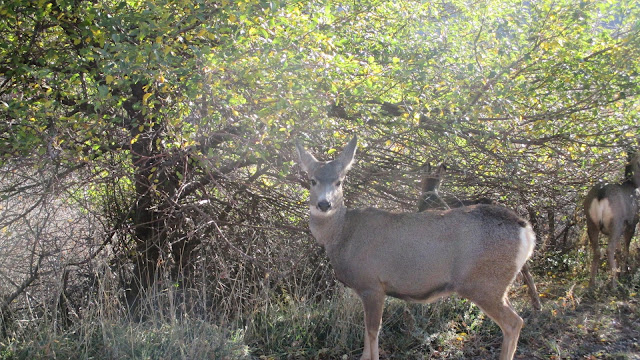 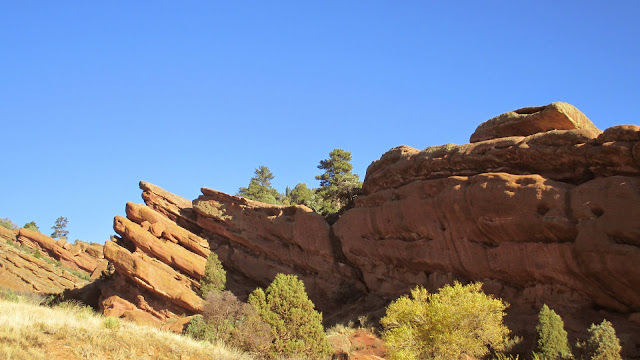 I ran across an interesting article the other day that may be a nutritional breakthrough for endurance sports - ketone esters and nutritional administration of ketone bodies. As the article explains, the ketone diet works, but only if you are working at a fairly low effort level. There doesn't seem to be any scientific evidence that a ketone diet works for effort levels above 70% or so. However, there may be some benefit to utilizing ketone bodies for energy supplementation during exercise. But how does one utilize ketone bodies without going into starvation mode, which is really the only way the body produces them? New studies indicate that scientists may have come up with a synthesized ketone body that is bound to an ester which allows it to be stable, while still being able to be broken down in the stomach. Yes, a ketone body milkshake is coming soon. The science is still out on whether this type of fueling will prove to be beneficial or possible, but it is very intriguing, especially for endurance athletes as it may not upset the stomach while still providing a steady and reliable source of fuel. You can read the article here (and the article they reference concerning the ketone milkshake here).

Ran up the mountain this morning. Radio said it was zero degrees out, and I would believe them. It is that time of year again... 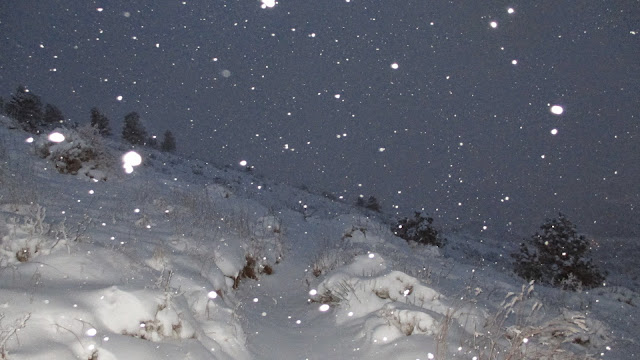 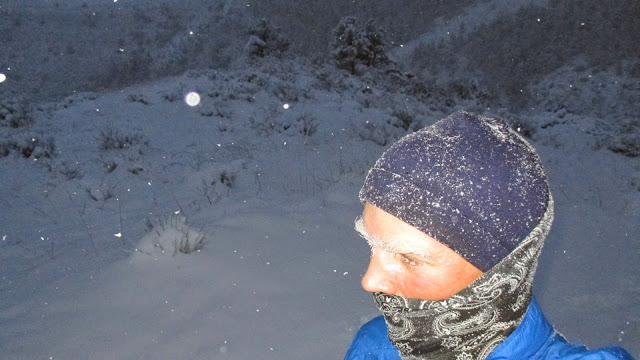 Looks like the UTMB is no longer associated with The North Face. I'm sure it is all about the financials, but an end of an era nonetheless. Here is to hoping that the new partnership with Columbia Sportswear Company is just as beneficial.

There are two new 'zines out that I really like. The first, Like the Wind, is out of the UK and is really nice. Not your typical runners magazine, but rather a cool, art focused graphic book with stories, art, photos, and more. No ads, just page after page of really creative content. The other is Meter by Tracksmith. Again, a solid magazine, but in full newspaper print size, with double page photos, art, and excellent writing. Both of these two magazines are hands down more interesting, creative, and cool then anything I've seen on the market. Really inspiring. I wish there was something similar for climbing. 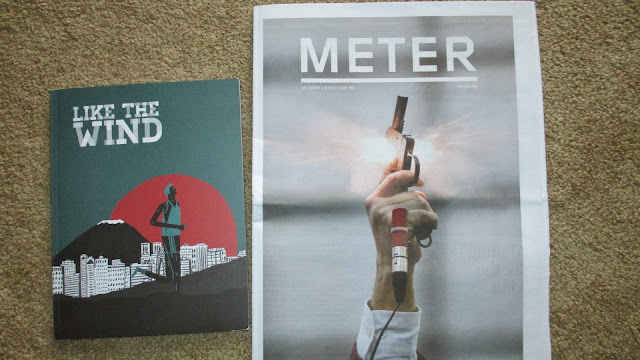 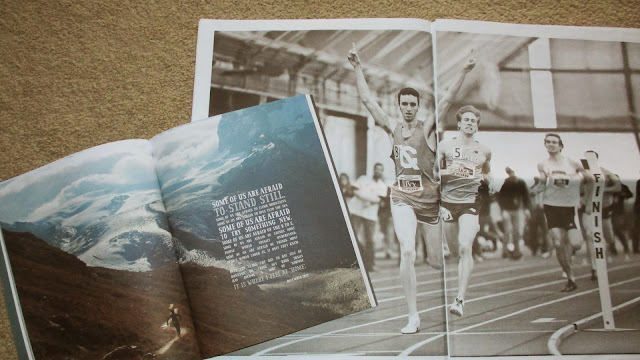 Two great endurance events took place over the past two weeks that really embody the sport. First is the new FKT on the Zion Double Crossing set by Craig Lloyd and Jennilyn Eaton on November 7 in 24 hours and 50 minutes. The Trans-Zion seems like a great run, almost better then the R2R2R these days, but the Double is just amazing. Just six days before, here in Boulder, locals Adam St. Pierre and Henry Schliff completed 24 hours of Mt. Sanitas. Wowza! They pulled of 28,000' of climbing and 70 miles during that time. Here is Adam's report, and here is Henry's. I really dig these types of efforts - low key, no publicity, just people out there pushing the limits really for their own personal reasons.

I've done my share of winter climbing and mountaineering, having summited a couple 17,000' and 18,000' peaks. However, the 8,000 meter peaks are an entirely different animal. Now imagine trying to climb one in the winter. Talk about suffering. This video really got to me. I really felt the raw human emotion in this video, especially at the end. You may not even care about climbing big peaks, but I think anyone who has pushed themselves to the limit can feel how stripped down these two climbers are.