Running Camp Coming to a Close

Running Camp Coming to a Close

Well, as things wind down and my time on St. Thomas comes to a close, so does my so-called "running camp." Overall, it has been a great disciplined practice that I know I would not have undertaken if I was back in Colorado. Every other day is a speed day down at the "track" on Magen's Bay. In between I run a brutal hill route that involves 2,700' of gain and 9.25 miles. The hills here are steep and short, so there is a lot of up and down, which I am hoping translates well when back in Colorado, where most hills are much longer. The speed sessions revolves around a 3.25 mile warmup before alternating between short and long efforts. The short efforts alternate depending on whether I'm running clockwise or counter clockwise based on where the gates are placed, which I use as my markings. Clockwise my times seem to hoover around .50 seconds, with a PR of .47 seconds. On slow days, it bumps up to .54 seconds on my slowest effort. Counter clockwise the times are 1:30 to 1:34. I've done 13 speed sessions total and although my times have not dropped significantly (but they have come down from my initial times), my ability to do them and the level of pain and suffering involved has diminished. The last speed session was the best, as I came into it rested. For the first time I felt like I could really drive and grip the ground on each step as I pushed. I could feel my entire leg working in a unified manner, which was really cool. This is when I got my .47 second PR.

The between short speed attempts I do a longer speed lap that hoovers right around 2:40-2:32. These longer speed attempts have not seen the drop in time as the shorter ones have. I run them at a fairly good pace - 5K or under pace - but I can't seem to drop the times. I do feel stronger during the attempt, but the time seems to stay the same. I guess it takes longer to develop and bring down this longer speed time than the shorter all out efforts.

Three more speed sessions left before returning home. Can't wait to start incorporating back in longer runs, as that has not really been possible while on island.

Ultrarunners are used to walking/speed hiking during long races. The switch between running again and continuing to hike/walk is always difficult - you want to keep hiking but know that you can run the terrain faster. I've never really thought about the process much before, simply working with my mind to get my legs to start running again. Turns out, according to a new study, that the entire shift from walking to running takes place in one single step! That is good to know mentally - it is only a single step and the transition from speed hiking to running is done.

Some sunset photos from the other night... 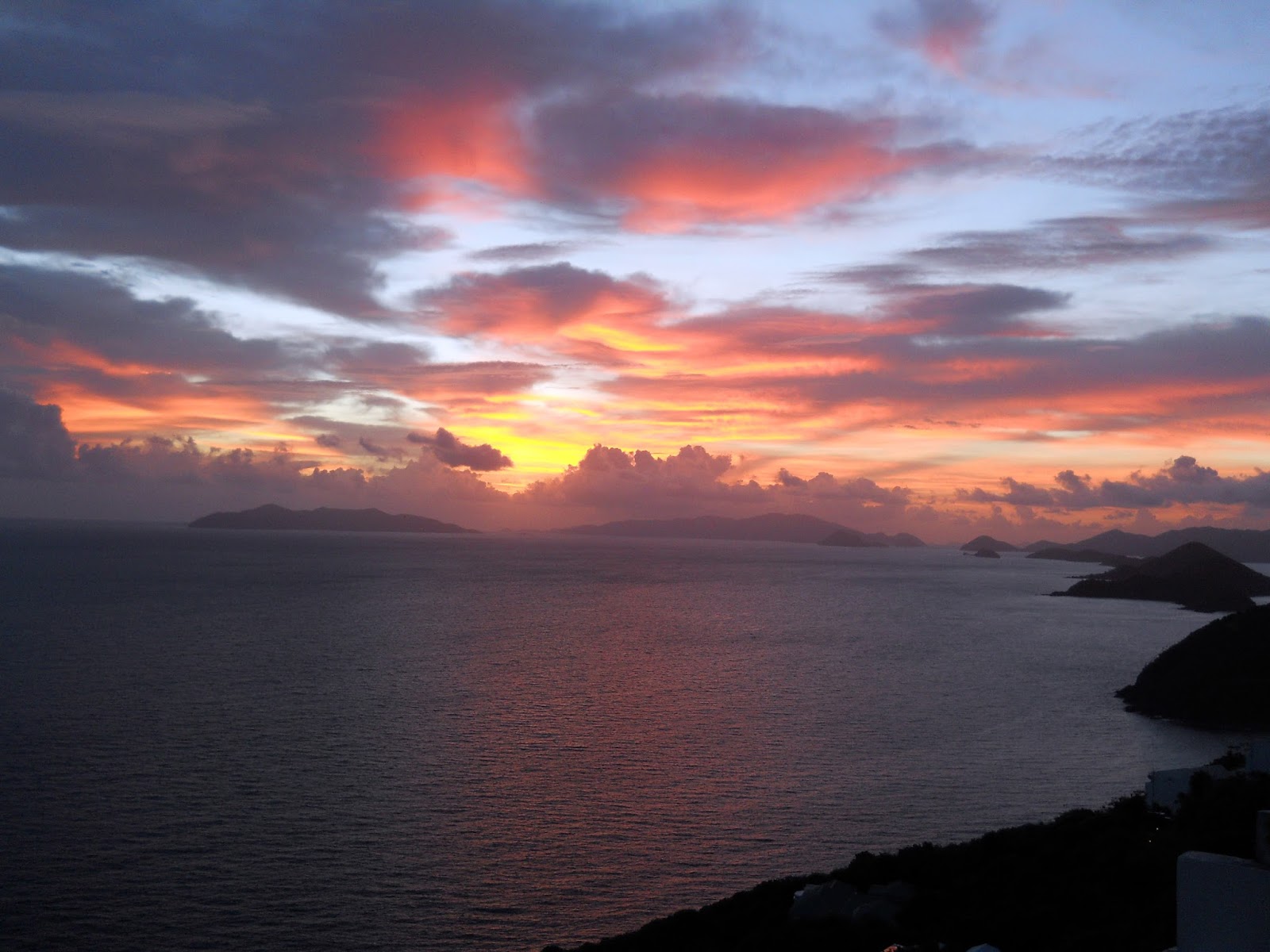 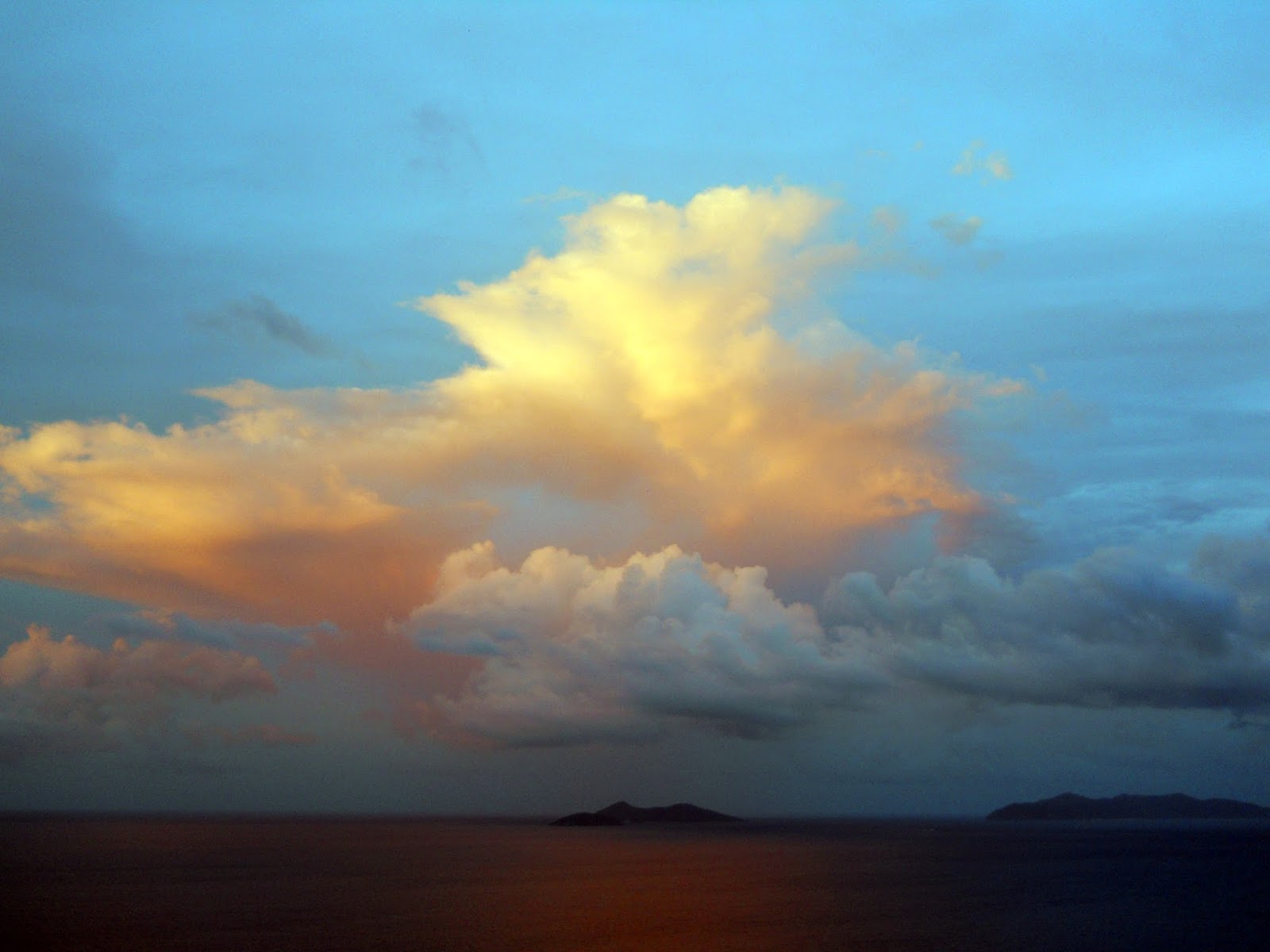 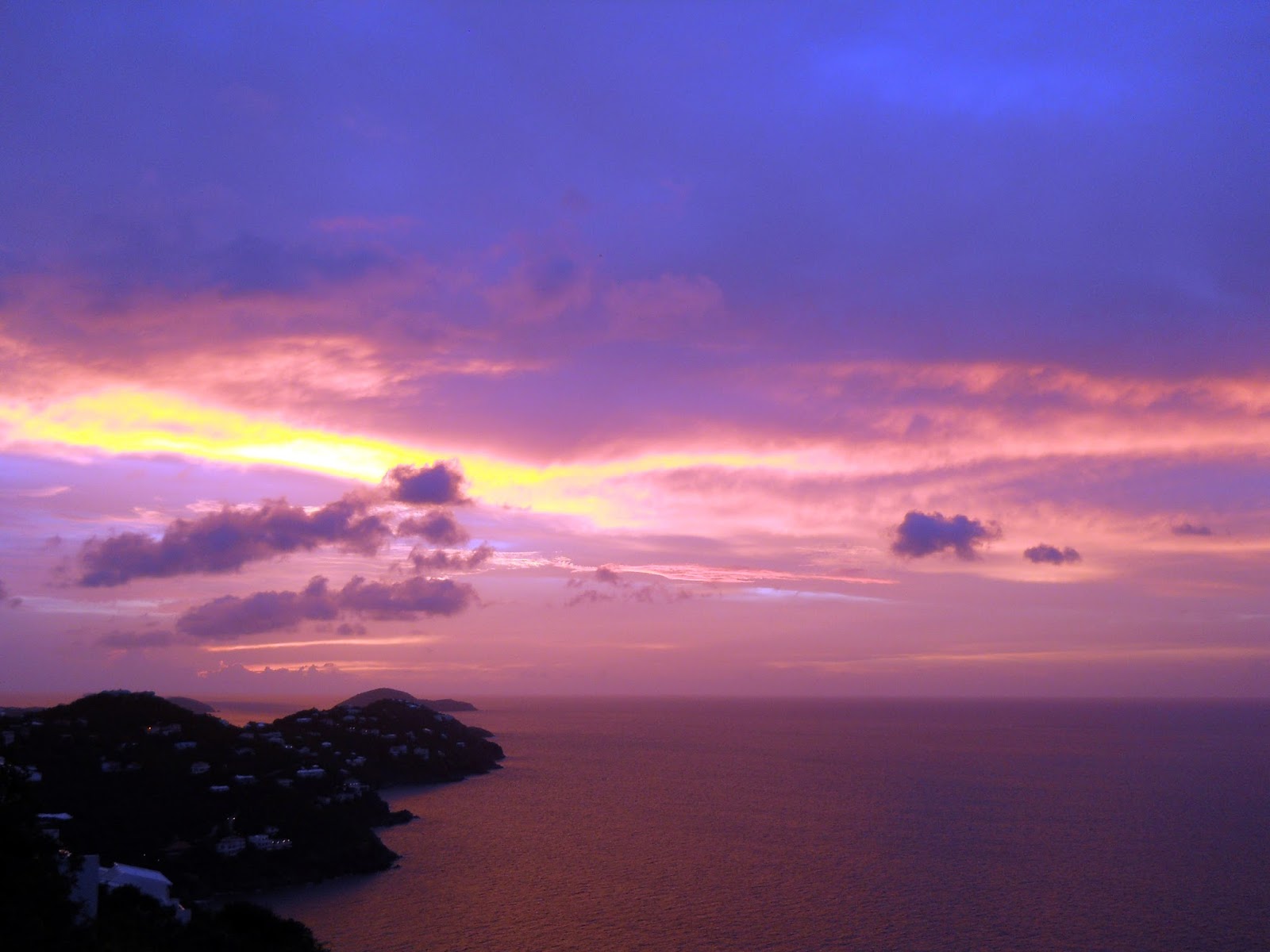 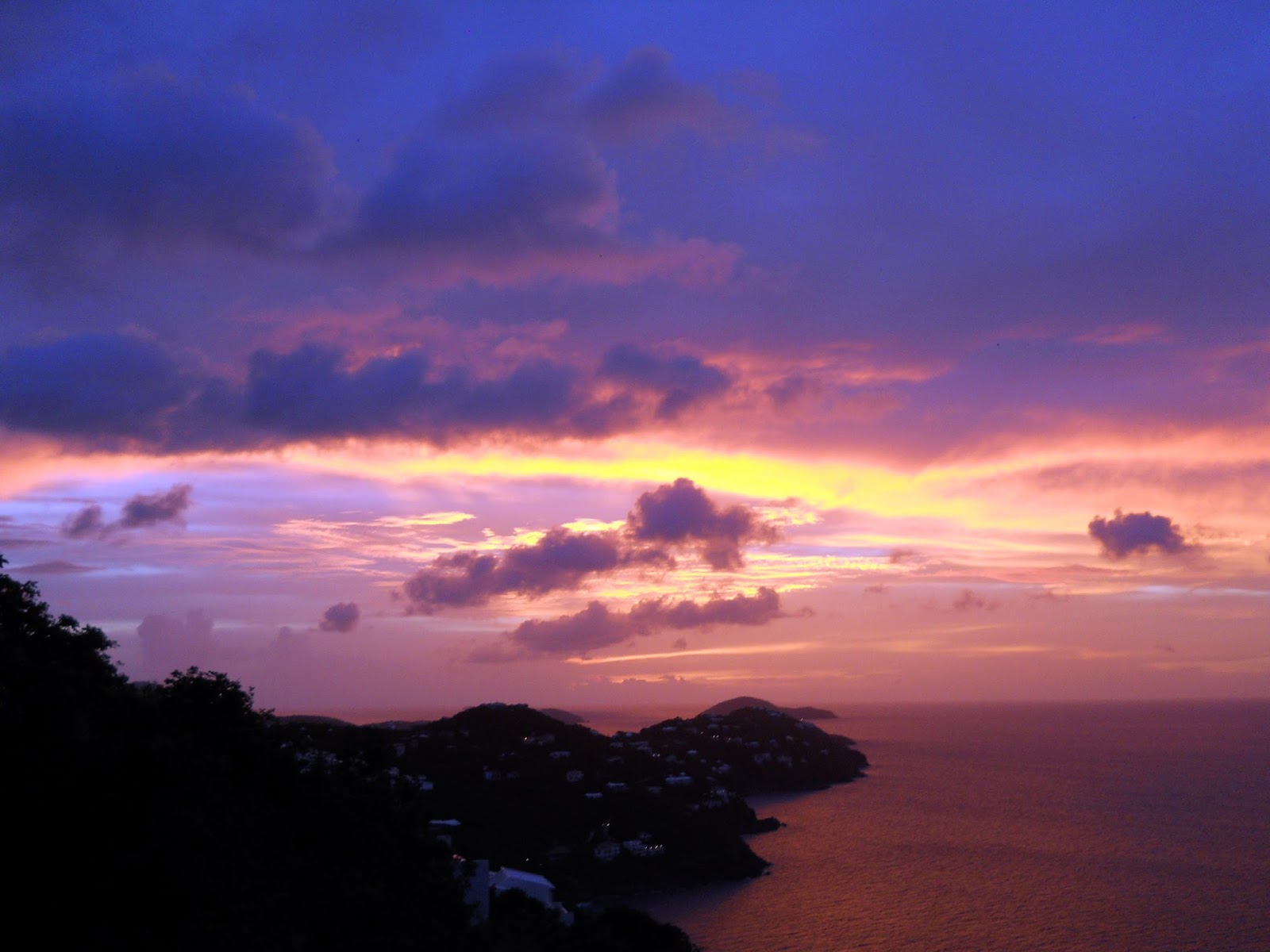 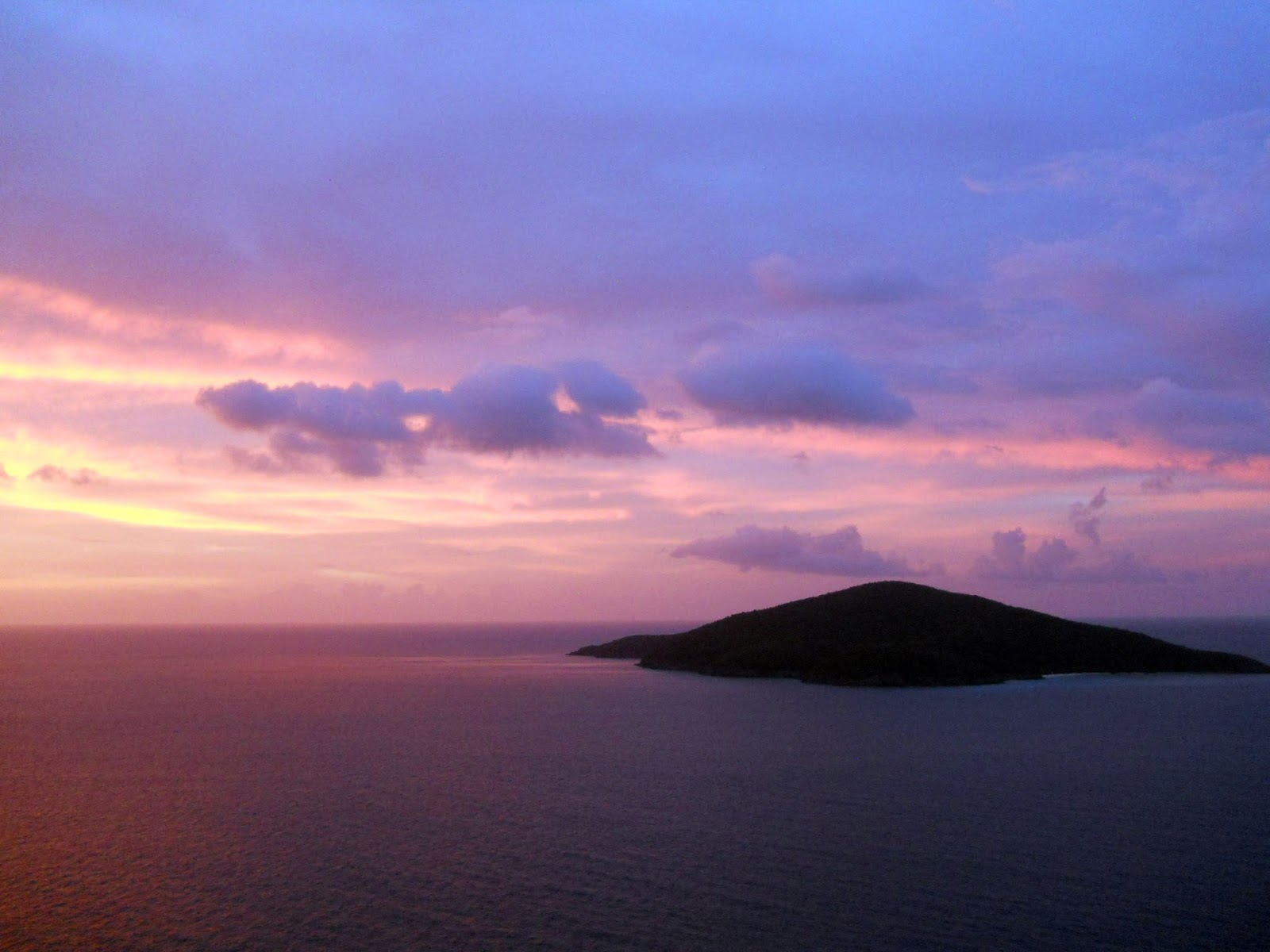