Well, sometimes things don't go as planned, and you have to suck it up and roll with the punches. I had big plans for this weekend, and was pretty psyched to get after it, but then things quickly changed and I had to deal with it. Originally I was to give Nolans a second attempt starting on Friday with the big group, but near the summit of Elbert I noticed that my back was wet - more so then from just sweating. A quick check at the summit showed that my bladder had sprung a leak at the seam. No problem I thought, I'll just have to deal and make my way down to La Plata and grab one of the two back-ups I had brought. At La Plata Tara and I rummaged through the car, but couldn't find the bag with the extra bladders in them! This was devastating, as I was feeling good and had everything else lined up. There was no way to fix the leaking bladder, and with no reasonable method to carry water, I had to make the tough call to bag it. I was really disappointed. When I got back home, there was the bag, sitting in the middle of the floor - apparently in the rush to get up to Leadville Thursday after work we had somehow missed that bag. A really stupid mistake that I will be kicking myself over for some time. A big congrats to everyone who gave it a go, and for Gavin McKenzie and Brandon Stapanowich for finishing the beast!

This was the first bladder failure that I have ever had, and my first "equipment" failure. It happens, but never to me - until now. I guess I've got another year to get stronger.

To make up for it, I went and did a version of Gondwanaland on Monday. Gondwanaland is the name some have given to the line that goes from Guanella Pass to Loveland Pass along the Continental Divide. The normal line tags six summits over 13,000'. I threw in a couple other summits along the way to make up for Friday. My goal on this line is to keep going and to complete what I am calling Pangaea, which continues on the Divide all the way to Berthoud. The conditions were not the best yesterday, with some cold, fierce wind and a bit of rain to go for the full route - the Divide has its own weather (and wind) as it is the natural dividing range for the North American continent. This line will be an instant classic once it is done in its entirety. If we get an Indian Summer, I might give it a go still this year, but it is looking like it will have to wait until next year too. So I ran over Square Top Mountain (13,794'), Mount Argentine (13,738'), Mount Edwards (13,850'), McClellan Mountain (13,587'), Edwards again, Grays Peak (14,270'), Torreys Peak (14,267'), Grizzly Peak (13,427'), Cupid (13,117'), and Mount Sniktau (13,234') before calling it a day. With the extra peaks, I finished the line in 5:12 in a decent pace, but without really pushing. The wind between Square Top and Edwards was incredible, and I ran/hiked as if in an old V8 commercial - with occasional gusts strong enough that I literally moved one to two feet east for each step north. It's a great line, with a touch of class 3 depending on your route, and being Labor Day I only encountered people on G&T and Grizzly - the 13ers are always so quiet.

Now to rest and see what happens for the Kite Lake Triple-Triple. 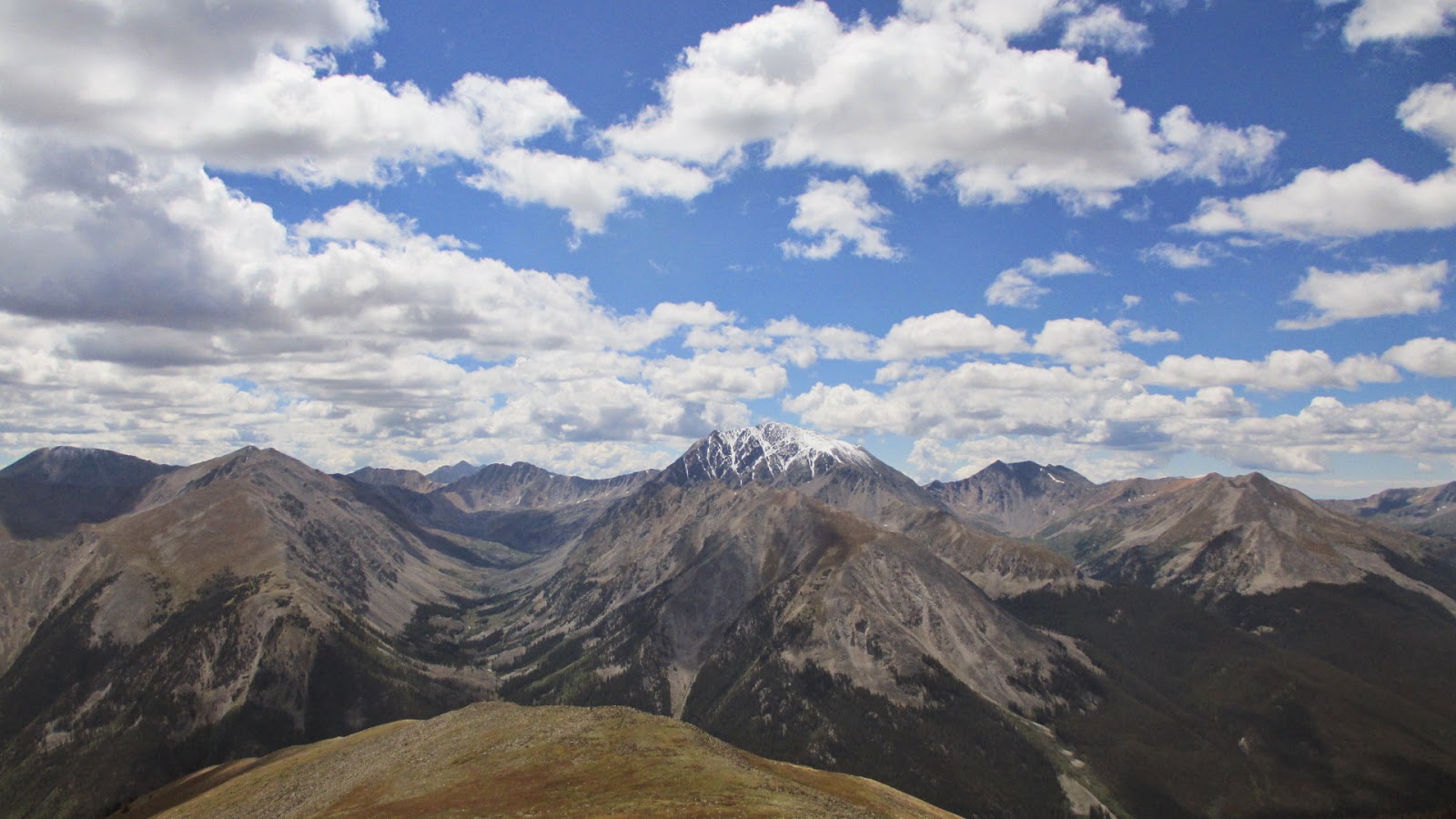 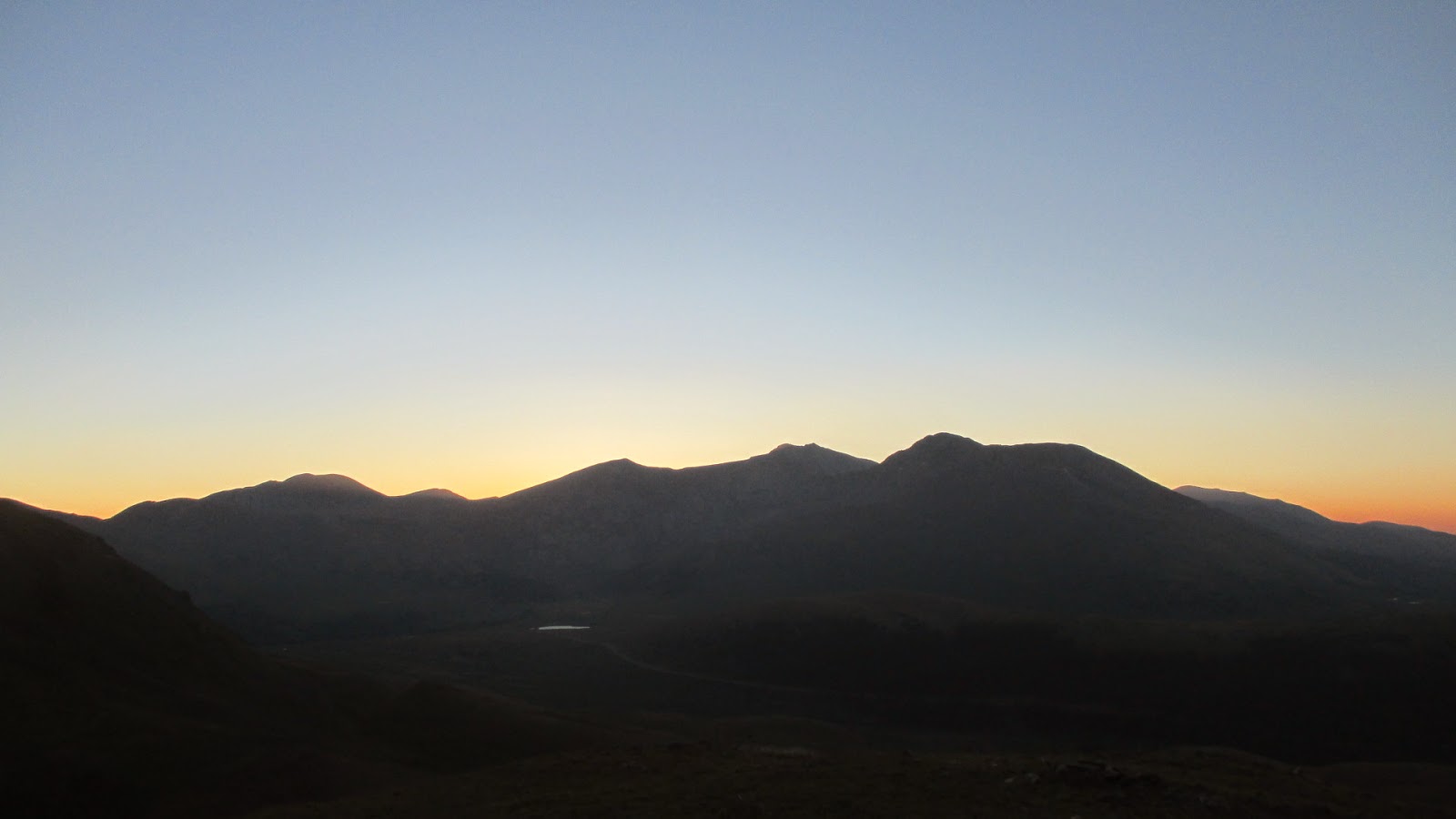 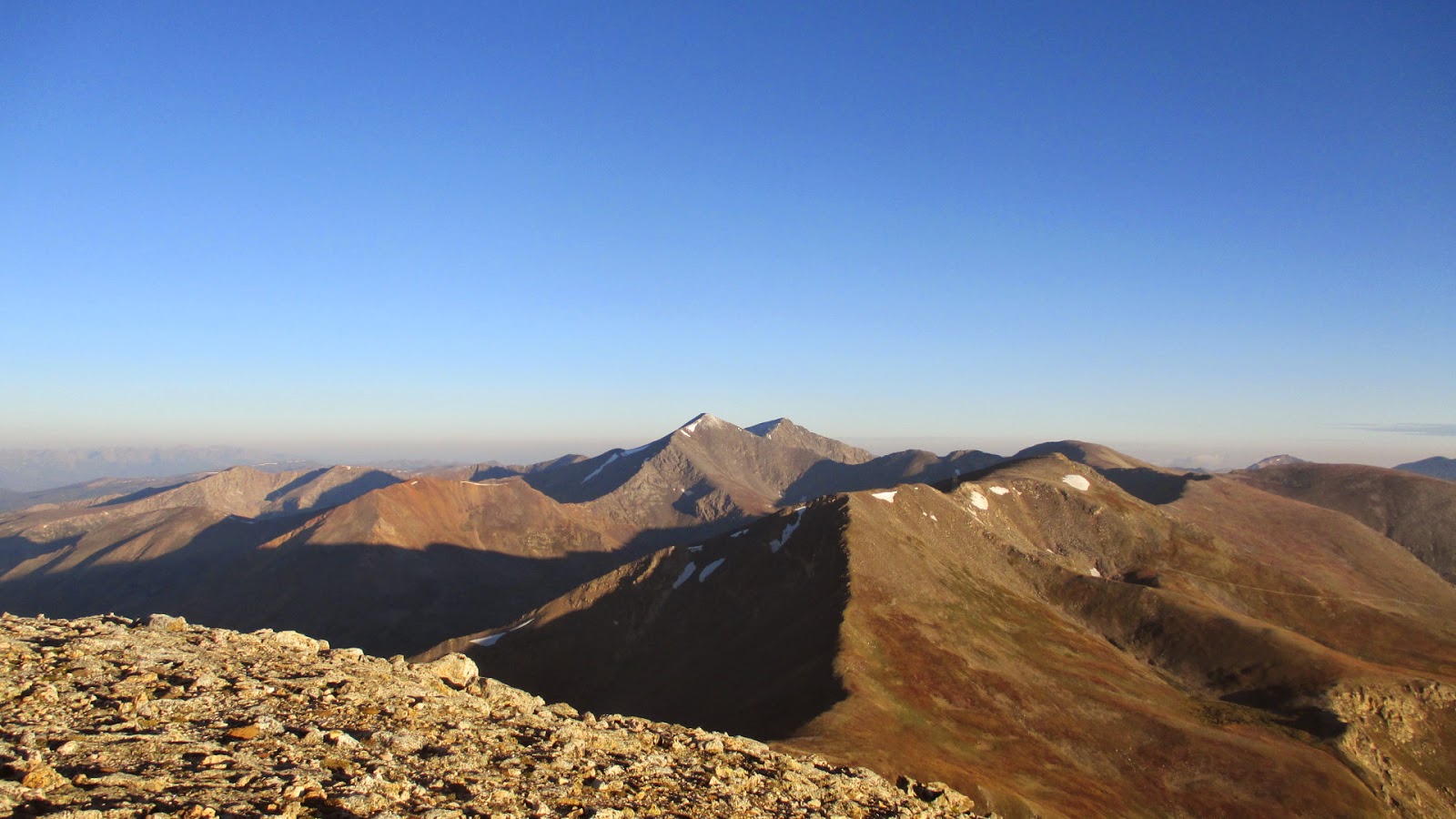 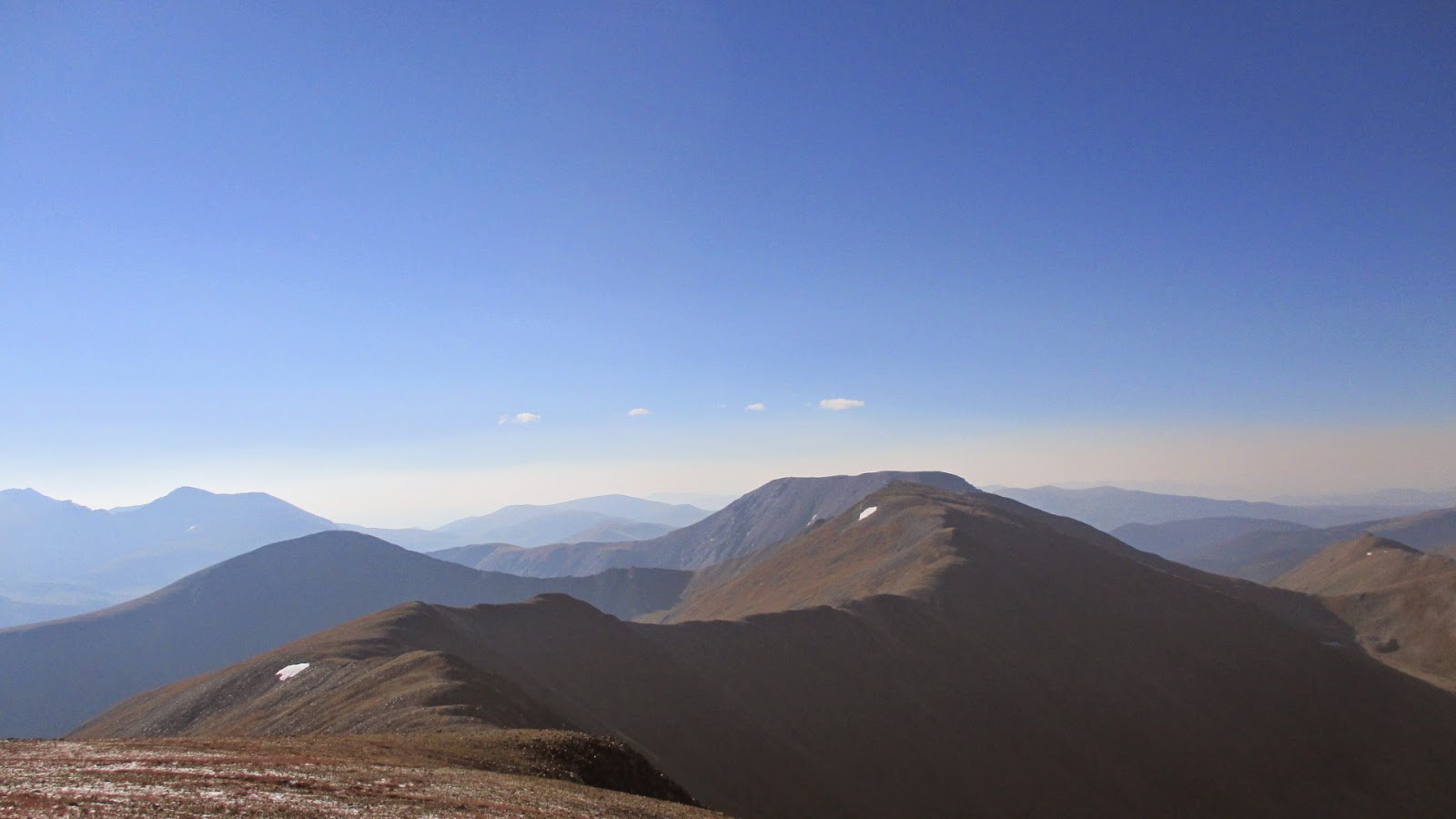 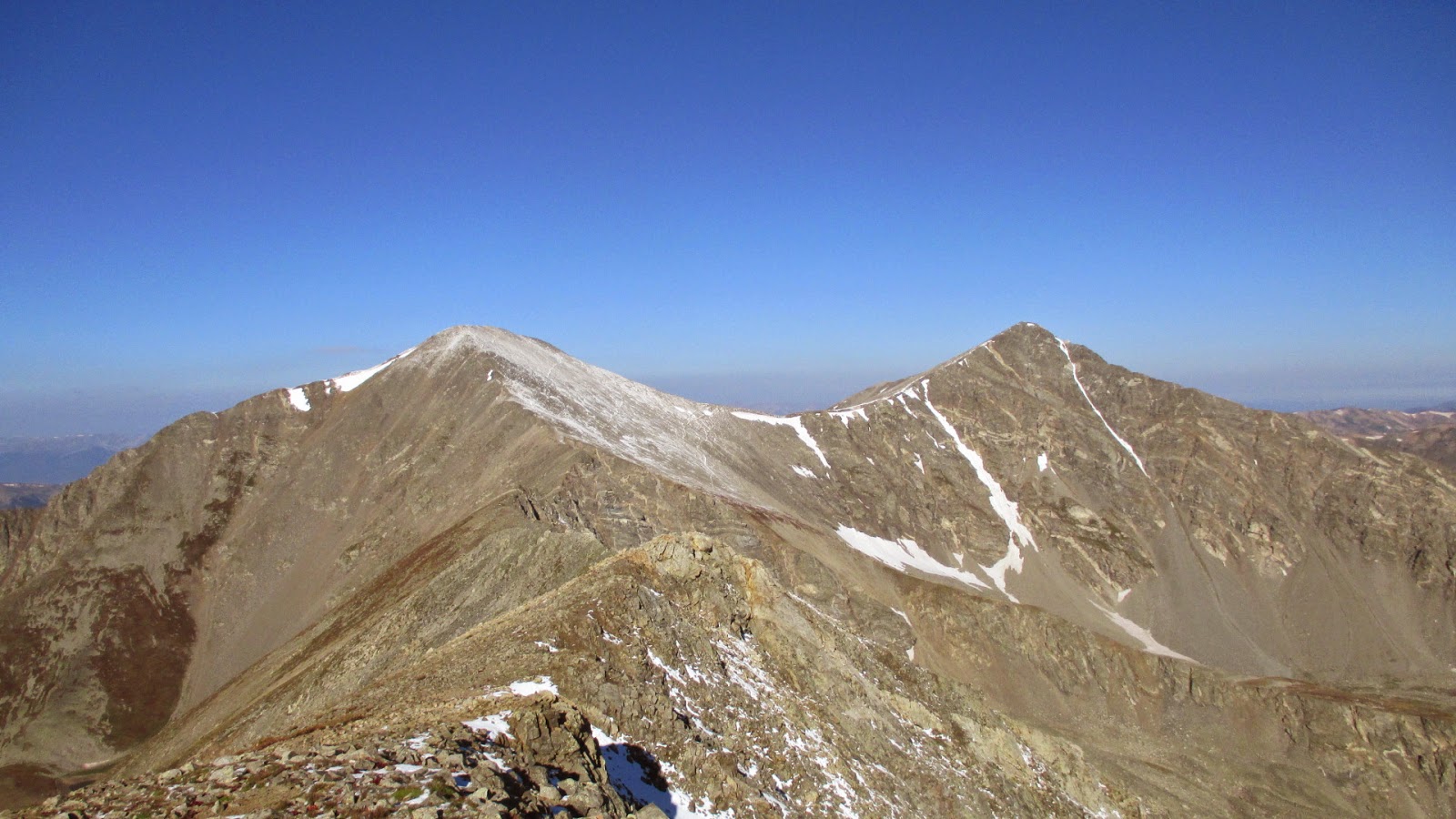 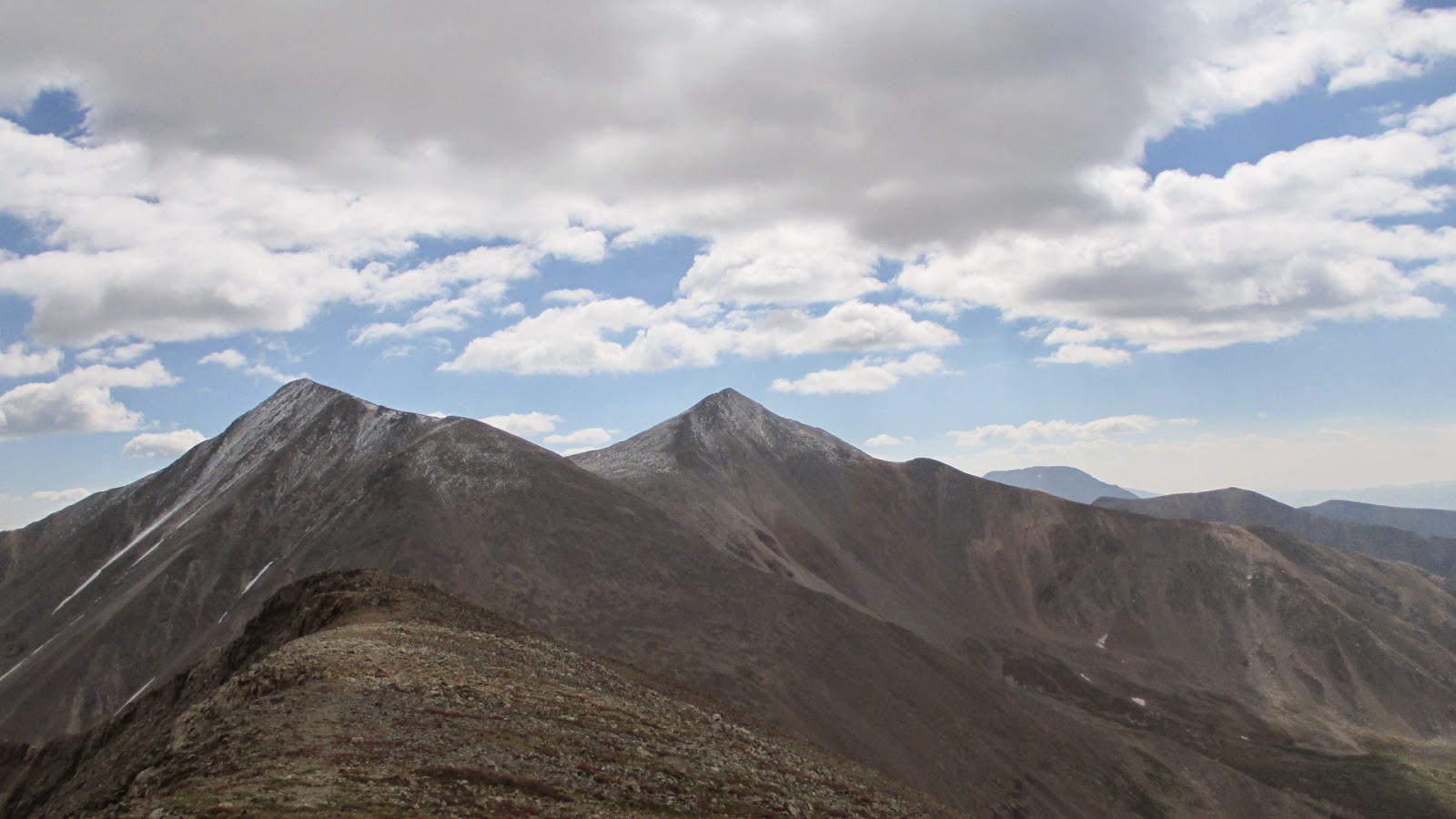 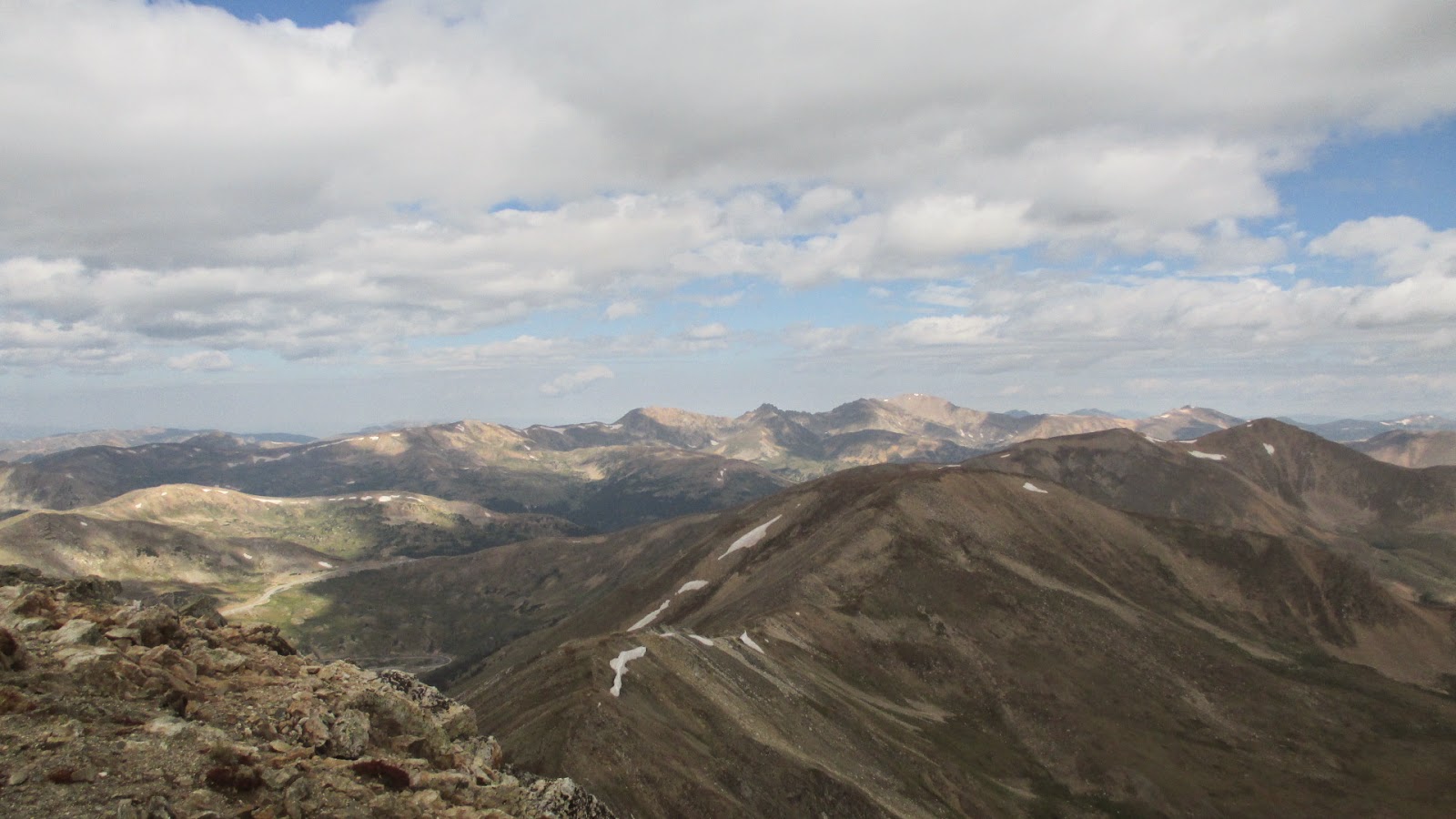