Early yesterday morning I got up for a fun ridge scramble on Pettingell's East Ridge. The original plan was to do the traverse over to the Citadel, but when I got up to the ridge the rain clouds were already present and I did not want to get caught on the ridge between the two during a rain storm. The ridge from Pettingell (13,553') to the Citadel (13,294') goes at solid class 4, and with no bail points, it is not the place to be when it is wet. Pettingell's East Ridge, however, is a classic class 3 ridge scramble that can be done quickly from Herman Gulch. Since I had to bail on going over to the Citadel, but still had some time and plenty of energy in the legs, I ran back across the ridge and then continued on the Divide over to Hassell Peak (13,215') for a quick tag before taking the Continental Divide trail back down and around to the car. I hadn't been on this side of the highway all summer, and forgot how remote and empty these 13ers are compared to the 14ers on the other side of the road. The East Ridge is fairly easy, with about 3 cruxes that can be negotiated either by staying directly on the ridge for some fun and airy class3/4 or by dropping down about 20' to the south. I stayed on the ridge most of the time except for one airy section of class 4+ where I went around to the south before coming back up to the ridge to tag the summit. Doing the ridge twice and then cruzing over to Hassell Peak is about 13 miles roundtrip with about 4,000' of gain. It took me 3:35 total time, including doing the ridge twice which is slower going then say Kelso Ridge or similar class 3 ridges in the area. 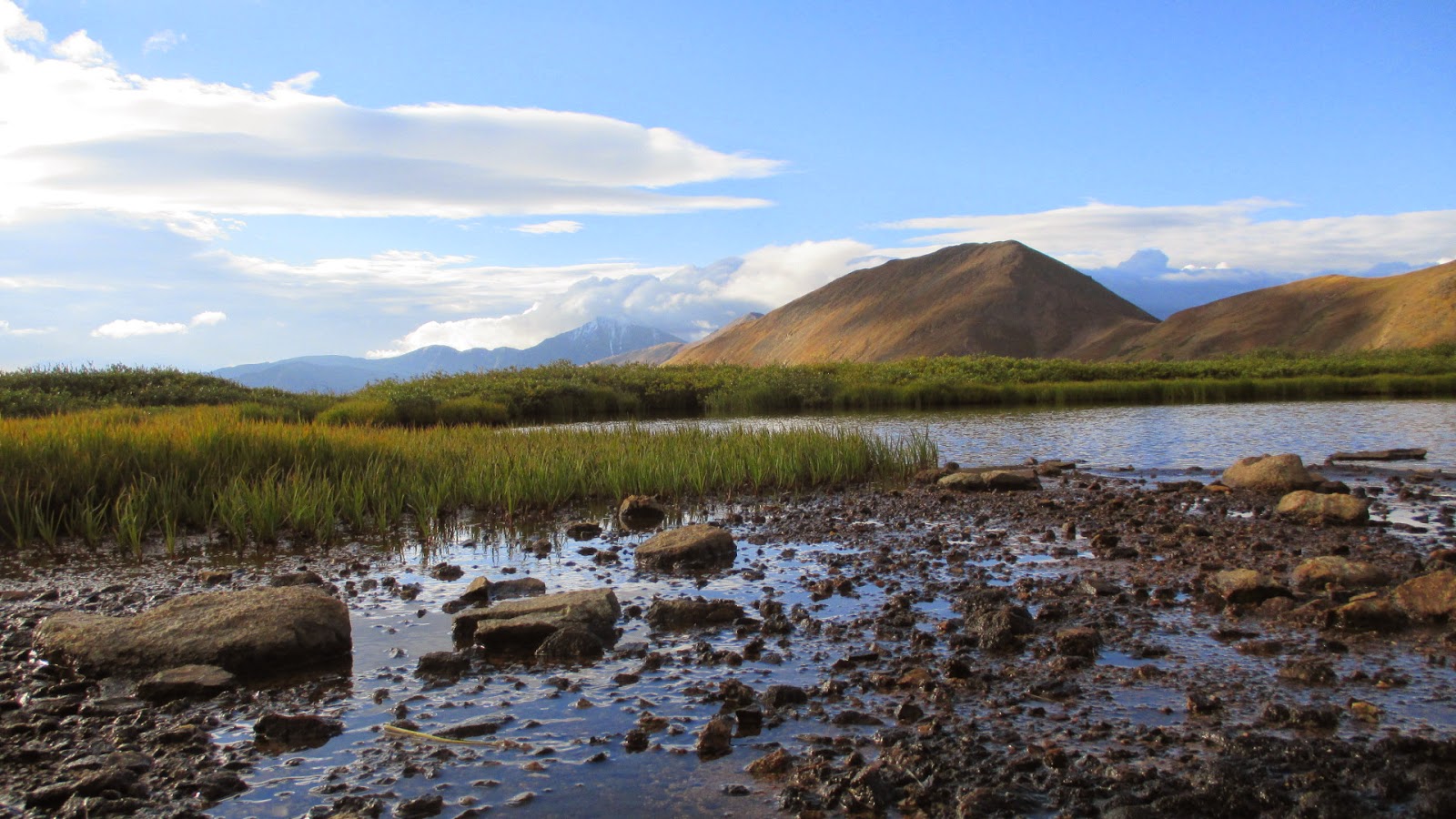 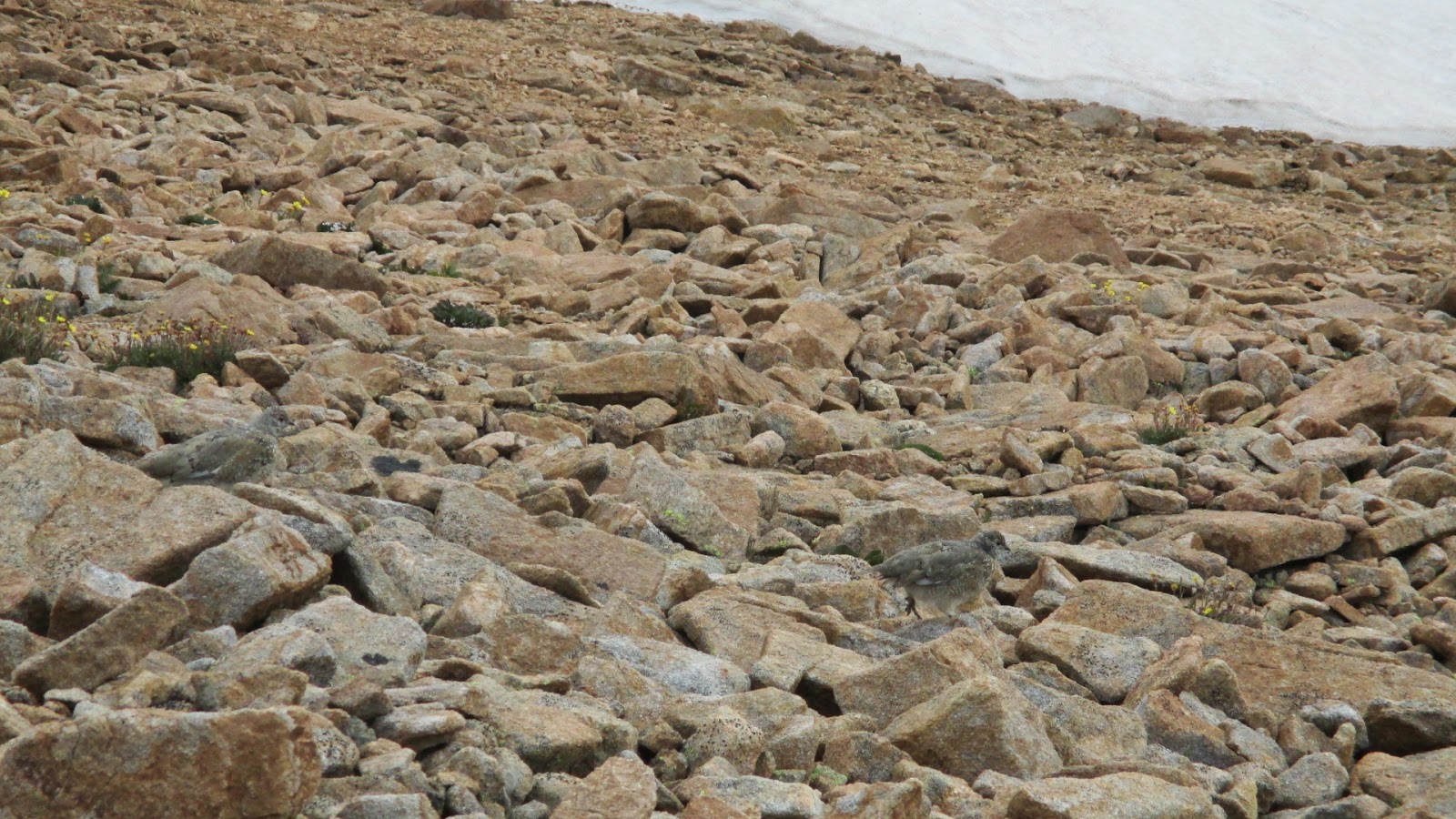 Ran into a ptarmigan family in the talus... I could only get two of the seven in the photo. 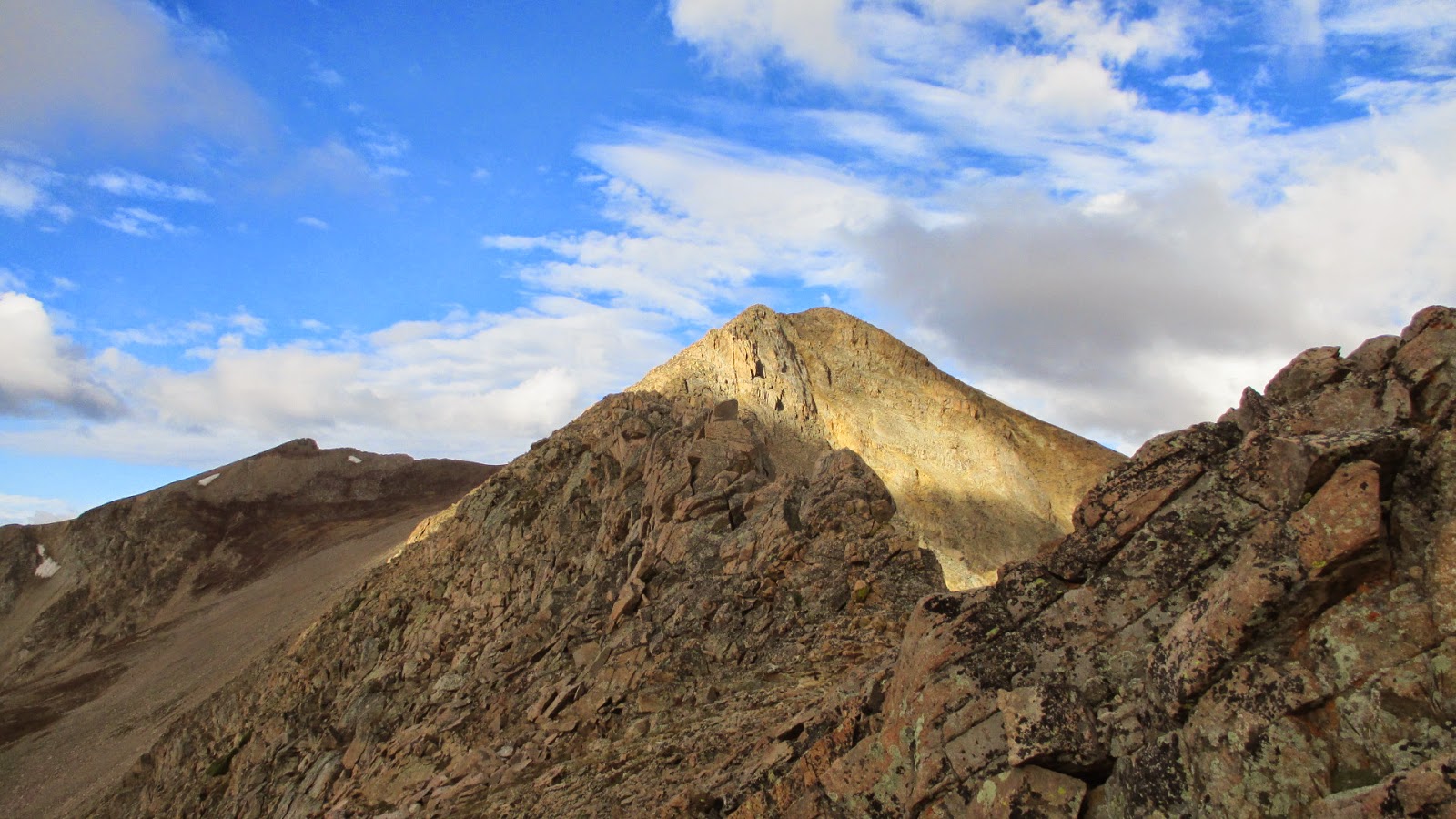 Looking at the ridge towards the summit. 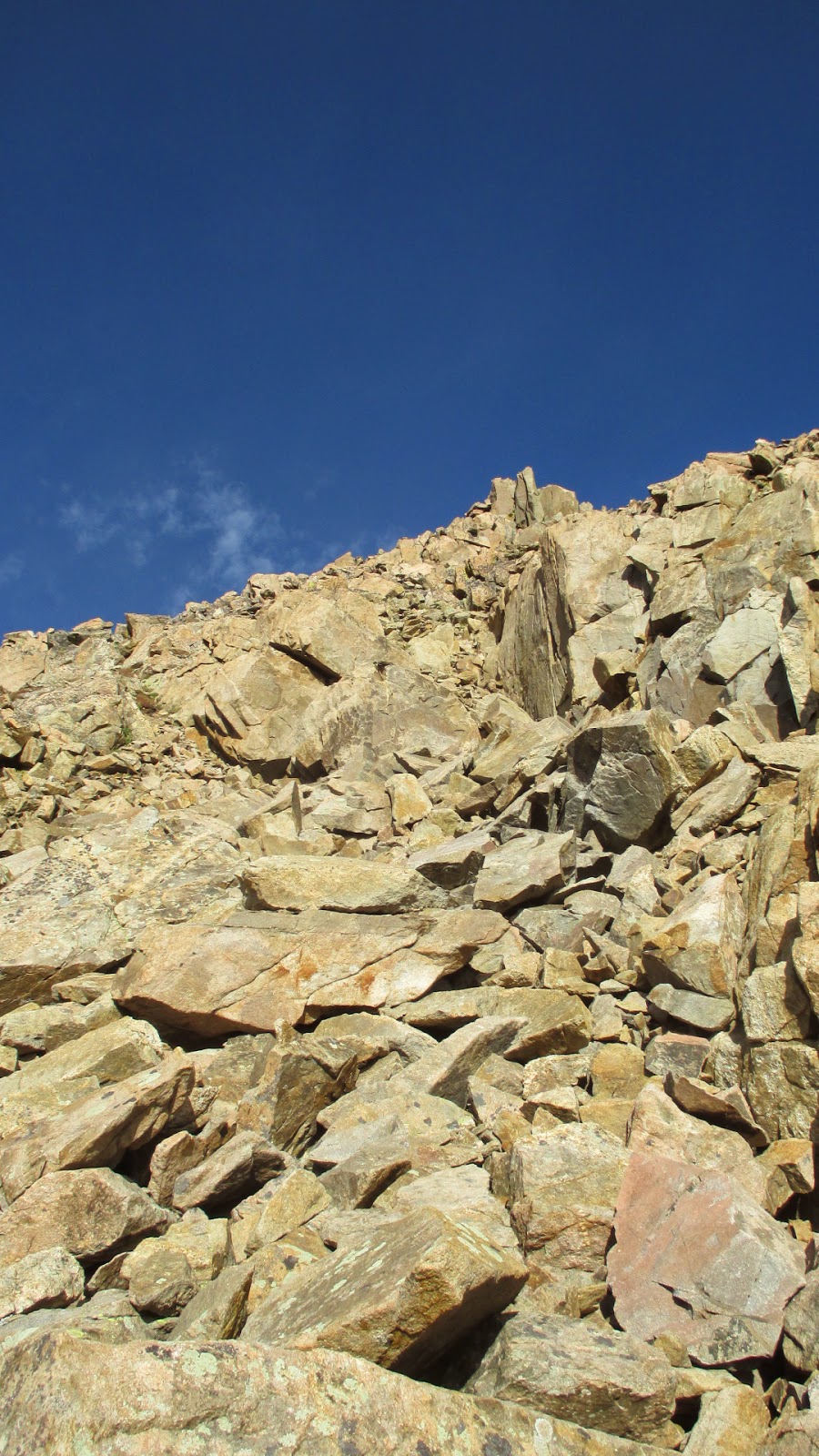 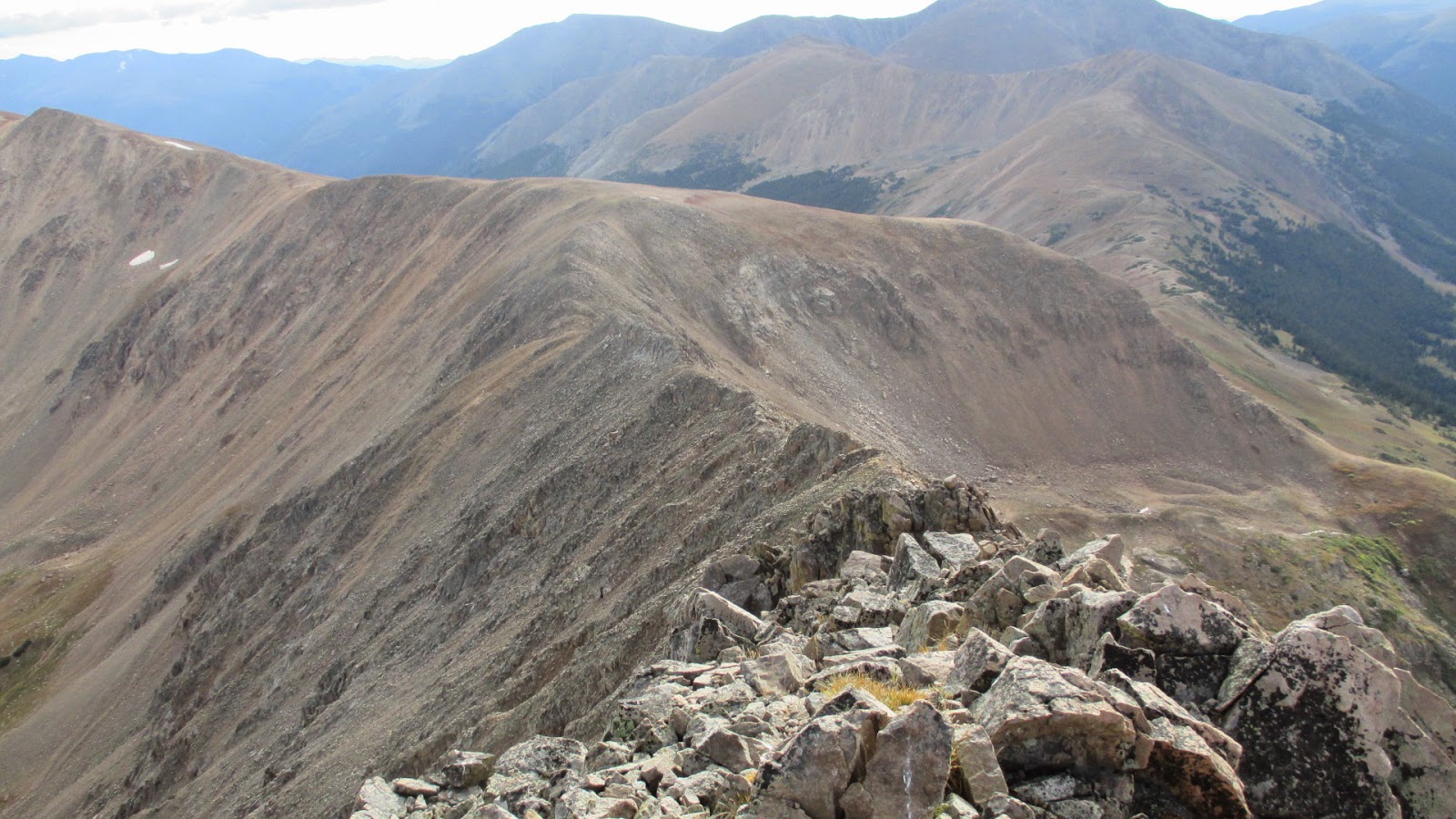 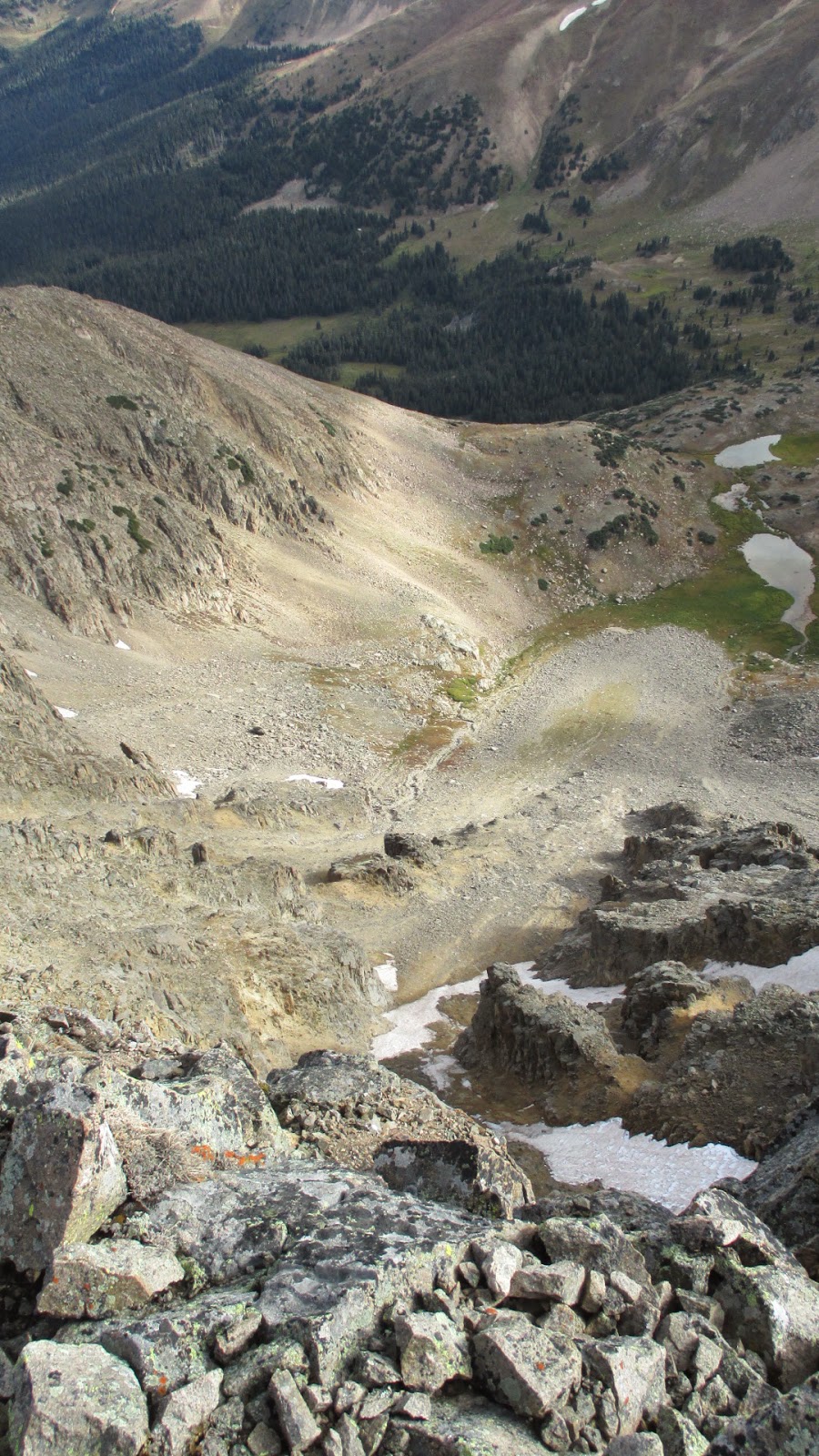 One of the airier sections... don't look down. 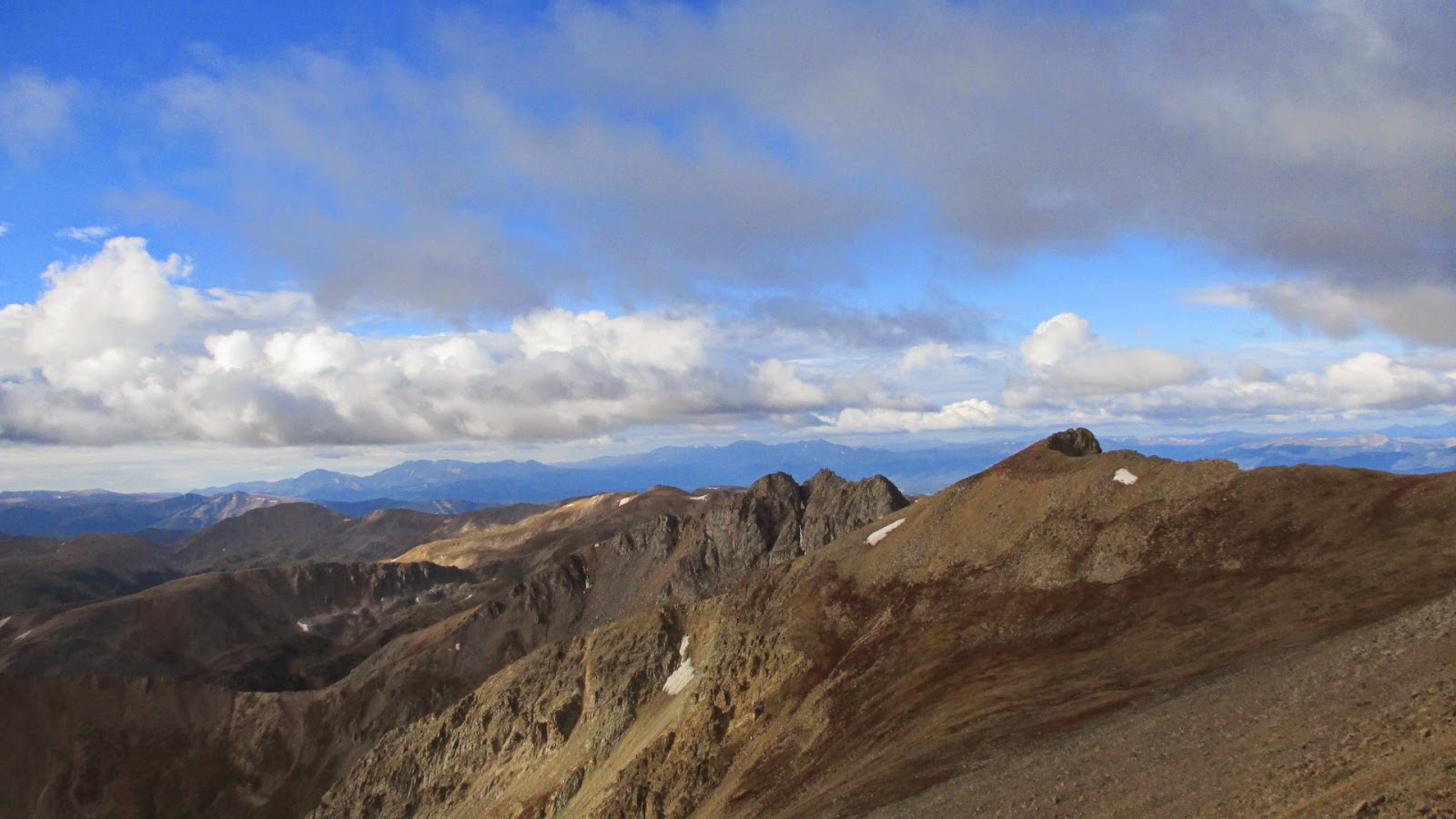 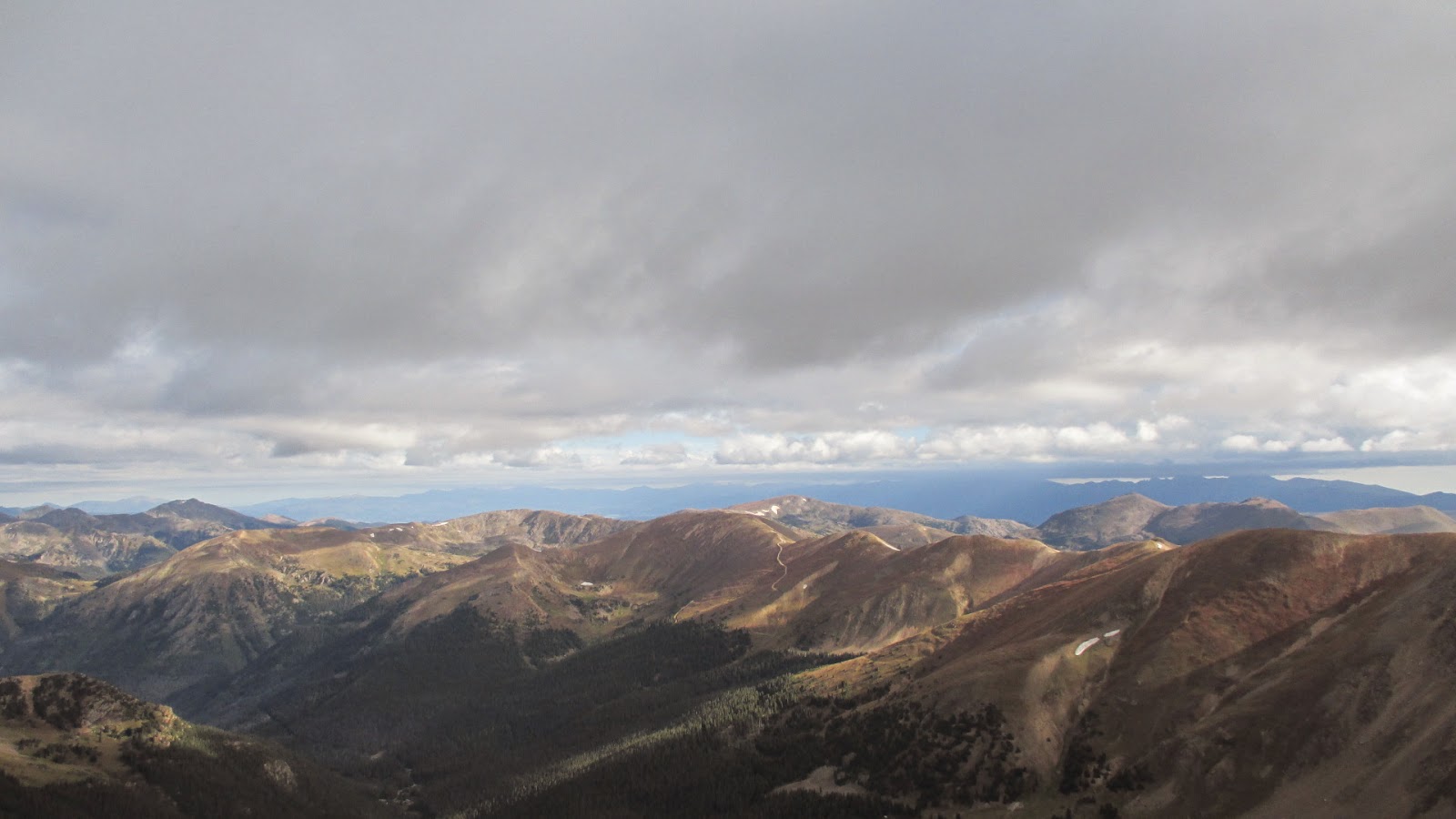 Although the Paleo diet is all the rage among certain folks that I know, I have a hard time subscribing to any "diet." This is especially true when it has not been studied long term, nor have any studies on the diet's health consequences been studied. As this recently published article notes, most studies on the various diets out there are done in terms of obesity and weight loss, and not in terms of overall health or long term impacts. Similarly, as the study notes, most diets work because they limit calories in some fashion, and not because of any secret dietary formula. 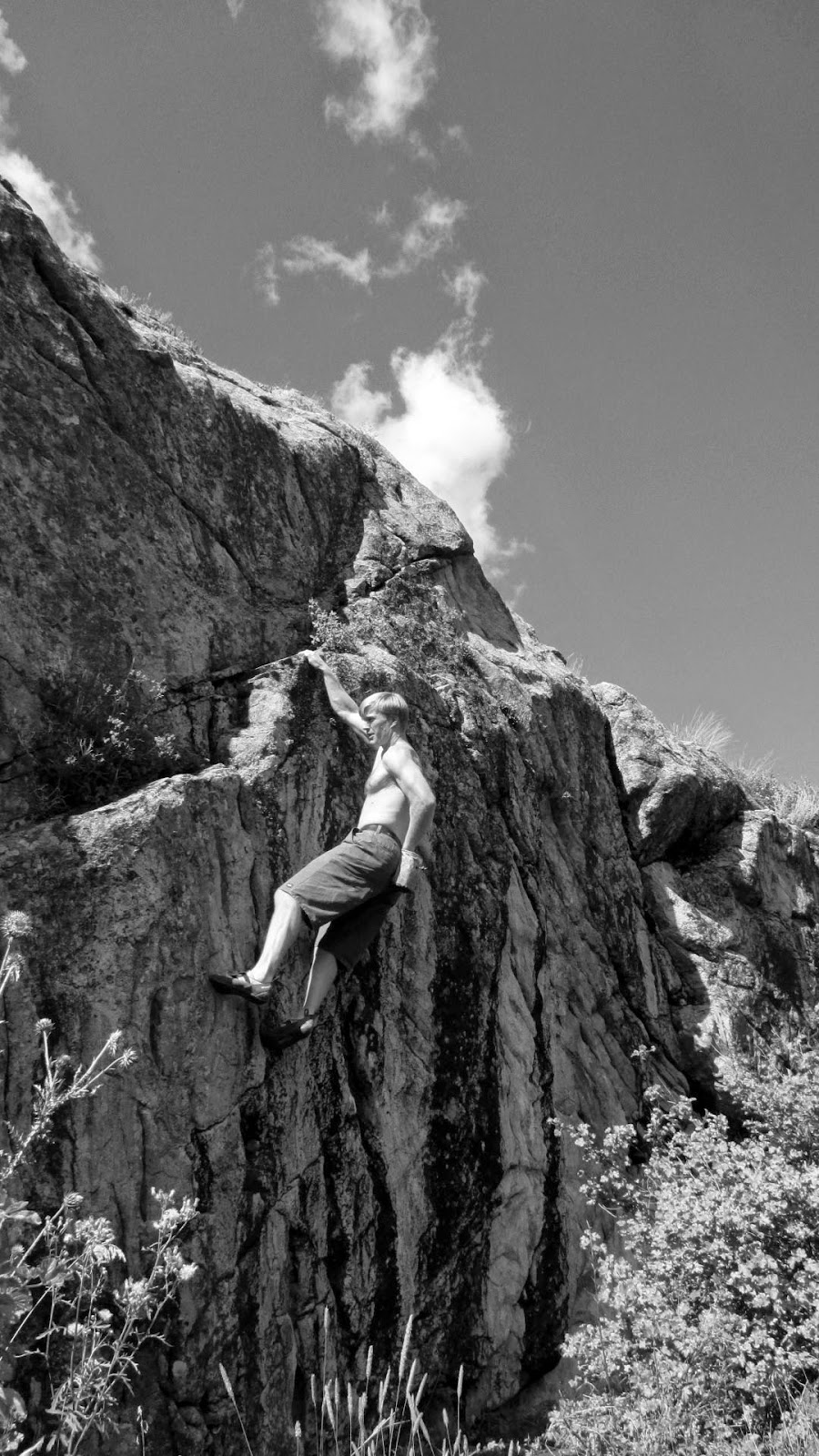 Bouldered up at Eldora the other day again. Although not packed with hard problems, this little area has about 15 problems and projects that go up to V8, but the real draw is that it is usually 20-30 degrees cooler then anything down in town and only about 25 minutes away.

Really bummed that I have to work this Saturday, as I was hoping to run one more mountain race. Now I look at my options and can't find anything that is very exciting... I might have to see how I fare at a flat, loop race with all of the real runners. Anyone have any leads on upcoming races that are worth checking out?