Second Part: Bard, Parnassus, Woods, and an un-named peak
Although I seem to be doing a lot of posts lately on the great mountain trail running Tara and I have been doing this summer, we have also been getting out bouldering - at least a couple days a week. It's just that we have not gotten any photos or have had anything worthy of posting. We did go up to Upper Chaos last week and climb many of the problems up there, including Riddles in the Park. However, the flowers seem to be trumping the boulders this year...

The Ruby Creek Mega-Traverse is an excellent full mountain day that sees very little traffic. Perhaps it is because there is no trail for the entire route (other then the first mile or so), it is all above 11,000 feet and covers six spectacular peaks, making it a long day. 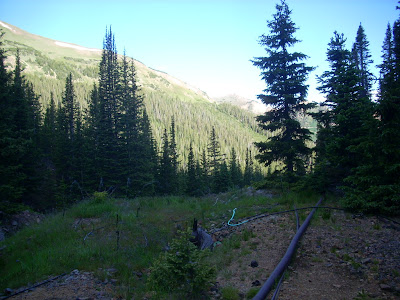 Mine reclamation project: see the sprinklers... 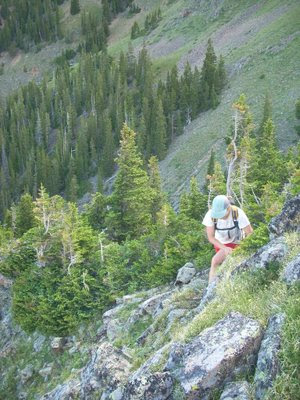 Tara climbing up the ridge to Engelman Peak
Lots of people either do Bard Peak (13,641 feet) or the traverse between Bard Peak and Mount Parnassus (13,574 feet), mostly from the Bakersville exit. However, to really get the full effect and to experience a ton of mountain solitude, one really should do it from the north via Ruby Gulch. This is also an excellent backcountry spot in the winter (shhhh, keep it quiet) 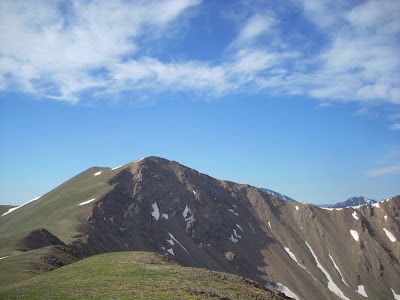 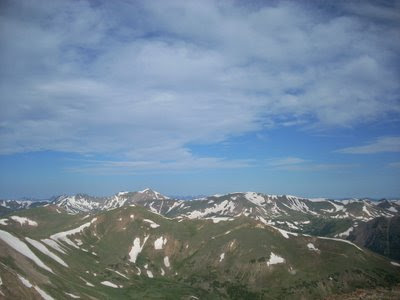 Looking at Woods Mountain (number five) and the no-name peak (number six)
Basically, one heads up to Jones Pass, but rather then going to the Henderson Mine area, hand a left and go to the Urad Mine. Right by the mine, there is a parking spot and you can see the access road with a big DANGER, AVALANCHE sign. Head up the road for about a mile until it splits. Follow this spur road as it degenerates into a trail. Right below treeline, you will run into a mine reclamation project with automatic splinkers at ~10,000 feet. Here is where the fun starts.... 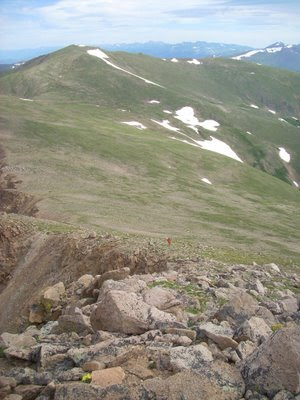 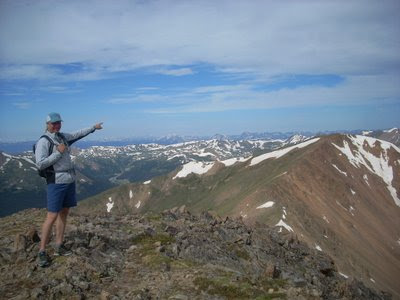 Pointing to Mount Parnassus (number four) from Bard Peak
Get onto the north side of the creek, and head northeast up slope until you get above the trees. Here you will run into several ridges and gullies. Take the middle ridge as it climbs via grassy slopes and talus up to the summit of Engelman Peak (13,362 feet). From here, head due south along the broad open alpine tundra down and then back up to the minor summit of Robeson Peak (13,104 feet). 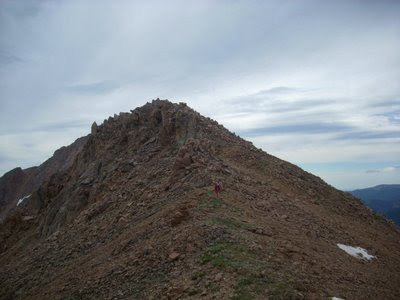 The traverse between Bard Peak and Mount Parnassus 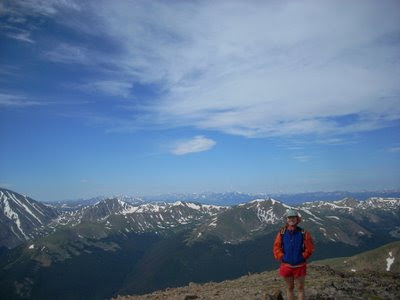 Four down, two to go...
On Robeson Peak, you keep heading south, descending once again as you cross the wide upper tundra valley between Robeson and Bard Peaks. The climb to Bard has a little kick to it, as it reaches 13,641 feet. From here, head west along the ridge and traverse over to Mount Parnassus (13,574 feet). This is the only place you are likely to encounter people, with the views of Grays, Torrey's, and the surrounding mountains proving to be spectacular. 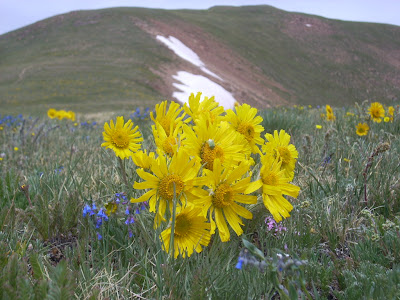 Flowers on the slopes of Woods Mountain 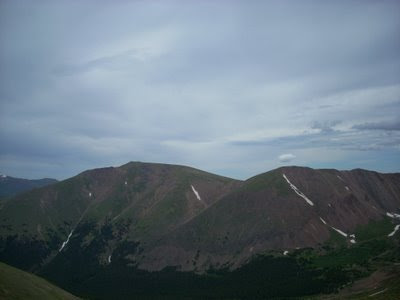 Looking across Ruby Gulch at Engelman (on the left) and Robeson Peaks (on the right)
Once on the top of Mount Parnassus, head down the broad, steep grassy slope due west for almost 2,000 feet to the saddle between Parnassus and Woods Mountain (11,703 feet). Cruz up the little climb to Woods Mountain, and then you only have one final summit to tag. It doesn't have a name, but still deserves your attention as it completes the Ruby Gulch Mega-Traverse. From here, head down some of the old mining roads (none of them really link up), past the fields of alpine flowers, past the old mining ruins (the wheelbarrow made of solid metal and weighing in at over 50 pounds!!!), across Ruby Creek, and finally onto the final descent road. Run down the closed road and back to your car. 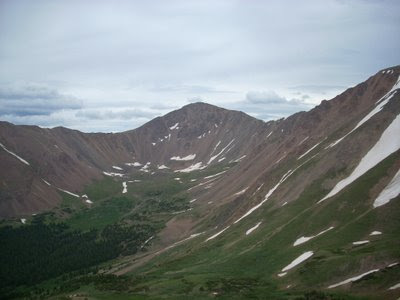 Bard Peak from the no-name peak 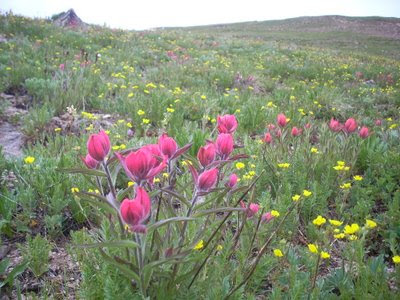 Alpine flowers on the descent
Now that is what a high-country traverse is all about and why the Colorado Rockies are so amazing. 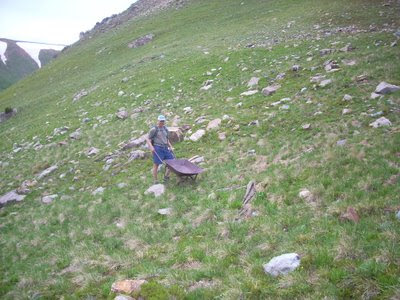 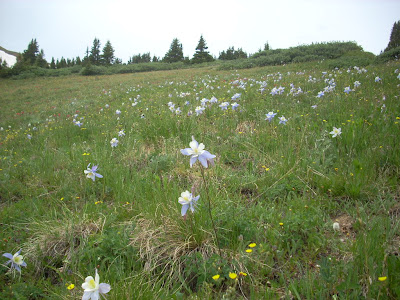 Columbine fields on the way down...