Yesterday was my 37th running of G & T. Last week was great, with spring like conditions and a slightly faster time then during winter. Yesterday was back to winter, at least in terms of the trail and snow. Loveland had reported getting 2' of snow over the past three days, so I knew that it would be a bit of a bear. I was pleasantly surprised, however, to find the first 2+ miles of road packed with several sections of dirt. Things are starting to melt out fast. However, up high, after the turnoff for the Kelso Mountain East Ridge, the trail became powdery and then by the summer trailhead it was untracked and back to winter conditions. I had run up the road with my running snowshoes in my hands like last week, but this time needed to put them on to make it through the willows without too many issues. Still, the day warmed up and it was a spectacular day to be up above 14,000'. Only 15 more times to pull off a full year. 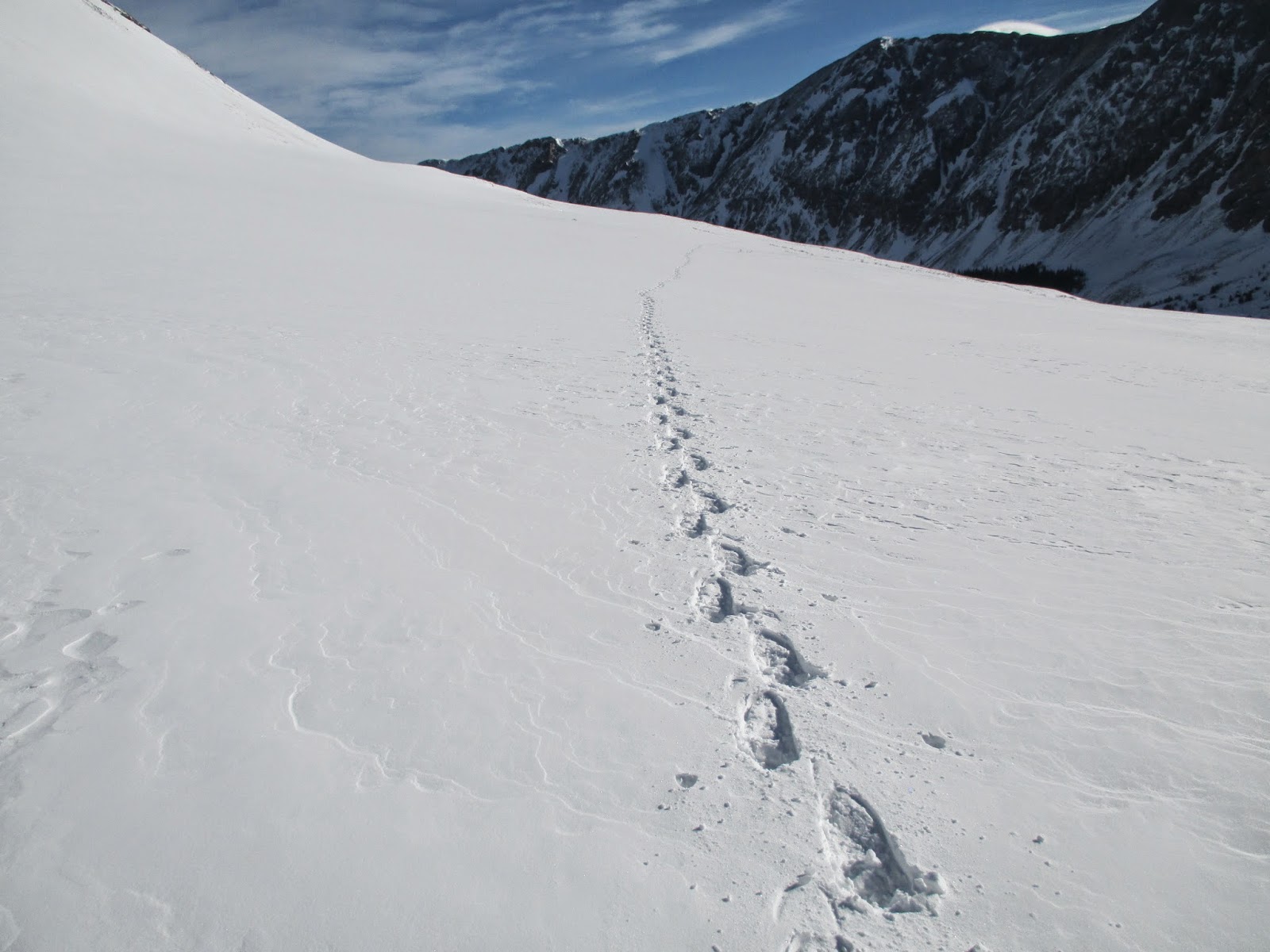 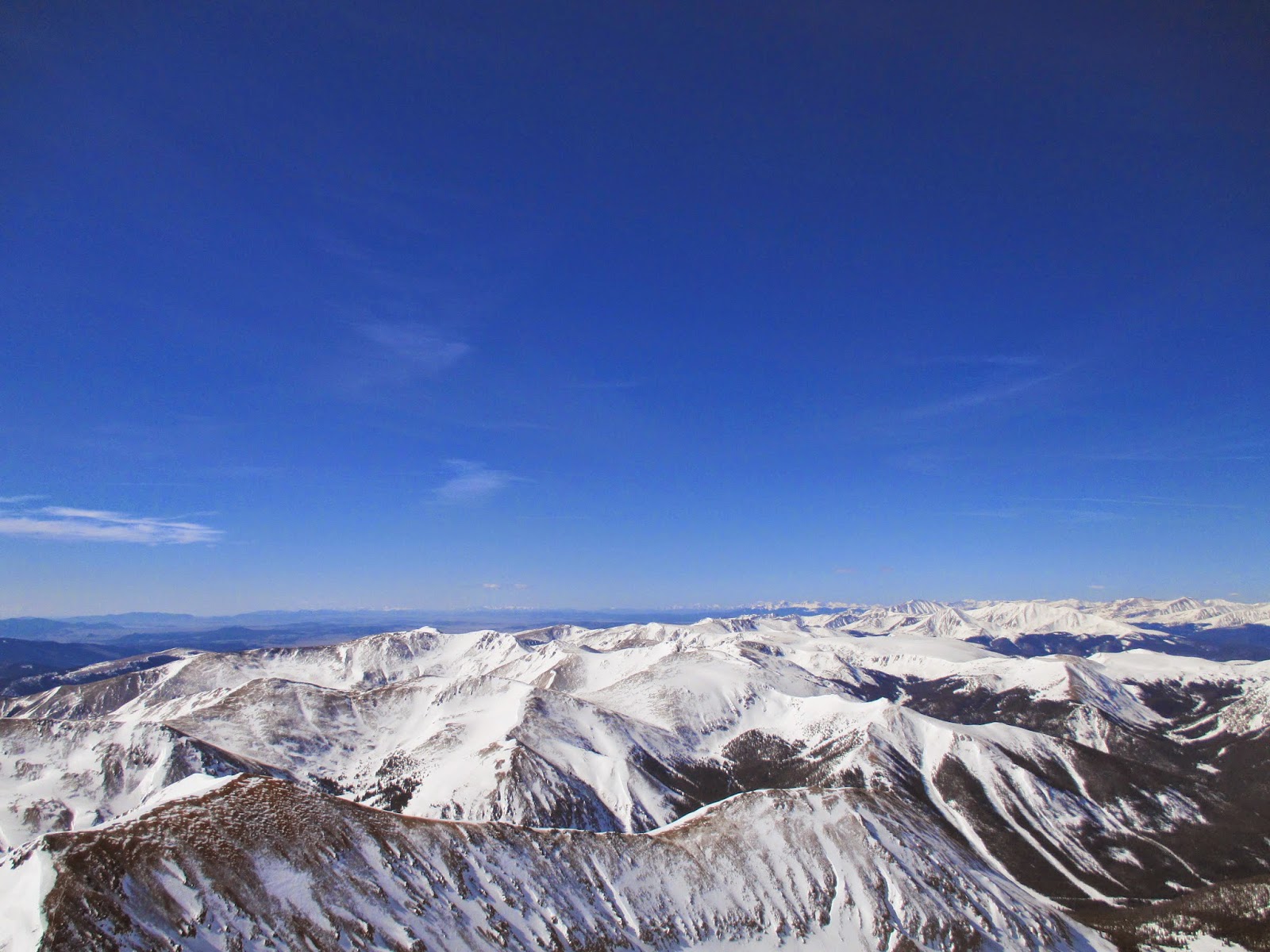 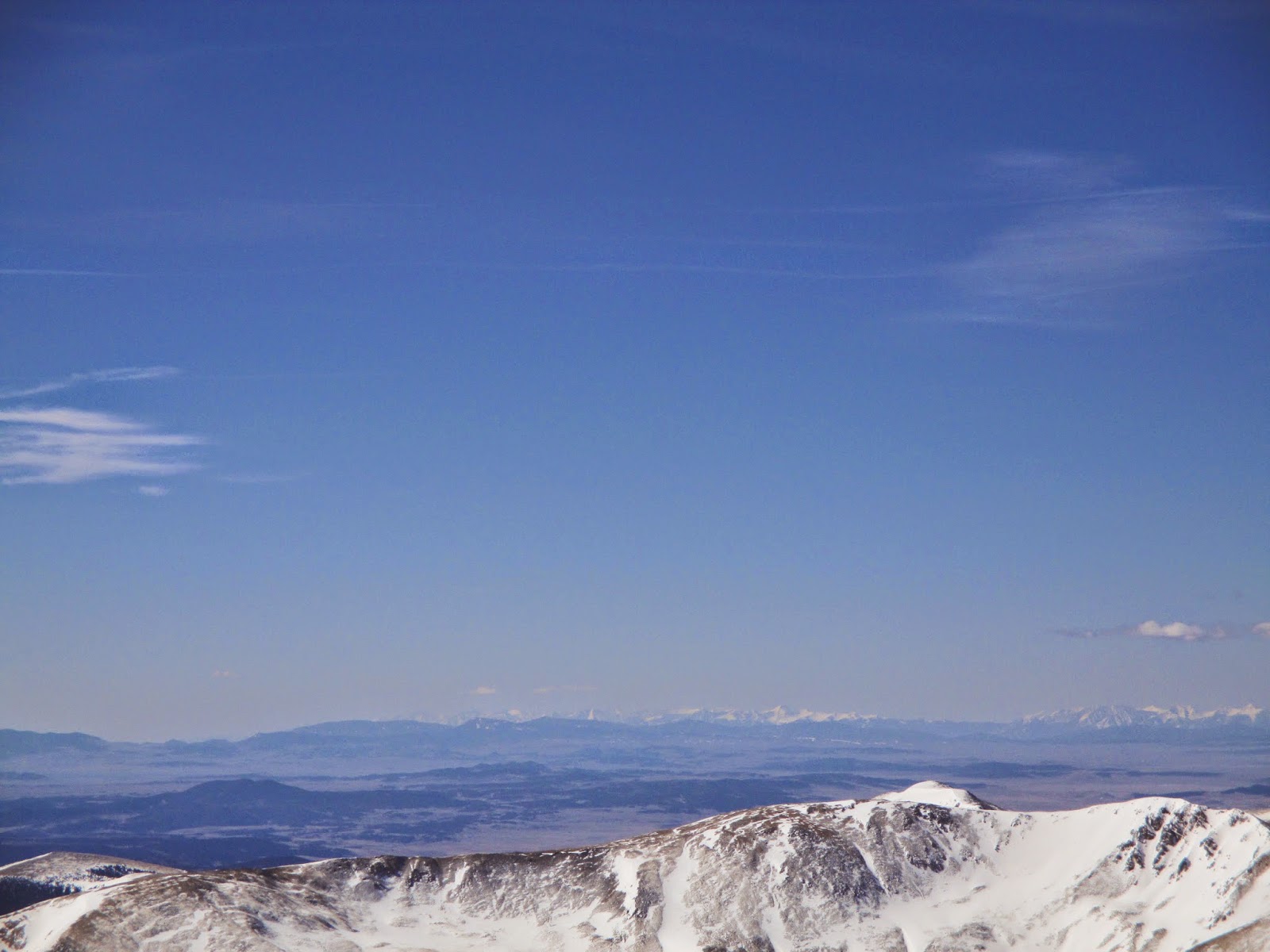 Looking south over South Park to the Sangres and Sawatch 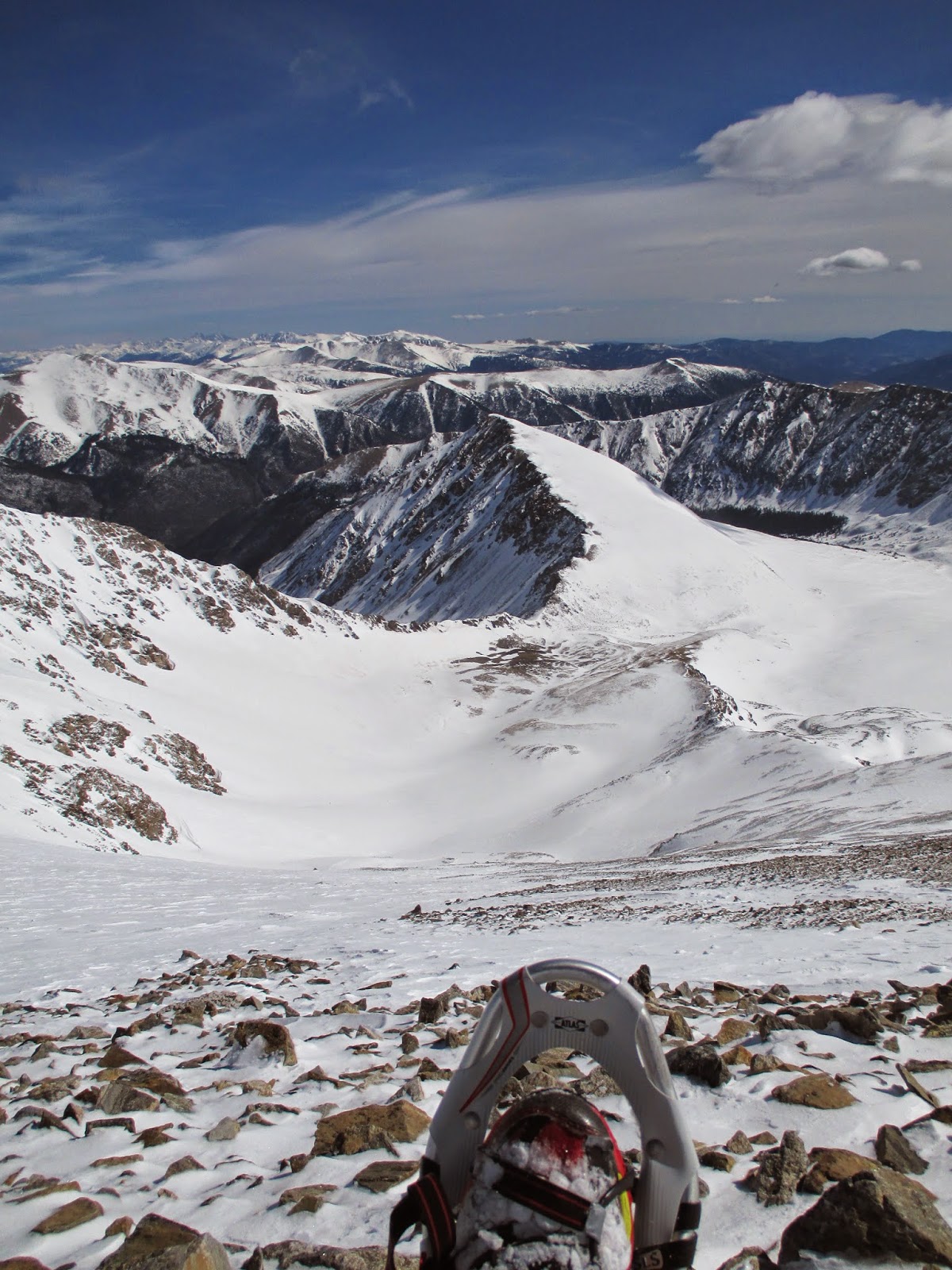 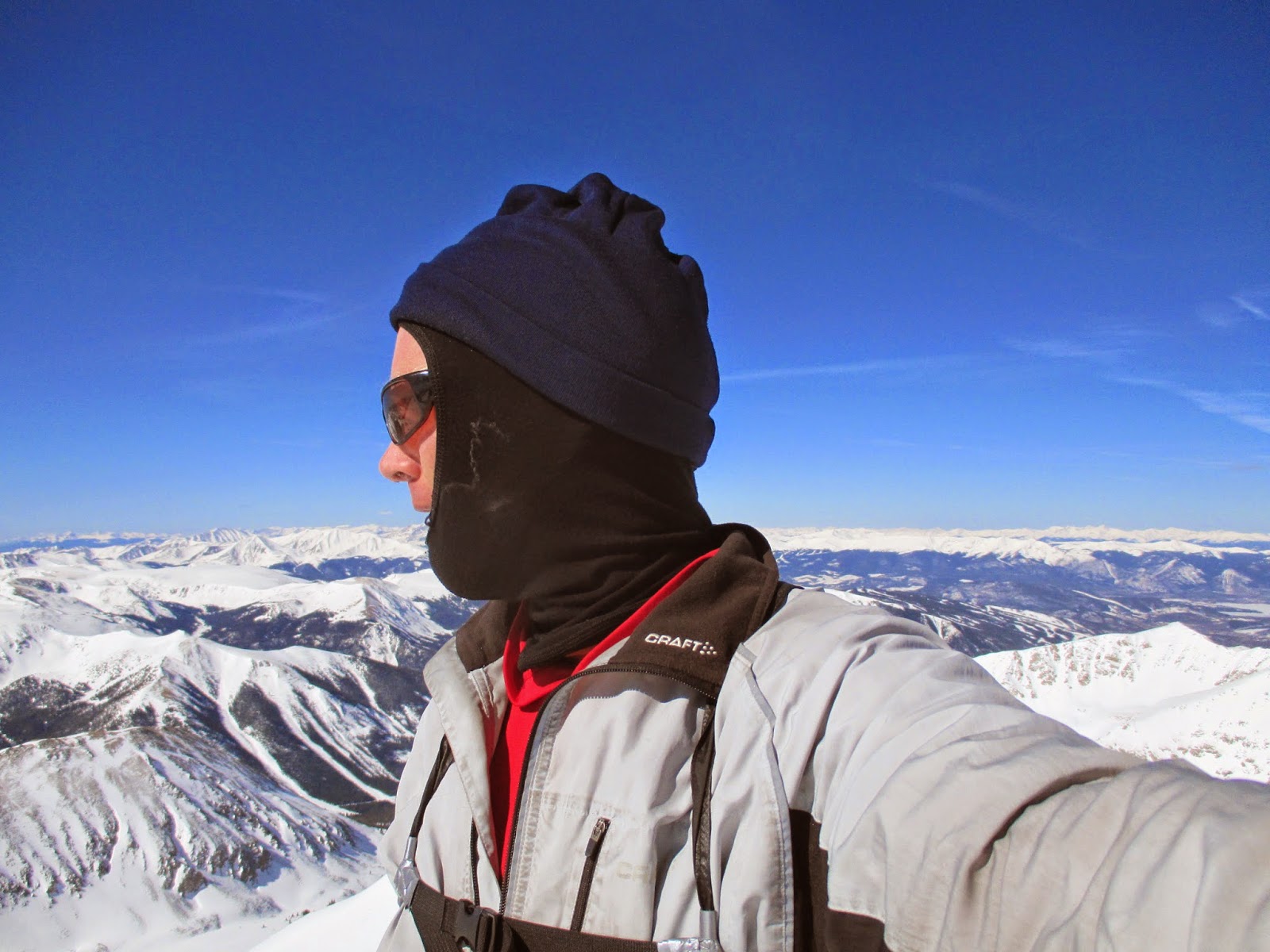 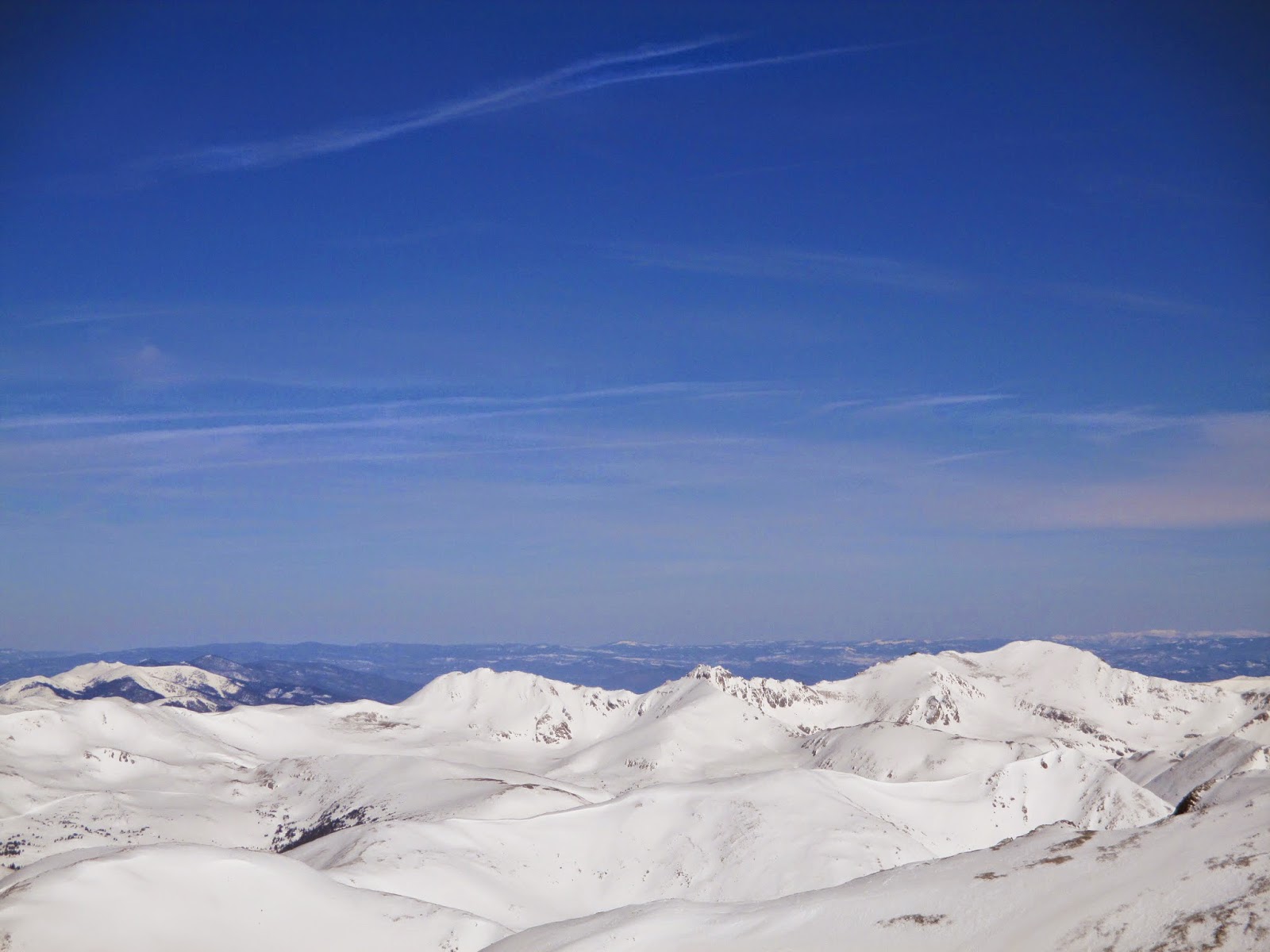 Citadel Peak and the Never Summers in the distance

A nice story on an incredible Gwich'in runner up in Canada who has run 1,200km over the past month plus in an effort to raise awareness about the Peel Watershed. He basically ran 40k per day for 30 days! Some serious endurance running - and through incredibly difficult conditions.

A little write-up on Paige Siemers - a friend and super humble athlete. She qualified for the Olympic Trials again this winter.

Flagstaff, Arizona is quickly turning into a running mecca (again?), and it is also a hotbed of sick bouldering and climbing. ClimbingNarc posted a new video on a long cave problem that will hopefully bring some of the strong kids down to check the area out. I haven't been down there to climb in about 10 years, but perhaps next winter...

Yesterday, May 2 was the 50th anniversary of the first ascent of Shishapangma (26,289 ft), the last of the 8,000m peaks to be climbed. Since it is located in China-controlled Tibet, it was a Chinese team that got the first ascent. Annupurna I was the first to be climbed in 1950, so all 14 8,000m peaks were climbed within 14 years, which is really fast if one thinks about it. Only 26 people have climbed all 14 - an amazing feat! 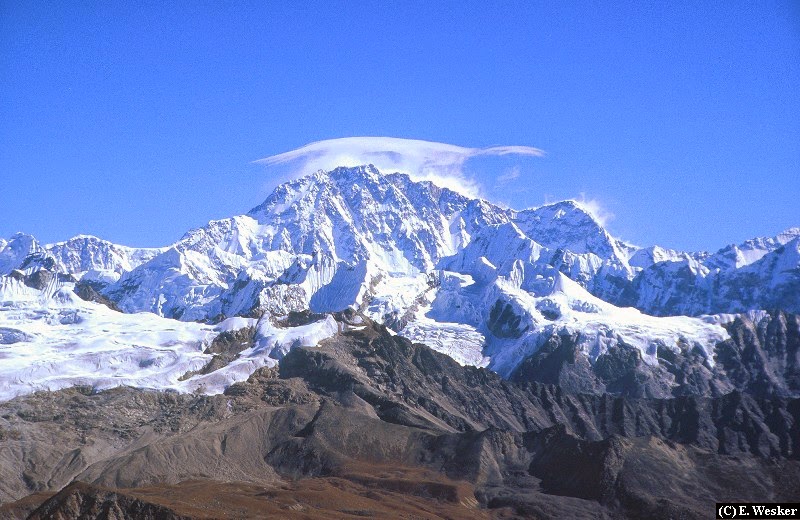 The other day I enjoyed a wonderful pot of Huang Jin Gui, also known as Yellow Gold. This is a high grade oolong tea from Anxi County in Fujian Province, China. I was drinking the 2013 spring harvest. With thinner and smaller leaves then some of the Tieguanyin's from the same area, the tea is lightly processed and is a step between a "green" oolong and the more traditional "darker" oolongs. A really nice tea all in all. 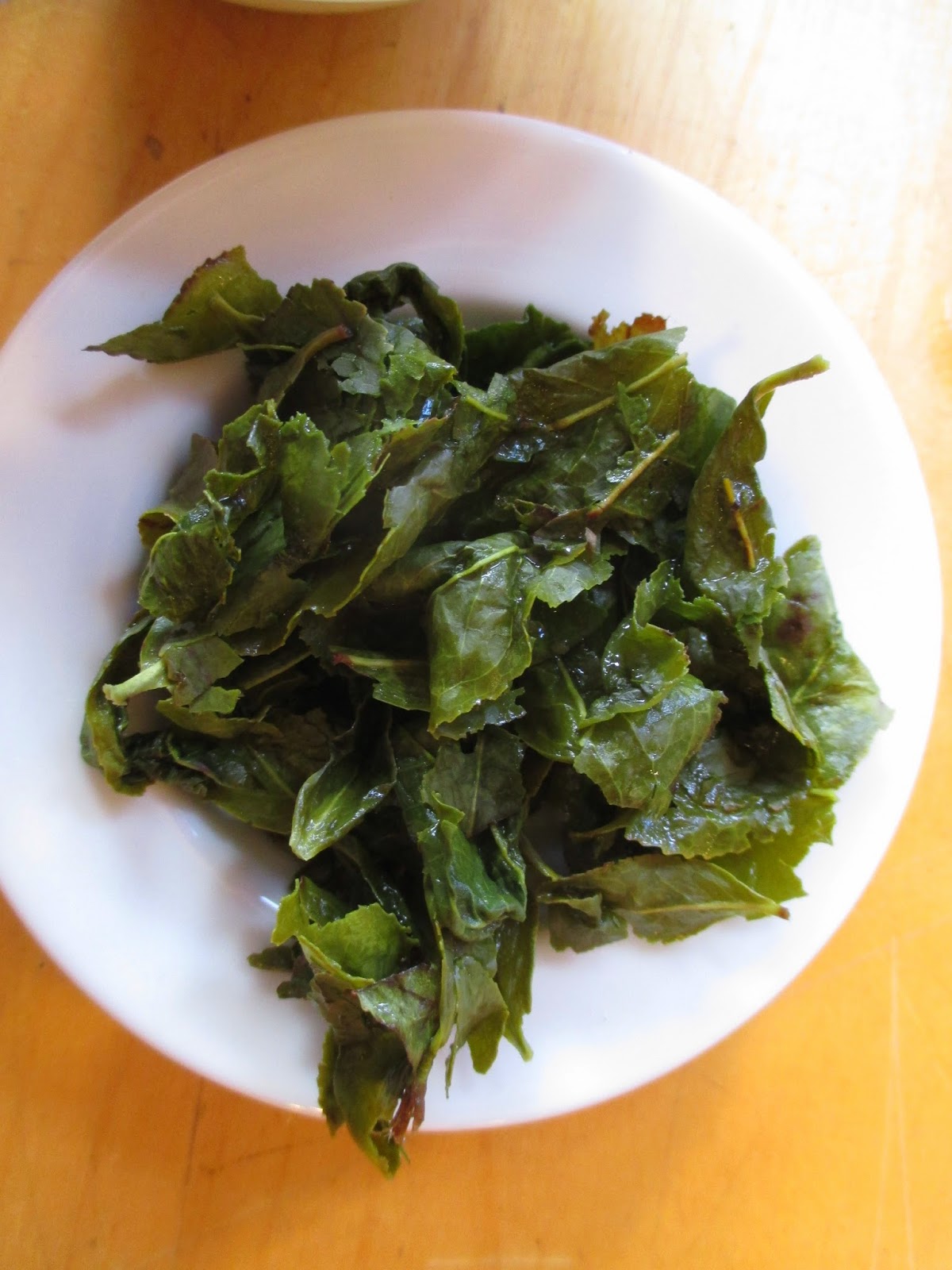 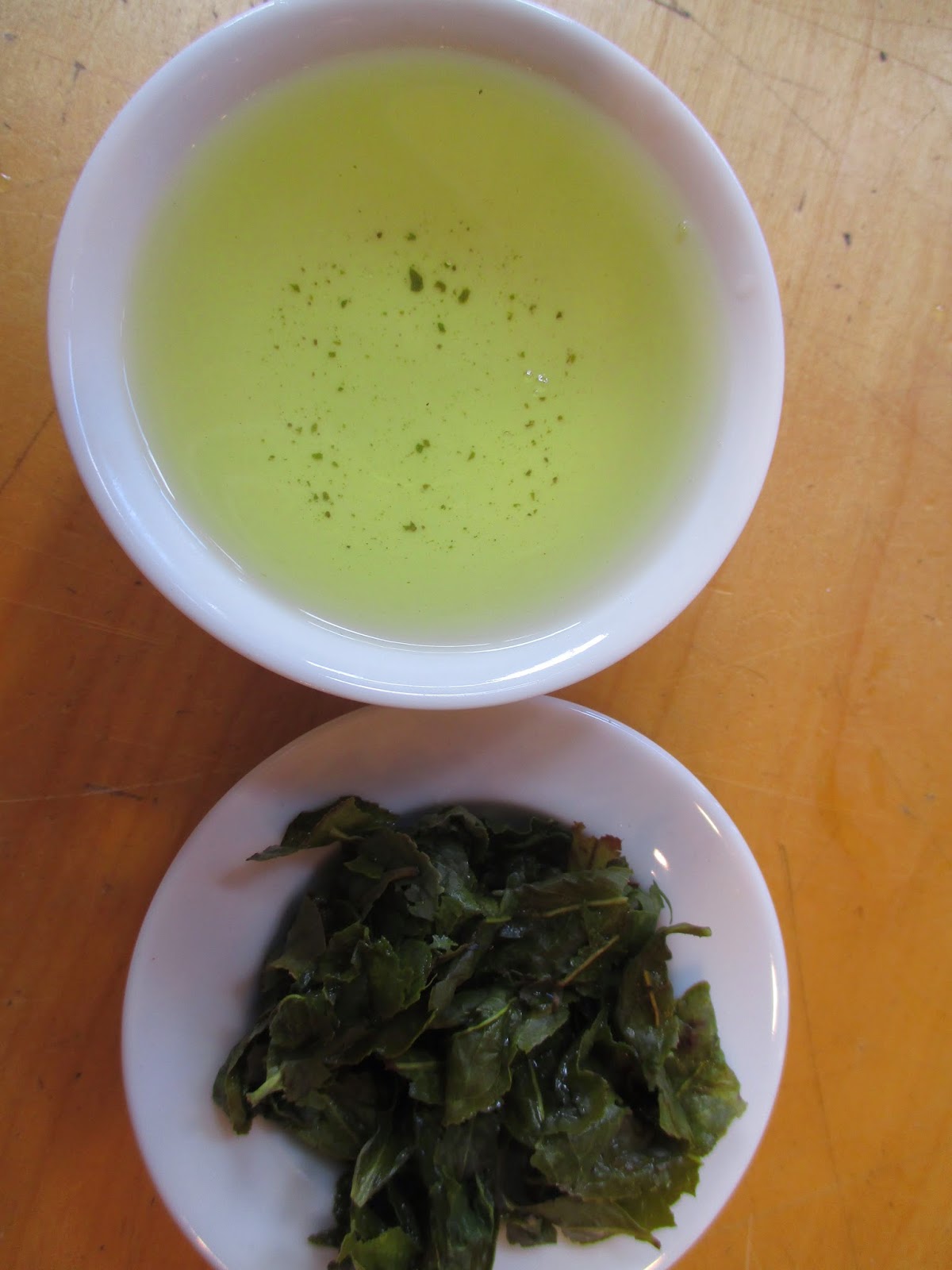