Last week I ran a variation of the Belford>Oxford>Missouri route while scoping out some routes. I had a good time, but was slightly disappointed in my time, as I thought it was a bit slow. Having raced the day before, I knew I would be tired, but still thought I could have gotten a better time then I did. After taking longer then expected this past week to recover - speed races really get me apparently - Tara and I went back yesterday and I tried the run out again. This time, however, I added on Emerald Peak (13,904') and Iowa (13,831') via the upper Pine Creek basin. I started at 5:32 and cruzed up Belford fairly fast - it's just a pure power hike from bottom to top. From there, it's an easy jaunt over to Oxford and then back, with a quick re-tag of Belford's summit. From there I ran down to Elkhead Pass and then down somewhat into the basin. There is a high bench with a small pond below Iowa which I aimed for. This allows you to then traverse fairly fast over to the eastern slopes of Emerald instead of side hilling it along Iowa's eastern face. From a hidden, second lake I ran up a grassy ramp to Emerald's east ridge, which I then went up. Emerald sits in a spectacular location at the head of Pine Creek, offering excellent views of Harvard, the Apostles, Ice Mountain, and beyond. From Emerald, it's an easy run over to Iowa and then to Missouri via it's south ridge. From the top, I still had plenty of energy, and contemplated dropping to Huron, but the monsoon clouds were getting pretty thick and I didn't want to get caught in something big on Huron's eastern scree face. So I just ran down Missouri, at which point I ran into William and we caught up on things - including learning the results of Hardrock (only in the mountains of Colorado can you be out and randomly find out who one Hardrock). He turned off and went up Belford and I cruzed down back to the car. I felt much better this time around, with a time of 5:45 with the addition of two more peaks - total numbers are around 18 miles and 8,500' gain. 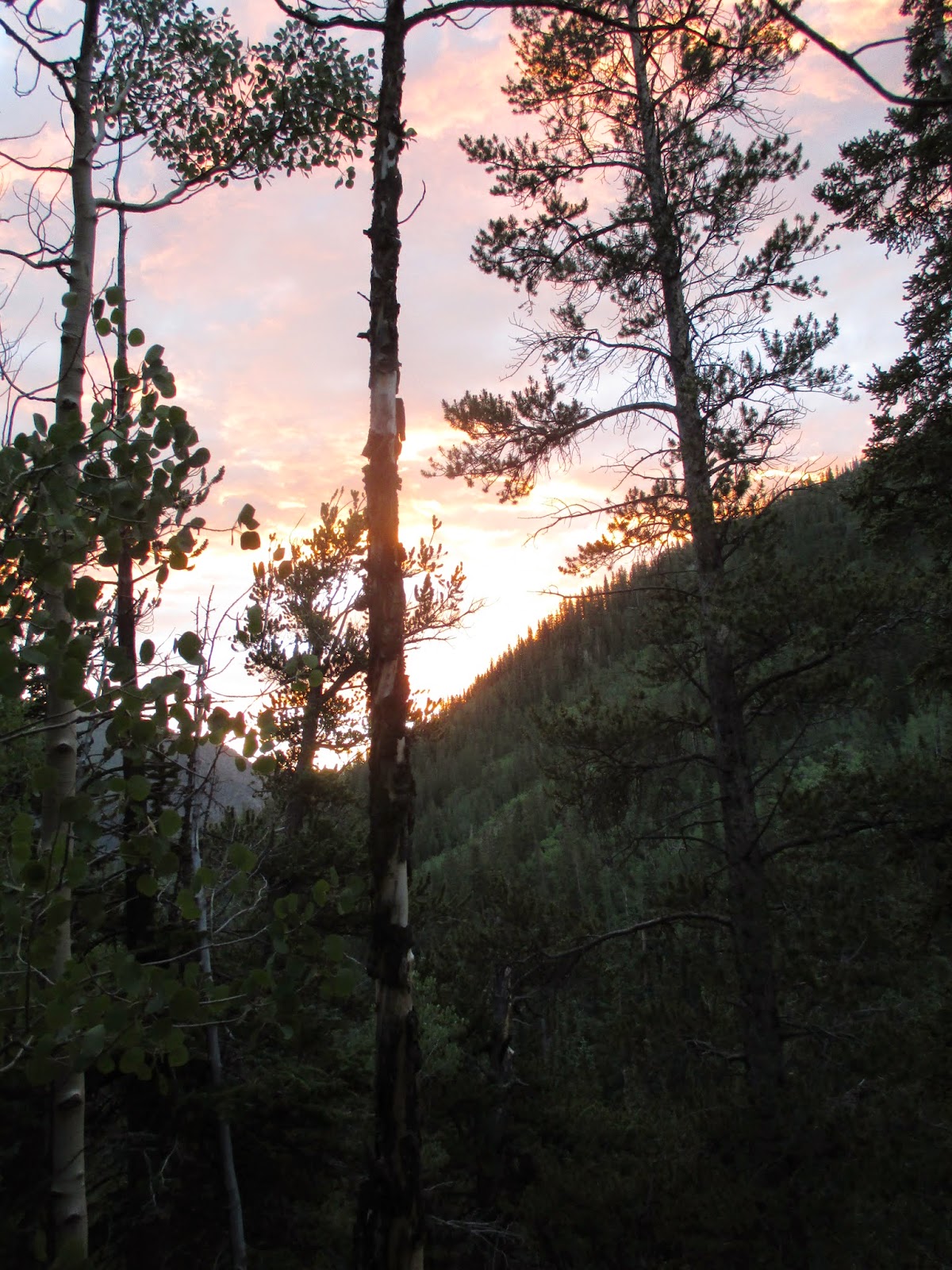 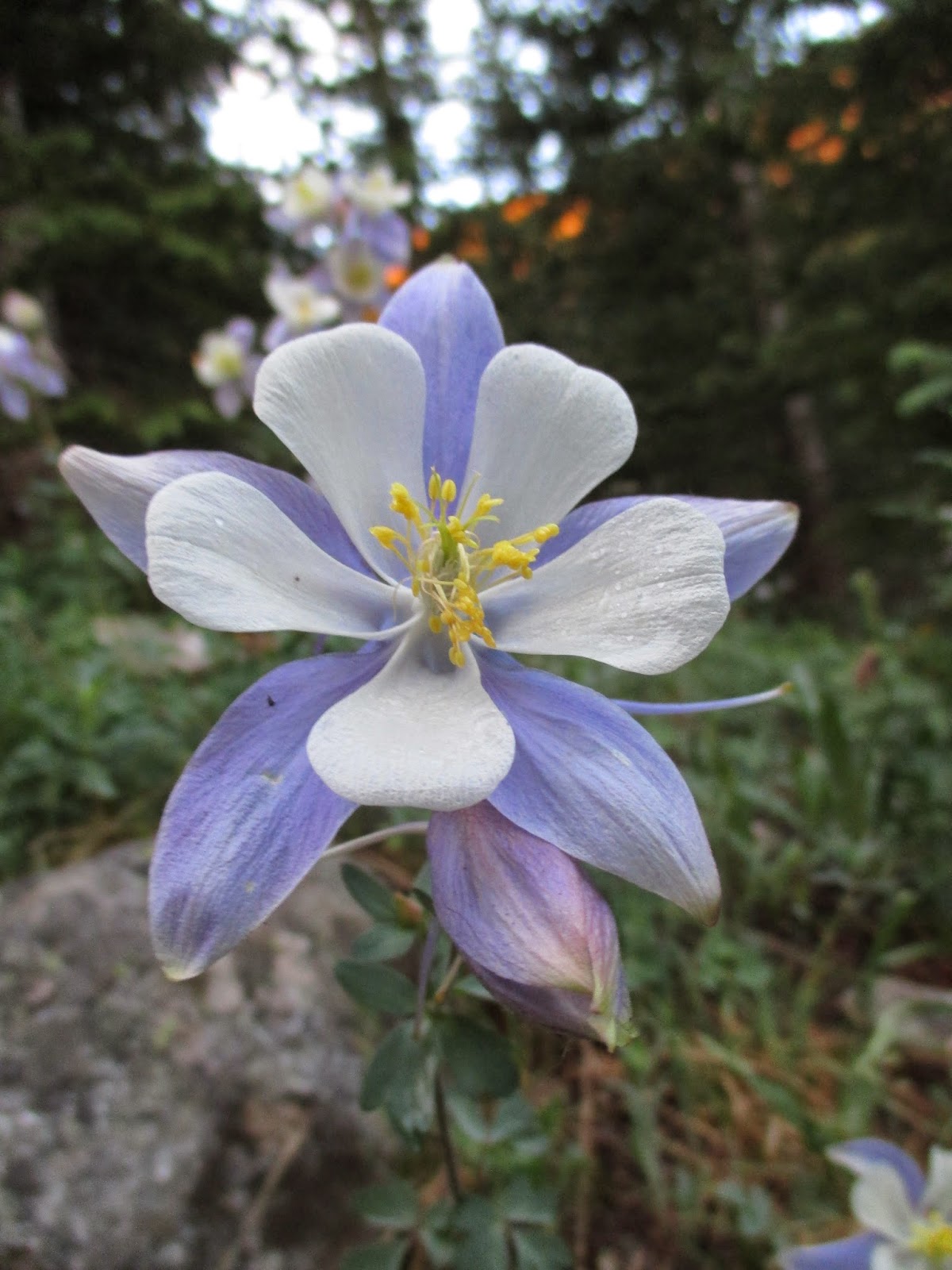 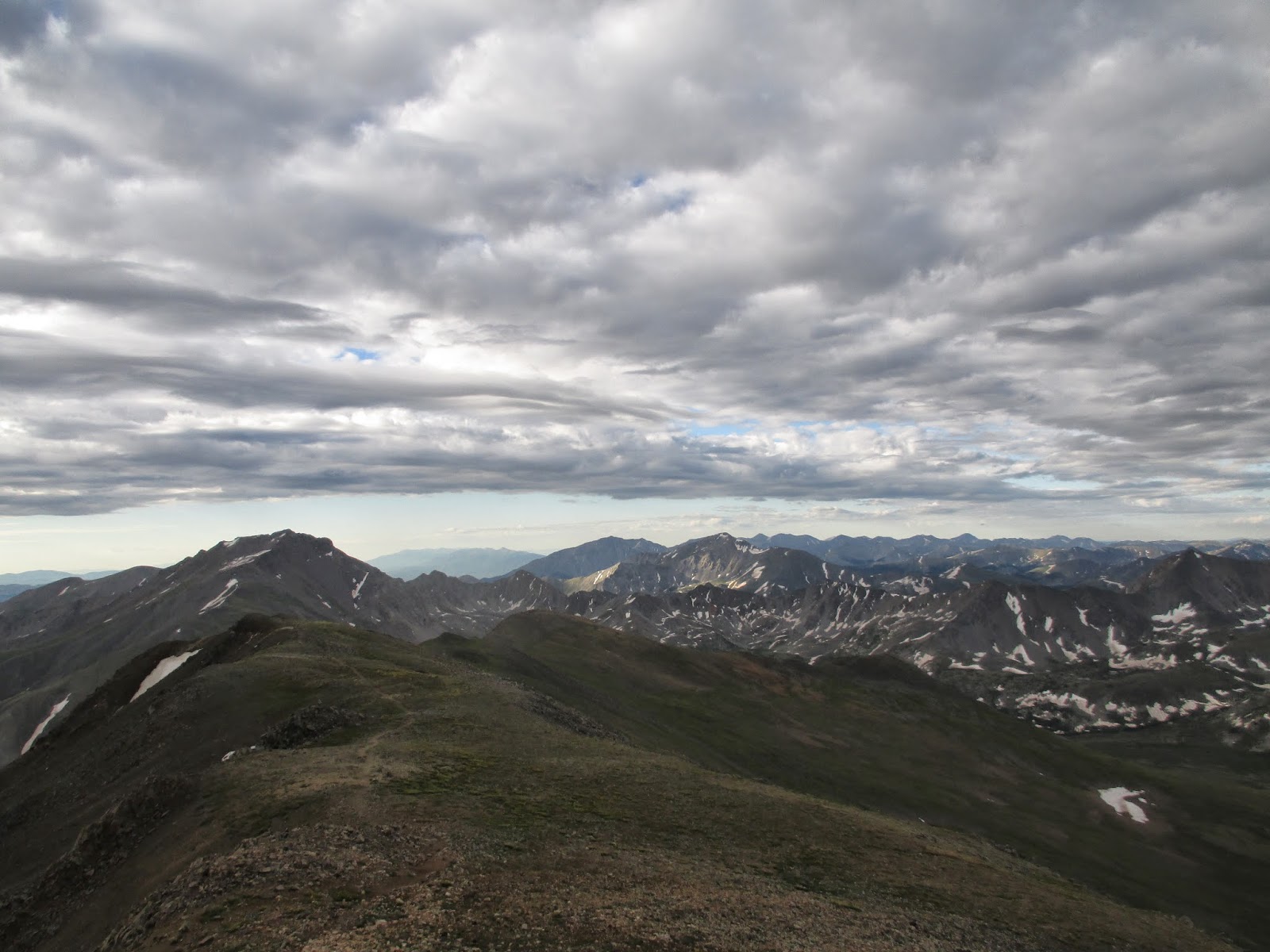 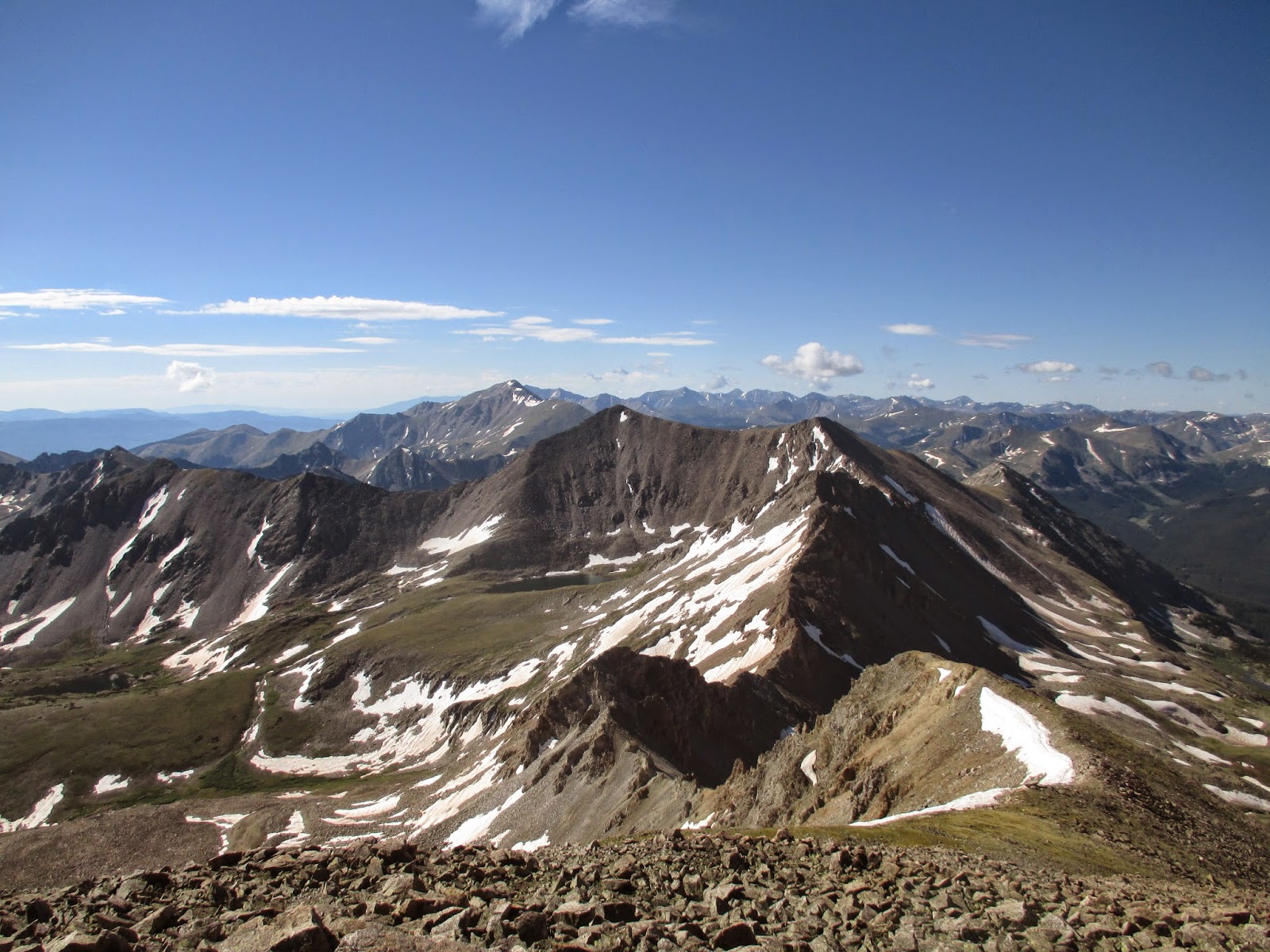 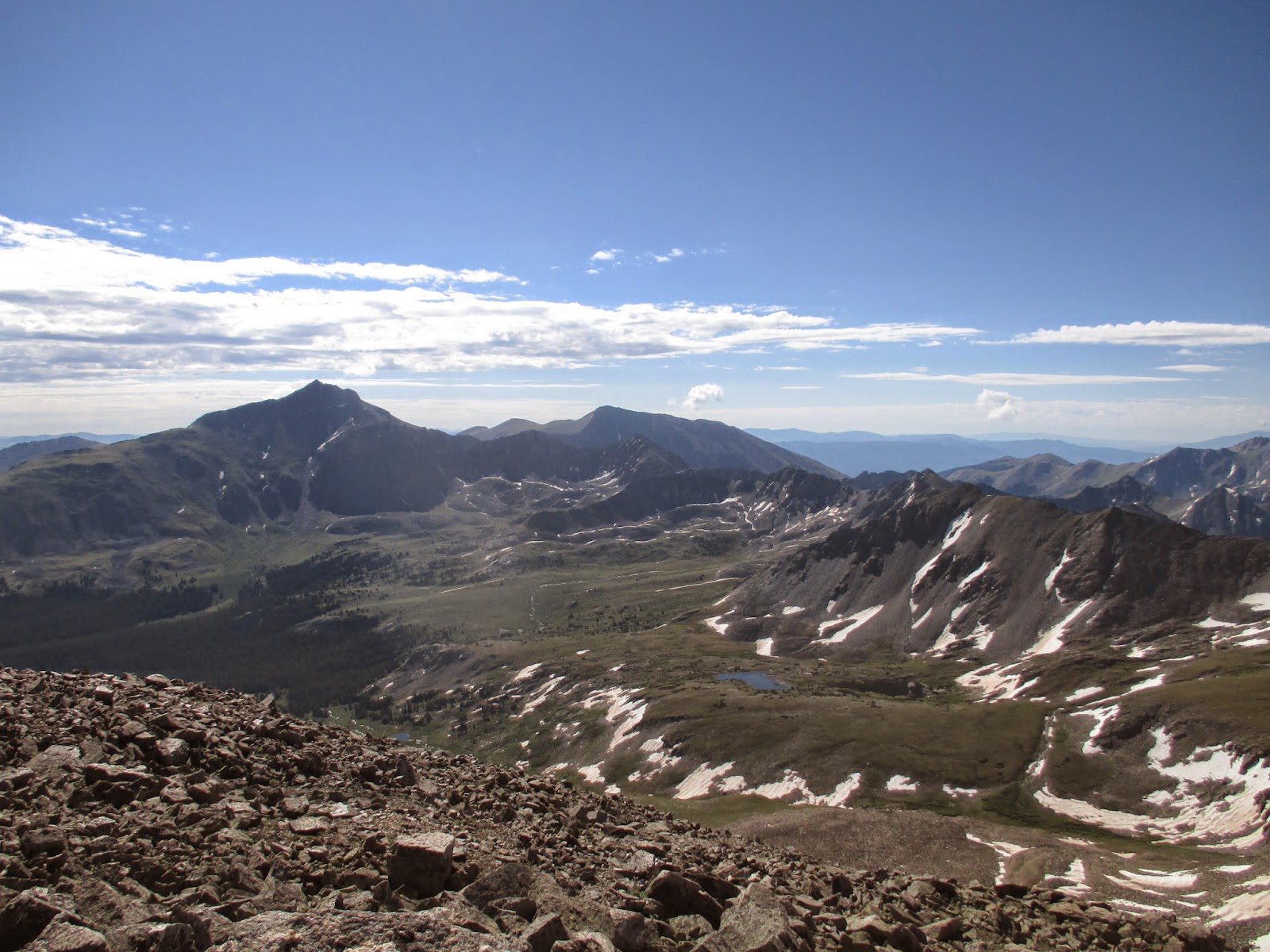 Harvard from the summit of Emerald 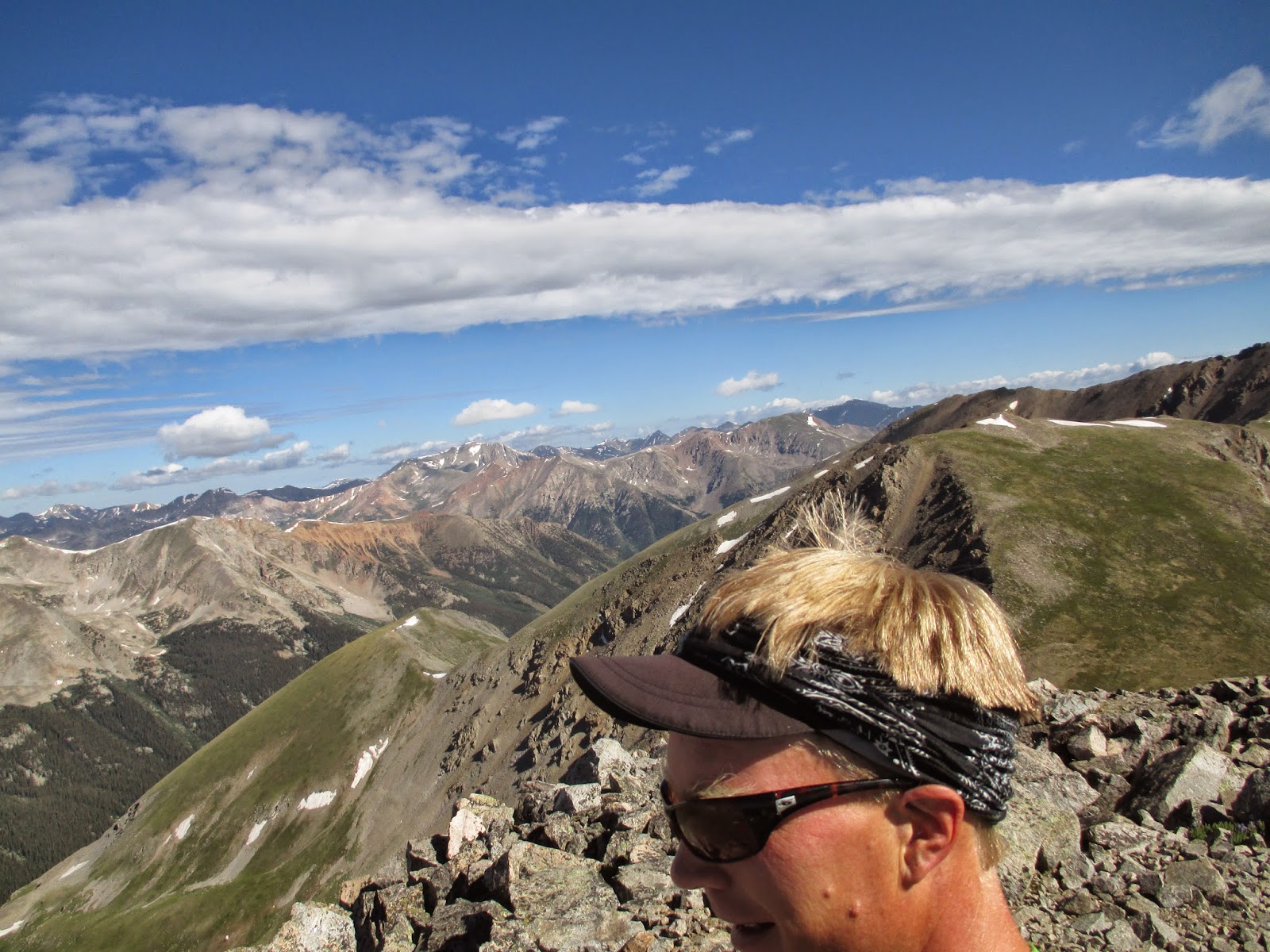 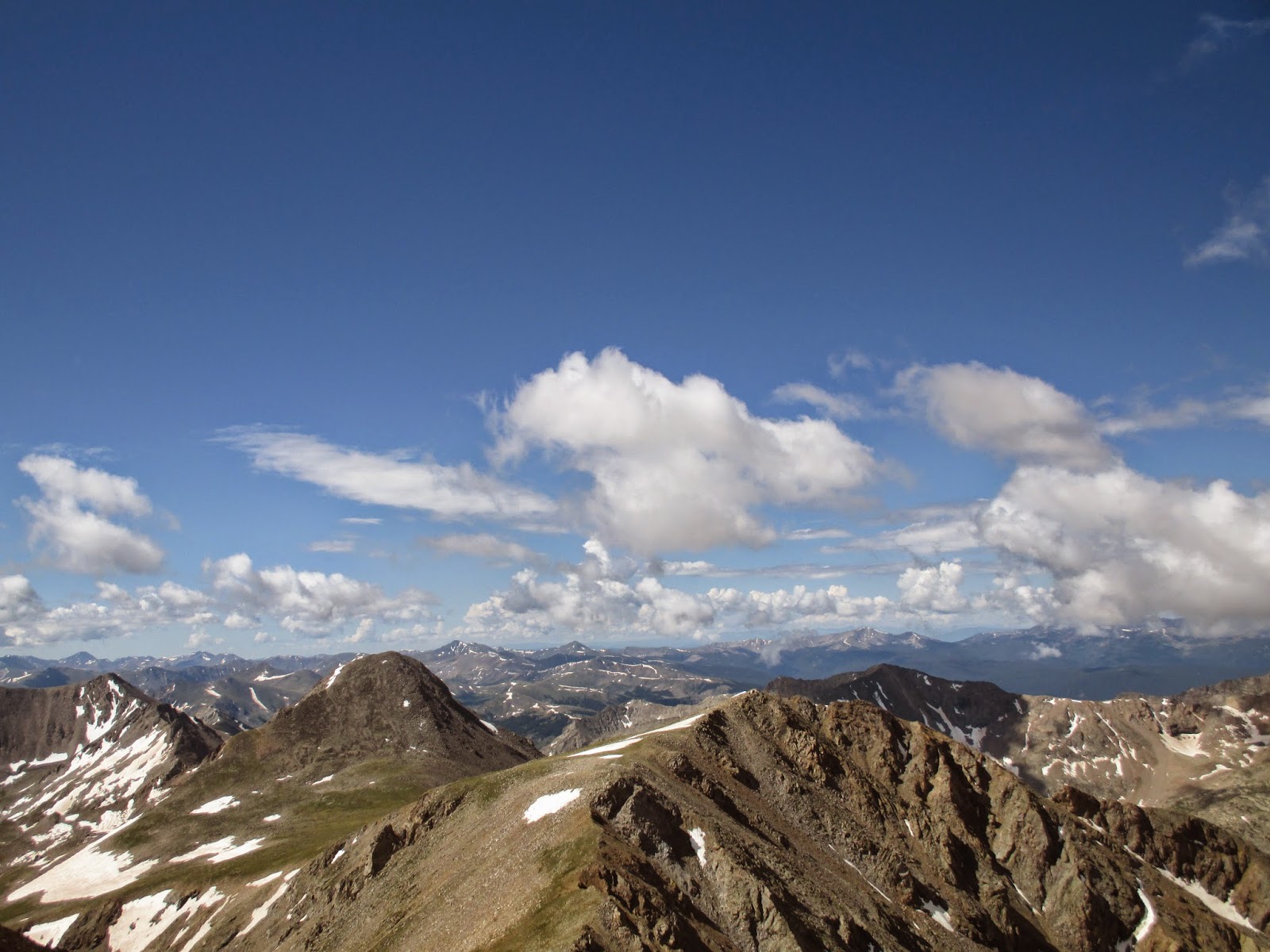 Iowa and Emerald from Missouri