Ran up Grays and Torreys this morning via Kelso Mountain. This is quickly turning into one of my favorite mountain jaunts, as you miss most of the people until reaching the top of Torreys. There was a thick inversion this morning, providing some great atmosphere for the climb up Kelso's northeast ridge. I don't think there is a closer run that you can get 6,500' of gain and 14.5 miles in before 10:00am - anything similar seems to be in the Sawatch or beyond. 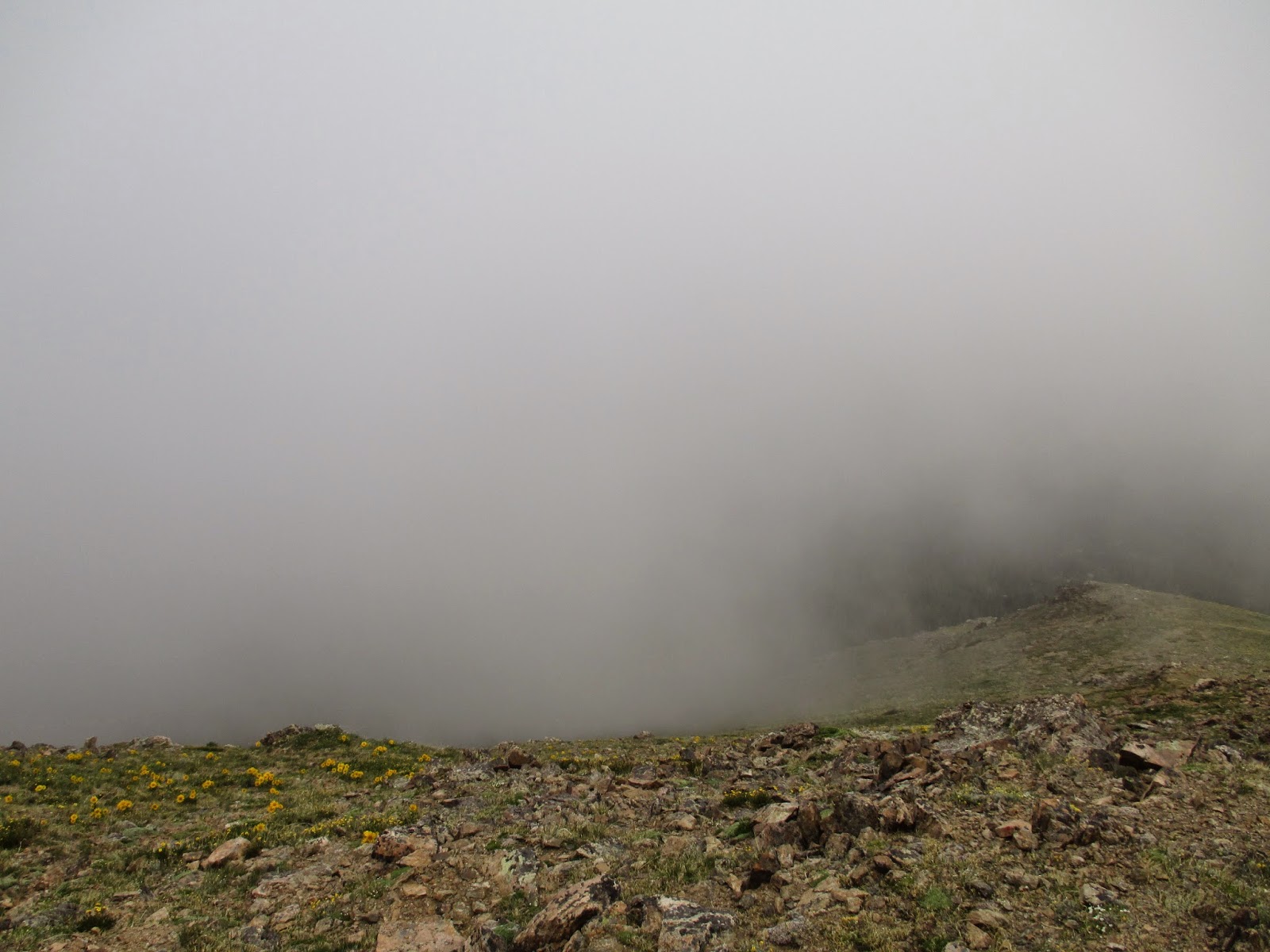 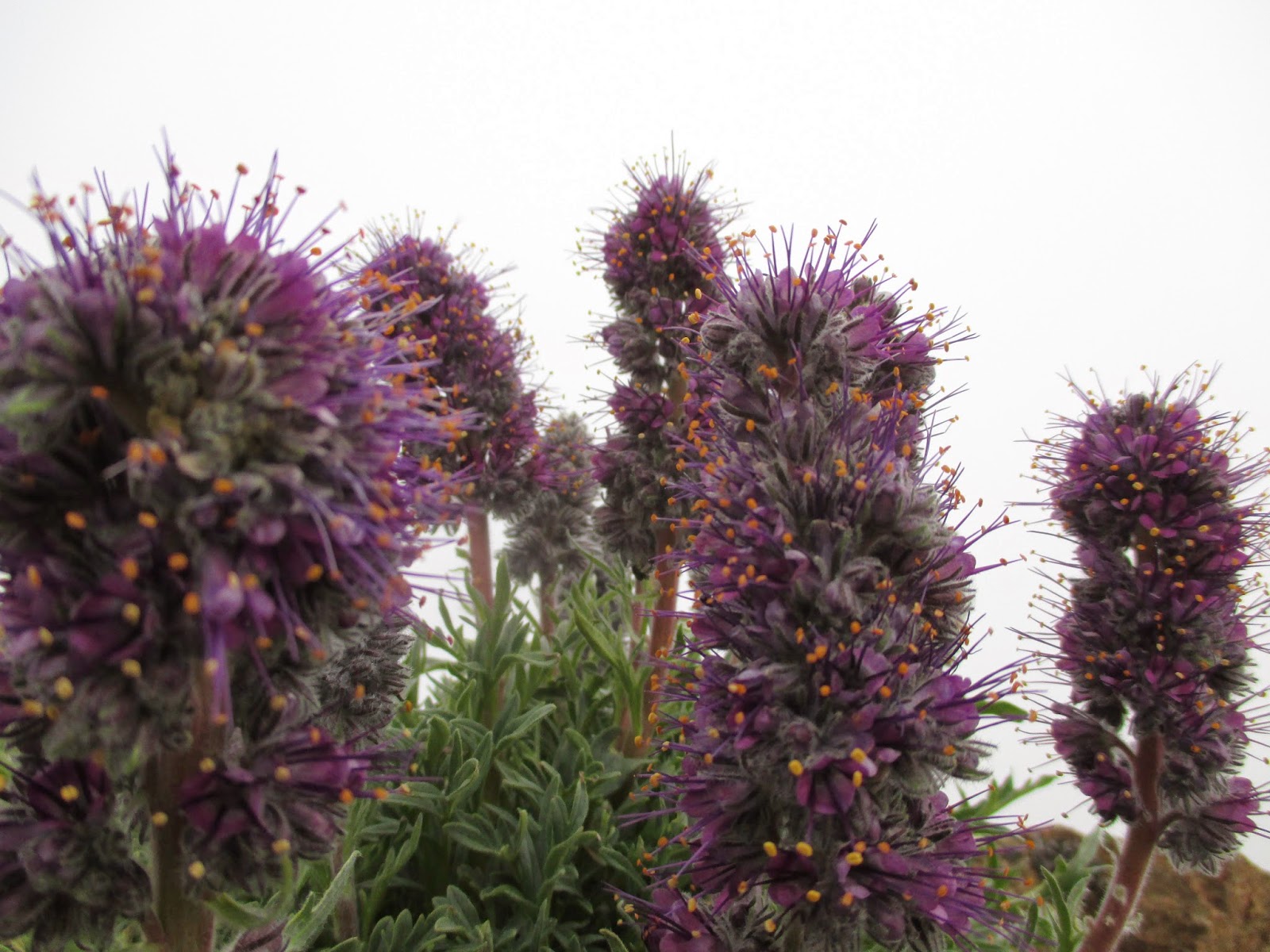 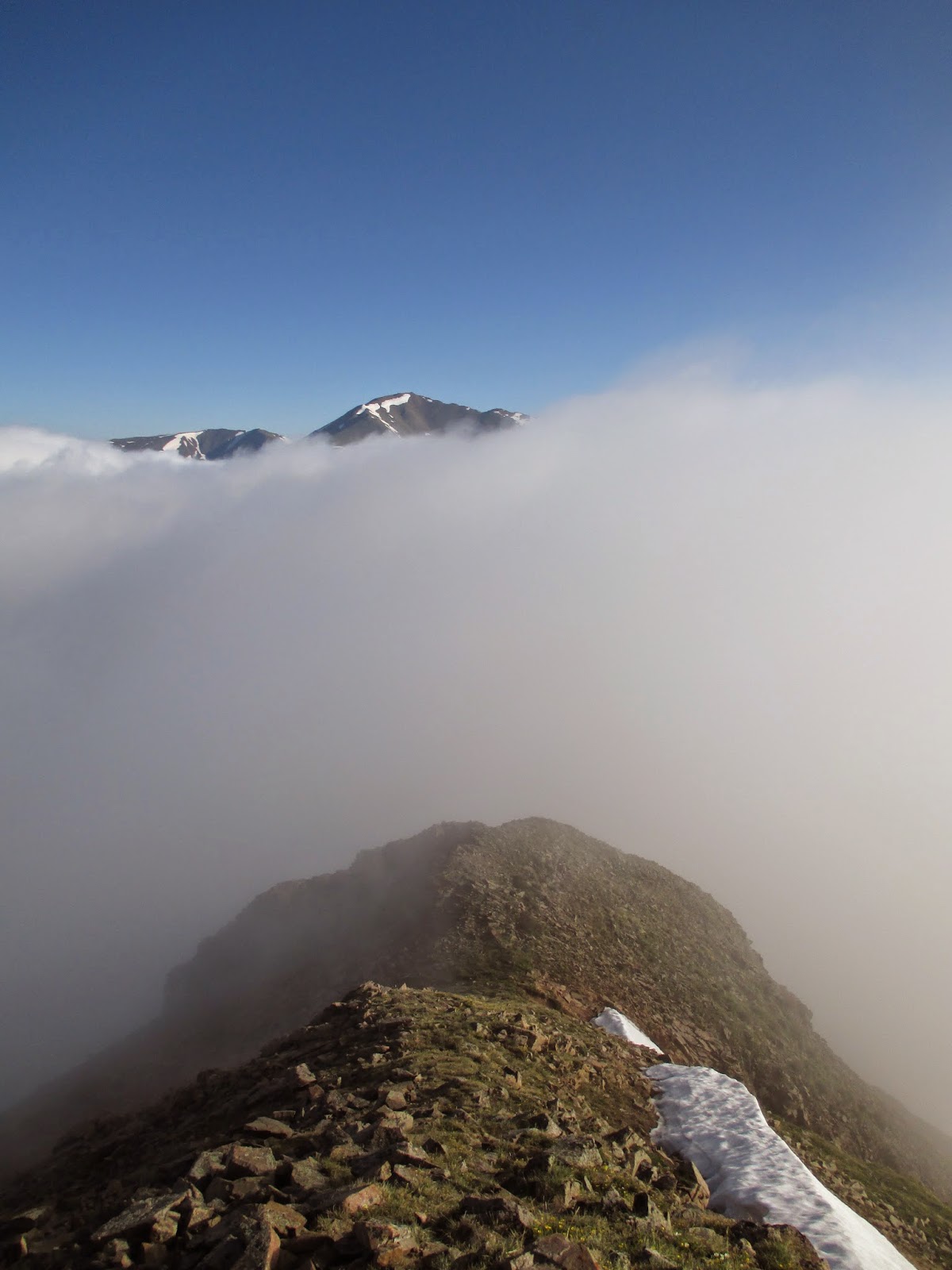 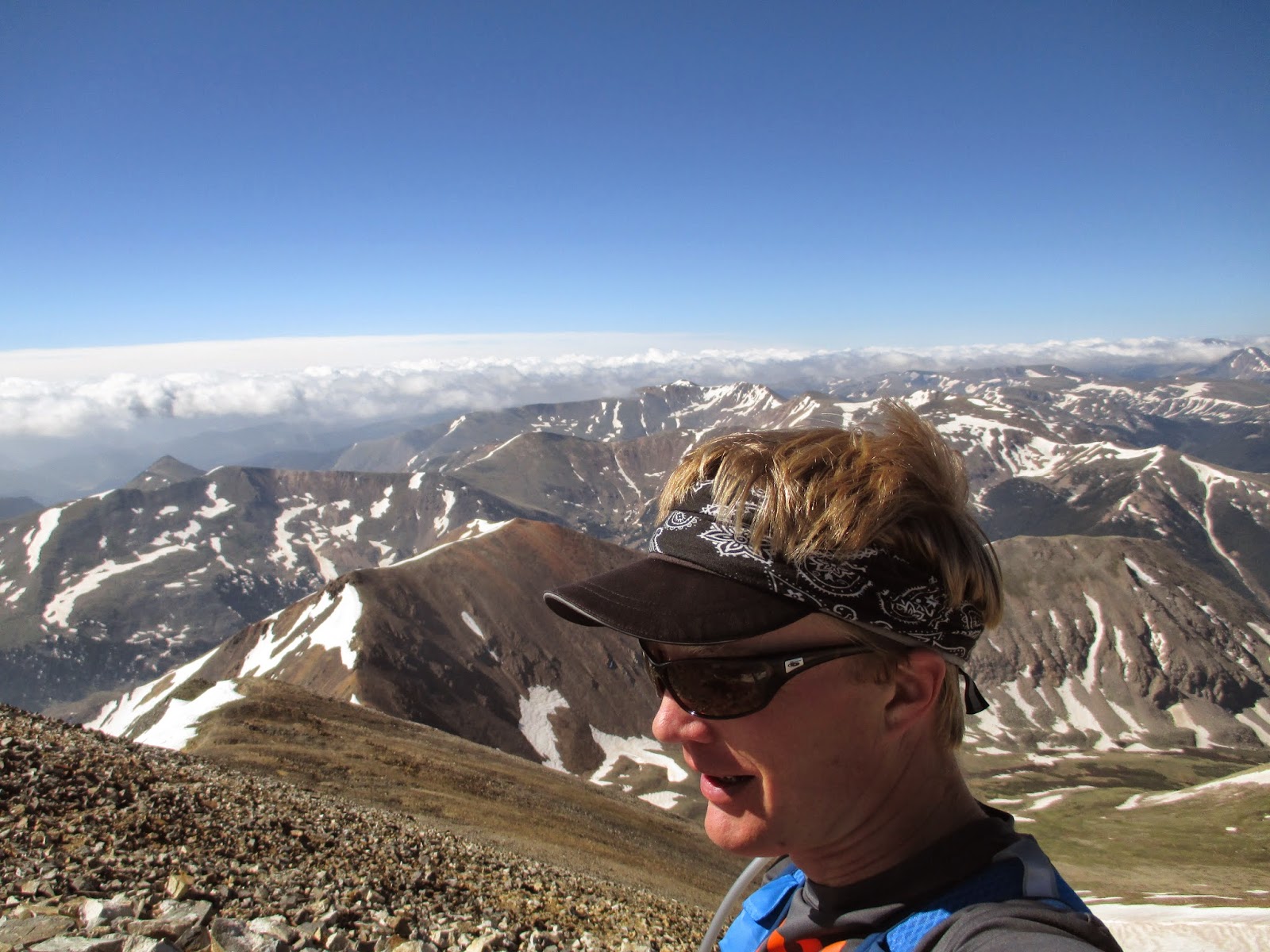 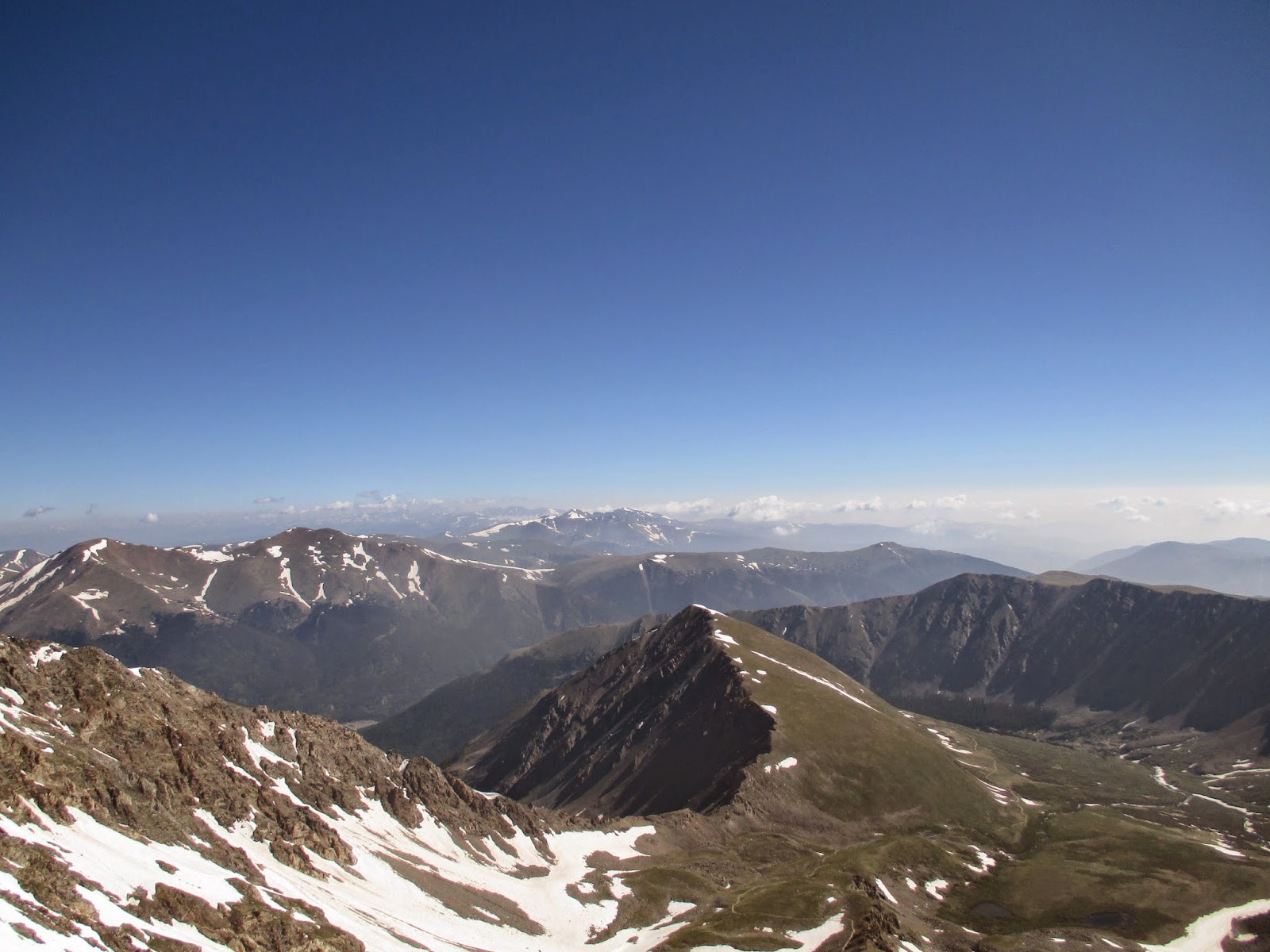 Monday was another go at the Congressional Circuit. I elected to do this loop again because it has the most vertical gain (4,800') with the most "running". I'm doing the US Skyrunning Sky races, which are much faster then I have been training for, so I wanted to get in a run instead of a run/power hike. I also tried out the La Sportiva Bushido's for this run - I've been enjoying the Bushido's, and think they are the perfect Vertical K or similar type of race shoe, but wanted to try them on a longer run. I still could not break my fast time from a few weeks back, but did come close at 3:02:12. I stopped to take a photo of the shoes against a field of Old Man of the Mountain flowers, since they seemed to be the perfect color. I don't know how I will do at Kendall Mountain (probably get whipped by the runners who actually run...), but am hoping that some of this mountain training will pay off for the La Maratona Verticale. The Bushido's worked great, and I'm working on a review of them, but for now my thoughts are still that these are great short mountain shoes, but for anything longer then say 10-15 miles I would want a different shoe (like my Cascadia 9 or something). 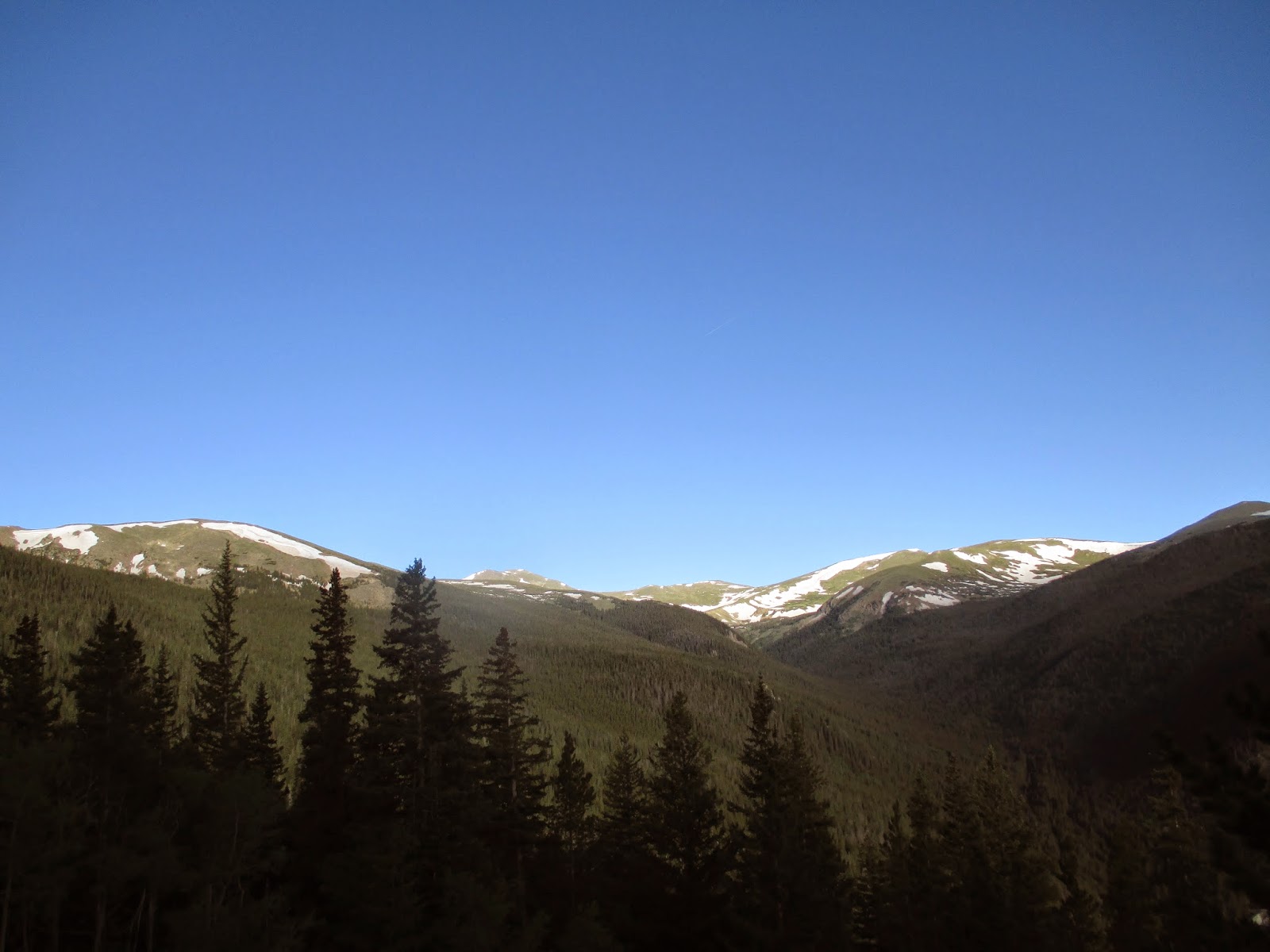 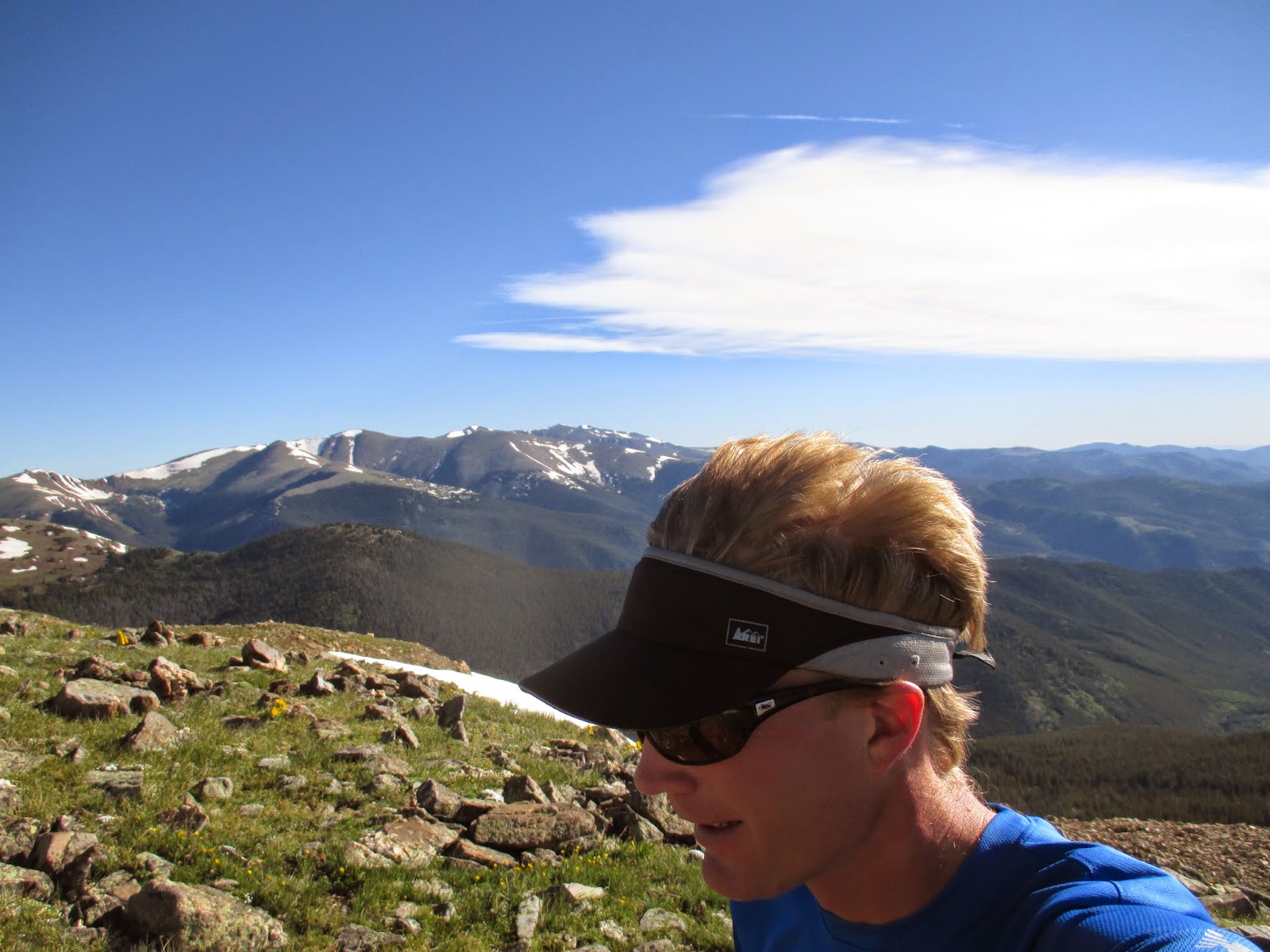 Another super windy morning up high. 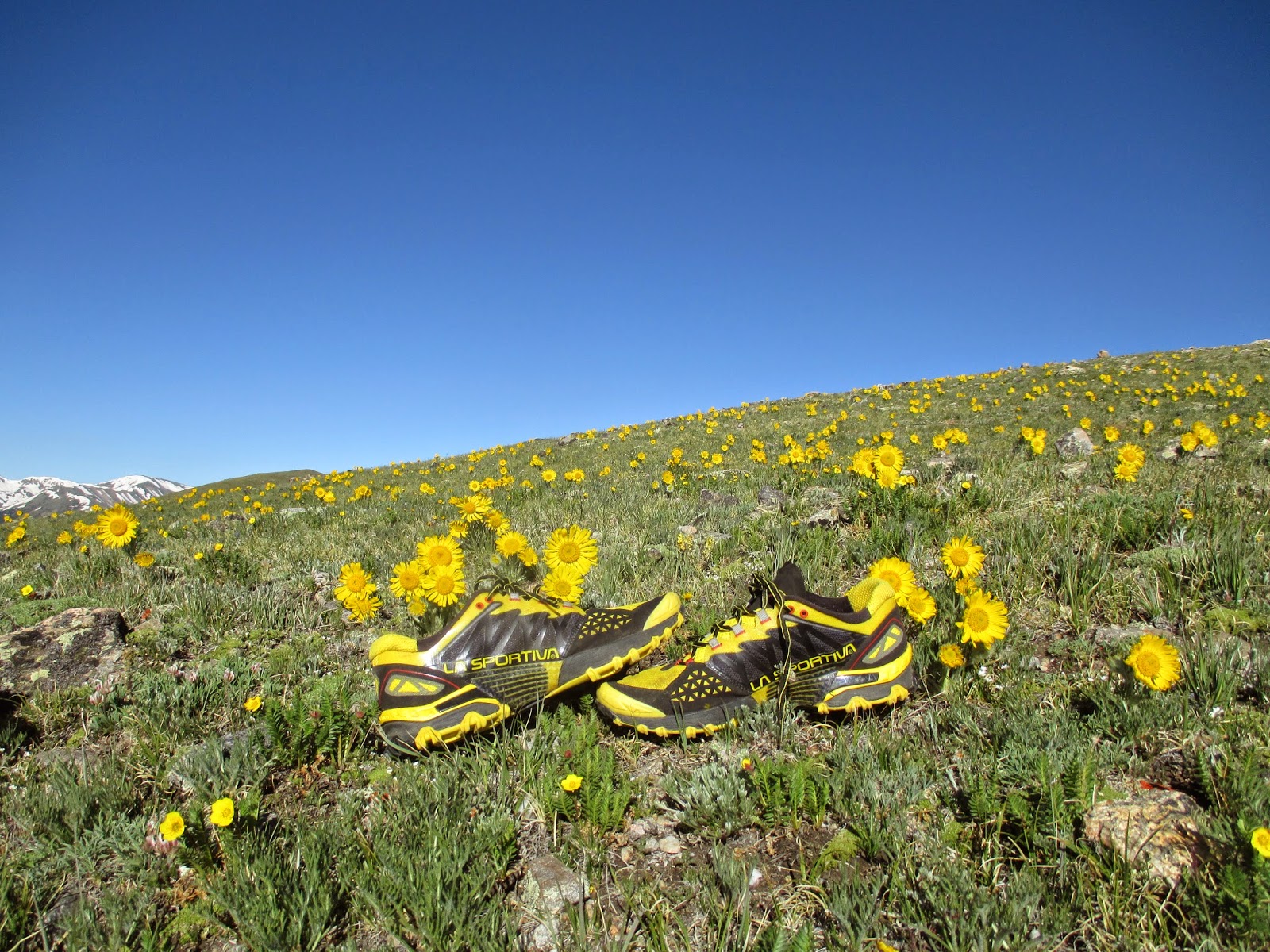 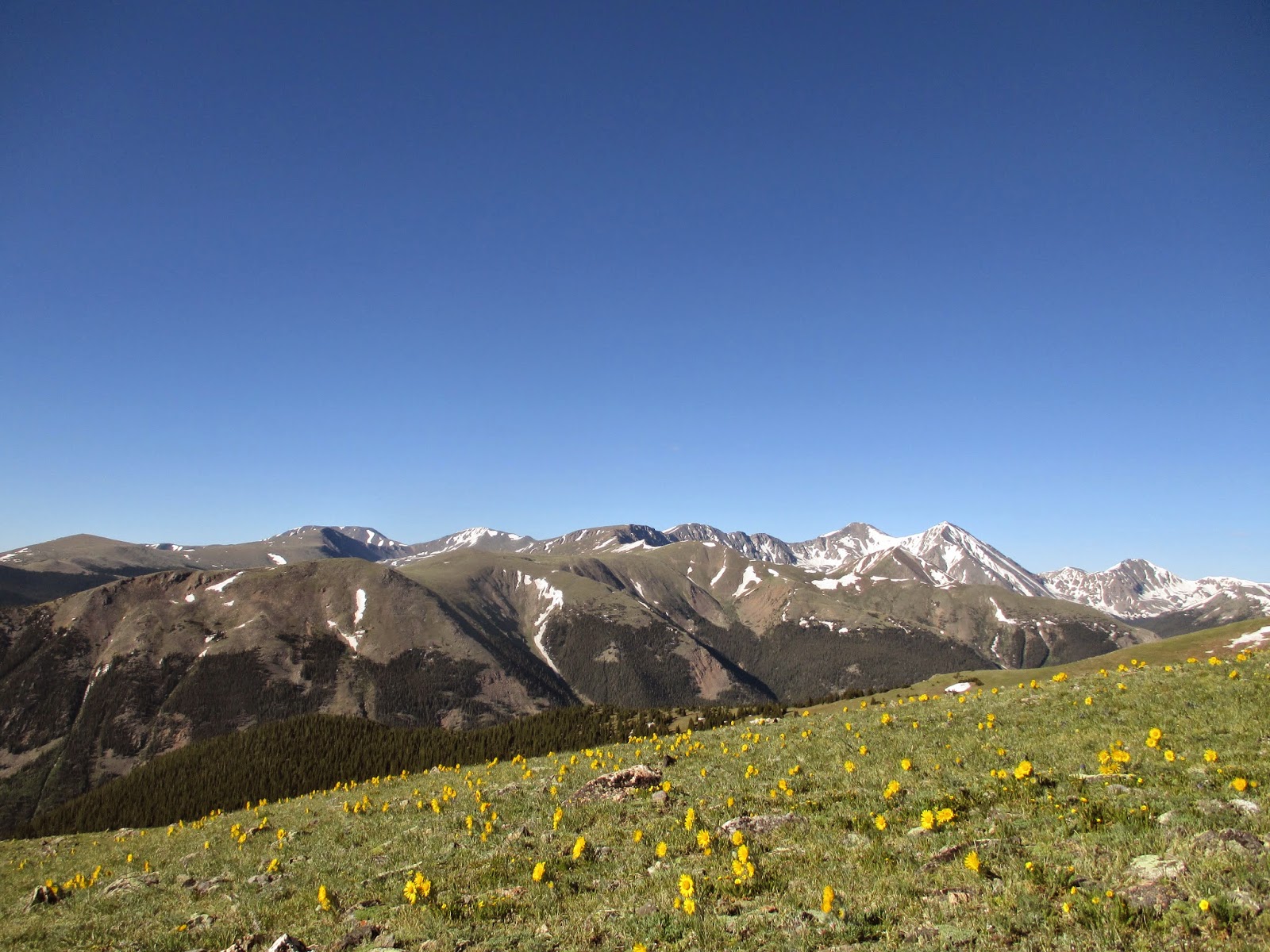 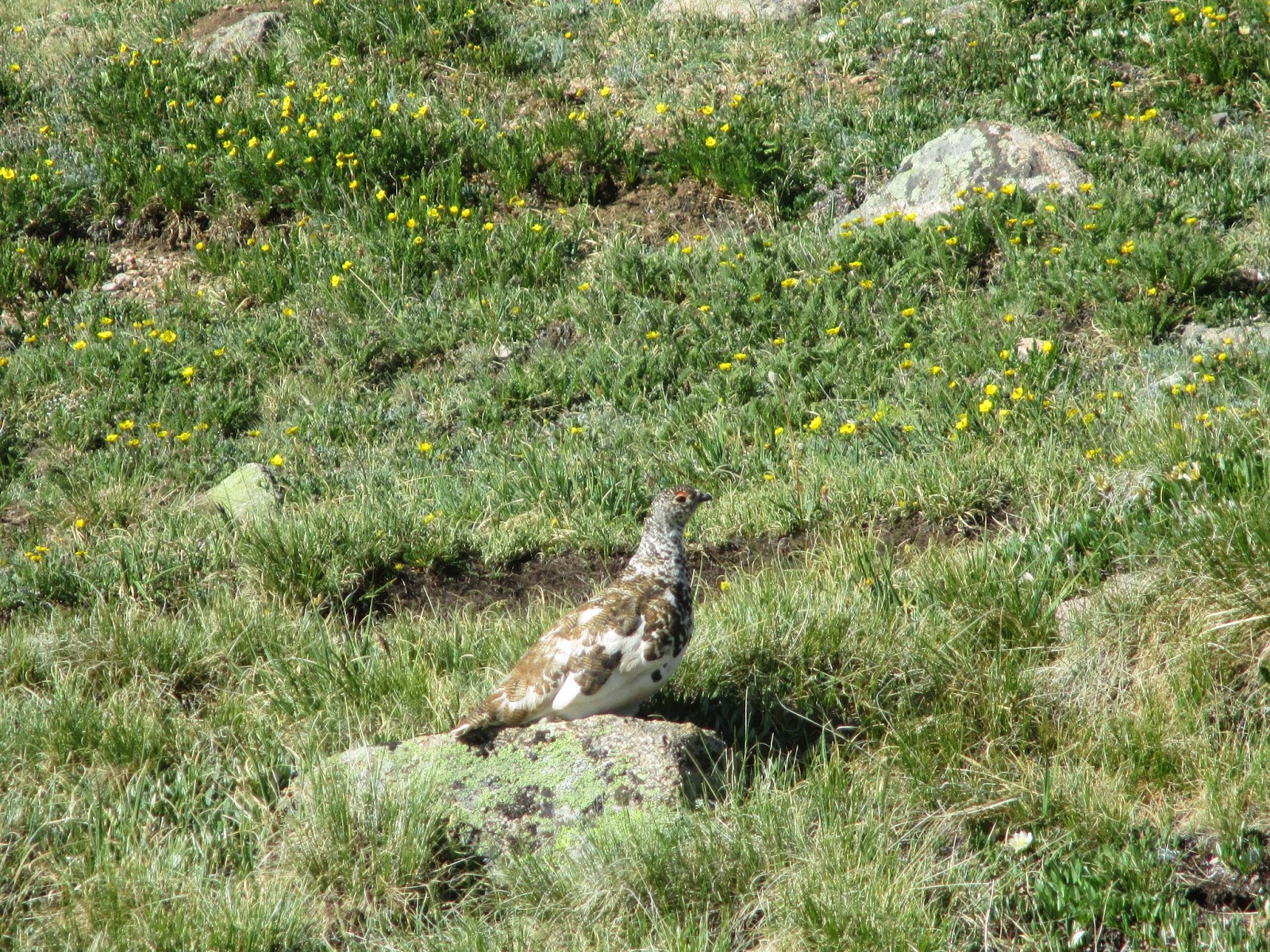 June turned out to be a solid month for training. Despite working two jobs, I was able to get out and put in some solid vert and miles.

I'm hoping to put up similar numbers of July and the beginning of August. Then it will be time for a couple mountain projects. I had planned on a big traverse at the end of June, but with the snow (both from the winter, and the stuff that fell on the 28th) that was put on hold until late July, early August. It was probably smart, because it would have most likely pushed me over the edge. I feel pretty good overall, although I am worried about my speed, especially for Kendall and any other race that I might randomly jump into. I've tried to do one speed session per week, as well as one rest day, and although I've had some indications that my speed is OK (for me, I've never been fast), I'm sure it has dropped some. I guess you can't really do both - as they say, it is all about specificity.