Marshall Ulrich ran for 52 days across America, through Death Valley, the mountains of Colorado, the snows of Pennsylvania, the colors of Central Park, the whole majesty of the nation and all its wicked weather.

As word spread Tuesday that he was setting all kinds of records, Manhattanites joined him on his final triumphant miles, down the middle of Broadway to City Hall as dark crept in on Election Day.

"People cheered me on, policemen on horses gave me the thumbs-up," Ulrich, 57, who lives in Idaho Springs, said today. 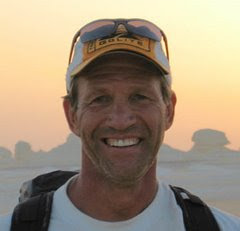 "It was just after dark, about the time the polls closed, but there were so many lights I didn't need my night gear," Ulrich said. "We got to city hall and past security. I finished with my wife. Without her, I couldn't have finished it, or even started it.

"She's been an extraordinary person and wife and friend."

Ulrich, who has run more than 100 races of more than 100 miles, easily smashed the 50-and-older record for running across the nation. For good measure, he also broke the record for 40-year-olds and above.

He thinks it's the third or fourth fastest time ever. The record for the 3,043-mile trek is 48 days set by Frank Giannino in 1980. Giannino was there at the finish to congratulate Ulrich.

Ulrich ran for himself, but also for a United Way campaign to battle obesity in the United States. He's not yet sure how much money he raised, but is sure that he raised some awareness.

He started at San Francisco City Hall in mid-September, weighing in at 162 lbs.

Read more about Ulrich and his amazing run here or check out his blog here.